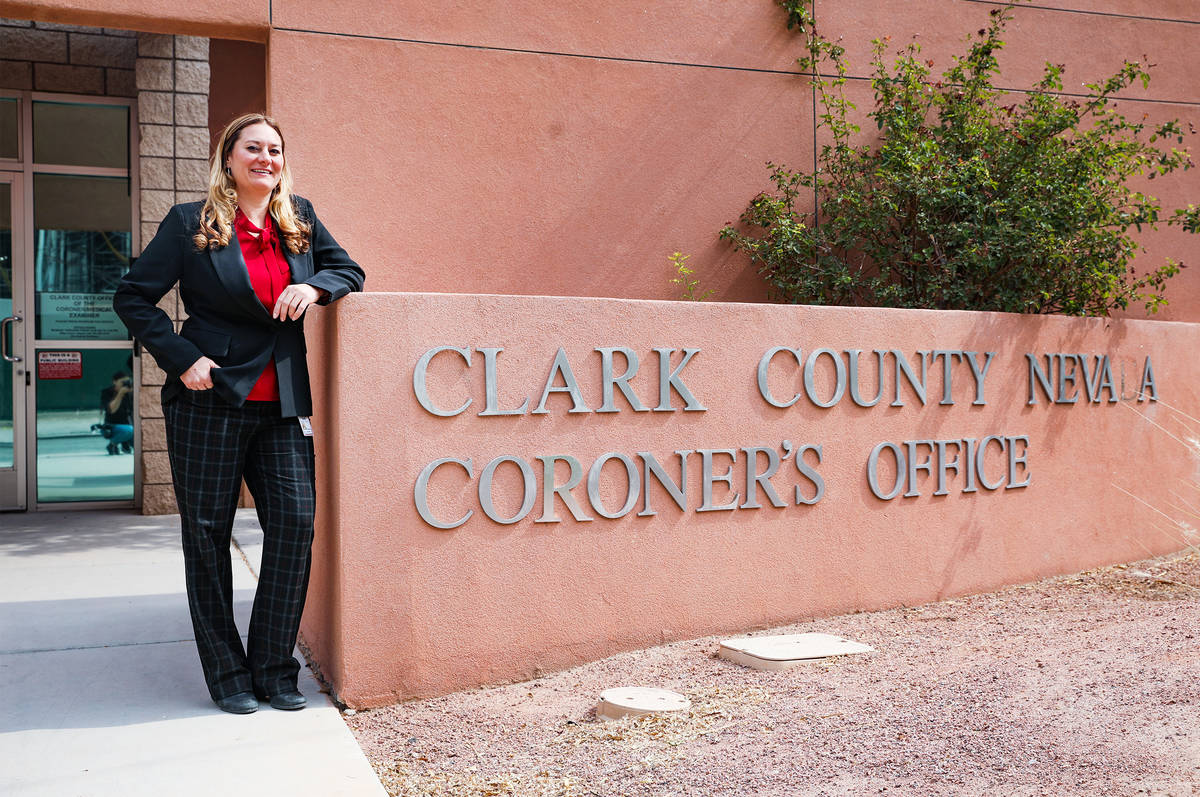 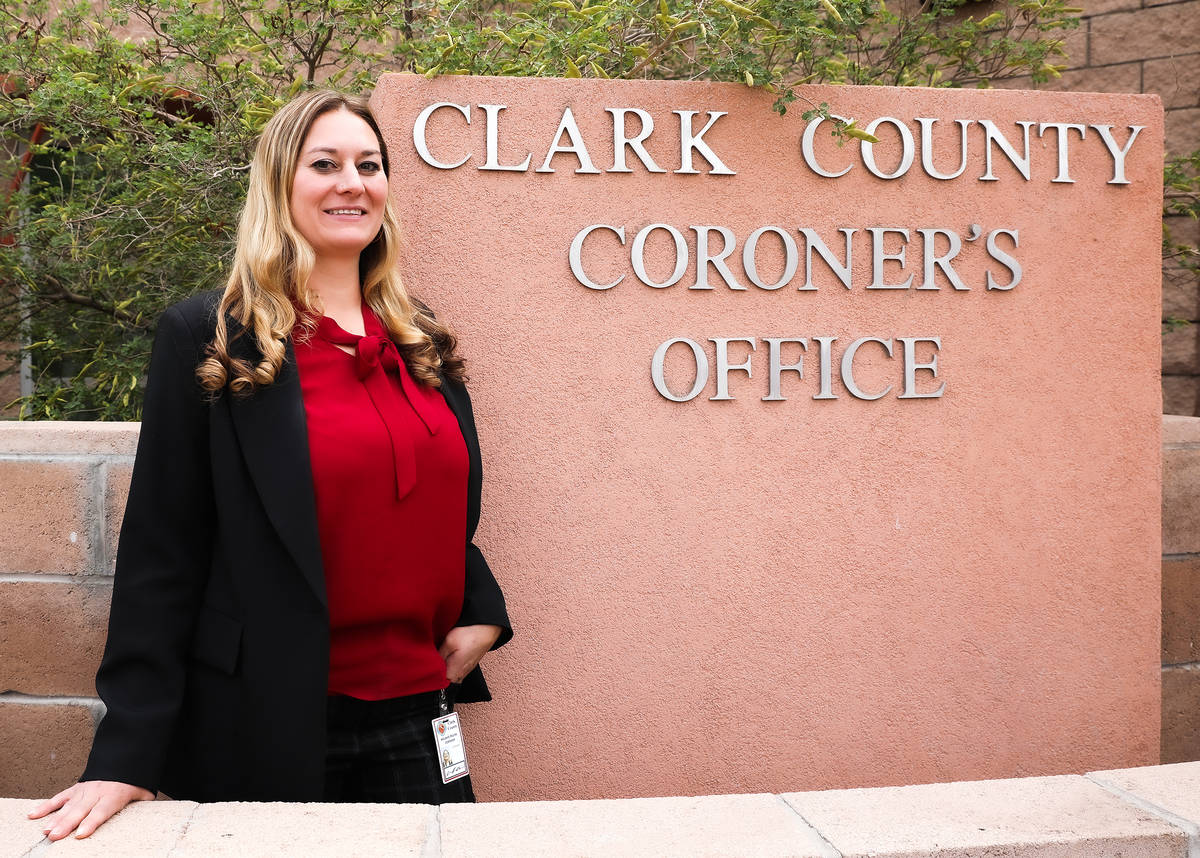 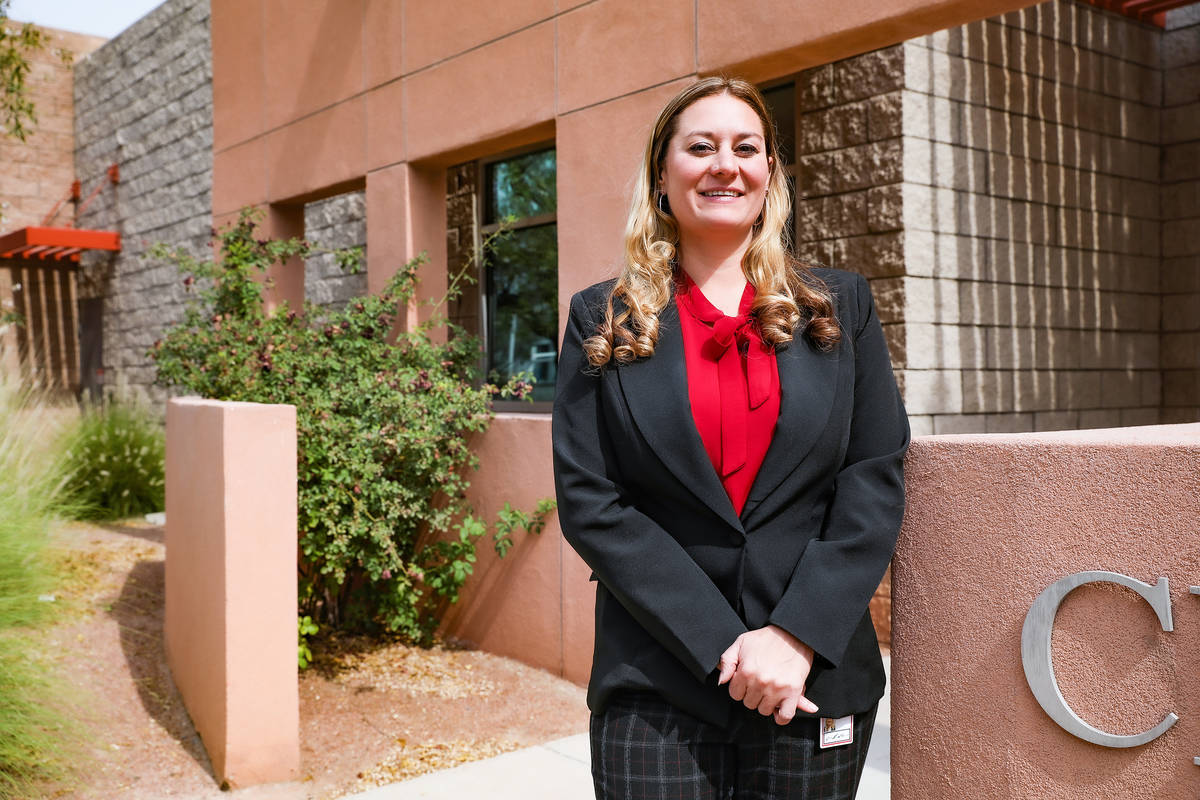 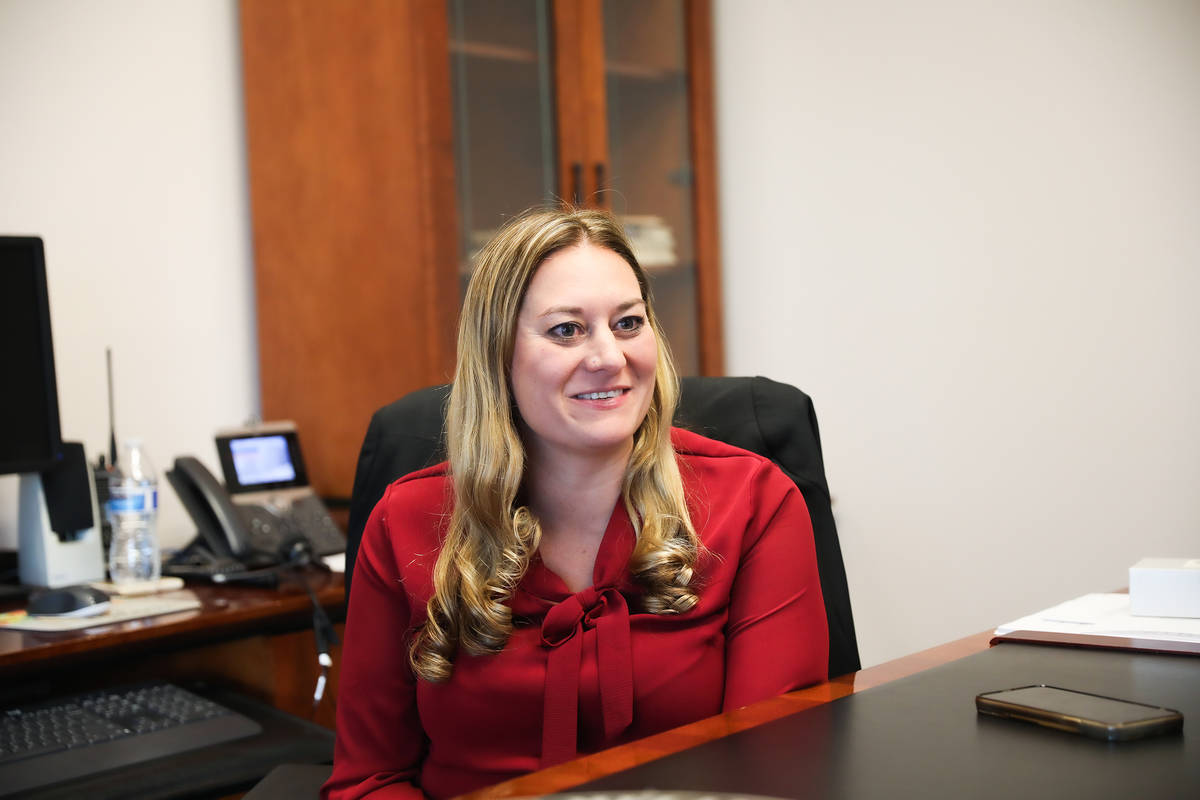 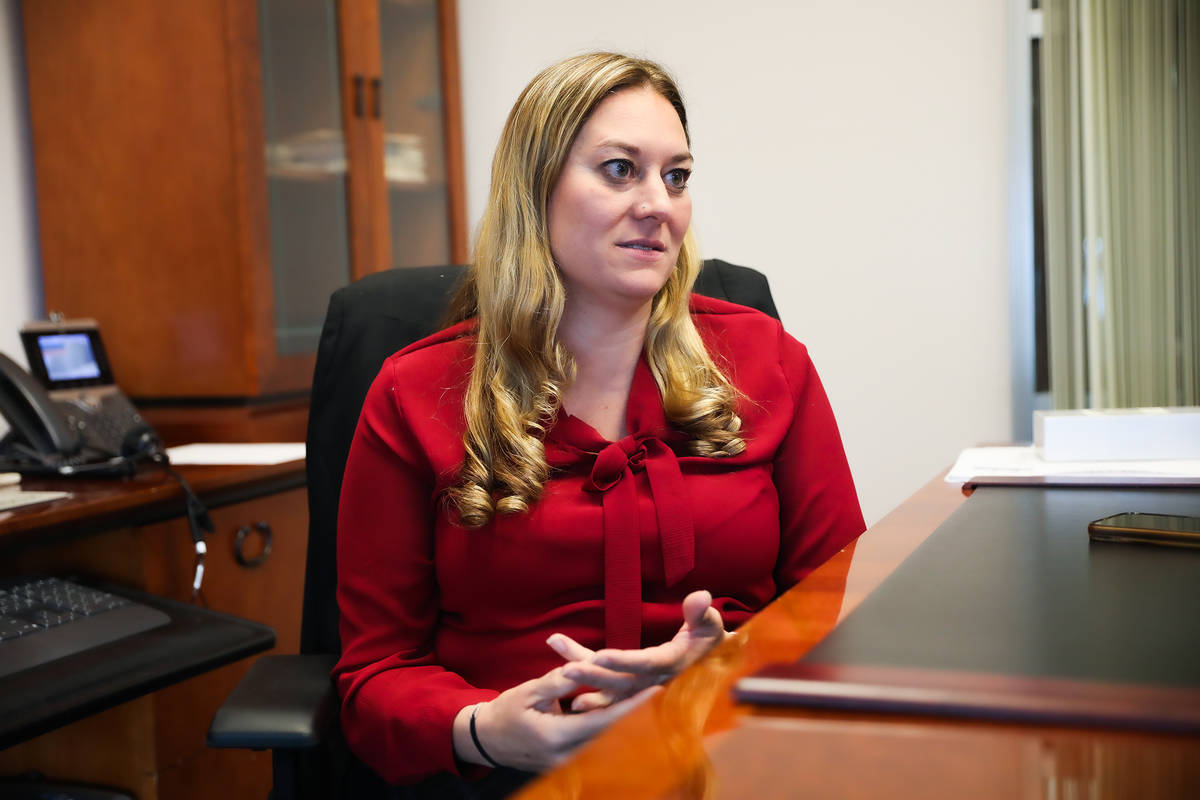 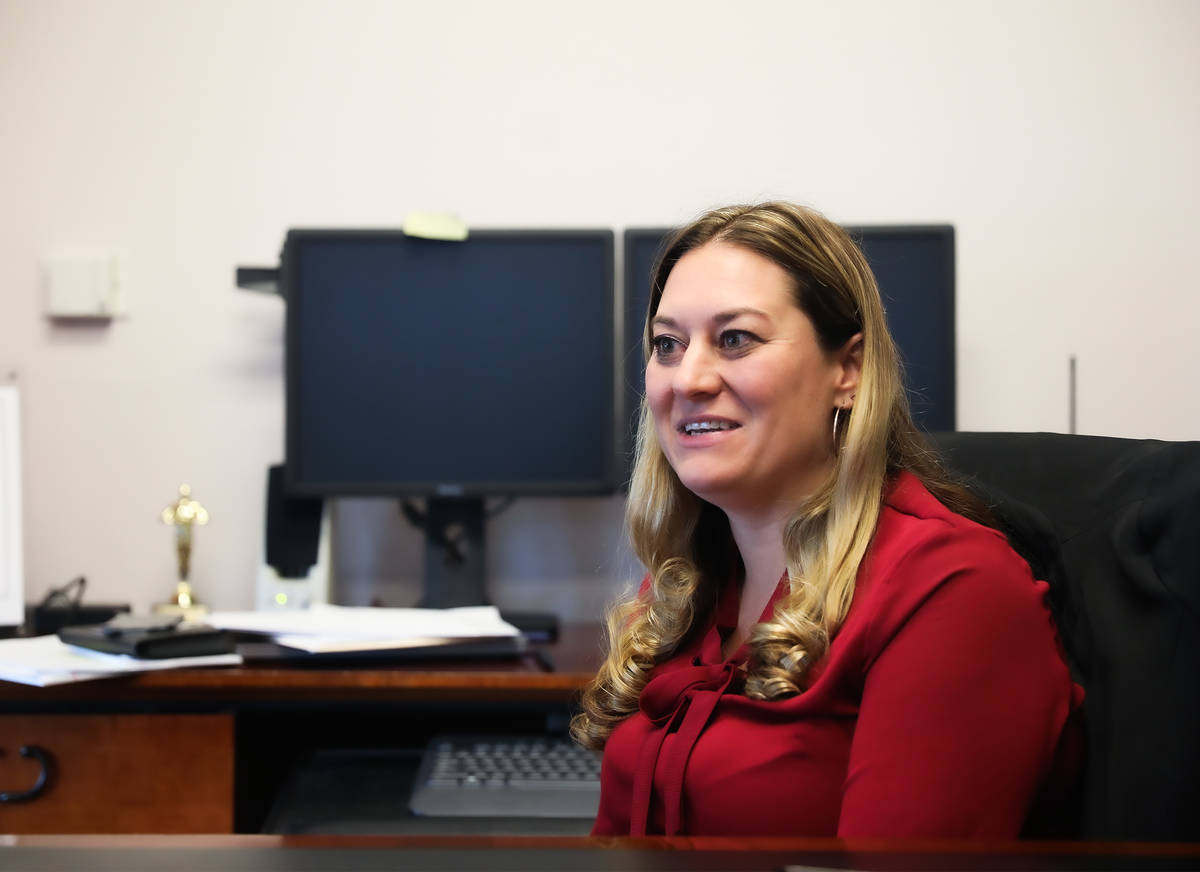 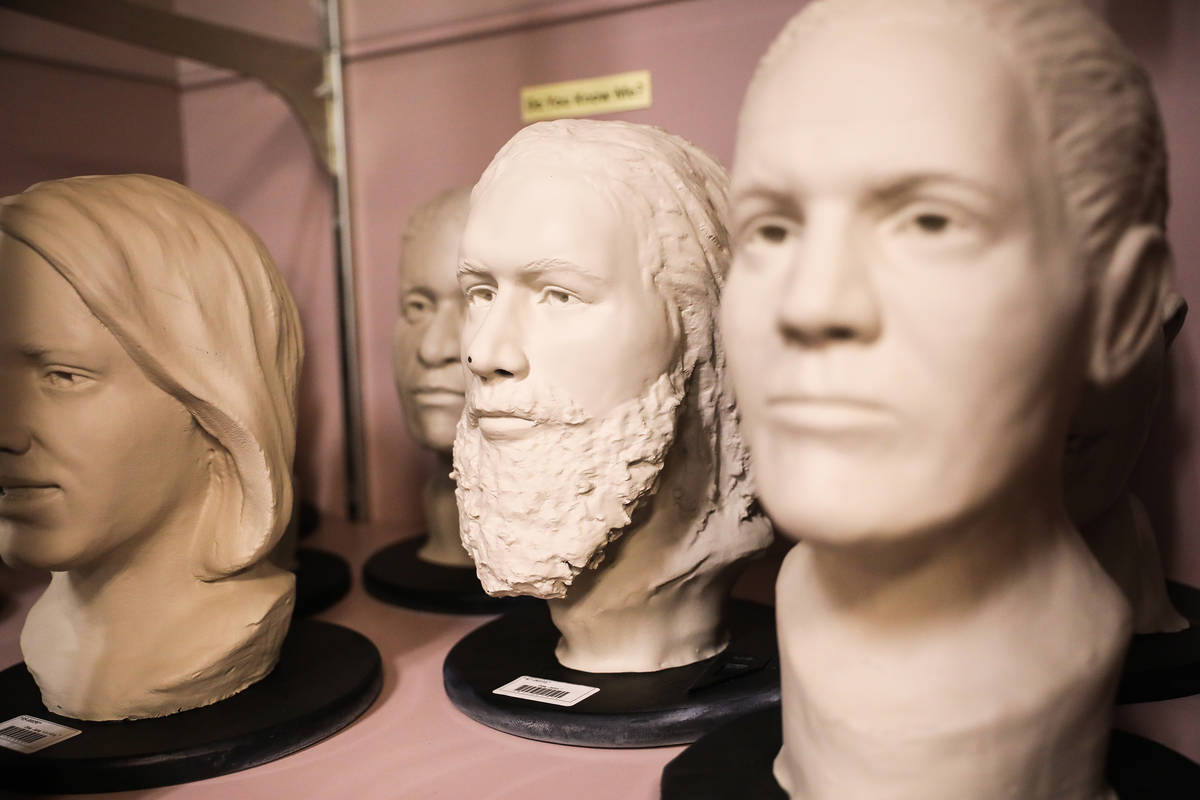 Modeled heads of unidentified, and some that have been identified, bodies at the Clark County Coroner Office Thursday, June 17, 2021, in Las Vegas. (Rachel Aston/Las Vegas Review-Journal) @rookie__rae 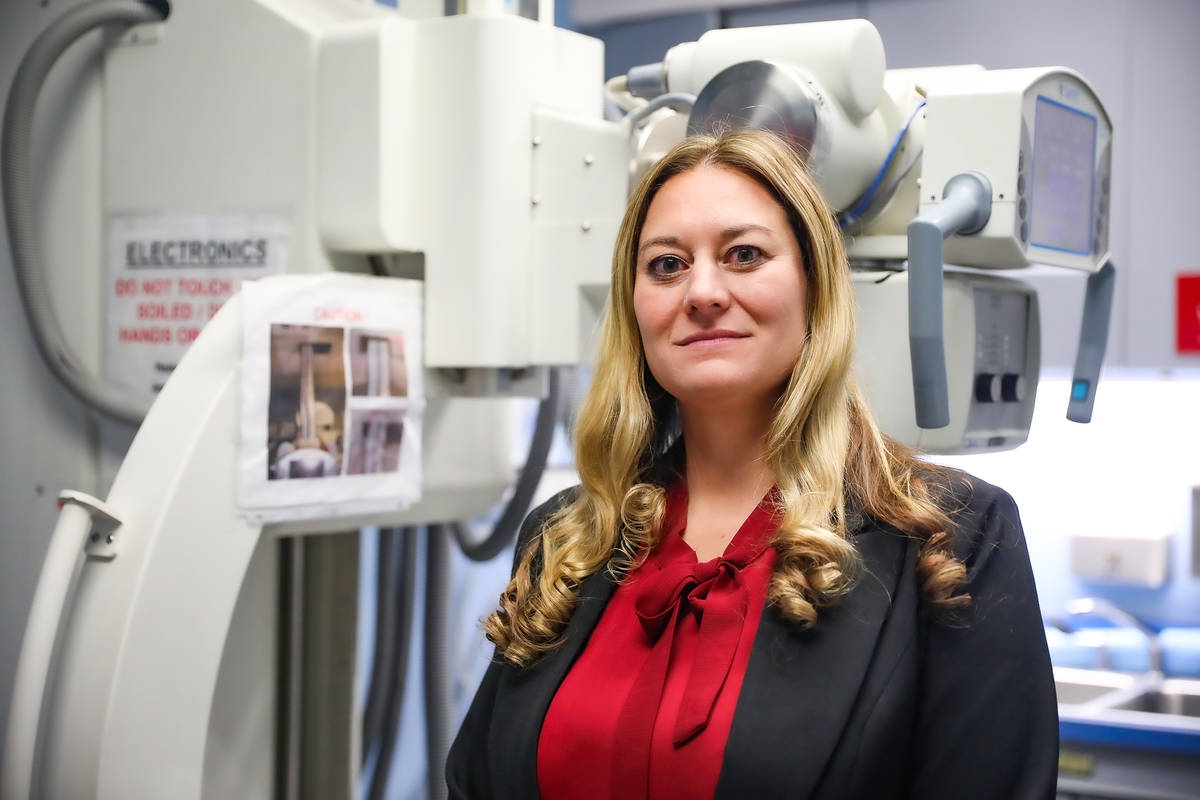 “I can say right now I haven’t decided to make any huge changes,” she said Thursday in an interview with the Las Vegas Review-Journal. “My goals are just to become a leader in the industry. I think it’s a great operation, and we have a lot of great things in place. I think it’s just a matter of fine tuning some of those things and making ourselves a trusted department.”

Former Coroner John Fudenberg retired in August after five years in the position. His predecessor, Murphy, stepped in as acting director until Rouse arrived.

Rouse’s new position means she will sign off on death certificates and work with local toxicologists and an in-house team of forensic pathologists to determine the cause and manner of deaths in the county.

The Clark County coroner’s office investigates only deaths that may not be natural, according to county spokesman Dan Kulin. He said people who die alone in their home, in a car crash or by suicide would all be investigated by the coroner’s office. In 2020, that resulted in 2,667 cases investigated.

The coroner’s office also calls family members to identify the decedents and coordinate the body’s next steps with the family.

Last year the coroner’s office had a 550 percent increase in the number of child drug deaths, from two children to 13. Overall, the coroner investigated at least 561 drug overdoses last year. The number of suicides in the county declined overall, but there was a reported increase in suicides among children.

Clark County has about half the population of Rouse’s previous market, where she most recently served as chief medical legal death investigator. Maricopa County has a population of about 4.5 million, and Rouse said the examiner’s office investigated about 5,000 cases annually.

Prior to her time as legal death investigator, Rouse worked with other nearby agencies to create mass fatality and disaster plans. She was a member of a Disaster Mortuary Operational Response Team, which helped local mortuaries during mass casualty events to connect loved ones with victims and identify the deceased. Her job sent her to assist with the Yarnell Hill Fire in 2013, which led to the death of 19 firefighters, Rouse said.

Rouse and her two children lived an active lifestyle in Arizona. Rouse said she is looking forward to finding a new home to play recreational soccer; her son is looking for a gym to coach gymnastics again; and her daughter is joining a competitive cheer team.

As the first female coroner, Rouse said she’s excited to see more women pursuing science since she began her career.

“It’s a very exciting time to be a female stepping into a leadership role at such a large, wonderful office,” she said. “I hope that I can be a leader for young women entering the field. I think it’s great to see a huge shift from when I first started in this career.”