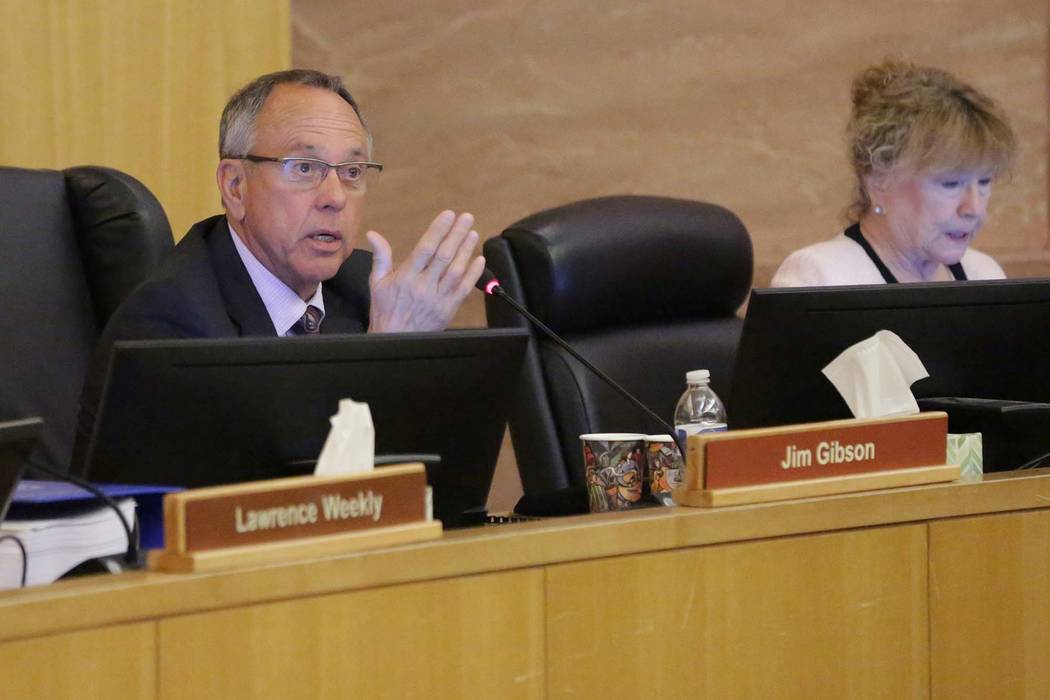 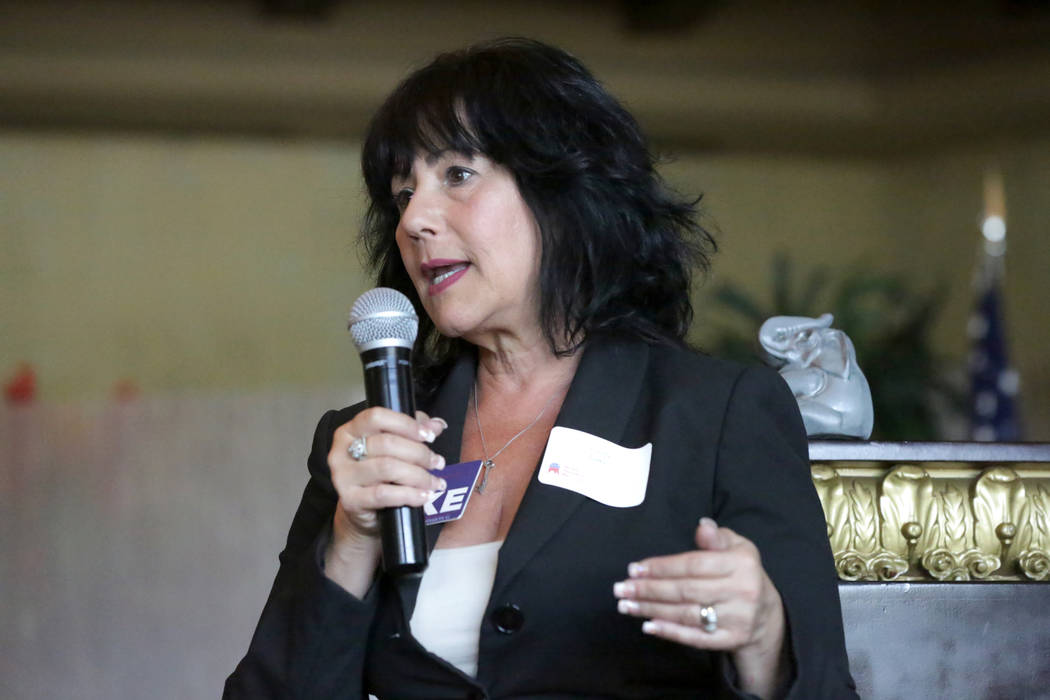 A Clark County Commission candidate has accused her opponent, a seated commissioner, of not disclosing a business relationship with the builders of the Las Vegas football stadium.

Republican Cindy Lake made the claim during the public comment portion of Tuesday’s commission meeting. She said Commissioner Jim Gibson’s waste-management company, Western Elite, announced a contract to work on the stadium construction project months after commissioners voted in April to sell $750 million in bonds to build the stadium.

Lake questioned why Western Elite Vice President Scott Seastrand was quoted in the announcement, but Gibson, the company’s president, was not mentioned.

“I think you would have been proud to announce to the world that your company had received a contract from the stadium that you had just voted for,” Lake said to Gibson, a Democrat.

Gibson said after the meeting that Western Elite is one of multiple companies hauling trash from the stadium site and is not under contract.

“It never occurred to me that the fact of Western Elite being one of the companies that provided dumpster service should be disclosed,” he said. “I did nothing wrong … her assertions are simply misinformed, misguided and intended only to attempt to gain some kind of an advantage in the election.”

Lake cited a July press release posted on nevadabusiness.com that quoted Seastrand as saying the company would “assist with eliminating” and recycling some 12,000 tons of debris at the stadium while it is under construction.

On Wednesday, Seastrand released a statement saying that Western Elite provides services on an “as-needed basis.”

Paul Dudzinski, project director for stadium builders Mortenson Construction and McCarthy Building Cos., wrote on Wednesday that Western Elite, Republic Services and A Track Out Solution all provide dumpsters and haul waste from the site. The statement did not disclose how much any of the companies are being paid.

Gibson said that it is not inappropriate for Western Elite to perform work at the stadium because the county does not own the site or control what companies are hired by the stadium builders.

“Our duty (as commissioners) was to authorize the bonds, but we had absolutely nothing to do with the day-to-day operation, the supervision or management of the site,” he said.

Lake contends that Gibson’s company is being paid for work on a taxpayer-backed project and said she plans to file an ethics complaint with the Nevada secretary of state’s office.

“Jim Gibson did do something wrong,” Lake wrote in a statement. “He voted to put Clark County in debt for 750 million dollars from which he his personally benefiting.”

Gibson and Lake are running for the District G county commission seat, which covers Henderson and Boulder City.