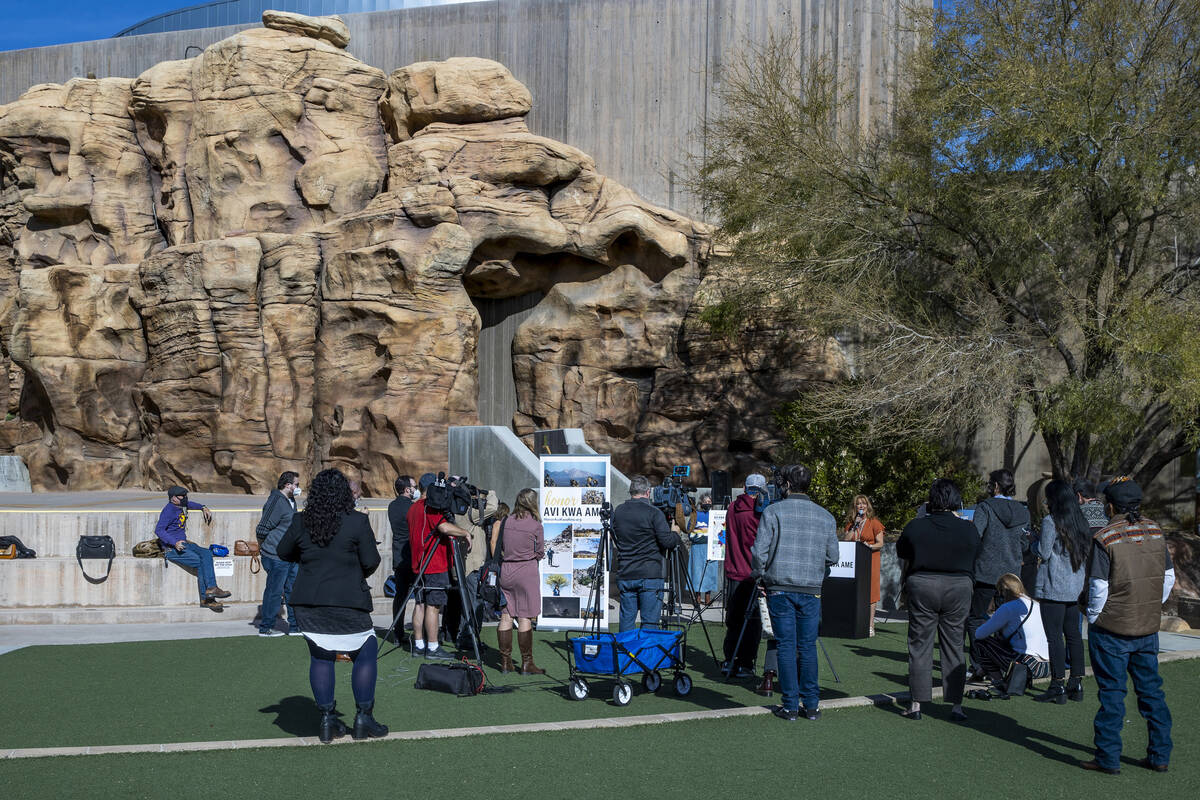 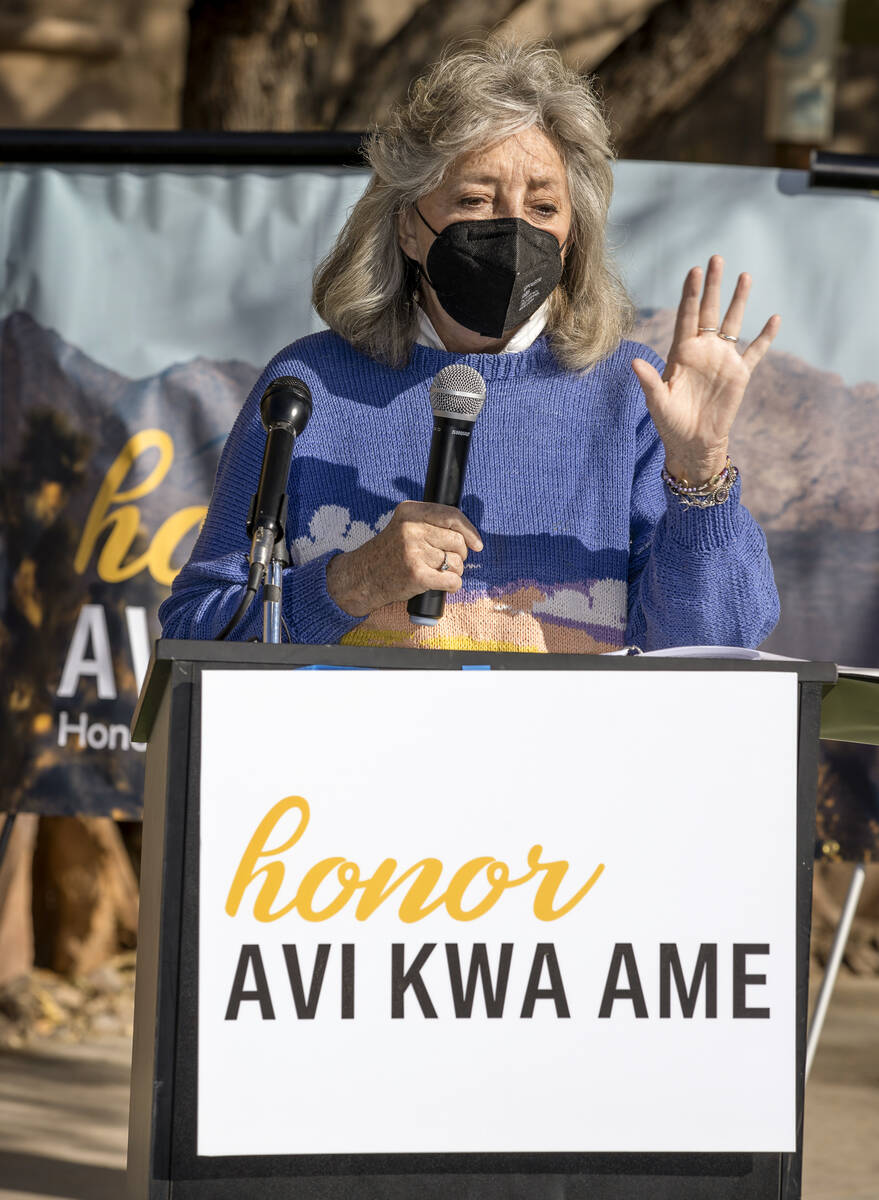 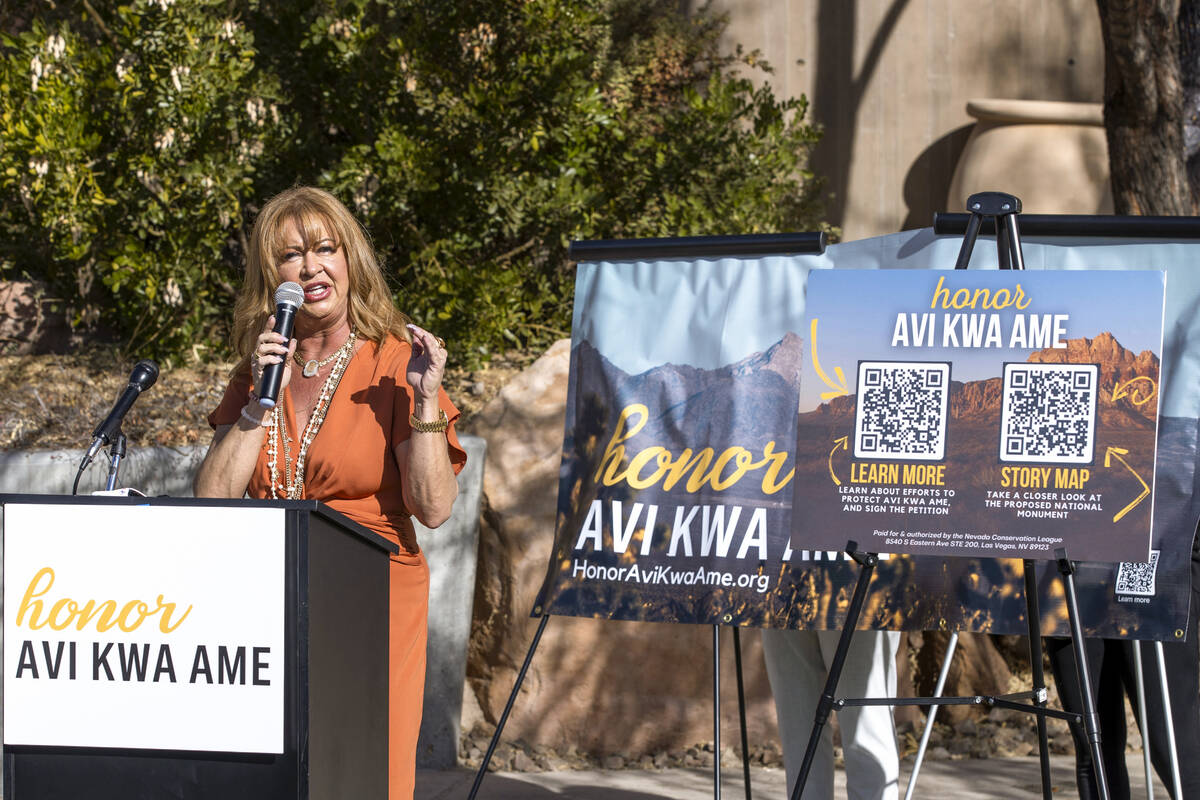 Laughlin Town Advisory Board Chair Kathy Ochs speaks about the bill to designate Avi Kwa Ame, the Mojave name for Spirit Mountain and its surrounding landscape, as Nevada's newest National Monument during a news conference at Springs Preserve on Friday, Jan. 14, 2022, in Las Vegas. (L.E. Baskow/Las Vegas Review-Journal via AP)

The item was been approved as part of the consent agenda at Tuesday’s commission meeting. Efforts to obtain national monument status for Avi Kwa Ame have been more than two decades in the making.

Indigenous tribes have sought permanent protections for the swath of desert land near Searchlight since at least 1999, when nearby Spirit Mountain was designated a traditional cultural property by the National Park Service, according to Shan Lewis, vice chairman of the Fort Mojave Indian Tribe, which has been credited with spearheading the effort.

It was just last month that Rep. Dina Titus said she would introduce legislation to designate Avi Kwa Ame as a national monument in a news conference from the Springs Preserve. Titus had been ushering in federal protections for 450,000 acres of land sacred to indigenous tribes near the southernmost tip of Nevada.