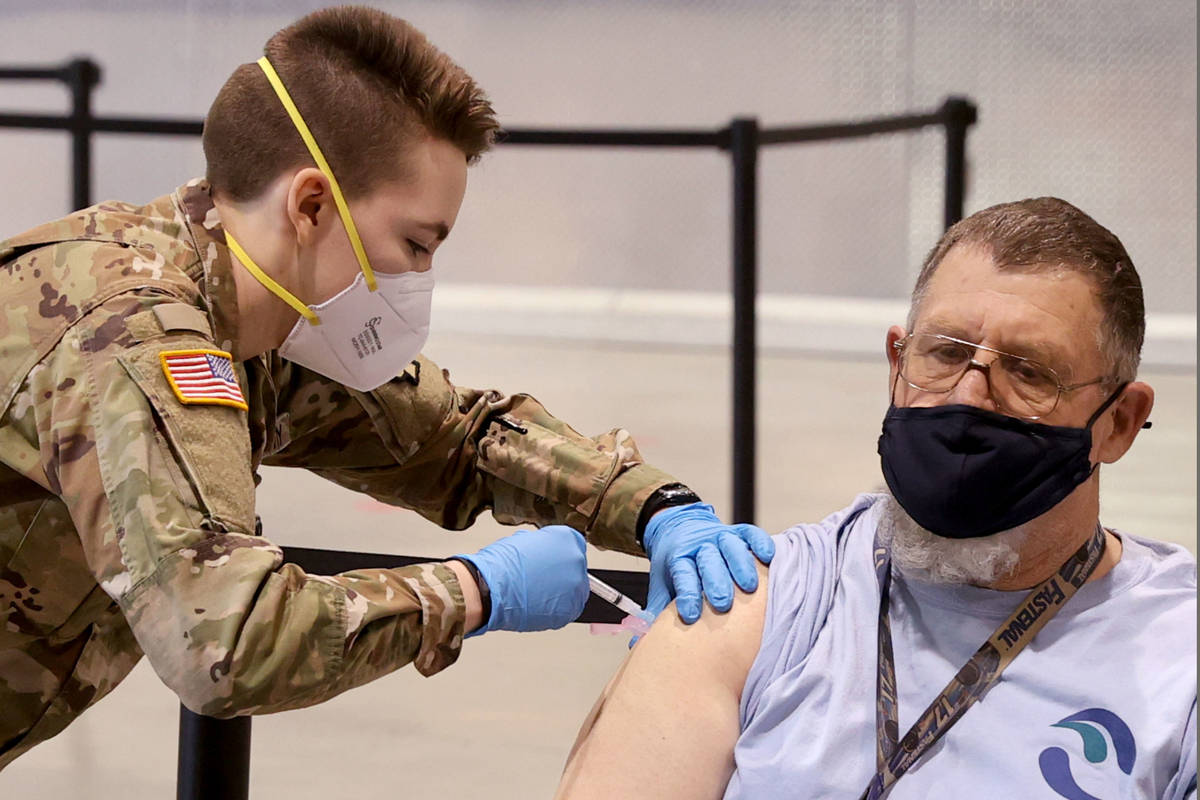 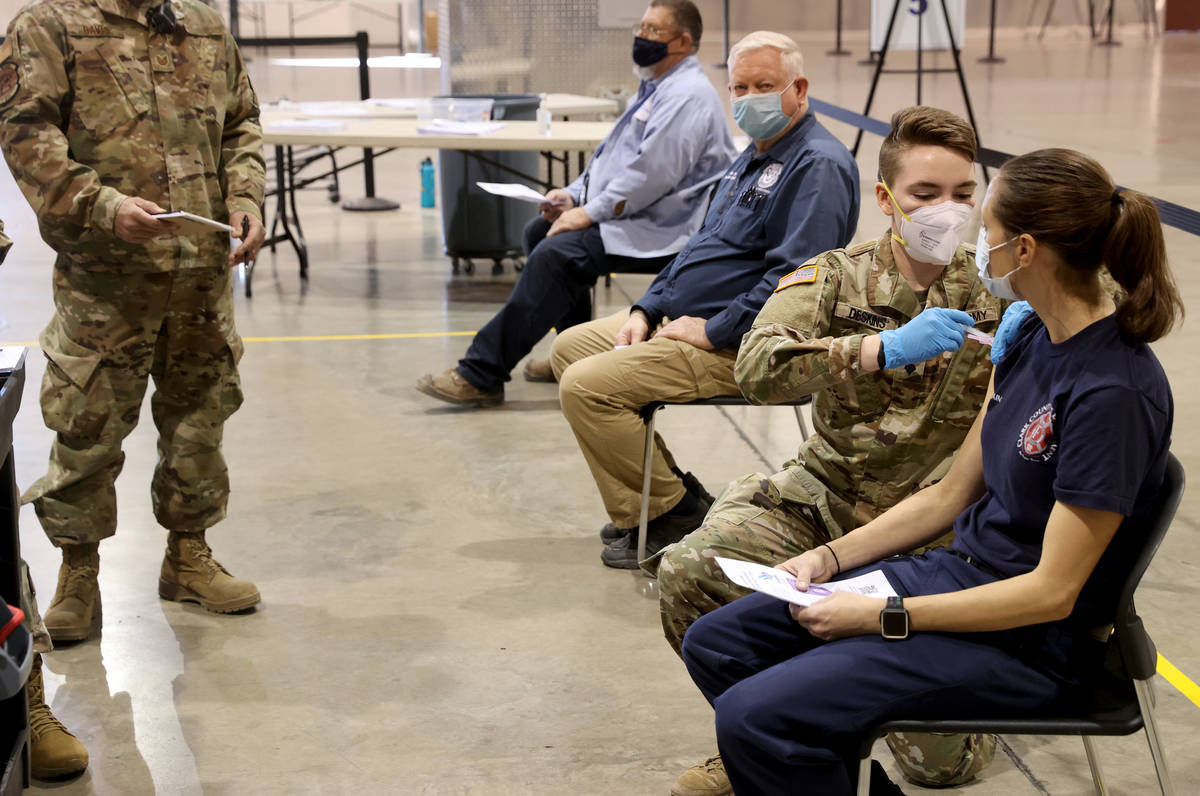 The launch this week of COVID-19 vaccines to those 70 and older in Clark County has led to frustration in countless residents who have been unable to book appointments because of limited vaccine supplies and technological glitches.

When Jerry Lipson, 72, tried to book an appointment this week on the Southern Nevada Health District’s website, there appeared to be none available until August.

“How long can you be patient?” said Lipson, a Henderson resident who recently was hospitalized with pneumonia. “I know there are people a lot worse off than me, but if vaccination is not being made available for 70 plus older, why did Gov. (Steve) Sisolak lower the age?”

But patience is what county officials are urging amid issues with scheduling websites. And even more patience will be required after more groups become eligible next week for limited quantities of vaccine.

“I would ask that the public … please, please, please be patient,” said Clark County Commissioner Marilyn Kirkpatrick at a media briefing Thursday on the launch of a mass vaccination site at Cashman Center.

Kirkpatrick, a member of the Southern Nevada Health District’s board of directors, urged patience as the appointment portal on the district’s website malfunctioned under the high volume of requests, an issue experienced elsewhere in the country in the face of the rapid ramp-up.

“Appointments in our system have only been made available in January,” health district spokeswoman Jennifer Sizemore said in an email Friday.

“We will only be opening up appointment availability up to seven days in advance,” she said. “Most of the available appointments are full; more dates and appointments will be added.”

Older residents said they tried to schedule appointments at multiple vaccination sites in the county to no avail.

Some 600 appointments for vaccinations at Roseman University of Health Sciences on Jan. 23 were filled in less than 30 minutes via the health district portal, spokeswoman Jennifer Bradley said.

“Demand is extremely high,” she said. “We are doing the best we can to open more slots.” Any new appointments will be listed on the health district website.

Appointments are required at all vaccination sites that are open to the public.

“One of the issues that underlies all of this is there’s just not enough vaccine to go around,” said epidemiologist Brian Labus, an assistant professor at UNLV’s School of Public Health. “No matter how we organize things, that fact doesn’t change.”

According to census estimates, there are about 228,149 people 70 and older in Clark County. As of Monday, the county had received 70,450 doses of the vaccine and administered 30,000 doses since shipments began arriving Dec. 14. Most of the allocation went to hospital and front-line medical workers and residents and staff at long-term care facilities, the groups placed at highest priority for receiving vaccine based on a federal guidance.

“The problem is everybody wants (the vaccine), and they want to be first in line, and they’re all competing at the same time” for limited appointments, Labus said.

Officials have declined to estimate how long it will take to get this age group inoculated, saying instead that it probably will take months to give shots to everyone in Nevada who wants them.

At the same time as vaccinating those 70 and older, “we’re also vaccinating our front-line workforce and these occupational groups,” said Candice McDaniel, a bureau chief in the Nevada Department of Health and Human Services. “So I think that’s a really difficult question to give a direct answer to in terms of time limit.”

Answering the question would appear to be growing only more difficult. Late Friday, the health district’s website was revised to indicate that beginning Monday, a much broader swath of the community would become eligible to receive the vaccine in Clark County.

Making all of the groups eligible for vaccine means that the vaccine pie will be split into even more pieces — with less for older residents.