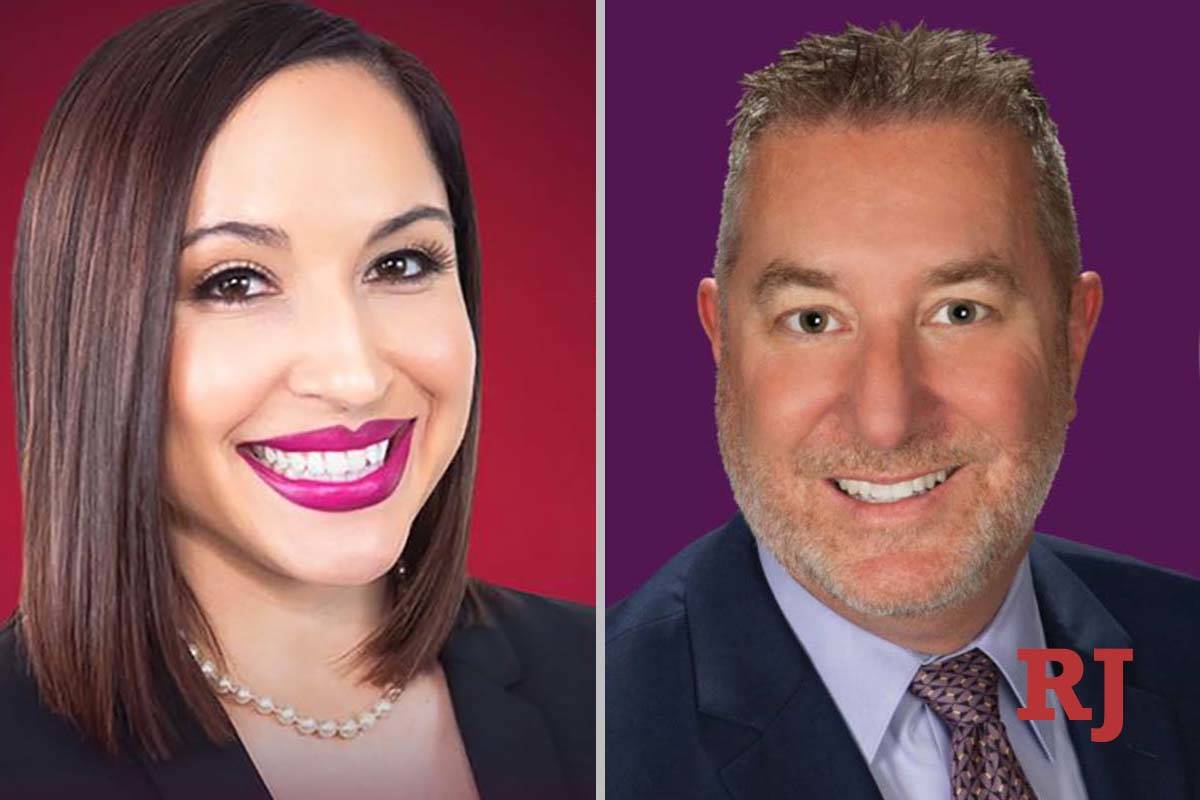 A criminal defense attorney with a focus on murder cases faces a veteran civil attorney who specializes in complex litigation in a race for the Department 3 seat on the District Court bench.

Adam Ganz, the civil lawyer, touted his more than 20 years of experience in litigation, while Monica Trujillo, a deputy with the Clark County Special Public Defender’s office since 2013, pointed out that she worked in courtrooms on a daily basis.

“A District Court judge is constantly running everyday hearings, which we practice,” Trujillo said. “I am constantly in the courtroom, questioning witnesses, applying the rules of evidence and arguing case law.”

Ganz, licensed in Nevada since 1998, touted more than 20 years of work in civil litigation.

Trujillo, licensed since 2008, started her career as an attorney in Las Vegas with the Clark County Public Defender’s office.

Ganz, who has also worked as a pro tem justice of the peace, said he had tried six times as many cases as his opponent, with upwards of 50 trials under his belt.

The two are vying for a seat being vacated by Doug Herndon, who is running for a seat on the Nevada Supreme Court. The job pays roughly $165,000 per year.

Ganz, whose campaigned had raised about $181,000 as of the latest available figures from the state, said he would be “tough on crime” and “hold people accountable for their actions.”

Trujillo, meanwhile, had raised about $48,000 for her campaign. She suggested that her opponent would cater to plaintiff-backed personal injury attorneys in civil litigation, while questioning his approach to criminal cases.

“I know that the system is about fairness and justice,” she said. “It’s about protecting certain rights while ensuring justice for both parties. Ultimately that is the goal… I’m not going to say I’ll be tough on crime because a judge is supposed to be fair and neutral.”

During a Review-Journal judicial debate, both candidates acknowledged systemic racism in the justice system.

“As a judge I will work every day to build the trust back into our judicial system and to remove that stain,” Ganz said. “The only way to do that is to make sure it’s an open, equal and fair process for everyone.”

Trujillo pointed out that a recent sweeping change to Nevada’s bail system, delivered by the state’s high court, showed that it had discriminated against minorities and poor people.

“I can ensure that race or any other kind of bias will not come into my consideration,” she said.