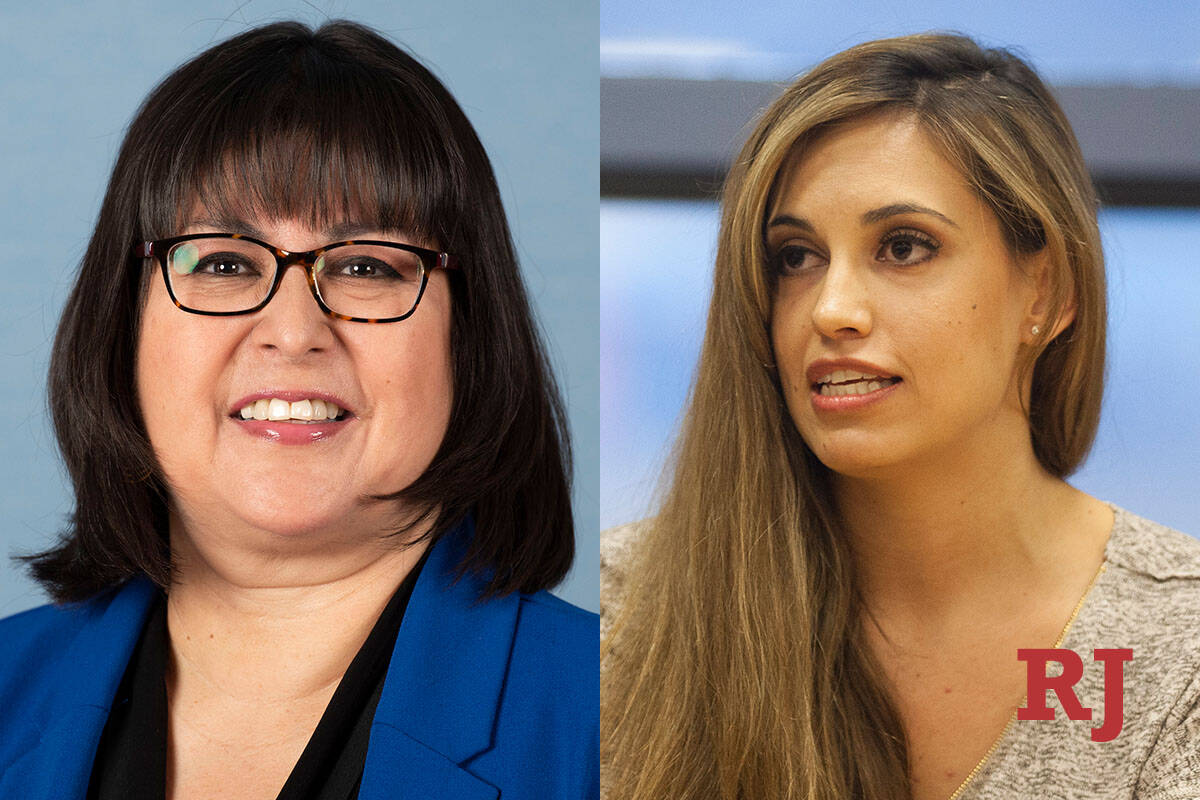 Bustamante Adams and Ford emerged from the most crowded School Board primary field — with 10 candidates — in June’s primary election: Bustamante Adams finished with 22 percent of the vote to Ford’s 18.2 percent.

Ford, who runs an online marketing company and has two children in the district, was elected to her first term in 2018 as a first-time candidate.

Despite finishing second in the June primary, Ford said she was confident in her ability to win the general election because of the support and communication she has had with her constituents over the course of her first term in office.

“The work I’ve done and just my results need to be enough to pull me through the primary or clearly it’s not meant to be,” she said of her mindset heading into the primary. “Clearly it was enough.”

Bustamante Adams, who served in the Nevada Assembly from 2010 to 2018, now sits on a workforce development board that works to remove barriers for people seeking employment in Southern Nevada.

After learning how to campaign and canvass neighborhoods from her time in the Legislature, Bustamante Adams said the common concerns she hears from constituents while knocking on doors center on school safety and educational attainment.

To improve student achievement, Bustamante Adams said that she is doing research on teacher recruitment and that “the answers are already out there.”

“There’s other states that are trying things that have been proven successful,” she said. “So how do we accomplish it here?”

Ford called for more innovation in how student achievement is evaluated and to move beyond looking at data and test scores to measure student performance.

Amid the district making several emergency efforts to bolster school safety after a spate of violence last year, Ford said she doesn’t think the district has the capacity to make buildings completely safe and secure.

Schools are laid out differently across the district, with older buildings and a district already unable to keep up with its current work orders, she said.

“I think the only solution to securing our schools is making our schools community-based and relying on some sort of other pot of money to come in and help us specifically secure the buildings,” she said.

Bustamante Adams said that the efforts made by the district related to school safety were “good strides forward” and that she would emphasize constant communication and updates between the board and the rest of the school community about how those efforts are working moving forward.

The candidates were also split on Superintendent Jesus Jara’s tenure in the district. Ford was one of four trustees who voted to fire Jara in October 2021, and she voted against his subsequent re-hiring by the board the following month. She also voted against renewing his contract with a $75,000 annual raise in early October.

Jara sits on the board of Bustamante Adams’ workforce development board, Workforce Connections. She said that she had positive experiences working with Jara on the board, but that she doesn’t know enough yet about Jara’s performance as superintendent and how he is being evaluated to make a determination about renewing his contract.

“As the No. 1 employee and the only employee that the School Board has, I would make sure that accountability is at the top,” she said. “I feel a sense of responsibility: If the employee fails, then I feel like I failed as well.”

Ford, by contrast, has been one of Jara’s harshest critics on the board.

“He’s not the right fit for the superintendent,” she said. “We will not see positive progress under his leadership.”