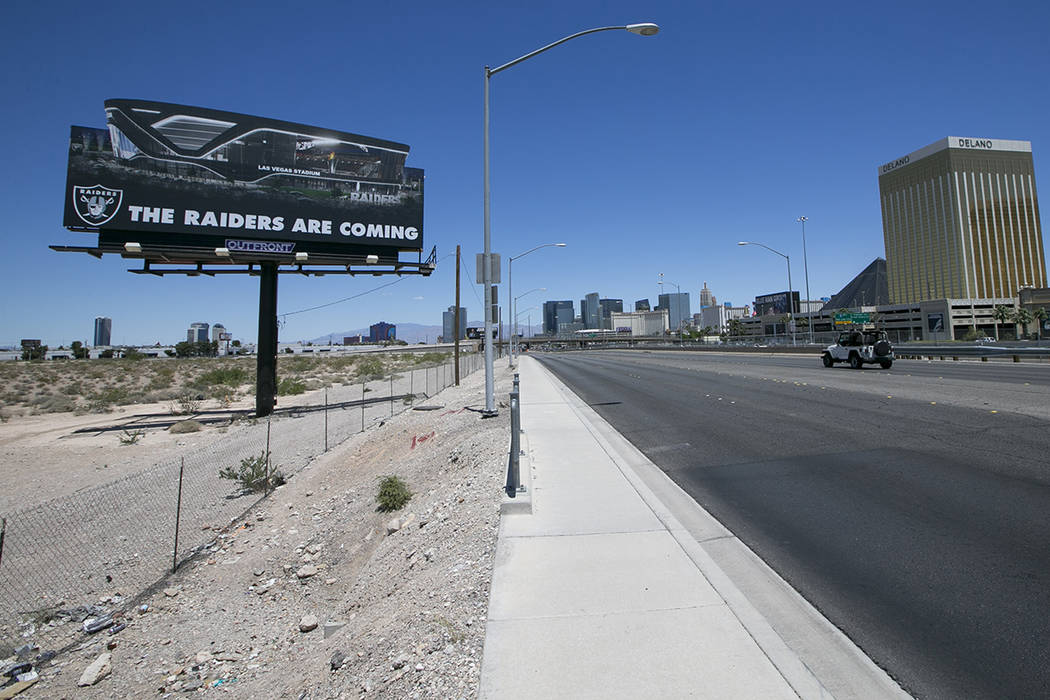 A billboard advertising the Raiders at the proposed stadium site near Russell Road and Dean Martin Drive on Sunday, May 28, 2017. Richard Brian Las Vegas Review-Journal @vegasphotograph 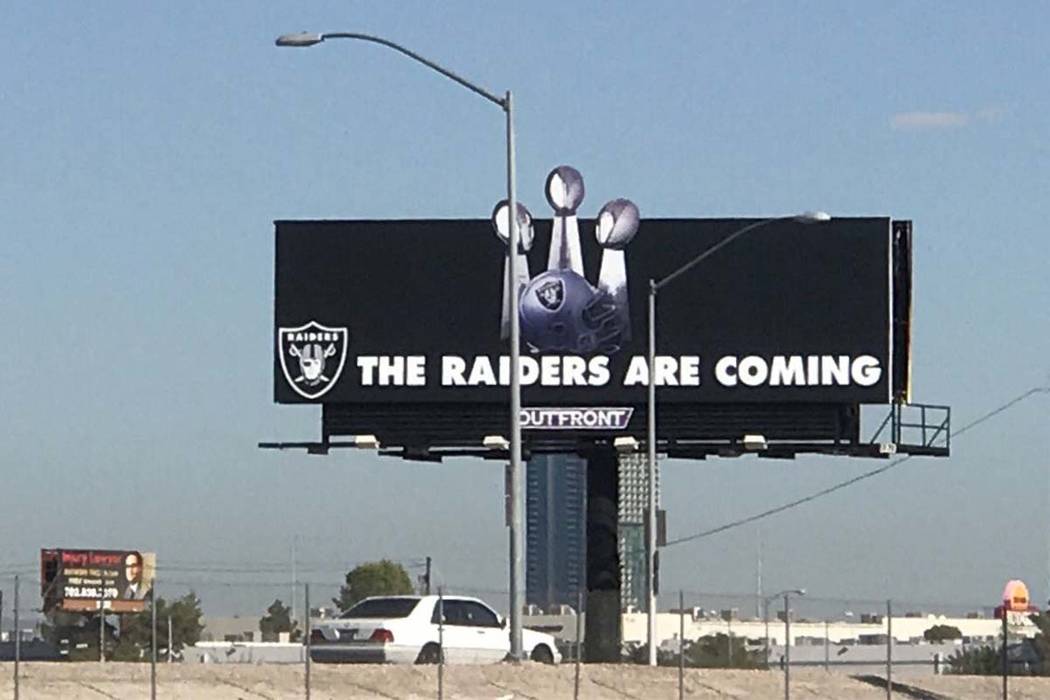 Planned local construction projects — including the stadium that will be the Raiders’ home — could face delays unless Clark County finds a way to increase staffing in its public works department.

The county administered an average of 22 public construction projects a year over the past four years.

For the next five years, that number is expected to jump to 35. The $2 billion in capital improvement projects include proposed pedestrian bridges along the Strip, expanding sections of the 215 Beltway and roadway rehabilitation projects.

“How are we ever gonna do that? We’re going to rely a lot on consultants,” Cederburg told commissioners.

For public projects, the county will tap the same funding sources that pay for construction, such as fuel taxes, sales taxes and resort corridor revenues.

But commissioners Jim Gibson and Steve Sisolak told Cederburg they were also concerned that public works may not be quick enough in processing applications and conducting surveys for private developers’ plans.

The stadium that the NFL’s Raiders will share with UNLV will need close to 40 on-site and off-site transportation improvement measures, according to a traffic study submitted to the county this year.

“If this were a business, success would be determined by how well we responded to our customer,” Gibson said. “It wouldn’t be good enough in my business if 10 percent of the time we might not be able to get there.”

Commissioners directed Cederburg to determine whether private developers would be willing to pay higher application fees to help solve the problem. The county would use the extra revenue to hire additional government staff or third-party consultants to assist in the application review process.

Sisolak said his conversations with private-sector representatives led him to believe a rate hike would be embraced.

“The folks I’m talking to on the development side are happy to pay. They just want to get approval (for their projects),” he said.

“We don’t always argue for the cheapest fee possible. We want the fee that provides the level of service that the industry expects,” he said.

“Public works has typically been a holdup for projects,” Heller said. “Normally we would be against fee raises. But if we saw the results of it and especially if it sped up the process, I think it would be welcomed.”

The county is also considering other ways it could expedite plans through the review process.

For less complex projects, that could mean reducing the number of times plans must be submitted for approval. For others, it could mean an expedited acquisition of a right-of-way.

Cederburg said keeping the county’s side efficient will benefit private developers and the economy.

“If you’re building a shopping center and you’ve taken out a loan to build it, you can’t start paying that loan back until you start leasing your property,” he said. 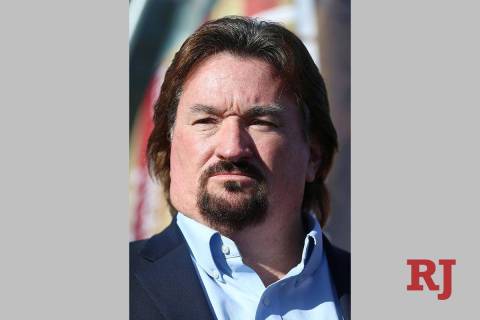