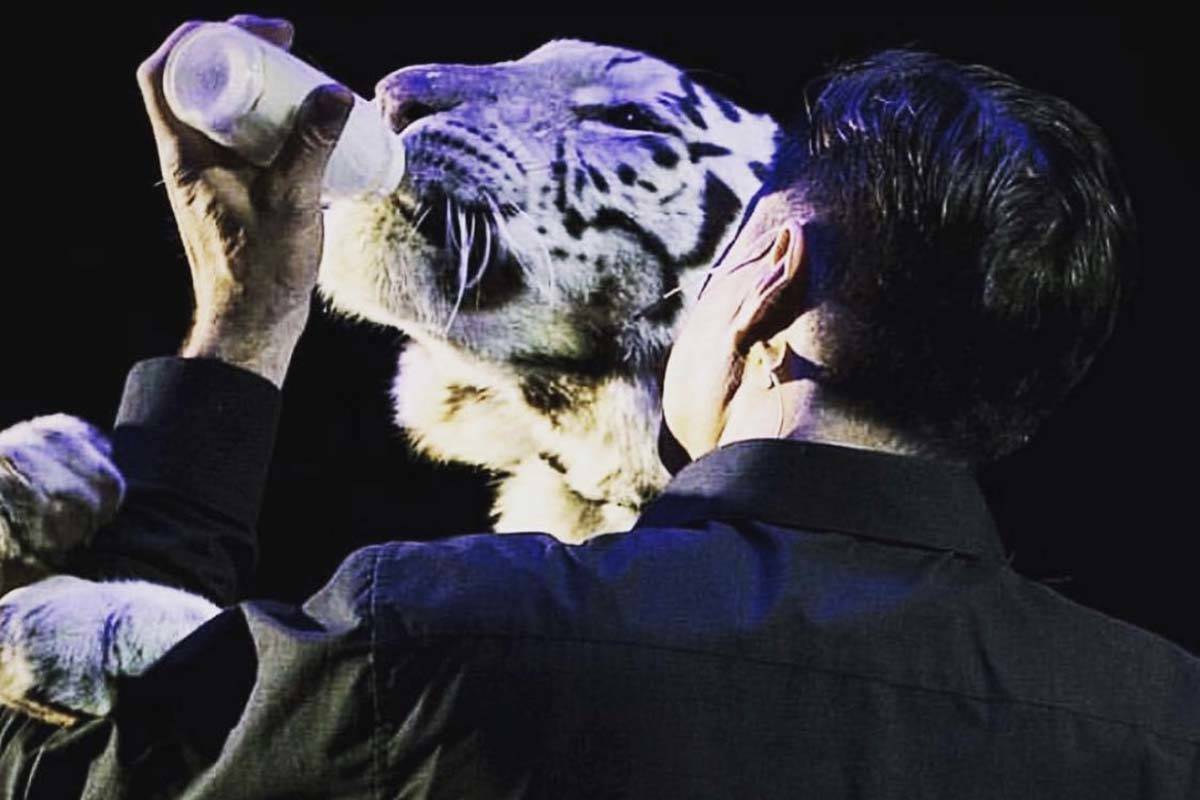 Magician Jay Owenhouse’s second effort to perform with three tigers in Las Vegas has been met with the same sharp criticisms from animal rights activists, but the proposed family-oriented show also faces a new hurdle: Its location.

Owenhouse’s show received the greenlight in 2020 for a six-month run near Mandalay Bay, but had to move locations before it even began after that site changed ownership. The proposed new spot, a paved parking lot on the southeast corner of Sahara Avenue and Paradise Road, appears thus far to be a harder sell.

The plan is to perform with three tigers under a 52-foot-tall tent covering a stage and 500 seats on an 11-acre site. The tigers will remain on location in a 30-by-60-foot enclosure with 24-hour security and three perimeter fences, Owenhouse said Wednesday during a virtual town hall on the project.

But county staff is recommending that the county commission deny the application for a yearlong special use permit when it comes before the board on Jan. 19, according to Nancy Amundsen, the county’s director of comprehensive planning.

The county and Metropolitan Police Department have raised concerns about public safety, she said, particularly because the new proposed site is close to homes and in a more heavily trafficked area.

“I just want to make sure that (the tigers) are safe, the neighbors are safe and everyone is comfortable,” Amundsen said, adding that if concerns were to be addressed and resolved, “we’re not going to have objections.”

Owenhouse sought Wednesday to assuage any qualms about the project. There would be an 11-foot-high privacy perimeter fence with razor wire on top, surrounding the enclosure, and two additional fences outside of that, he said.

He said that he has committed $200,000 to the enclosure, which will feature two swimming pools, a sophisticated cooling system, landscaping, calming music and motion detection cameras, among other things.

“In fact, some county officials, and rightfully so, had commented they thought it was more secure than a Nevada prison,” he said.

Owenhouse, who describes himself as a passionate animal advocate of more than three decades, and who has owned a private tiger habitat in Montana for nearly as long, said he wants the show to inspire hope and promote the conservation of the endangered tiger. There will be a local veterinarian on call throughout the show’s tenure, he said.

During the town hall, which drew more than 230 attendees, the vocal reaction to the project was mixed at best. While Owenhouse had his fair share of supporters, more people who spoke questioned whether the plan was safe. Opponents said the proposal was exploitative and dangerous, not only to the tigers but to people nearby.

“No reasonable person could view tigers, confined to a cage and a desert parking lot in a busy area of a major city, for occasional use and a magic show as a just and humane treatment of animals,” said Carrie LeBlanc, executive director of Henderson-based animal advocacy group CompassionWorks International.

LeBlanc also contended that there was no provision for the proposal in the county’s exotic animal ordinance.

Sarah Conley, a resident of Henderson, said that Owenhouse deserved a “fair shake,” however, and that Las Vegans should decide whether to accept the show by either attending or not.

Commissioner Tick Segerblom, who represents the district where the proposed magic and illusion show would be housed, acknowledged that Owenhouse faced an “uphill battle.”

“It’s really a tough call on my part,” he said.