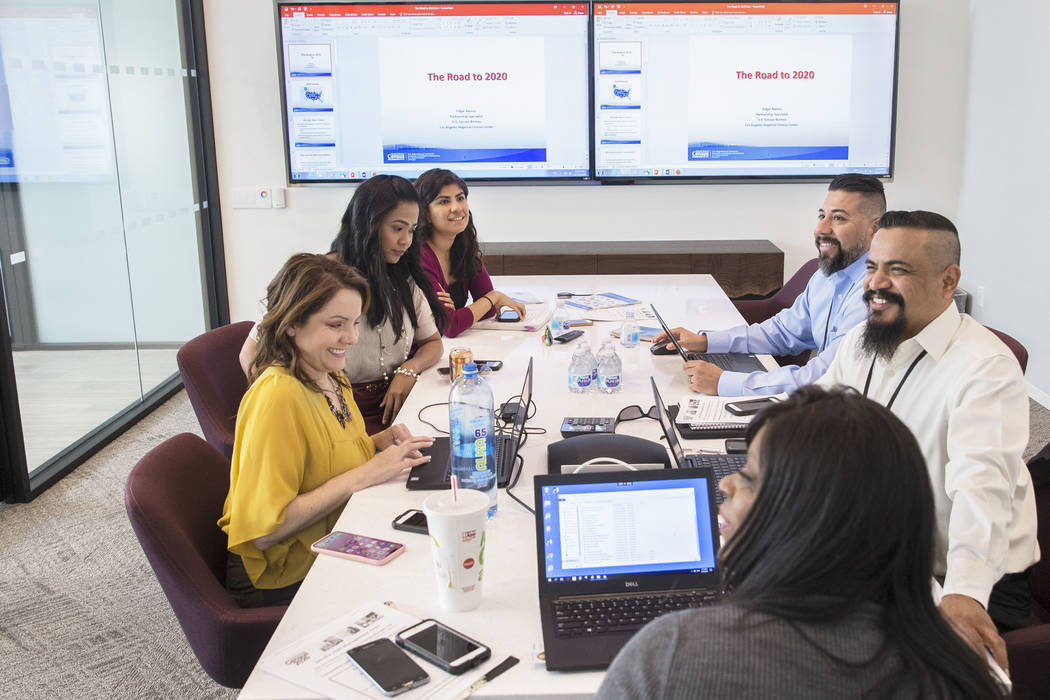 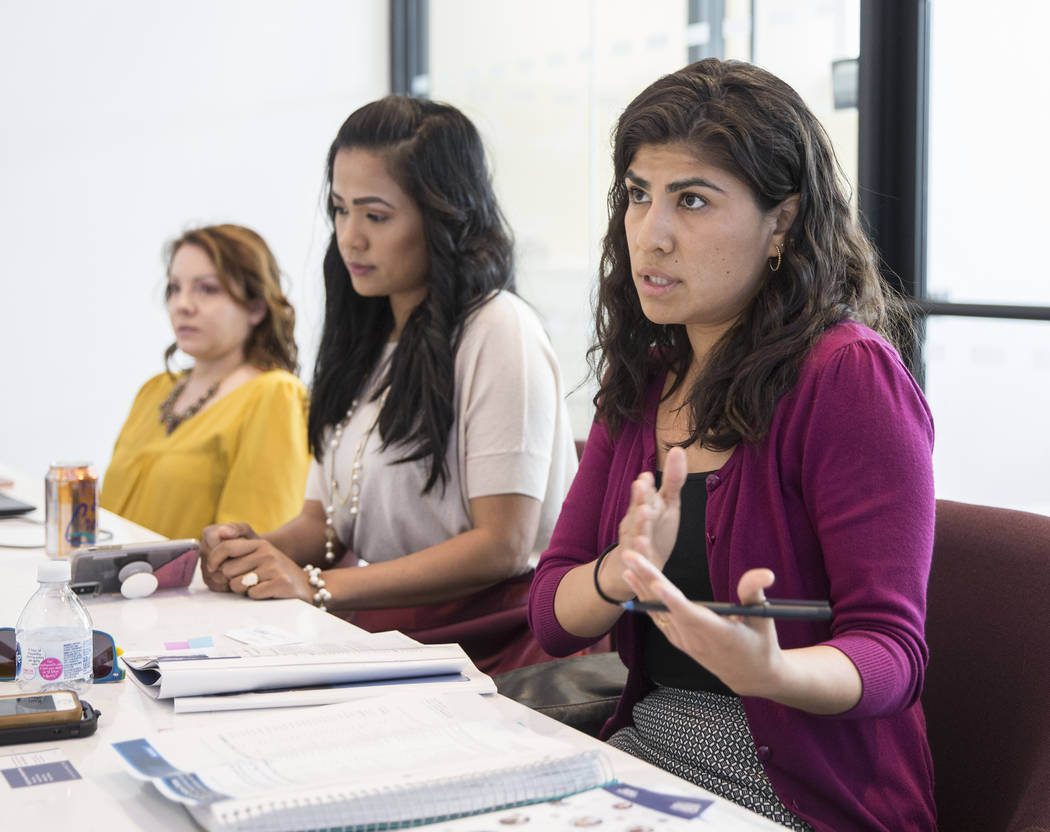 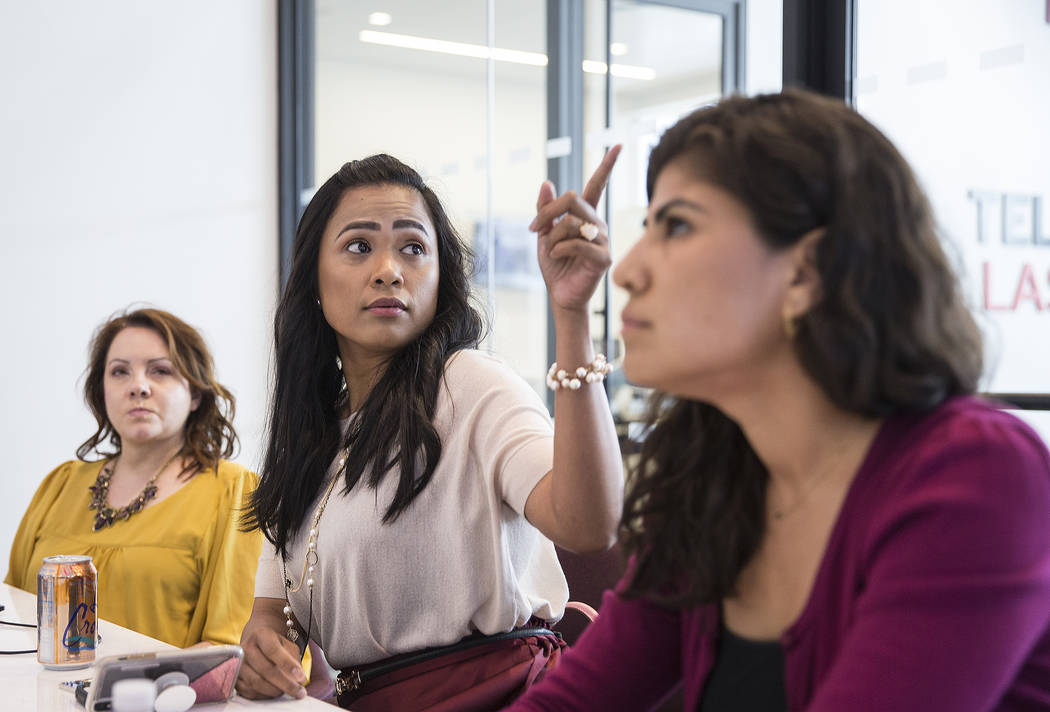 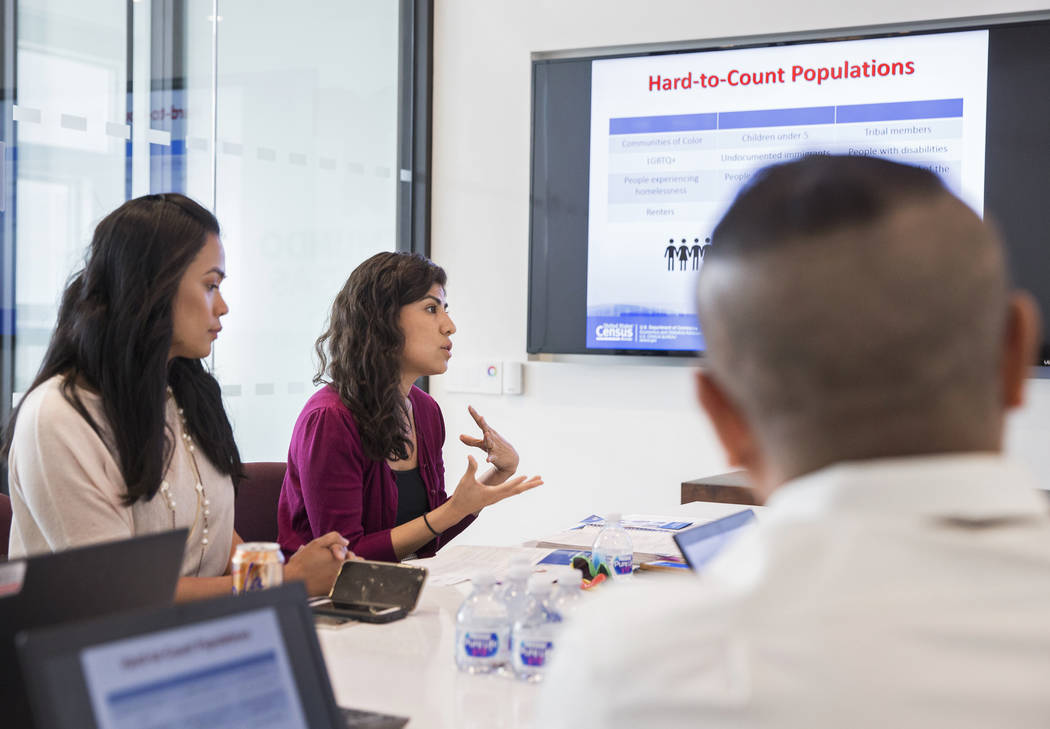 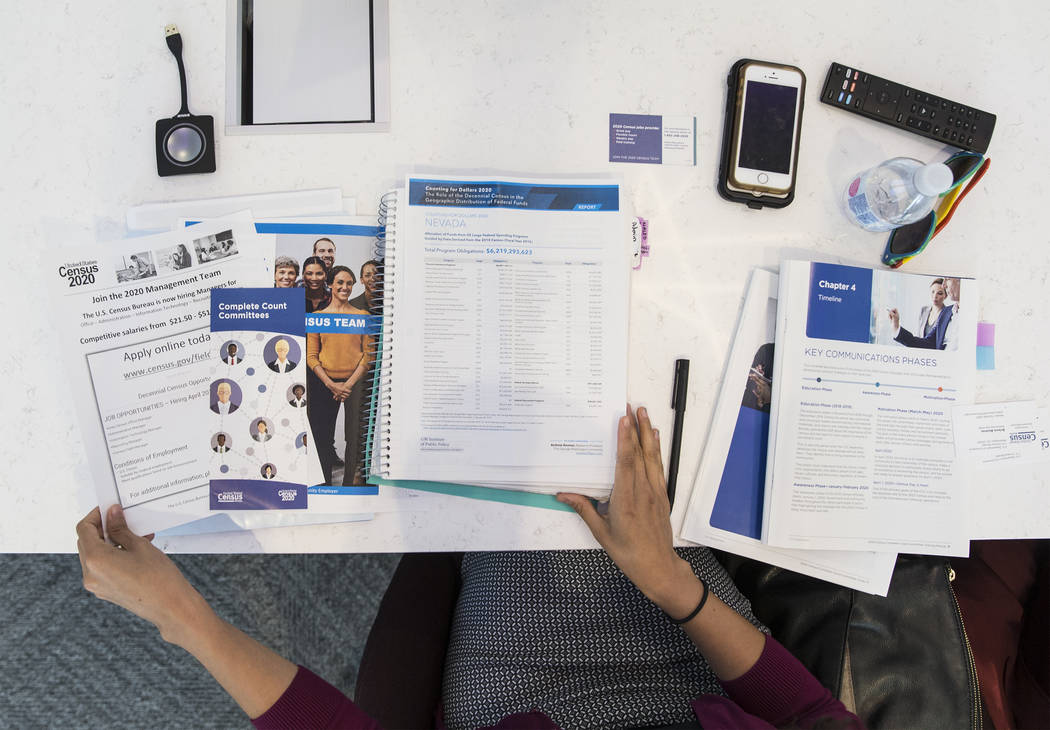 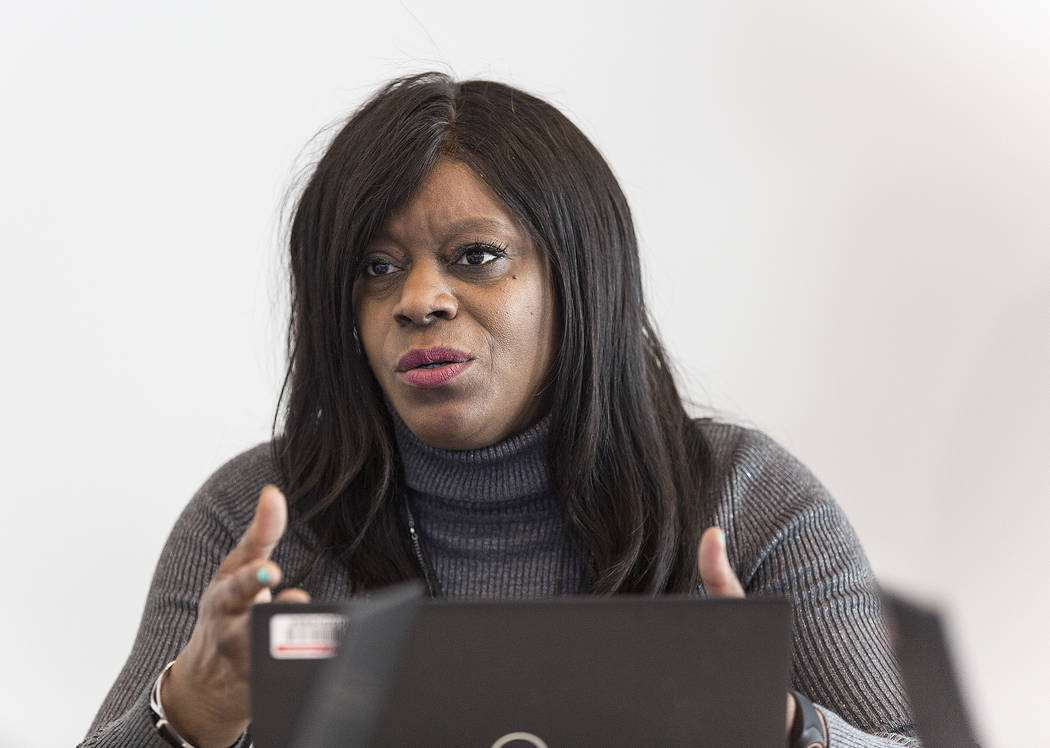 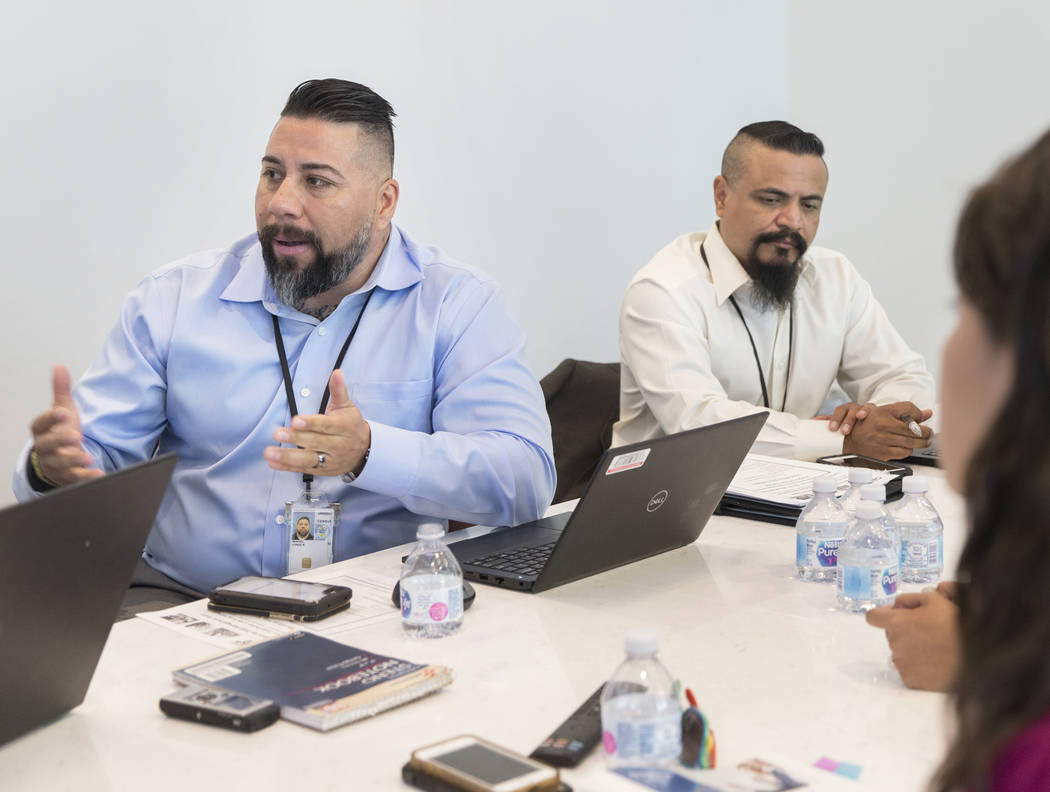 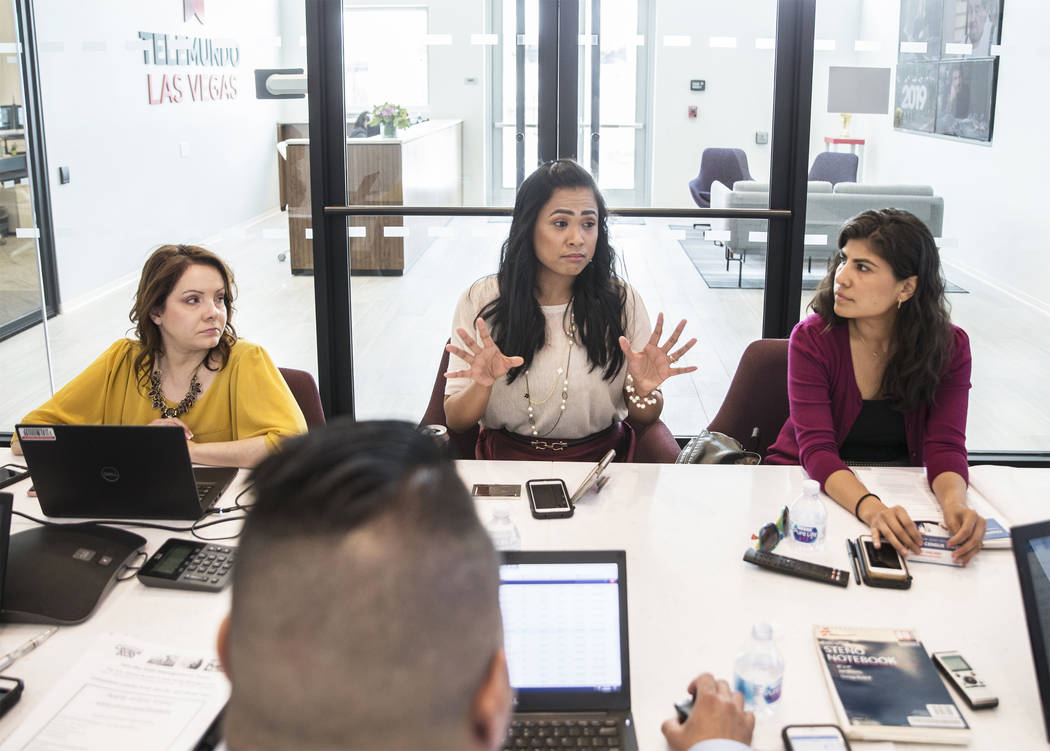 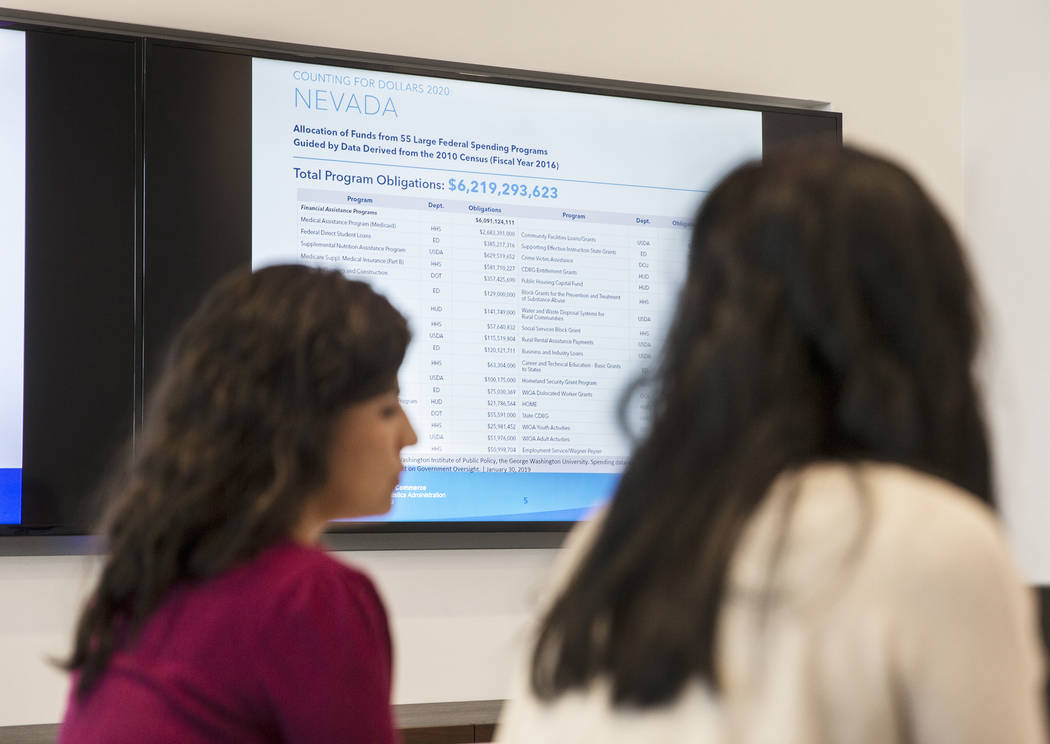 Nevada stands to lose nearly $170 million in federal funding for health care and child welfare programs over the next decade if even 1 percent of state residents don’t participate in next year’s census, state officials estimate.

Every person included in the decennial headcount will earn the state another estimated $1,600 for infrastructure projects, Medicaid and other government programs. They’ll also help the Silver State retain its U.S. House of Representatives seats and play a role in updating boundaries for congressional and state legislative districts.

As Clark County Commission Chairwoman Marilyn Kirkpatrick said Thursday, “There’s a lot at stake on ensuring that we have the correct information on who lives in Nevada.”

But with less than a year until Census Day 2020, Kirkpatrick and other officials are concerned Nevada’s count could suffer because of a proposed census question about citizenship status, the 2020 presidential primaries and the public’s waning trust in the U.S. government.

“I think concern about the census comes from all political spectrums,” Nevada State Demographer Jeff Hardcastle said. “I think there’s this, at times on both sides now, concern about government intrusion.”

To ensure a full count, Gov. Steve Sisolak has budgeted $5 million in state funds to promote the census — compared with $1 million spent for the last count in 2010 — and this month he formed a committee to create a statewide census outreach plan.

This summer the U.S. Census Bureau will open two temporary offices in Las Vegas and North Las Vegas and staff them with hundreds of workers. The two cities house neighborhoods where the agency projects more than 30 percent of residents are unlikely to complete a questionnaire by mail, online or over the phone.

Six full-time census employees from the Las Vegas Valley are already working to drive that percentage down through education. The team uses the variety of professional and ethnic backgrounds of its members to reach hard-to-count populations.

“We’re advocates helping organizations learn about the census and having them help us reach their community,” said census worker Jorge Rangel, a 45-year-old Navy veteran and retired police officer.

“When you talk about the tangibles in their community is when people respond to the census,” she said. “The survey takes 10 minutes to complete, and it affects you for 10 years.”

Anyone who doesn’t complete the census can expect a government worker with the questionnaire at their door sometime between next April and July.

But the last hurrah to get stragglers to complete the census will coincide with the 2020 presidential primates. Kirkpatrick said she’s concerned a stream of political canvassers will fatigue residents by the time the census workers arrive.

“People stop opening their door,” she told census workers during the County Commission’s meeting Tuesday. “In the summertime they’re for sure not answering their door.”

“You have to have people that communities can relate to, that people will know so they feel safe,” he said. “Know where you’re going, and know who you’re talking to.”

On the Nevada-Utah border in Elko County, West Wendover Mayor Daniel Corona is anxiously awaiting a U.S. Supreme Court decision. On Tuesday justices will begin hearing arguments about the legality of the Trump administration’s proposal to add a census question asking whether each person being counted is a U.S. citizen.

“There’s a lot of fear because we have a large foreign-born population,” Corona said. “A lot of those folks here are undocumented, so they see it as a way of the government trying to find them, single them out and deport them.”

One-fifth of the city’s 5,000 residents were born outside the country, Corona said. Most come from Mexico and are attracted to working in West Wendover’s gaming and hospitality industry.

Corona said the tiny city depends heavily on federal funds tied to census results. In the past decade, the money has been used to build a new fire station, repave and light its thoroughfare and begin constructing a downtown.

“Getting those grants or not could determine whether we’re able to do a project,” Corona said. “A lot of them are focused on economic development. Obviously businesses want to be in an area that has nice streets and is well-lit.”

A research paper published by the agency’s employees in August found a citizenship question would decrease response rates from households with noncitizens.

Such an effect could have a strong impact throughout Nevada. A Pew Research study released last month found unauthorized immigrants make up 7.1 percent of the state’s population, the largest proportion of any state.

Nevada’s census worker acknowledge that the question has raised concerns during their outreach efforts. In response to confidentiality concerns, they are distributing flyers informing residents their census answers cannot be used against them.

“Whether the question is on there or not, the information will be kept confidential,” Alvarez said. 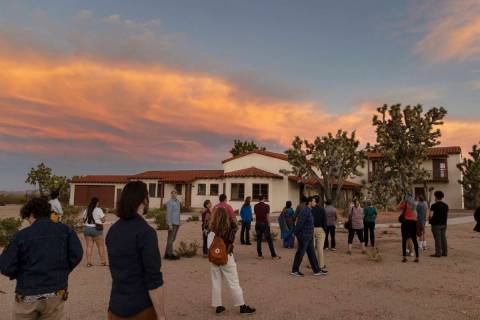