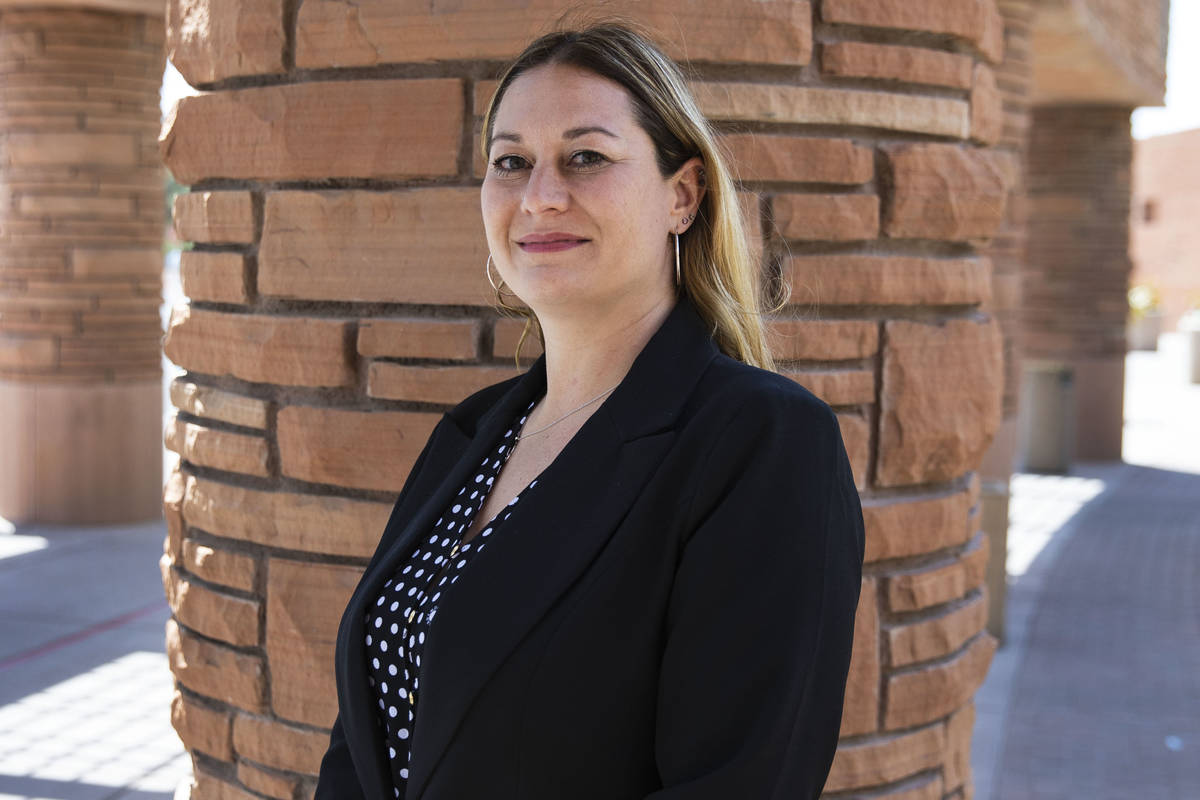 Melanie Rouse poses for a photo outside of the Clark County Government Center building after being appointed the county's new coroner at the meeting inside commission chambers, on Tuesday, April 20, 2021, in Las Vegas. (Bizuayehu Tesfaye/Las Vegas Review-Journal) @bizutesfaye 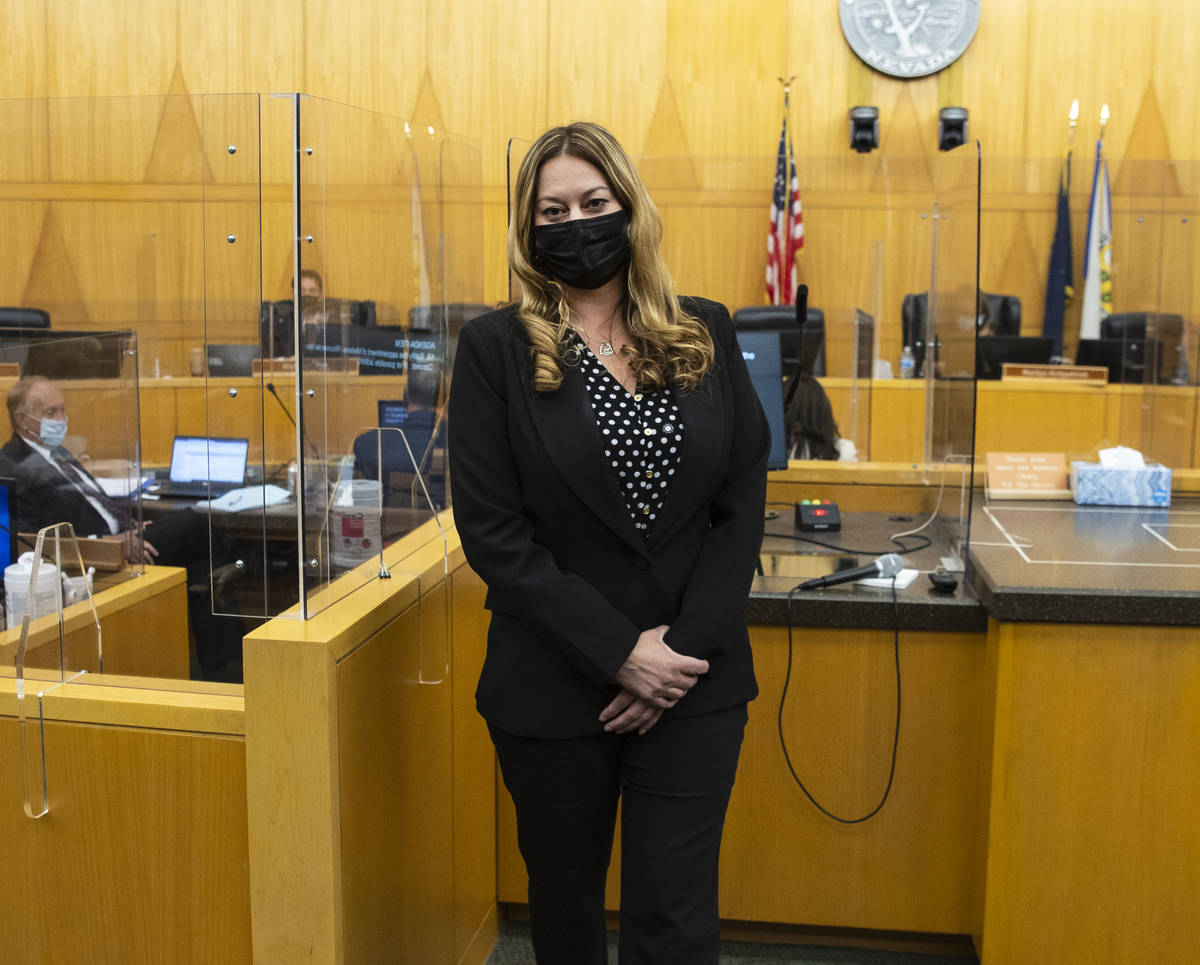 Melanie Rouse leaves the podium after after being appointed the county's new coroner at the meeting inside commission chambers at the Clark County Government Center building, on Tuesday, April 20, 2021, in Las Vegas. (Bizuayehu Tesfaye/Las Vegas Review-Journal) @bizutesfaye

Melanie Rouse, a chief medical investigator from Arizona, will serve as Clark County’s next coroner.

The County Commission on Tuesday appointed Rouse, who works in the medical examiner’s office in Maricopa County, to replace John Fudenberg who retired in August. She will start June 14.

“I look forward to serving Clark County as well as the citizens within our county,” Rouse told commissioners.

Rouse has more than 15 years of experience in investigations and several years of involvement in disaster response, prevention and planning, according to a county staff report.

Fudenberg retired after five years on the job and 17 years in the coroner’s office. In recent years, he also served as a lobbyist for the county in Carson City during the biennial sessions of the Nevada Legislature.

Commissioners on Tuesday also agreed to support efforts to protect 30 percent of the lands and water in Nevada and the U.S. by 2030, an ambitious national movement that is a climate goal of President Joe Biden.

The resolution was urged by Commissioner Justin Jones, who hours before the vote addressed the media outside the county government center and spoke of how modern leaders need to build on historical efforts to preserve the outdoors.

“Our elected national and state leaders must take the same bold action that their predecessors did to ensure that our kids, our grandkids and future generations have thesame opportunities that I did as a child, and as my kids do right now, to have that experience,” he said.

Beyond supporting the resolution, Jones said that the county is pressing for federal legislation to expand Red Rock National Conservation Area, provide permanent protections for the Desert National Wildlife Refuge, increase native and wilderness areas and keep safeguards for threatened and endangered species.

“But there’s still hope for our environment if we act boldly and if we act quickly,” she said, calling the resolution a “meaningful chance to confront these crises.”

The resolution acts as a sign that the county is committed to advocating for protecting lands in Southern Nevada and encouraging state and local agencies to collaborate with the federal government. But it also urges agencies across the board to respond to the needs of communities of color and indigenous and economically disadvantaged groups, according to a county staff report.

The commission also abolished the constable office in the Searchlight township, located roughly 60 driving miles south of Las Vegas, finding that it was no longer necessary.

State law allows commissioners in large counties to abolish the office if it determines that the office is simply not needed. Lawmakers should have weighed whether constable duties overlapped with police in making their decision, according to a county staff report.

A constable is an elected position and acts as a peace officer who works with the courts, executing evictions and serving court papers, among other responsibilities. The county did away with the Las Vegas township constable’s office in 2015, and handed those duties to the Metropolitan Police Department.