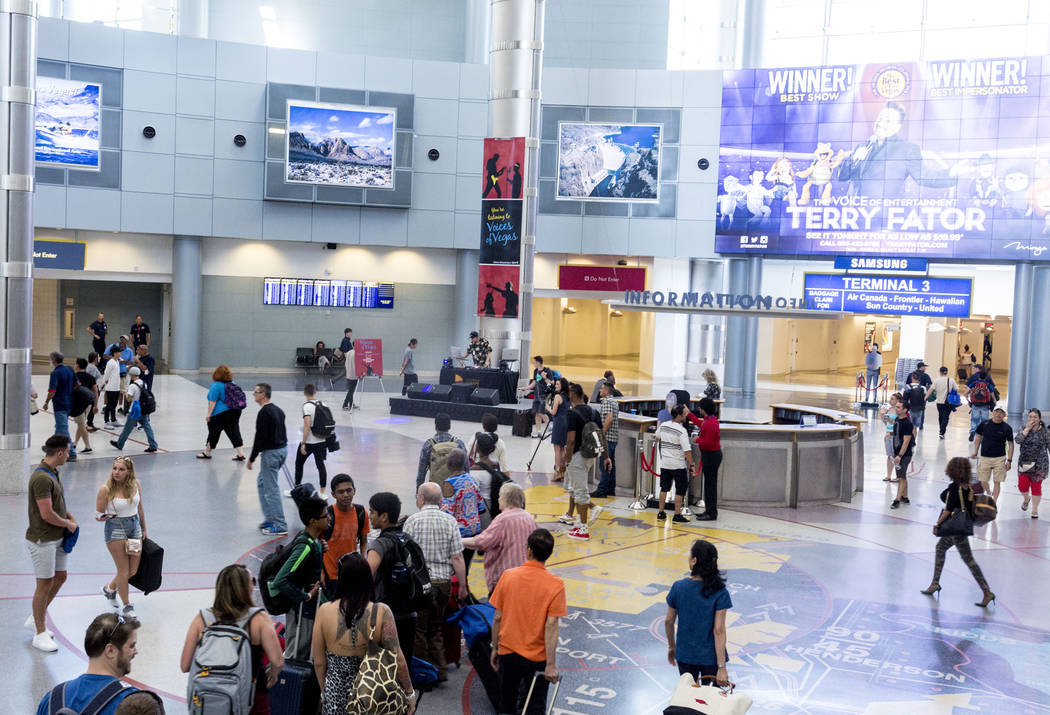 The ban extends to all airport-owned property throughout the county, including parcels leased to private businesses. Elizabeth Brumley/ The Las Vegas Review-Journal

Clark County commissioners voted Tuesday to ban both the possession and advertisement of marijuana at McCarran International Airport.

The ban extends to all airport-owned property throughout the county, including parcels leased to private businesses. The decision was made to keep the airport’s rules consistent with federal regulations, according to commissioners.

Commissioners tabled the issue at their Aug. 1 meeting but unanimously decided this week the ban would not apply to taxis and personal vehicles vinyl-wrapped with advertising.

Commissioner Larry Brown, who said last month he would like to see the airport “ban everything as related to recreational and medical marijuana,” voted in favor of allowing the vinyl-wrapped cars.

But Brown also told fellow commissioners he has concerns the approval is a “slippery slope.” He does not want to see mobile billboards making loops around the airport.

“We don’t want McCarran Airport to become the pilot program where people start challenging the gray area of the legal industry,” he said.

“They agreed that we need to kind of set the boundaries and encourage all the (marijuana industry) membership to stay within the boundaries,” he said. “That way, if we can agree on the front end, we can identify when someone pushes the envelope too far.”

Offenders of the law can be subject to both a misdemeanor criminal charge and civil fines. Vassiliadis will be responsible for setting the fines.

Recreational use of marijuana became legal in Nevada on Jan. 1, but the federal Drug Enforcement Administration classifies marijuana as an illegal Schedule 1 controlled substance.

The Nevada Gaming Commission also recently made clear that marijuana will not be allowed in Nevada casinos as long as it remains illegal at the federal level.