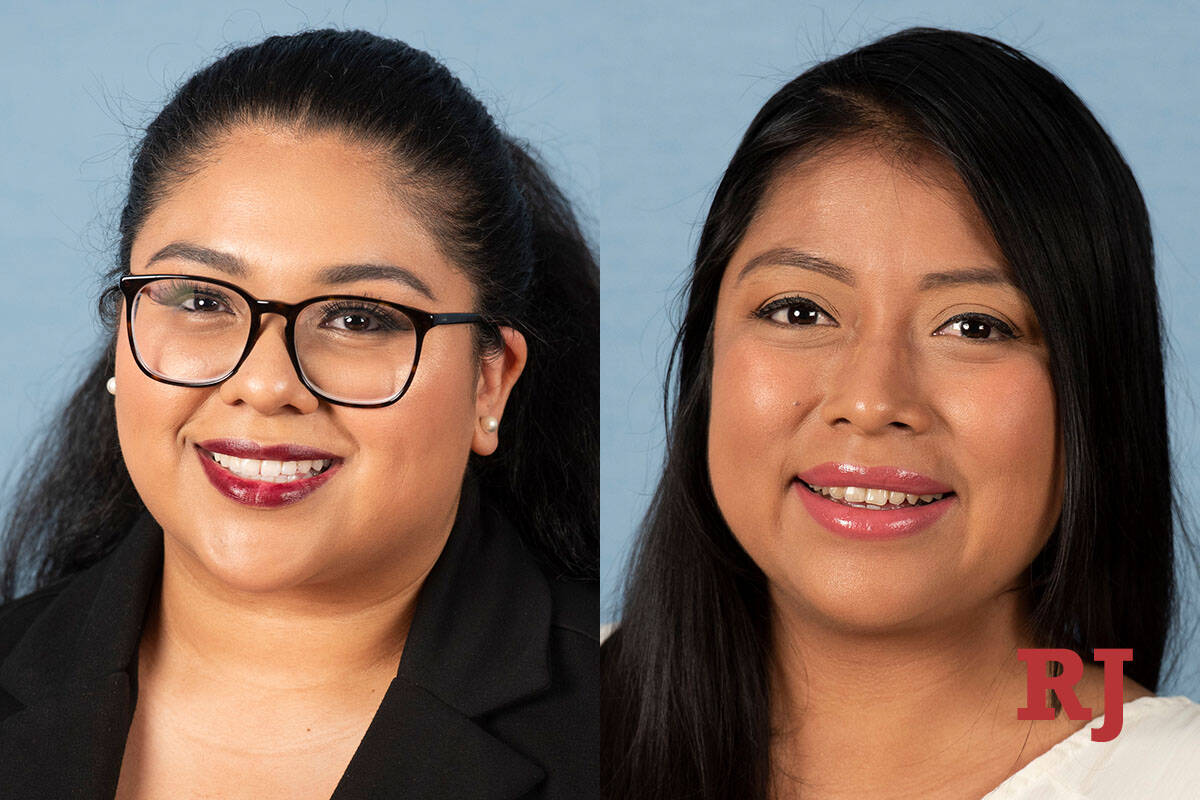 School Board President Irene Cepeda and progressive advocate Brenda Zamora will face off for the seat representing District D on the Clark County School District Board of Trustees.

Cepeda and Zamora, who both graduated from valley high schools and have children in the district, are seeking to represent District D with 70 schools serving more than 57,000 students across downtown and the northeast valley.

In the June primary election, Cepeda and Zamora emerged as the front-runners out of a field of five candidates, with Cepeda narrowly finishing ahead of Zamora with 26.9 percent of the vote to Zamora’s 25.6 percent.

Cepeda serves as a project director for Nevada State College’s education school. She was elected for her first term in 2018 and said she was running for re-election out of a “strong sense of duty.”

“I think I have a whole lot more experience than I did. I don’t think board experience is something that is too common,” she said. “Nothing prepares you for this role. It’s a lot of work.”

Zamora, a first-time candidate, handles communications for a voting advocacy group, Silver State Voices, and said this year that she was running on a platform of improving communication in the district.

Since then, she says recent moves by the School Board to change to the public comment process and stop broadcasting school board meetings on Facebook have only worsened the issue.

“It’s very frustrating because I’m sitting here saying no, we need better communication,” she said. “Them implementing some things now makes me feel like we’re just going the opposite way.”

Zamora said improving student achievement in the district means focusing on retaining teachers and lower class sizes throughout the district.

“Students right now cannot focus when it’s just too many kids in a classroom,” she said. “These classrooms are getting packed. Classrooms don’t even have (air conditioning). How can you focus?”

Zamora, whose daughter has an Individualized Education Program, said some schools have only one coordinator to handle all of the program students at one school. “Now my child is not getting the time that she needs because this teacher is so stretched out,” she said.

Ranking ‘in the middle’

But when it comes to how students are actually performing, Cepeda says student performance in the district ranks “right in the middle” compared with other states. The district’s low standing nationally reflects a ranking of the entire educational system, including per-pupil funding, where Nevada students have to contend with “bottom-of-the-nation” funding, she said.

Cepeda’s priority is to have student achievement at the forefront of every School Board conversation and to make student data available for the public to access.

“We need a school board that is focused on student-centered outcomes,” she said. “It takes so much energy to keep my board focused. … We’re doing better than what we did last year, but we’re nowhere near where we need to be in terms of the time we’re spending on student outcomes.”

The November election also comes on the heels of several controversial decisions, with the board fielding criticism for its vote to first fire, and then rehire, Superintendent Jesus Jara.

Cepeda first voted with a majority to fire Jara, but then changed her mind and voted later to rehire him. And she was in the majority again on Oct. 5 when the board voted to extend Jara’s contract and give him a $75,000 raise.

“If he’s performing, great. We’ll keep him,” she said in an interview before the renewal vote. “If he’s not performing for our students, then the decision is simple.”

Zamora echoed similar sentiments about wanting to set clear goals for the superintendent to meet.

But Zamora said she did not support renewing Jara’s contract, citing the contentious relationship between the superintendent and the board.

“Even, I think, if we have a new board, I think there’s just too much tension there at this point,” she said.