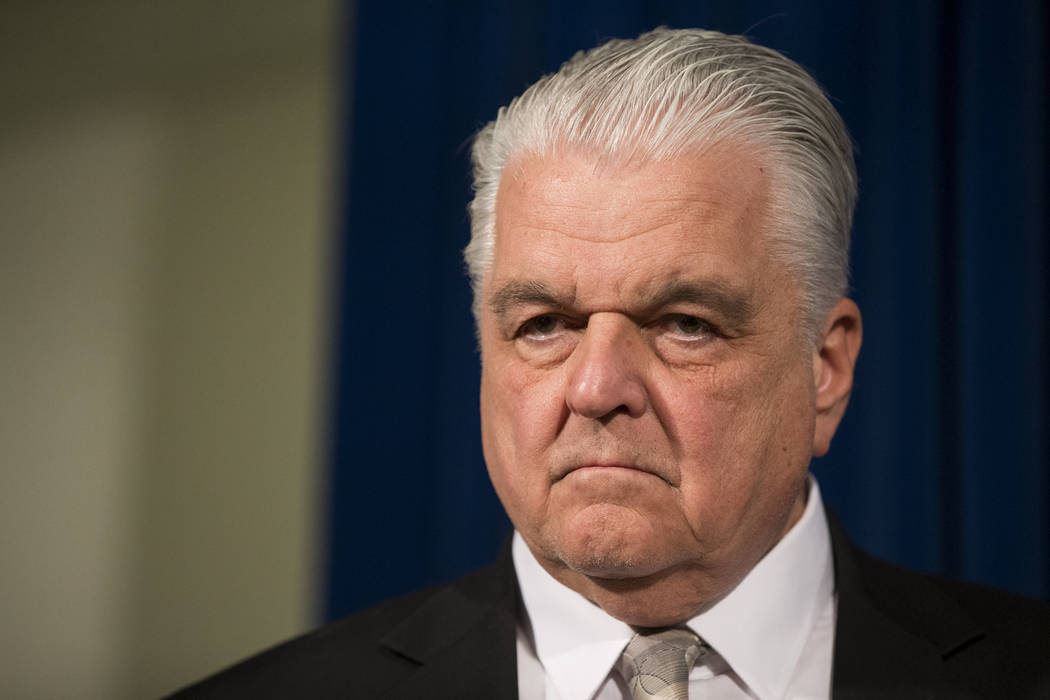 Clark County Commission Chairman Steve Sisolak on Wednesday called on the Nevada secretary of state’s office to rescind its demand that county staff verify more than 1,200 individual signatures in a recall effort targeting a state senator.

“It’s been clear from the start that these attempted recalls are nothing more than a partisan assault on the democratic process and an egregious waste of taxpayer money,” Sisolak, a Democrat running for governor, wrote in a statement released Wednesday.

“Now, as these recall efforts appear to be faltering, the secretary of state has saddled Clark County employees with even more work that will increase costs to taxpayers forced to foot the bill for this charade in an apparent effort to tip the scales.”

The statement is a response to a letter county Registrar of Voters Joe Gloria received Monday from Deputy Secretary of State Wayne Thorley.

Thorley wrote that before the state can decide how to move forward in an attempt to recall state Sen. Nicole Cannizzaro, D-Las Vegas, Gloria must verify 1,273 forms requesting removal of names from the recall petition. If all the forms are valid, it would mean the petition failed to reach the needed signature threshold to force a special recall election.

Gloria’s staff would need to ensure that each signature appeared on the recall petition submitted by a Republican group behind three recalls. The county estimates the task will cost nearly $5,500.

If the recall petition threshold is met, a special election could be scheduled. The county estimates it would cost about $56,000.

If the threshold is not met, the county would need to verify the eligibility of all 16,910 signatures on the petition. That review would cost about $6,300, according to the county.

“I think this fuels the fire of peoples’ dissatisfaction with the political process when they see it manipulated this way,” he told the Review-Journal. “We’re at a time where we’re questioning every dollar coming from the county and state, and I don’t think this is a wise expenditure.”

In a letter, Bradley Schrager and Jonathan Berkon called the order to verify the revocation forms a “costly, unnecessary, and extralegal process” that amounted to an “alteration of the rules in the middle of the game” to aid the recall effort.

“Worst of all for Clark County taxpayers, your approach wastes many thousands of dollars in staff time and other expenses for the registrar’s office, who will now set aside all other work for weeks to comply with your directive,” the attorneys wrote.

Cannizzaro is one of three state senators being targeted by recall attempts this year.

An attempt to oust Patricia Farley, I-Las Vegas, failed because of a lack of signatures. A petition against Joyce Woodhouse, D-Henderson, gathered enough signatures, but the eligibility of some 5,500 is being challenged.