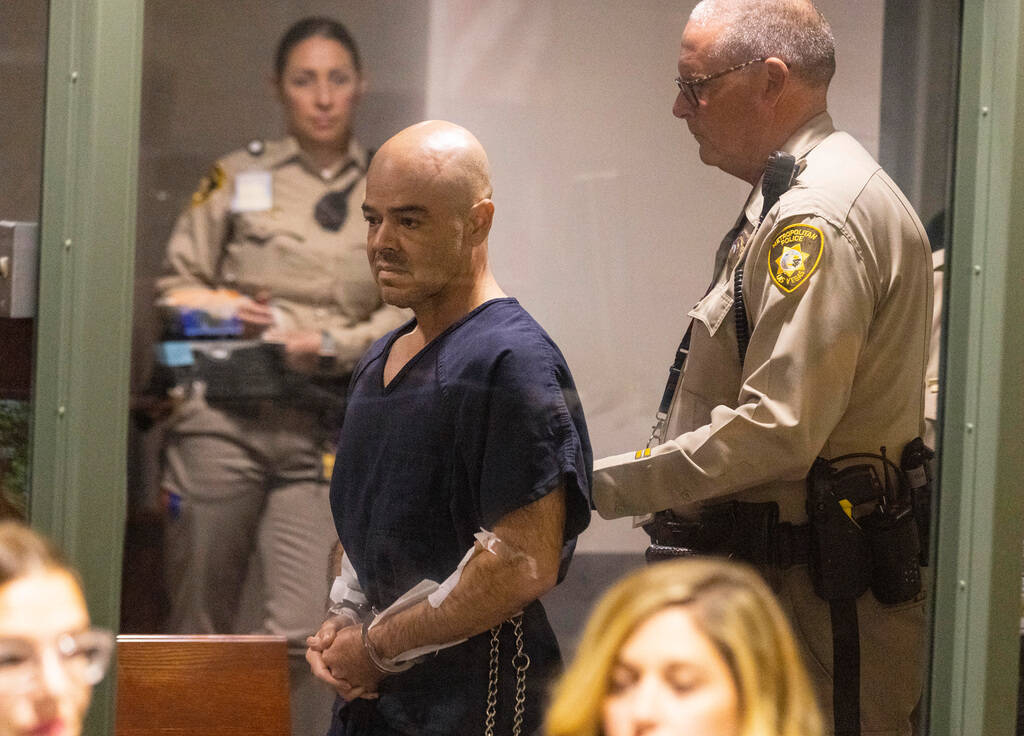 Because Robert Telles, a lame duck official who lost the Democratic June primary, was duly elected to the position, it was not immediately clear how he could be removed from office barring death, resignation or a voter-initiated recall.

But the county said Thursday that it was “reviewing its options under the law” regarding the 45-year-old administrator’s “current status.”

Telles, who was ordered to be held without bail Thursday on a murder count, was barred from Clark County facilities, officials wrote in a news release.

And, according to the county, his staff was ordered “a couple of months” ago to no longer report to Telles. Officials said the protocol would remain in place until the new administrator takes office following the November election.

The office was closed and the staff would continue working from home until further notice, the county said.

The county administrator position pays about $120,000 in annual salary, according to data from Transparent Nevada.

German this year reported a series of investigative stories about Telles’ tenure as administrator, which current and former staffers alleged was mired with turmoil and complaints of bullying and favoritism. The veteran journalist was working on a follow-up story around the time of his death, the newspaper reported.

Telles was “upset” with the reporting, and that fact was partially used to identify Telles as a “person of interest” in German’s death soon after he was found dead outside his house Saturday morning, Metropolitan Police Department Capt. Dori Koren said Thursday.

Police allege Telles disguised himself as a day laborer Friday morning, cased German’s neighborhood and immediately attacked the reporter before walking away calmly.

However, police said DNA placed him at the scene. Telles was arrested hours after Metro served a search warrant at his house Wednesday.

“The death of Jeff German was both shocking and tragic, and we join with our community in being stunned at how this situation has continued to evolve over the last few days,” the county wrote in the release. “Clark County continues to cooperate with (Metro) on this active investigation. Our condolences are with Jeff German’s family, friends, and colleagues at the Review-Journal.”