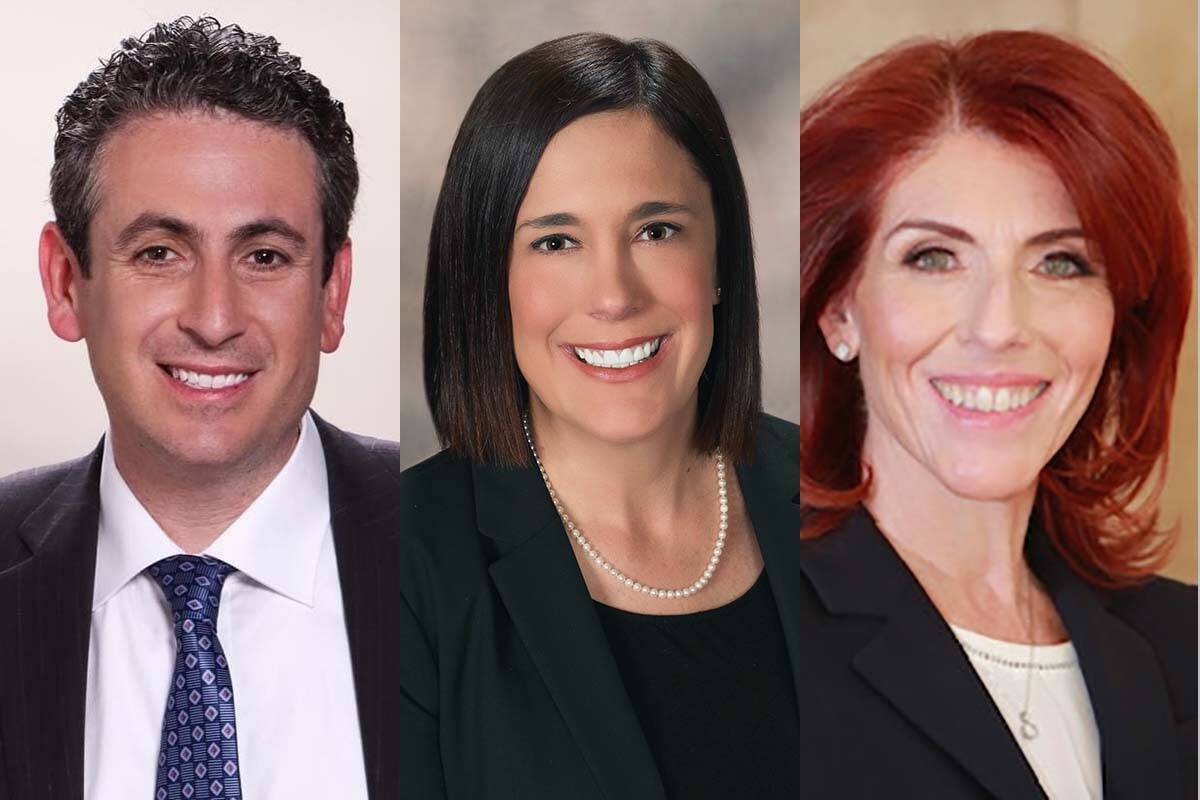 Berkley, 39, grew up in Las Vegas, graduated from Bonanza High School and spent a year after college working as a staff assistant in Washington, D.C. for Sen. Harry Reid. He graduated from Boyd Law School in 2009 and has worked for the public defender’s office since 2011.

As a public defender, Berkley said he’s been in hundreds of preliminary hearings and misdemeanor trials.

“My background and my practice at the public defender’s office makes me confident that I understand what I’m getting into, and I certainly have the experience to be an effective justice of the peace,” he said.

If elected, Berkley said he would like to expand drug treatment options at the Justice Court level to help the clients he sees most frequently.

Berkley said that as a judge, he would focus on fairness and “making sure that everybody gets treated a certain way, gets treated with dignity.”

June’s primary will mark the second time that Rinetti, 42, has run for public office. The prosecutor was on the ballot for judge in District Court Department 24 in 2020, but lost in the primaries.

“I don’t take failure lightly, and I truly believe I would be so good as a judge,” she said. “So you know what, if you don’t succeed the first time, you keep trying.”

Prior to her role as chief of the general litigation team for the district attorney’s office, Rinetti specialized in prosecuting child abuse cases. Rinetti, who graduated from Rhode Island’s Roger Williams University School of Law in 2005, said her 16 years as a prosecutor have made her familiar with how a judge would operate.

“I know how Justice Court needs to be run, and I think I can do a very good job making sure that Justice Court runs efficiently,” she said.

If elected, Rinetti said she would like to see a program to keep young, repeat defendants from ended up with felonies. She said a structured program would be able to make “long lasting” changes for defendants in Justice Court, which handles misdemeanor cases.

“It’s hard to make a young person a felon, it has devastating consequences long-term,” she said.

While Berkley and Rinetti’s careers have focused on criminal law, Wilson said her experience as a prosecutor, defense attorney and civil attorney makes her the most qualified candidate in the race.

Wilson, 51, graduated from the Reuben Clark Law School at Brigham Young University in 1998. She worked as a prosecutor in California in both Orange County and San Mateo County before opening a private criminal defense practice in 2000 in Redwood City, California.

She worked as a prosecutor in Arizona’s Maricopa County for about two years starting in 2007, and served as judge pro tempore in the county from 2009 to 2012.

Wilson moved to Las Vegas in 2012 and was admitted to the State Bar of Nevada in 2014. She currently works in private practice, focusing on civil litigation and personal injury cases. She has presided over criminal and civil cases in Las Vegas Justice Court since December 2020, when she was appointed as a judge pro tempore.

If elected, Wilson said she would use her judicial experience to run an efficient courtroom and “treat everyone with respect and dignity.”

“I would hope that any person that comes into my courtroom, even if the decision doesn’t go the way they had hoped it would, that they would at least leave the courtroom feeling that they had been heard,” she said.