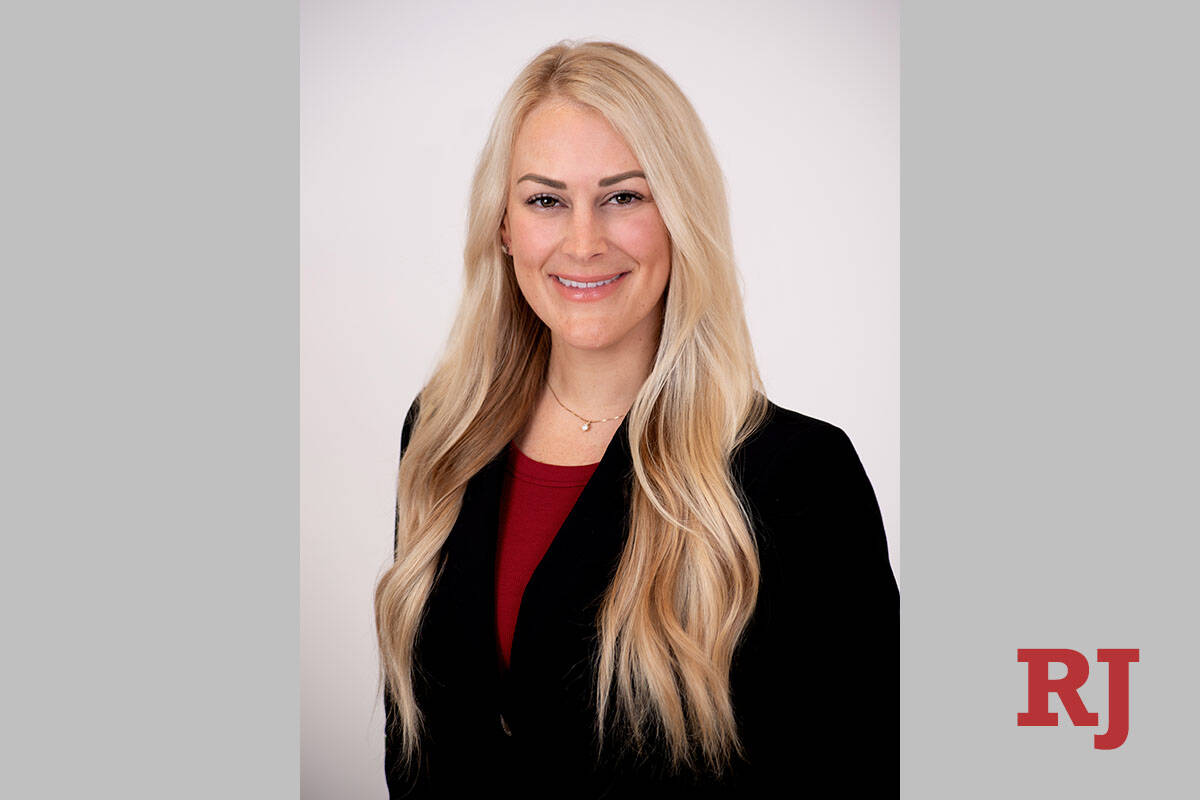 Jenna Waltho, a Republican, announced Thursday that she plans to seek election to the county commission in District F, saying that her past and current civic roles have “cemented my desire to further serve my community.”

“I firmly believe that the decisions made by the Clark County Commission must start with the residents and the voters,” she said in a statement sent to the Las Vegas Review-Journal through her campaign.

“Most of my decisions today as a Planning Commissioner are advisory in nature,” she said. “I want to be in the position to work with the neighborhoods and applicants to arrive at a win-win final decision.”

Waltho, 36, was appointed to the planning commission in January by Naft, who cited her “ability to understand the needs of her neighbors and the development community” in a Facebook post at the time.

“I’m disappointed,” Naft said by phone. “I think that she makes a good planning commissioner.”

Naft said he had expected her attention to be fully focused on the planning commission and only recently found out that she intended to run.

He added that he is “obviously fully supportive” of Jones’ re-election campaign.

Jones: ‘Proud of my record’

Jones, 46, a Democrat, confirmed he will be seeking a second term on the commission.

He touted the board’s efforts to ensure vaccines were widely accessible and to assist small businesses and families facing eviction during a COVID-19 pandemic that has brought “unprecedented challenges.”

“I am proud of my record of listening and leading with my heart and will continue to fight every day to meet the needs of my District F constituents,” he said in a statement to the Review-Journal.

Waltho did not criticize Jones in her campaign announcement but instead spoke of her civic background, which includes four years on the Enterprise Town Advisory Board. She was chairwoman for the past two years.

She is a lifelong conservative who first registered as Republican in 2015 before soon switching to nonpartisan while a member of Junior League of Las Vegas, a women’s organization that promotes voluntarism, according to her campaign. She re-registered as a Republican in July.

Waltho said her priorities are to make neighborhoods more safe and provide them with more amenities, improve infrastructure, be a transparent lawmaker and require transitional buffering near rural preservation neighborhoods.

She also said she would want to work with developers to ensure new developments were energy- and water-efficient.

Waltho has lived in Nevada for 14 years and is a graduate of Kansas State University, according to her campaign. She is an assistant manager at Fendi inside the Forum Shops at Caesars Palace, the campaign said.

The District F seat is one of three up for election in 2022. Commissioners Tick Segerblom (District E) and Jim Gibson (District G) confirmed Thursday they would seek to retain their seats.

The filing period for nonjudicial races begins March 7, and the primary election is June 14.