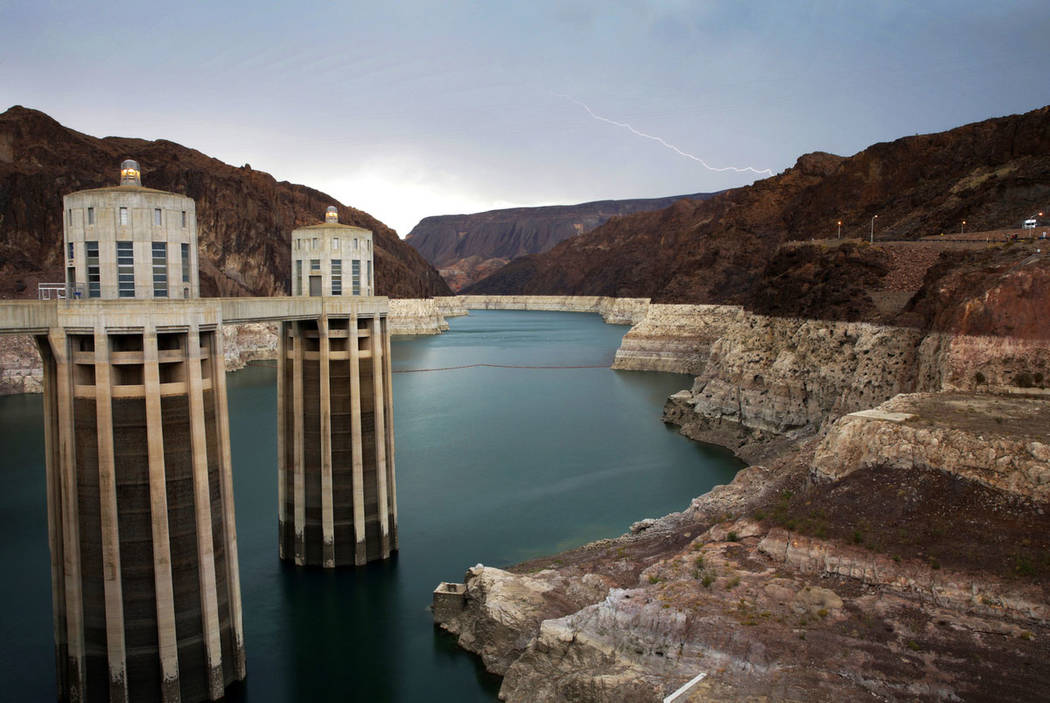 California is now the lone holdout on an emergency drought plan for the Colorado River, and the other river states are turning up the heat to get the deal done.

Representatives from Nevada and five other Western states sent a letter to California on Saturday urging water officials there to set aside their concerns and “and immediately and unconditionally approve” the so-called Drought Contingency Plan.

“As you know, Lakes Powell and Mead could reach critically low levels as early as 2021 if the unprecedented dry conditions in the basin do not significantly improve,” the letter states. “The (drought plans) that the seven states carefully negotiated over the last several years are needed now to address this impending crisis.”

The letter comes as time ticks down on the latest federal deadline for action on the drought-stricken river.

U.S. Bureau of Reclamation Commissioner Brenda Burman has given the states until March 19 to either complete their drought plans or submit any input they might have before her agency takes action on its own to keep the Colorado’s two largest reservoirs from crashing.

Under the as-yet-unfinished deal among the states, Nevada, Arizona and, eventually, California would voluntarily reduce their use of the river and leave more water in Lake Mead, while Colorado, New Mexico, Utah and Wyoming would send more water downstream to prop up Lake Powell.

In separate talks that wrapped up in 2017, Mexico agreed to share in the voluntary cuts on the river, but only if the drought plan among the states is finalized.

The cuts would start in early 2020, assuming the deal gets done in time to be executed this August, when the Bureau of Reclamation issues its river operations plan for the coming year.

In recent days, water agencies in Arizona signed off on the last of the underlying agreements needed for that state’s part of the drought plan.

California’s participation has been tied up so far by its largest Colorado River water user, the Imperial Irrigation District, which has refused to join the final deal unless it includes funding to stabilize the Salton Sea and stave off a mounting environmental crisis at the shrinking desert lake.

Early this month, Erik Ortega, board president for the massive irrigation district, said his agency remained committed to the drought plan but called the Salton Sea “an indispensable part of that package, not an invisible one.”

The letter from Nevada, Arizona, Colorado, New Mexico, Utah, and Wyoming acknowledges the importance of addressing the Salton Sea, but it seeks to separate that issue from the broader, interstate response to 20 years of record drought on the Colorado River.

In a phone interview Saturday, Southern Nevada Water Authority General Manager John Entsminger, who signed the letter to California on Nevada’s behalf, said he remains confident that all seven river states will be ready to send the finished drought plan to Congress by March 19 for final authorization.

“I believe it’s going to happen,” he said. “Six states are done, and I believe the majority of water contractors in California support the plan.”

As for lawmakers in Washington, Entsminger said he expects the drought response to receive broad, bipartisan support in Congress once it finally gets there.

“Water doesn’t have a political party,” he said.