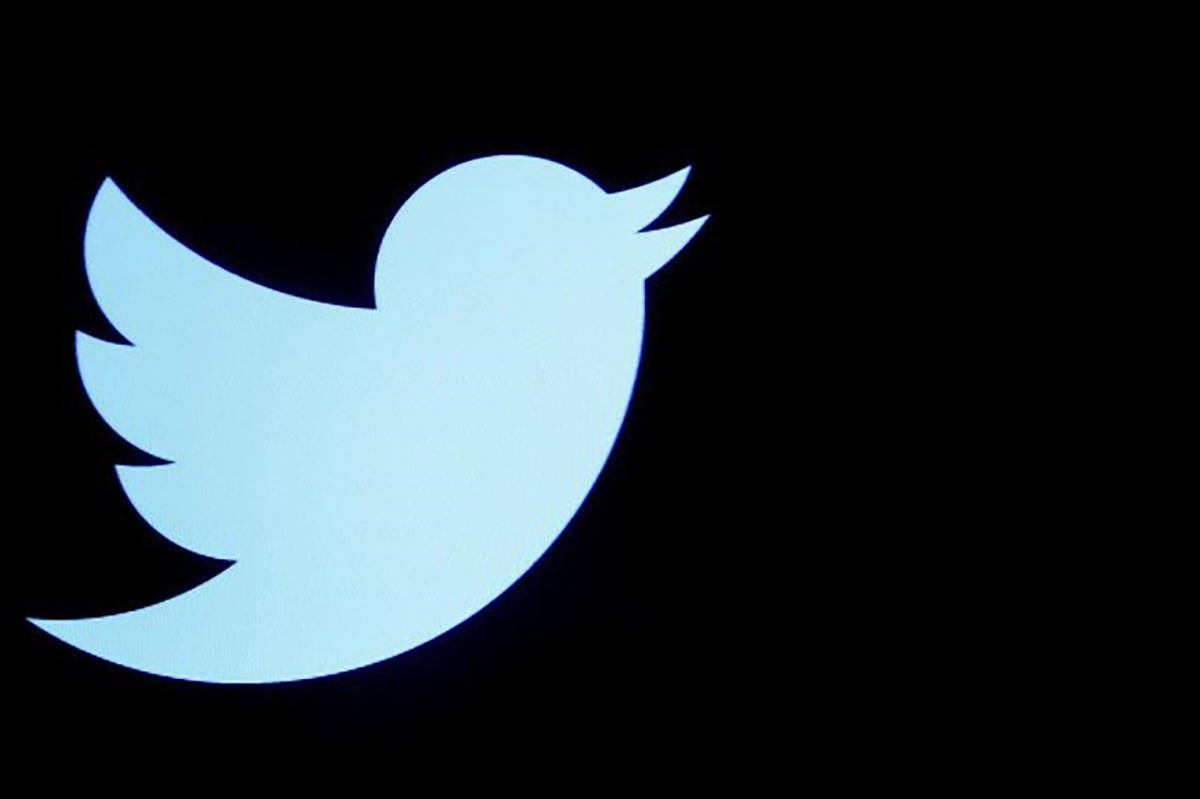 The Twitter logo is displayed on a screen on the floor of the New York Stock Exchange (NYSE) in New York City, U.S., September 28, 2016. (Brendan McDermid/Reuters, File Photo)

WASHINGTON — When the Campaign Against Anti-Semitism released screenshots of Twitter locking several accounts that displayed the Star of David, which could be unlocked if users removed the “hateful imagery,” Twitter admitted that it had made a mistake.

“We categorically do not consider the Star of David as a hateful symbol or hateful image,” the social media giant tweeted on July 22.

In two tweets that followed news reports, Twitter explained, “We have for some time seen the ‘yellow star’ or ‘yellow badge’ being used by those seeking to target Jewish people. While the majority of cases were correctly actioned, some accounts highlighted recently were mistakes and have now been restored.”

Meanwhile, in Henderson, Parler, a startup platform pronounced like the word for a sitting room in a bygone era, acted on the truism that when one door closes, another opens.

Aware of critics’ allegation that Twitter exercises a heavy hand censoring Jewish users, which Twitter denies, Parler sent out a news release with links to stories about the locked accounts under the heading “Anti-Semitism at Twitter?”

We want to clarify some questions about hateful imagery on Twitter. We categorically do not consider the Star of David as a hateful symbol or hateful image. We have for some time seen the 'yellow star' or ‘yellow badge’ symbol being used by those seeking to target Jewish people.

The release included a statement by Parler strategic investor Jeffrey Wernick, who said that for him as a Jew, the Star of David “symbolizes my love for Judaism, which does not conflict in any way with my love for my nation and my love for humanity. To designate it, if the allegations are true, as a hateful image, is not only an act of hate but also likely libelous and slanderous.”

Parler, with its nearly 3 million users signing on since its start in 2018, offers an outside-Silicon Valley alternative for conservatives and activists who feel targeted by Twitter policies to check hate speech and inaccuracies.

It’s a suspicion shared by President Donald Trump, who this year found himself on the receiving end of Twitter warnings and fact-checking.

On its homepage, Parler bills itself as an “unbiased social platform focused on open dialogue and user engagement. We allow free speech and do not censor ideas, political parties or ideologies.”

When a reporter created an account, Parler displayed the accounts of famous customers, including a Trump son, GOP members of Congress and Fox News personalities.

Ubiquitous Fox News figure Dan Bongino not only joined Parler but also took an ownership stake in the platform, which he dubs “the hottest social media alternative in the market right now.” Bongino frequently pops up on — where else — Twitter to tell followers to ditch “the tech tyrants” and sign up with Parler.

Parler CEO John Matze recently told C-SPAN that the platform’s requirement that users submit a phone number limits the number of bot accounts and restricts users to one handle, which should cut down on social media mischief. In an apparent homage to Twitter CEO Jack Dorsey’s Twitter handle, @Jack, Matze signs on as @John.

Matze says his platform welcomes users from all political persuasions. Some liberals have complained that they tried to join Parler, if only to spar with Trump voters, but found themselves kicked off. Matze told C-SPAN that his platform has blocked users who posted pornography or images of fecal matter.

“We’ve had these censorship platforms for 10 years now,” he told C-SPAN. “And I’d say the country’s only gotten more divided.”

Wernick told the Review-Journal that he did not know for certain whether Twitter showed bad faith in locking the Star of David accounts reported by the Campaign Against Anti-Semitism, but he said he is sure that Twitter has a double standard that shortchanges Jewish expression.

“Only one of the accounts locked featured a yellow star, and it very clearly did so as a means of reclaiming the yellow stars used by the Nazis,” Silverman said. “This is precisely the kind of inept response to anti-Semitism that we have come to expect from Twitter, which just last week tried to convince us that the viral anti-Semitic #JewishPrivilege hashtag was legitimate.”

Silverman was referring to an anti-Semitic hashtag campaign, which some Jewish users slyly turned into an opportunity to discuss hardships their families had endured.

“It seems that Twitter prefers to go after Jewish users who proudly display their identity but not after anti-Semitic users who unabashedly promote anti-Jewish vitriol,” Silverman concluded.

In 2018, the Anti-Defamation League found an estimated 4.2 million tweets with anti-Semitic expressions, stereotypes, code words, symbols and conspiracy theories during the previous year.

Boston University professor Marshall Van Alstyne, who specializes in communications markets, laid out a scenario in which Twitter, which claims 330 million active users, could have had “an honest mistake made by a programmer that did not anticipate the consequences of picking up patterns.”

“Purveyors of hate speech might have exhibited a pattern of sharing this content independent of honest, noble and caring citizens also sharing this content,” Van Alstyne explained. “One was bad, the other was good, and the machine that flagged it wasn’t smart enough to distinguish the two. By contrast, if a human made the decision to flag it, then I would be seriously concerned.”

Matt Brooks, executive director of the Republican Jewish Coalition, sees a pattern of Twitter accounts that remain active despite a history of anti-Semitic remarks, including Nation of Islam leader Louis Farrakhan; Ayatollah Ali Khamenei, Iran’s supreme leader; and U.S. Rep. Ilhan Omar, D-Minn., who tweeted that congressional support for Israel was “all about the Benjamins.”

“The fact that they find that people who want to showcase the Star of David in terms of their Jewish heritage and pride as hate speech is ridiculous, and it’s really a crystal ball into the future where if this cancel culture and political correctness run amok is allowed to continue,” Brooks said.

For that reason, Brooks added, 2020 will be a contest that pits the right against “the progressive left who want to cancel everything and take down the Star of David and take down statues of (George) Washington and Mount Rushmore.”

Brooks has been a key player in Trump’s effort to increase his share of the Jewish vote, which was 24 percent in 2016, even though Jewish support for Republicans fell to 17 percent in 2018.

Will Parler be an influencer in November? Van Alstyne thinks not. For one thing, Parler is “just too small with less than four months to go.”

And he wonders whether Parler eventually could fall into the same trap that ensnared Twitter, which once considered itself “the free speech wing of the free speech party.”

“It’s not clear Parler can yet draw the line for less censorship that doesn’t cross the line for no censorship when Twitter already tried that,” he said. “In the future, maybe they’ll find a way, but in time for the current election, I don’t think so.”

The Review-Journal is owned by the family of Las Vegas Sands Corp. Chairman and CEO Sheldon Adelson. Adelson is on the board of directors of the Republican Jewish Coalition.