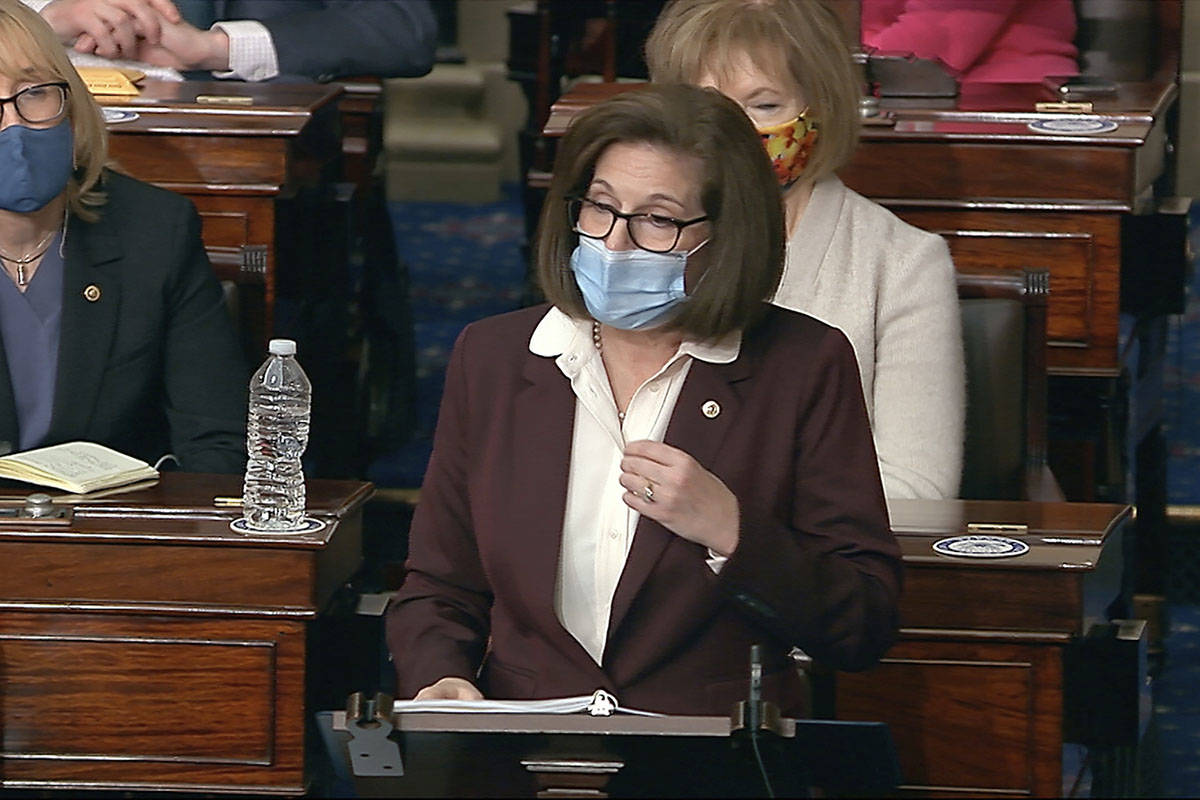 In this image from video, Sen. Catherine Cortez Masto, D-Nev., speaks as the Senate reconvenes after protesters stormed into the U.S. Capitol on Wednesday, Jan. 6, 2021. (Senate Television via AP)

The announcement was not a surprise, as Cortez Masto had said in recent interviews she planned on running again. Her campaign filed its paperwork with the Federal Election Commission in December.

“When I was first elected, I made clear I’d always make Nevada families my top priority in the Senate, and that’s exactly what I’ve done,” Cortez Masto said in the video.

She highlighted votes on affordable health care and immigration and pledged to work “night and day” on providing relief needed during the COVID-19 pandemic.

Cortez Masto is the state’s senior senator and the first Latina elected to Congress’ upper chamber. She defeated Republican Rep. Joe Heck by about 2.5 percentage points in 2016.

She has yet to officially draw a challenger, but Republicans have made it clear she will be targeted in the upcoming cycle. The GOP recently attacked her in a digital ad focused on school reopenings.

Democrats hold a majority in the Senate by the thinnest of margins, 50-50 with Democratic Vice President Kamala Harris holding the tiebreaking vote.