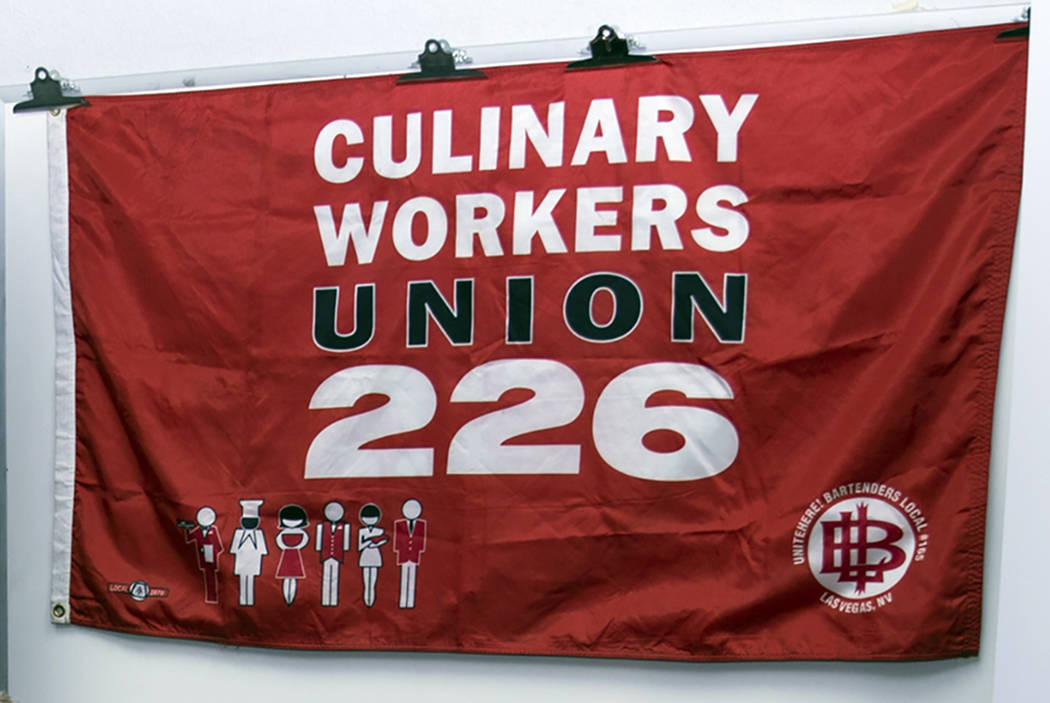 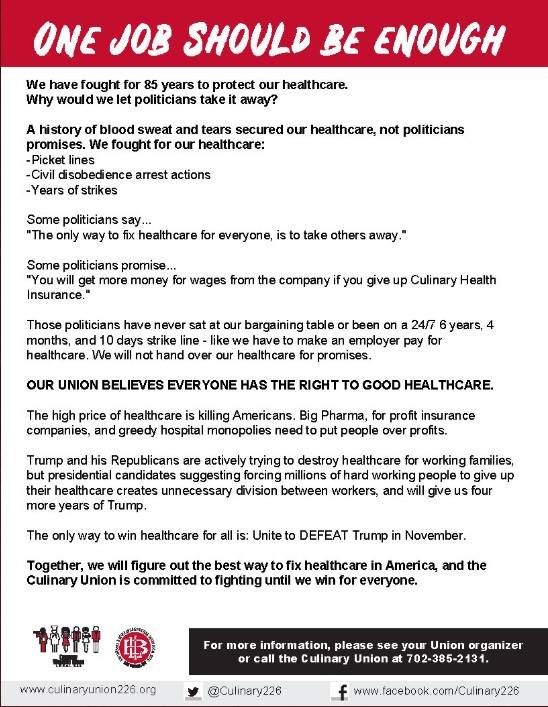 A flier circulated by Culinary Union Local 226 seems to attack the Medicare for All policy advocated by Sens. Bernie Sanders and Elizabeth Warren.

The flyer, written in English and Spanish and shared on Twitter on Friday, asks, “We have fought for 85 years to protect our health care. Why would we let politicians take it away?”

Though it doesn’t mention Sanders, Warren or “Medicare for All” by name, it heavily implies their plans to eliminate nearly all private insurance would be bad for the union and make it harder to defeat President Donald Trump.

The 60,000-plus-member union has yet to decide whether to back a candidate in 2020. Sanders and Warren were among the crowded field of challengers who met with the union in Las Vegas to seek its endorsement.

Most of Warren and Sanders’ policies were well-received during their Culinary union town halls, but union leadership and some members pushed back on the health care proposals.

Several sections of the flyer feature mock quotes from Sanders’ visit, during which he said Medicare for All is a way to fix health care for everyone, and employers will reinvest savings from the policy into workers’ salaries.

“Those politicians have never sat at our bargaining table or been on a 24/7 six years, four months and 10 days strike line,” the flyer reads.

Sanders has been endorsed by several of the Culinary union’s sister organizations in other states. His campaign declined to comment on the flyer.