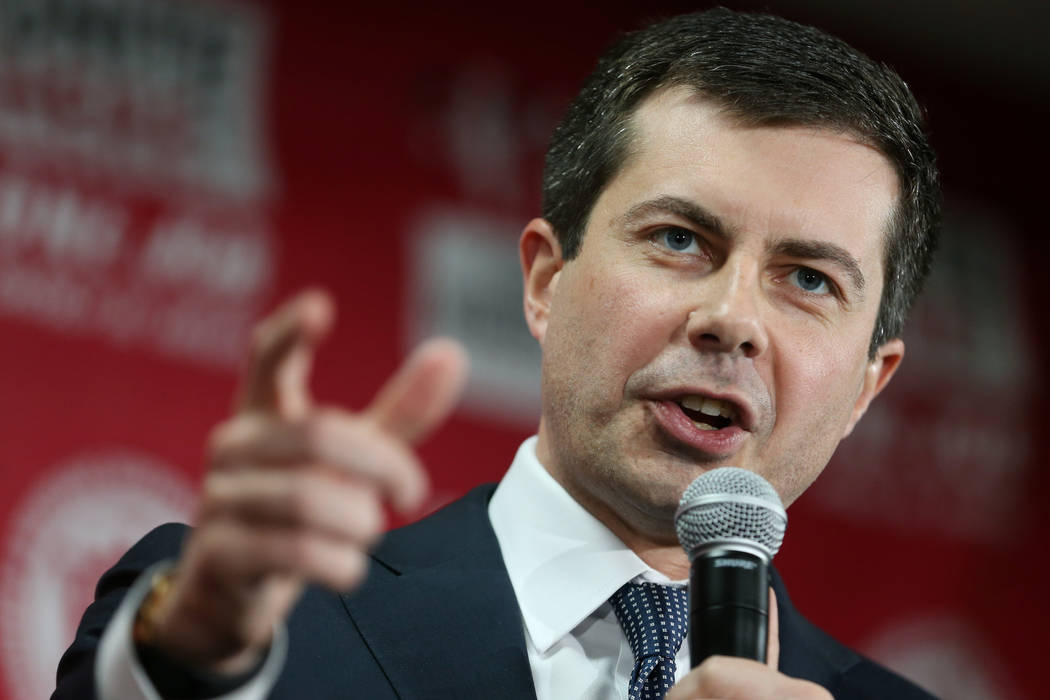 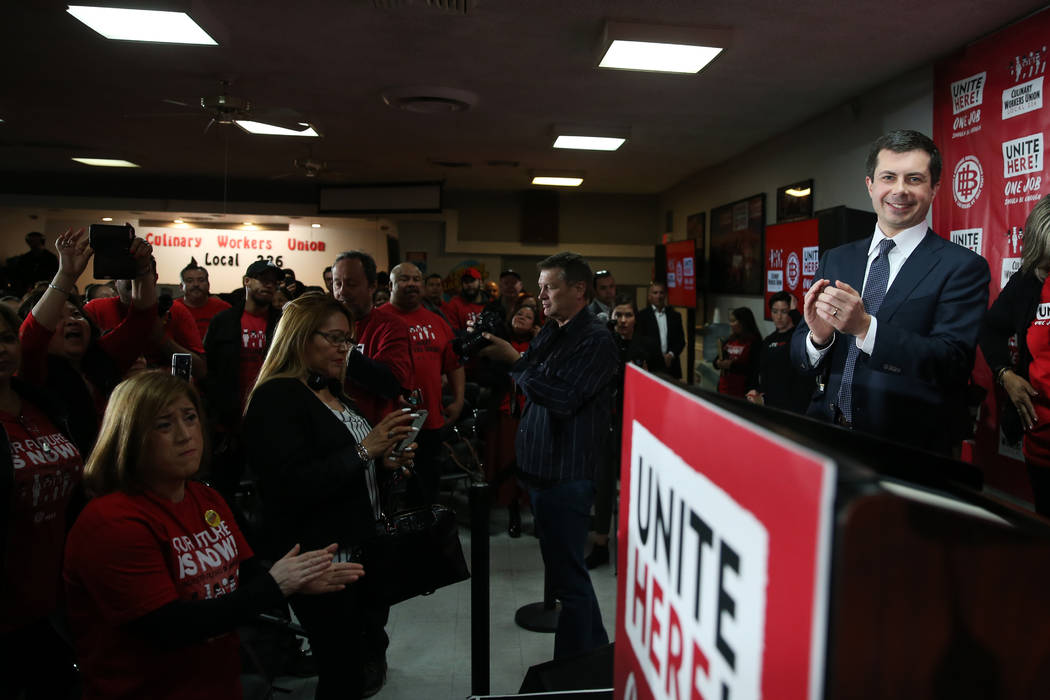 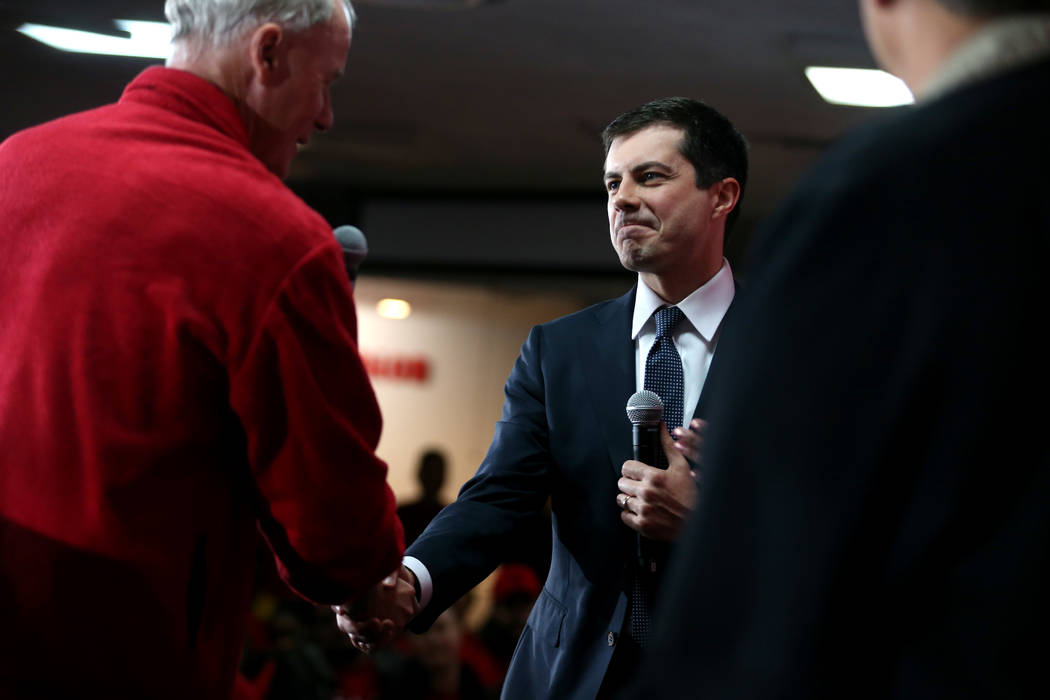 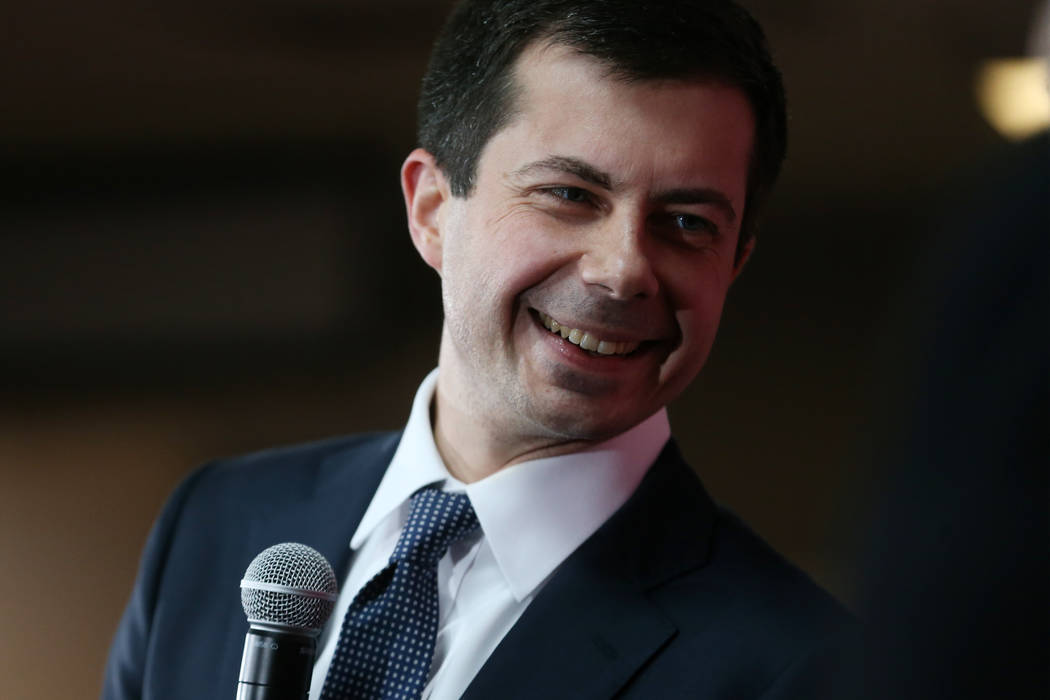 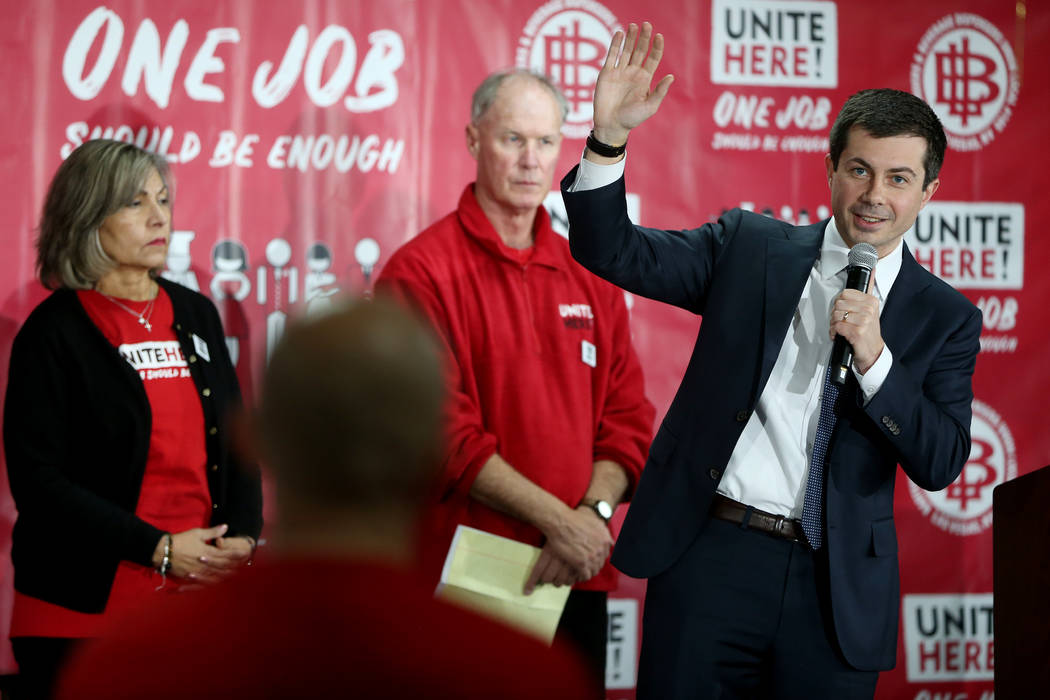 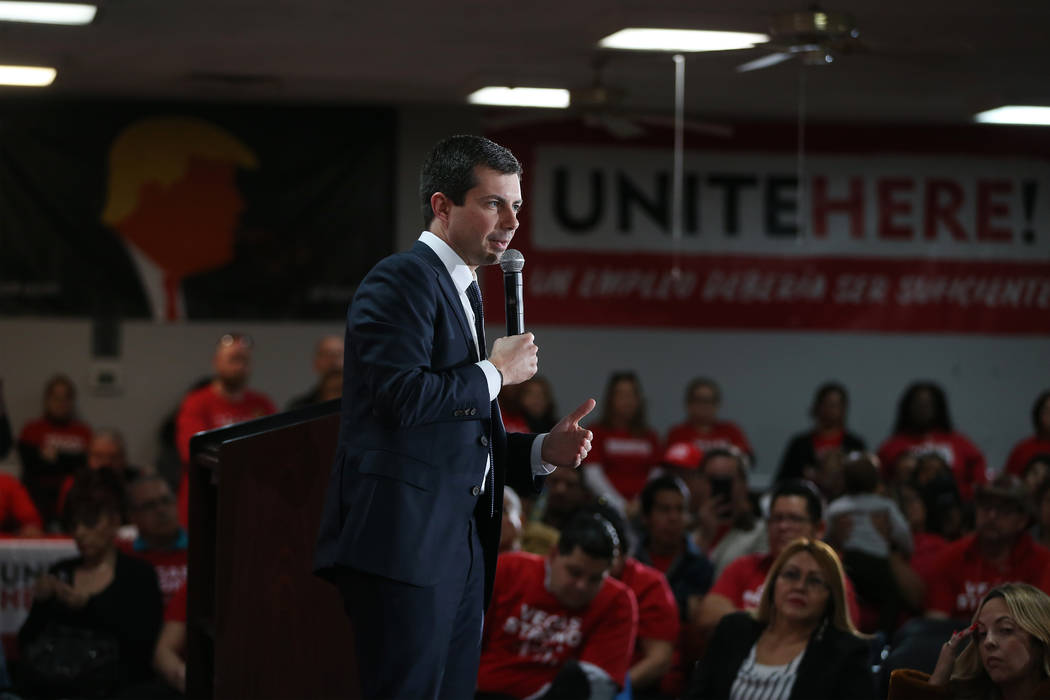 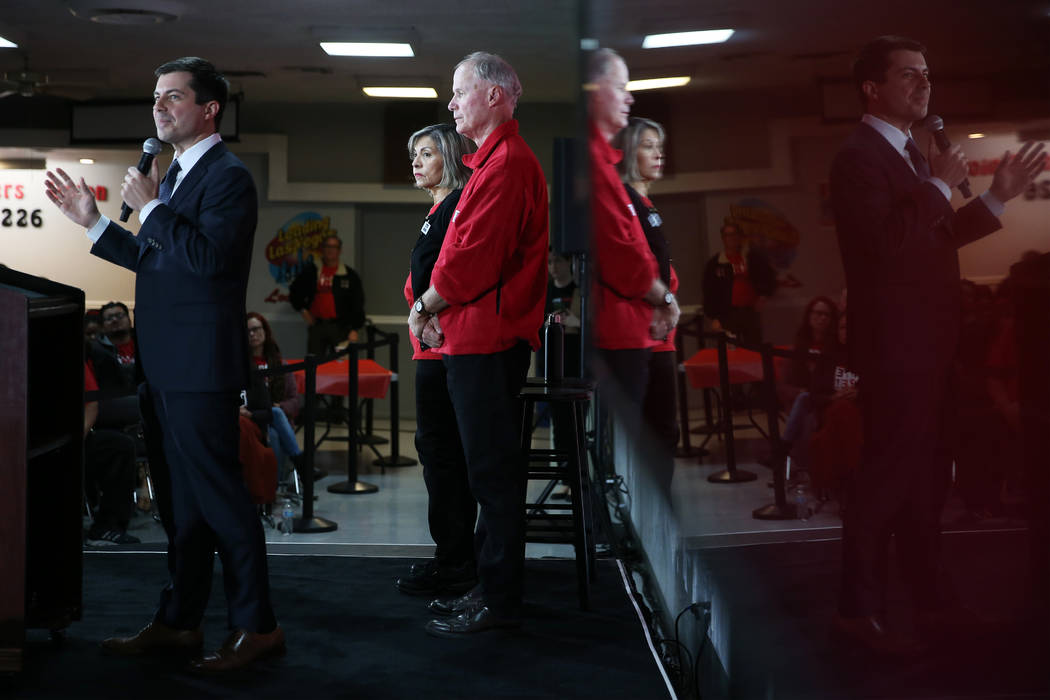 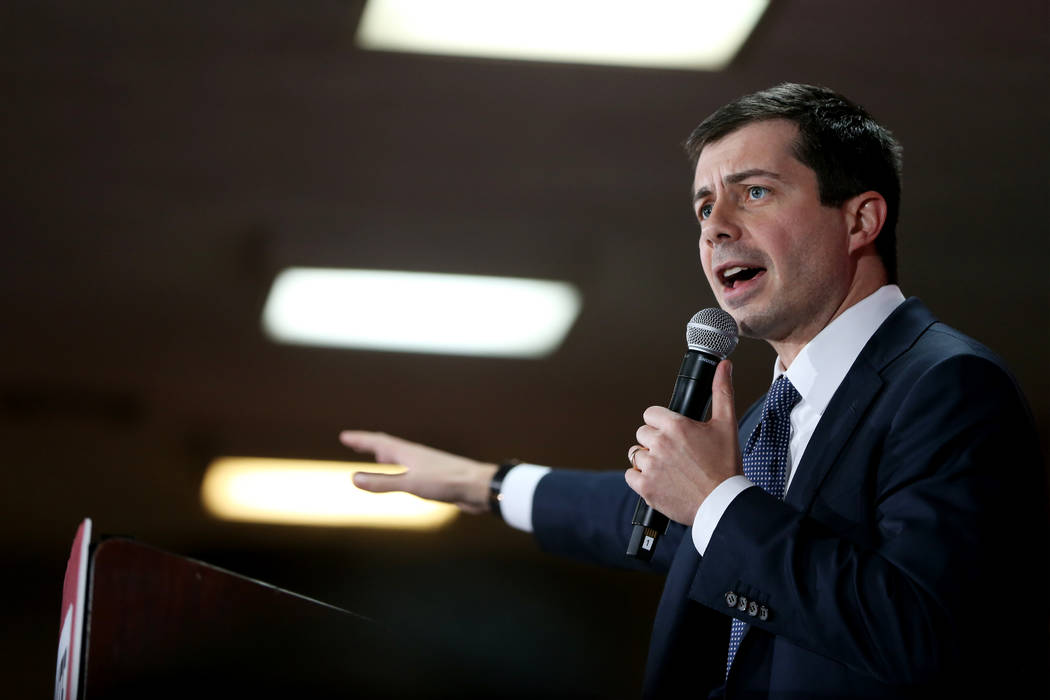 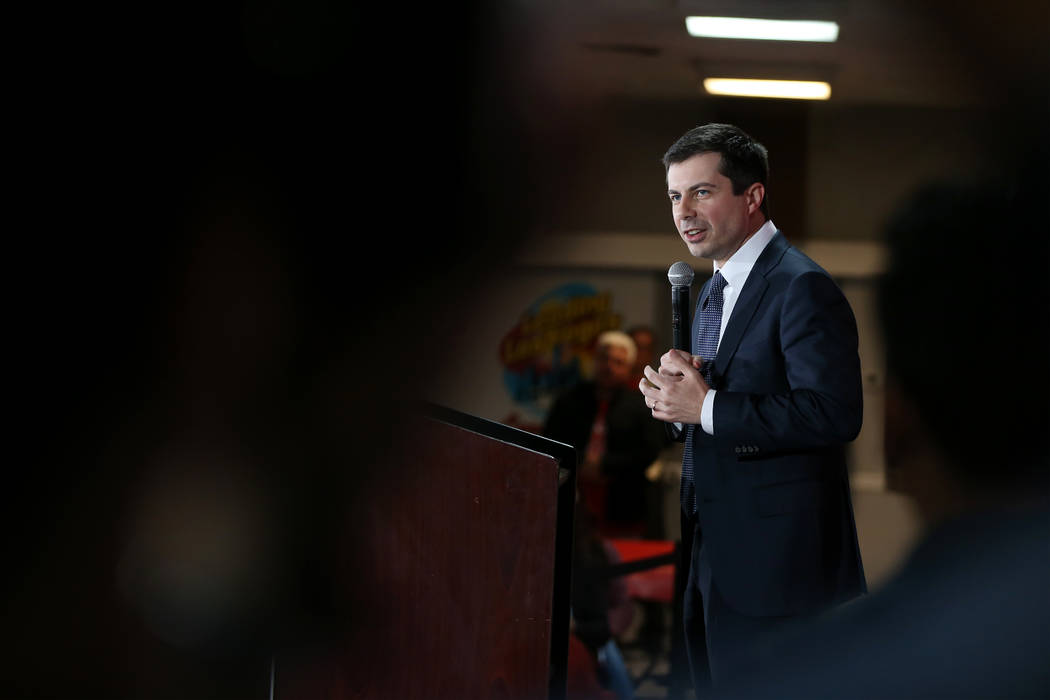 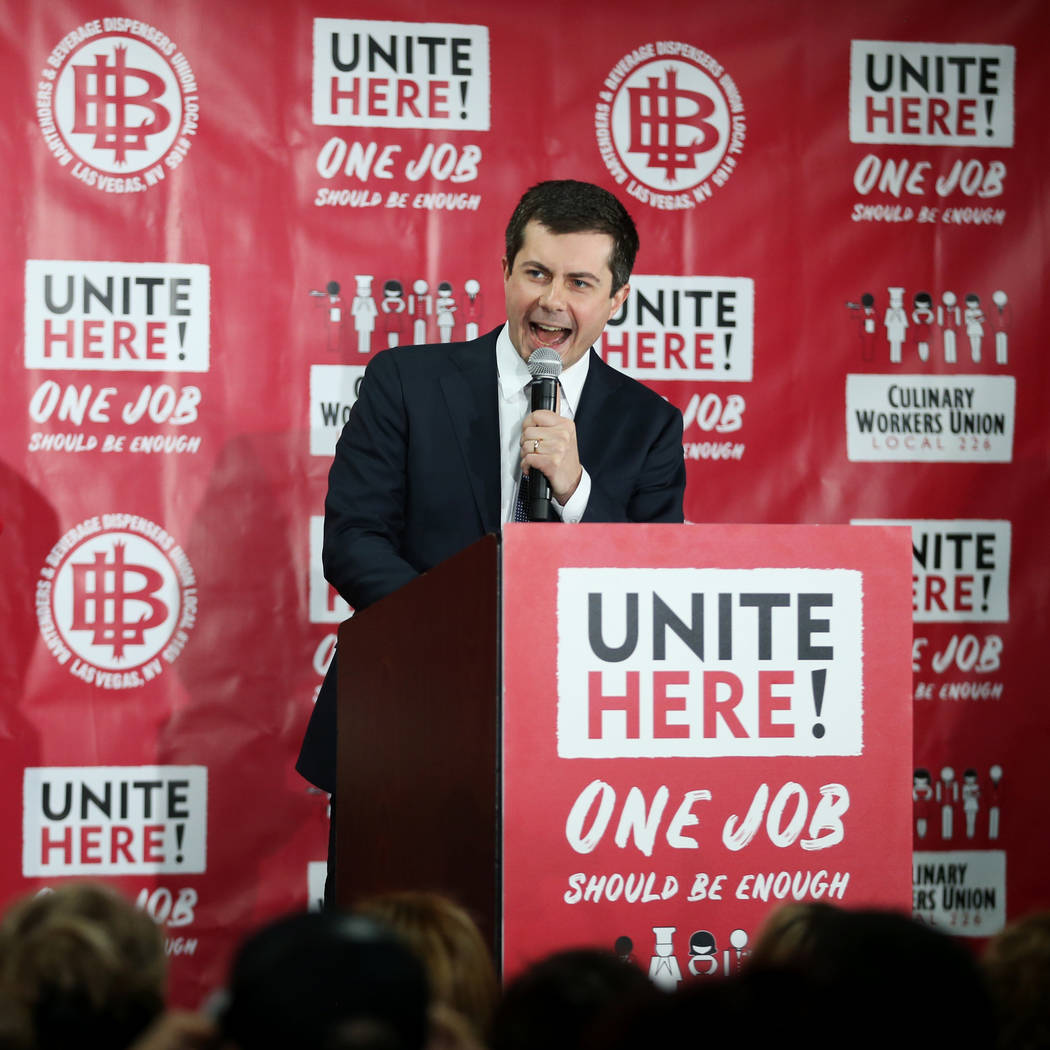 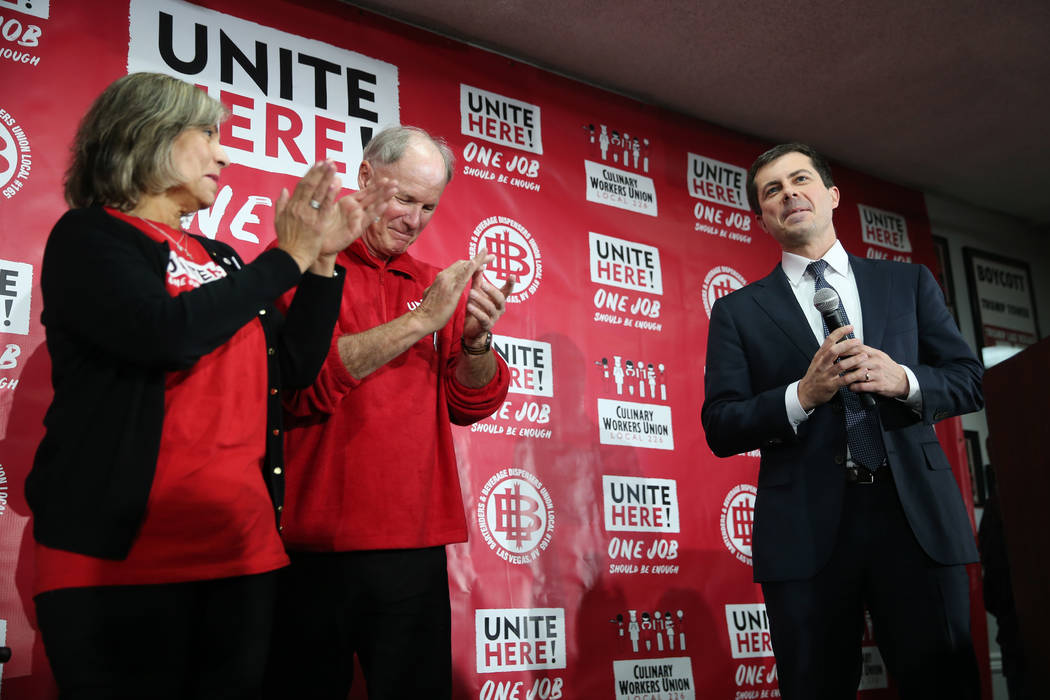 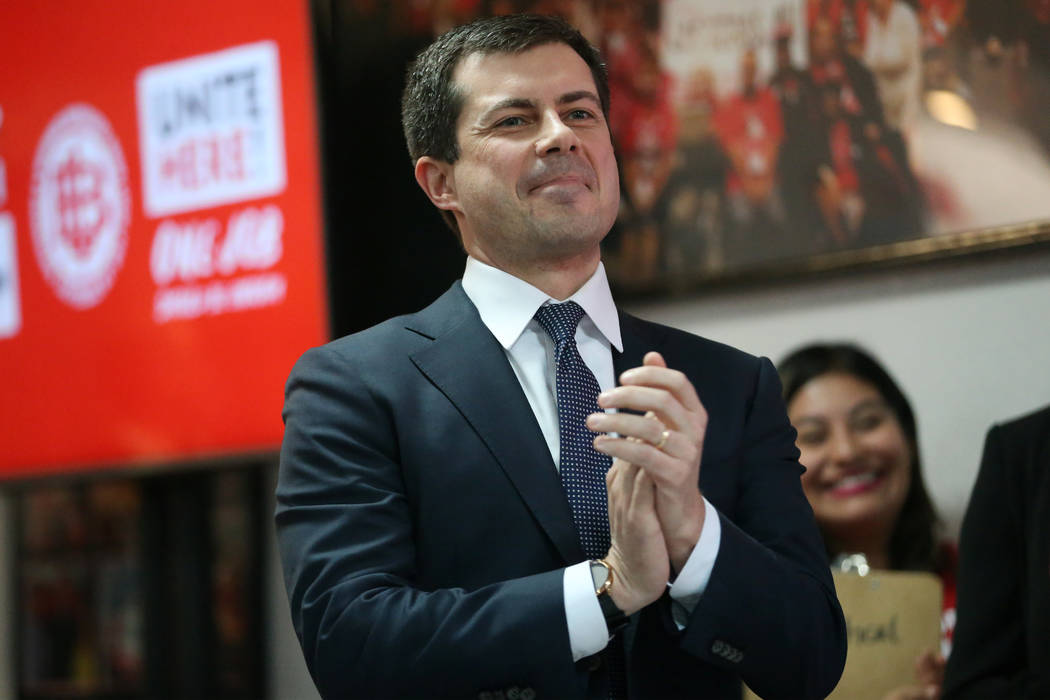 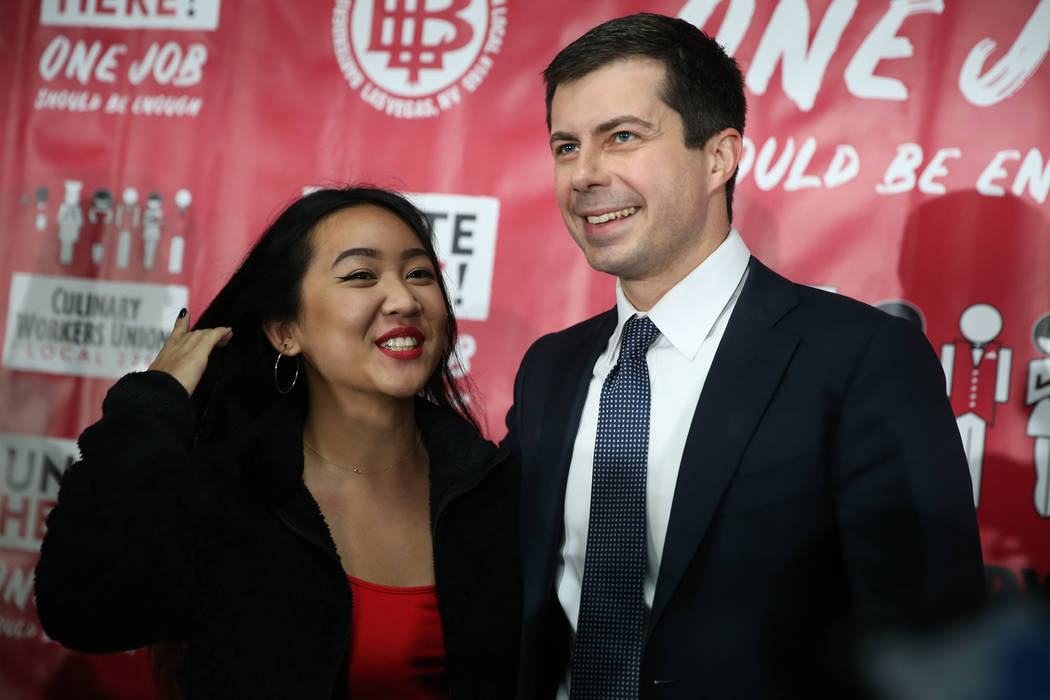 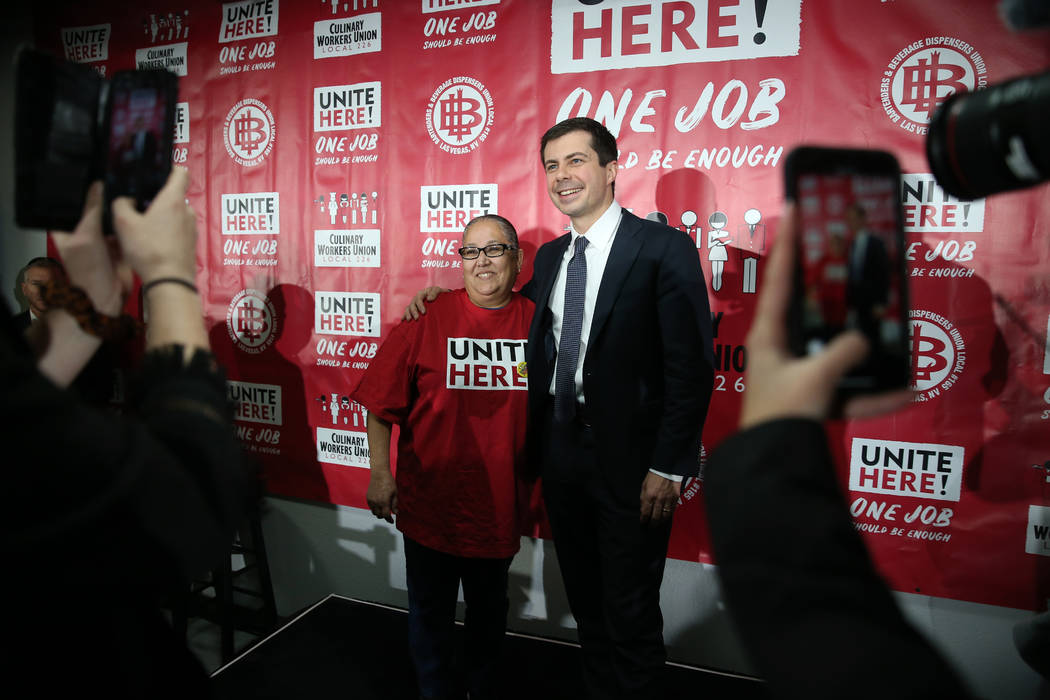 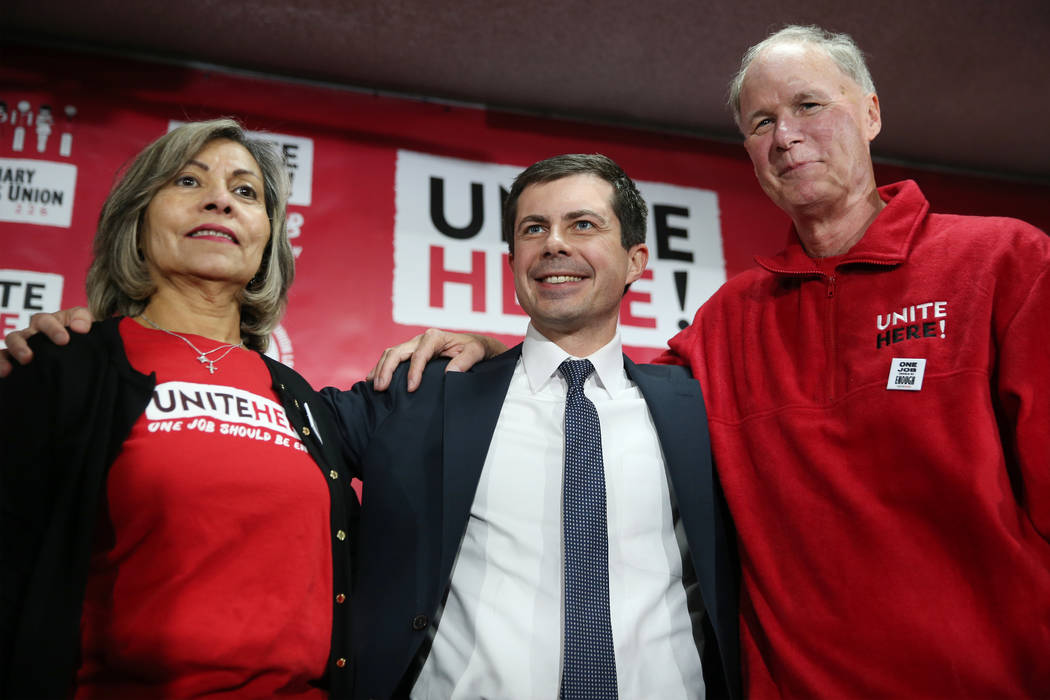 The political newcomer did not enjoy the fanfare that preceded more experienced candidates during their Culinary forums, but the crowded union hall embraced Buttigieg’s responses to questions on health care, immigration and war in the Middle East.

He opened by crediting the Culinary union for helping the Nevada Legislature pass a measure restricting surprise emergency room bills, which union members loudly cheered, and ended his remarks with a well-received answer on why he is tough enough to take on President Donald Trump in what union leaders said will be a dirty 2020 presidential election.

■ Spanish a plus: During his typical opening campaign remarks and an answer on immigration, Buttigieg became the first candidate to address the crowd in Spanish. A loud, enthusiastic response immediately followed from the majority-Latino union, whose 60,000-plus members hold significant political power in Nevada.

■ No problems on health care: Like Sen. Amy Klobuchar, who held her own town hall just before his, Buttigieg received a passing grade by telling members they will keep their cherished health care coverage if he is elected president.

“I don’t think Washington ought to decide when and whether you go onto a public plan,” Buttigieg said. “I think you ought to decide, and I trust you to make the right decision.”

No one in the crowd challenged his former support for “Medicare for All,” which was a sticking point for Sens. Elizabeth Warren and Bernie Sanders during their town hall meetings with the union.

■ Facing down Trump: Buttigieg called Trump a bully, adding that he had plenty of experience dealing with bullies growing up as a gay man in Indiana. He also said his deployment to a war zone in Afghanistan gave him a sense of calm in dealing with an opponent whose main form of attack comes from “a tweet full of typos.”

Buttigieg said every election comes down to voters selecting who will make their lives better. His platforms on increasing worker pay and the right to organize, expanding health care access and increasing paid family leave are better than Trump’s, he added.