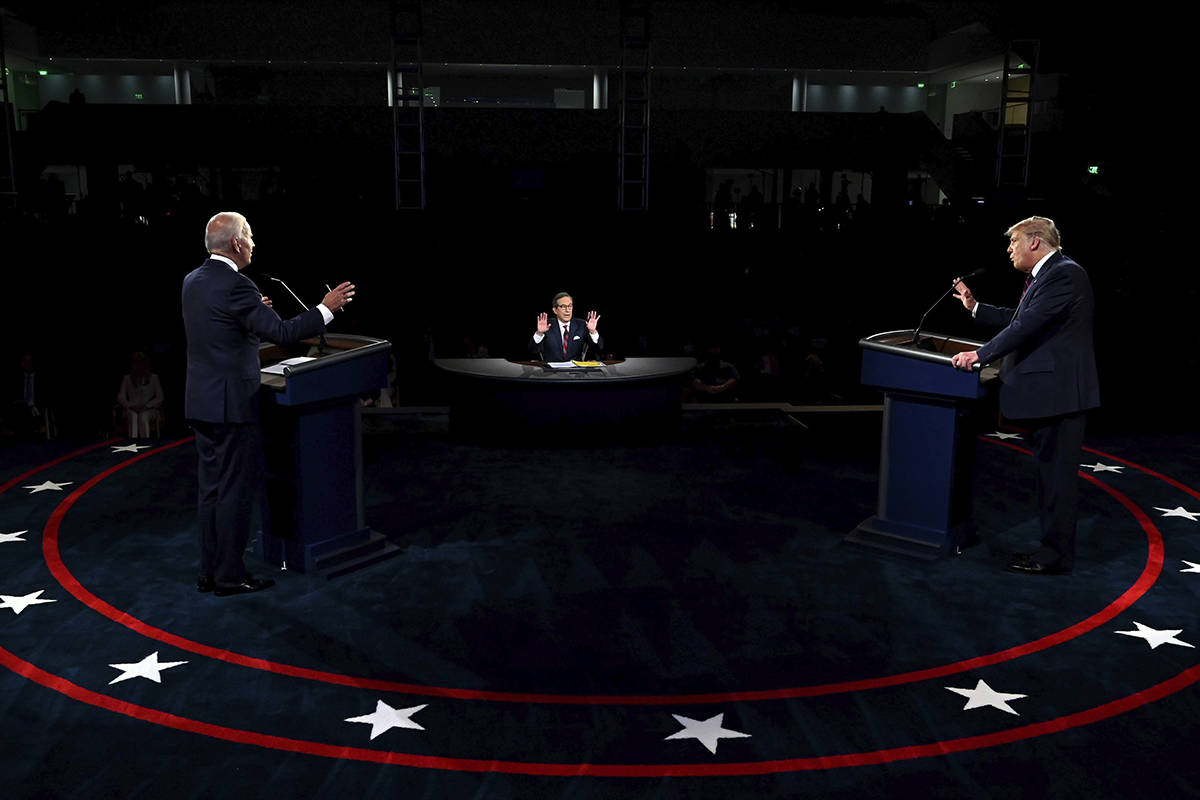 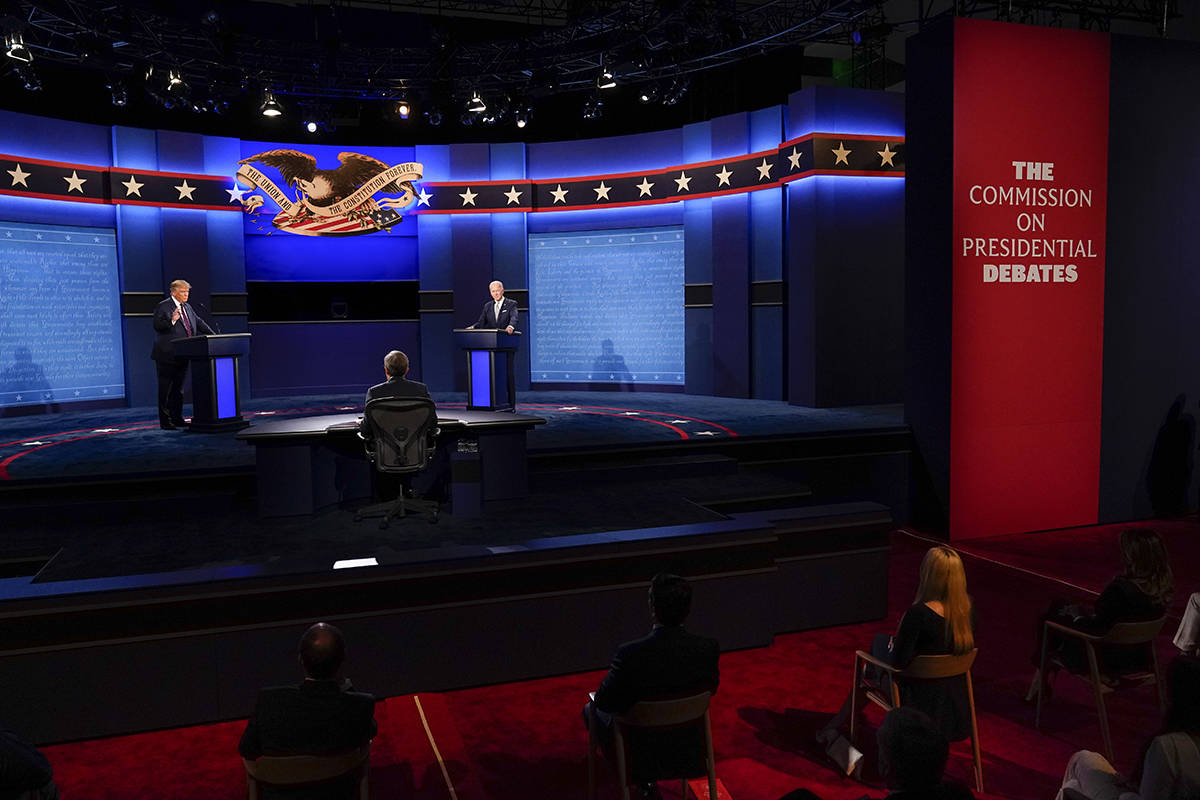 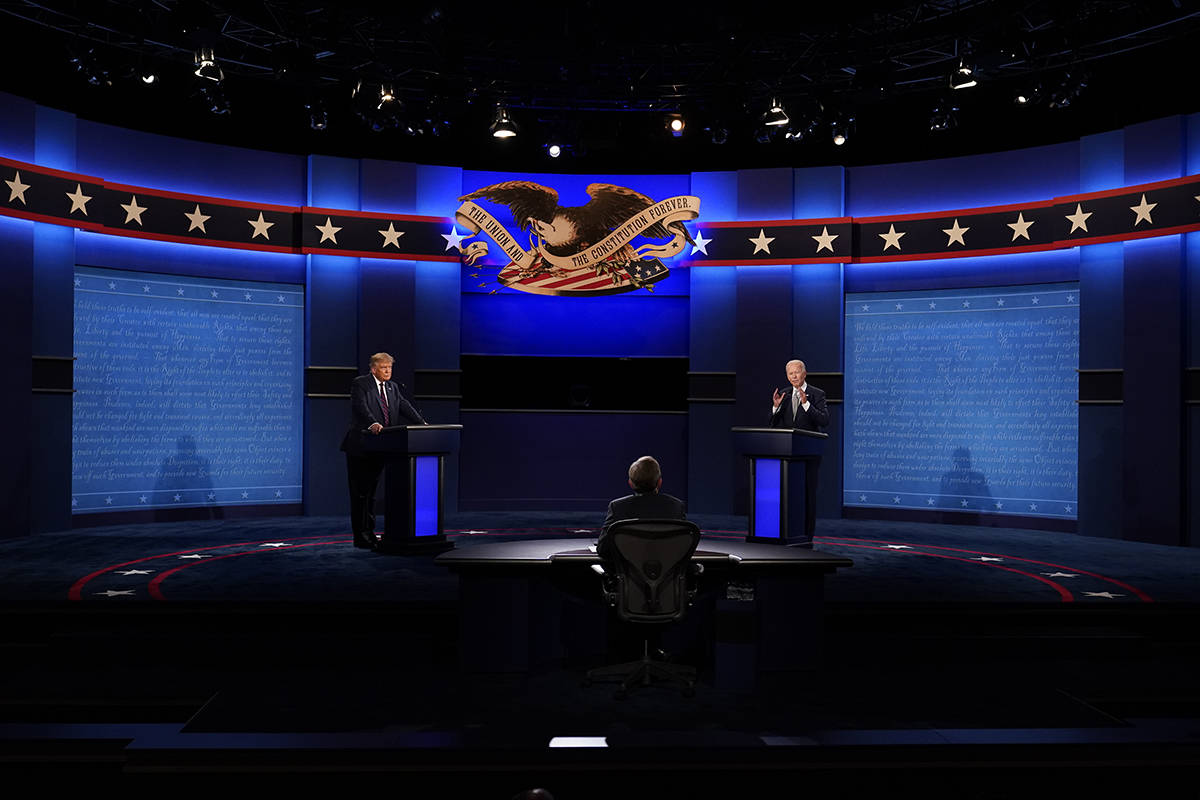 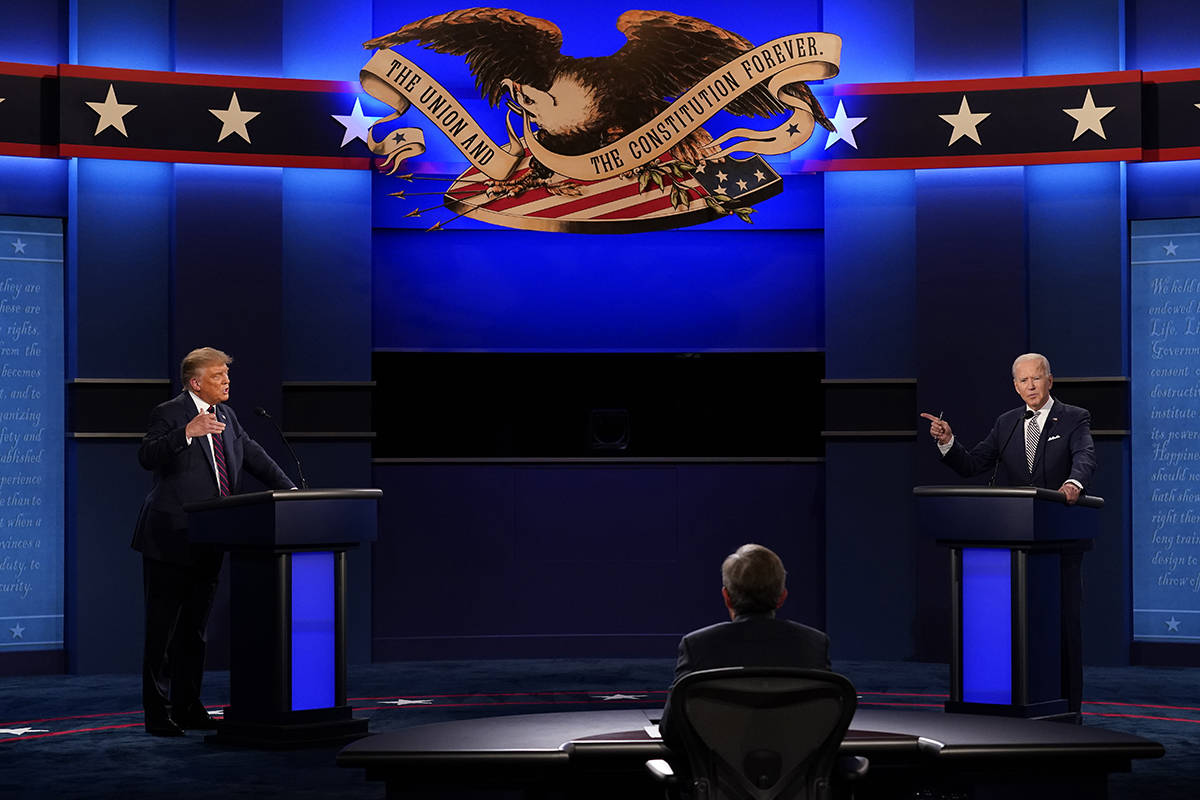 FILE - In this Tuesday, Sept. 29, 2020 file photo, President Donald Trump, left, and Democratic presidential candidate former Vice President Joe Biden, right, with moderator Chris Wallace, center, of Fox News participate in the first presidential debate of the 2020 election at Case Western University and Cleveland Clinic, in Cleveland, Ohio. On Friday, Oct. 2, 2020, The Associated Press reported on stories circulating online incorrectly asserting that video footage and photos from the presidential debate show that Biden was wearing a wire. Biden’s campaign confirmed to The Associated Press that the Democratic presidential candidate wore his late son Beau’s rosary beads on his wrist last night at the debate. Another supposed wire location was a crease in his shirt. (AP Photo/Patrick Semansky)

Trump campaign manager Bill Stepien says Trump “is committed to debating Joe Biden regardless of last minute rule changes from the biased commission in their latest attempt to provide advantage to their favored candidate.”

The nonpartisan Commission on Presidential Debates announced Monday that the second and final debate between the two candidates will have each nominee muted while the other delivers his two-minute remarks at the outset of each of the six debate topics. The remainder of each 15-minute block will be open discussion, without any muting, the commission said.

The move is meant to prevent a repeat of the inaugural debate three weeks ago when the two candidates, but mostly Trump, interrupted each other repeatedly.

The Biden campaign did not immediately comment on the new rule.

The commission has faced pressure from the Trump campaign to avoid changing the rules, while Biden’s team was hoping for a more ordered debate. In a statement, the commission said it “had determined that it is appropriate to adopt measures intended to promote adherence to agreed upon rules and inappropriate to make changes to those rules.”