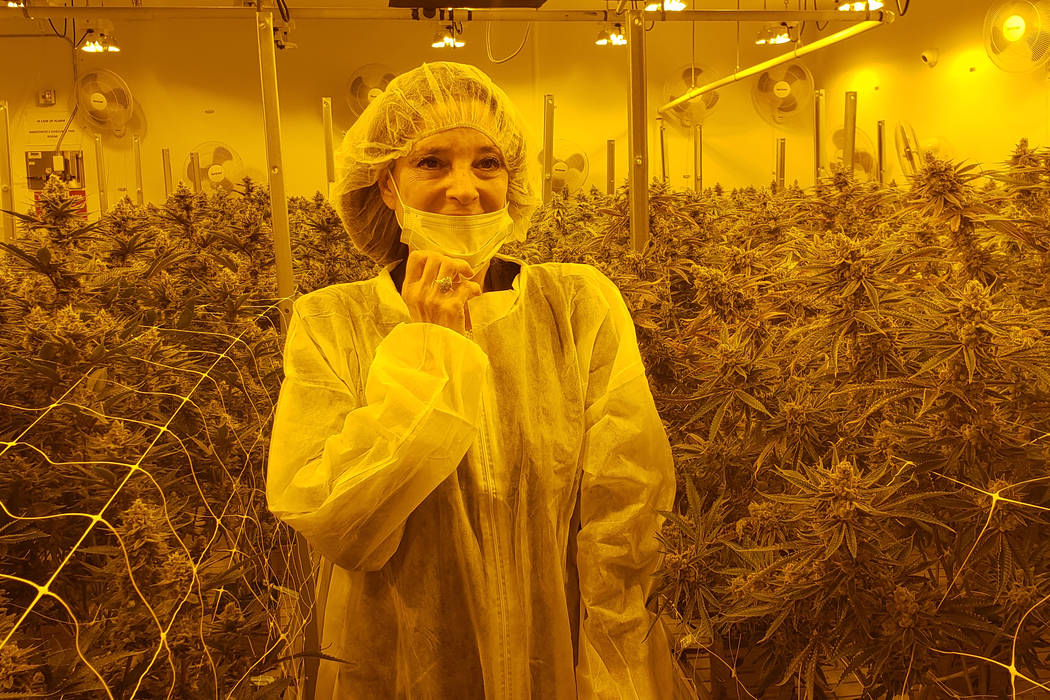 Democratic presidential hopeful Marianne Williamson called for the immediate federal legalization of cannabis, amnesty for all nonviolent offenders serving prison sentences for marijuana-related crimes and economic equality in the bubbling industry on Tuesday during a tour of a central Las Vegas Valley cannabis cultivation facility.

Priscilla Vilchis, CEO of Premium Produce, gave Williamson a tour of her facility as part of the candidate’s two-day return to Nevada. Williamson will also host a veterans town hall in Las Vegas on Wednesday.

After the tour, Williamson called for the distribution of tax revenue from cannabis and other sources to be immediately filtered into progressive causes: universal health care, student loan forgiveness, free college tuition, a $15 minimum wage and, most importantly, improved K-12 education.

Williamson sought out Vilchis, who was 27 when she first applied for a cannabis license and who became the first Latina to hold a one in Nevada, as an outlier in an industry that Williamson believes is at risk of being dominated by white corporate interests.

Vilchis said she was happy to host Williamson, noting she often hosts workshops to educate people about the cannabis industry.

The two women and their staff members donned special gowns, shoe coverings, hair nets and face masks designed to keep bacteria from affecting the plants as they toured the state-of-the-art facility, which houses five large cultivation rooms, a plant nursery and a commercial kitchen for manufacturing extracts and edibles.

Williamson marveled as Vilchis led her through rooms sustaining millions of dollars worth of marijuana. She remarked that the plant should never have been criminalized in the first place, and said she couldn’t help but think of those demonized by the government for these very same cultivation practices.

“How many of the ones who developed some of these sophisticated techniques are the ones sitting in jail?” Williamson said. “So one group of people, at a later date, will become millionaires based on something by someone else that, at an earlier time, got them put in jail.”

She used the tour primarily as a lightning rod for a greater discussion on economic policy.

Williamson, herself a millionaire and best-selling author, said she has nothing against people making money. The problem is government institutions that only exist to ensure the rich get richer while pushing out upcoming entrepreneurs and forsaking the interests of the people.

She hopes to press these issue at the first national Democratic debate later this month.