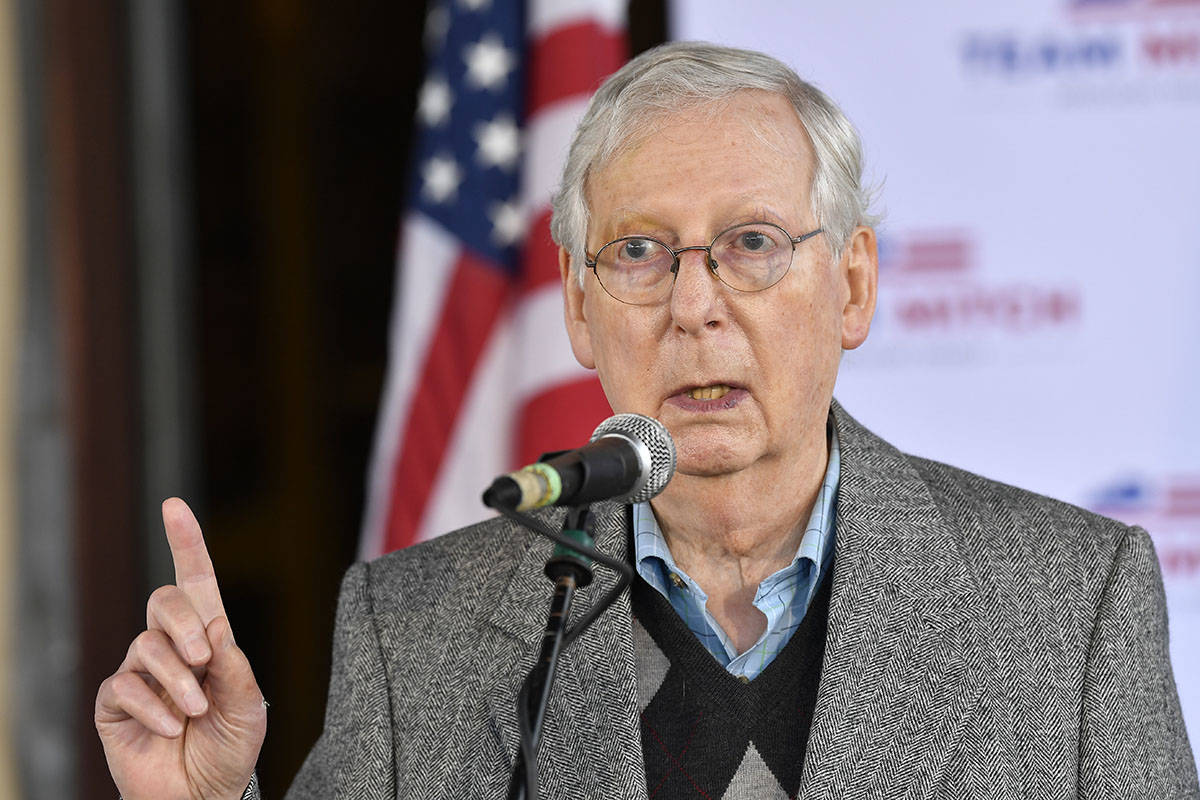 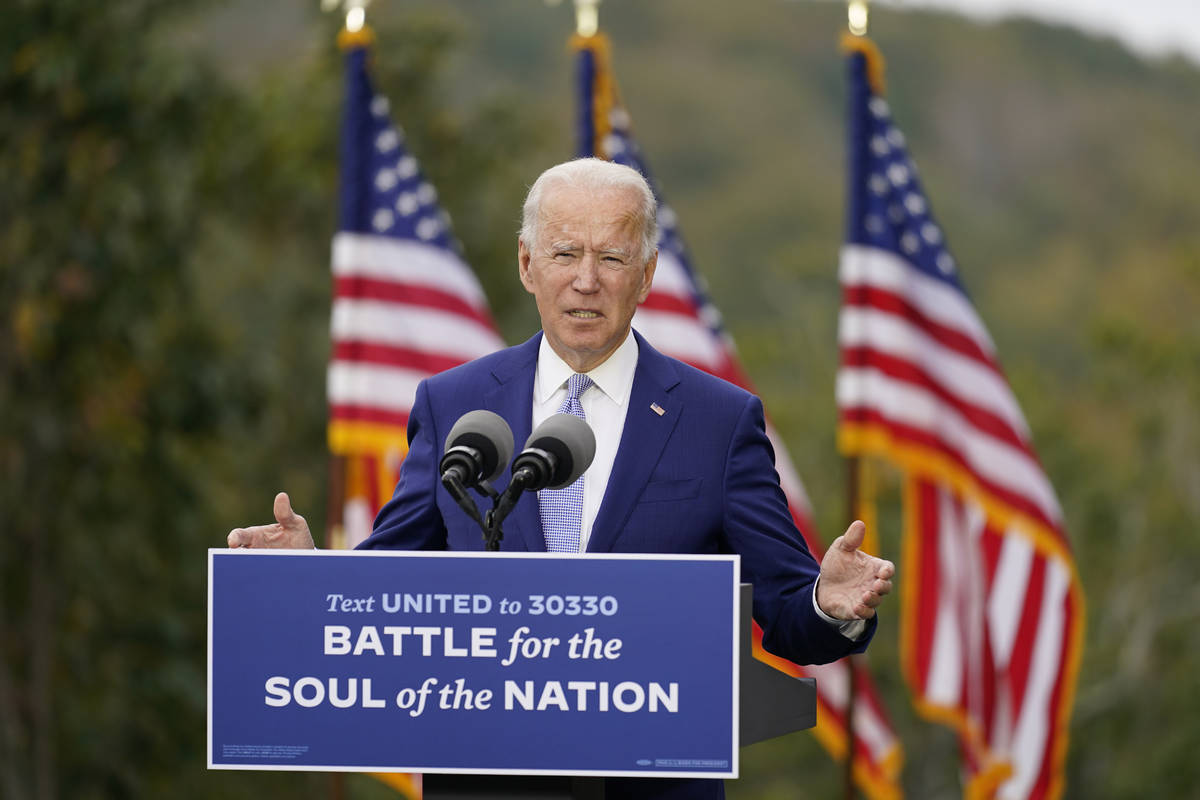 WASHINGTON — With an eye on the White House and Senate and hopeful for electoral victories this week, Democrats remain divided about jettisoning the Senate filibuster or adding new seats to the U.S. Supreme Court.

Some liberals have called for ending the legislative filibuster and expanding the number of Supreme Court seats by a simple majority if Joe Biden wins the presidency and Democrats take control of the upper chamber.

Former Senate Majority Leader Harry Reid Jr., a Nevada Democrat, said last week that, if elected, Biden should take no more than three weeks to test bipartisanship and end the filibuster if Republicans are not willing to play ball.

Biden has dodged the question on the campaign trail, instead offering to create a commission to study the proposal — an answer far less sharp than threats from senators in the liberal wing of the party, such as Sen. Ed Markey, D-Mass., who warned GOP colleagues of payback for the appointment of Judge Amy Coney Barrett.

But McConnell, in media interviews this week, noted that liberals in the Democratic Party were calling for an end to the filibuster and packing the court long before Justice Ruth Bader Ginsburg died and Barrett was quickly installed.

Republicans have used the Democratic threats of “court packing” to energize their supporters and raise funds for GOP candidates as their hold on the Senate and White House slips further into doubt.

But McConnell himself has beat back repeated calls by Trump to end the legislative filibuster over the past few years in order to abolish the Affordable Care Act, also known as Obamacare.

Some Democrats are equally queasy about eliminating the legislative filibuster, which would end any leverage enjoyed by the minority party.

During the battle over the Coney confirmation, Montana Sen. Jon Tester, a moderate Democrat, said going forward the Senate should focus on the court and justices and their impact on issues from “health care, to voters’ rights to dark money” in politics.

Asked if he supports adding more justices to the high court, Tester said, “No. I mean I think all that stuff is for a different time.”

Both parties have changed the rules on the judicial filibuster. Reid, as majority leader, was first to employ the so-called nuclear option and eliminate the procedure for lower court judges and administration appointees, after McConnell blocked President Barack Obama’s nominees.

In 2014, after Justice Antonin Scalia died. McConnell blocked President Barack Obama’s nominee, Judge Merrick Garland, from the open seat. Trump was elected and the seat was filled instead by Justice Neil Gorsuch.

“The exit polls from 2016 showed that those voters who said that Supreme Court appointments was the most important factor in determining their choice voted heavily for Trump over Hillary Clinton,” said Kevin McMahon, political science professor at Trinity College in Connecticut.

To fill the seat, McConnell took Reid’s gambit a step further and eliminated the filibuster for Supreme Court nominees. And GOP leaders also changed a Senate tradition that took away the ability of home-state senators to block circuit court nominees.

The result of McConnell’s decision to eliminate the filibuster has allowed Trump to appoint three justices to the Supreme Court, confirmed on near party-line votes.

“The elimination of the filibuster for Supreme Court nominations has created an unprecedented situation in the Senate. Never before in the history of our country have so many of the justices won confirmation after such closely contested votes,” McMahon said.

The death of Ginsburg, considered an icon among the liberal left, and GOP efforts to pack the judiciary with conservative judges, could energize Democrats in this cycle, McMahon told the Review-Journal.

McConnell has told several news outlets that the chances of Republicans holding on to the Senate majority is 50-50.

He has said the Supreme Court fights may have helped Senate Republican chances in some states, but not in all areas, particularly those where Democrats are already highly motivated.

Democrats have set records in fundraising for down-ballot races, with Republicans in several Senate seats vulnerable to well-funded opponents, even in states once considered reliably red, such as Texas and Georgia.

Democrat M.J. Hegar in Texas, in a fundraising letter, attacked her opponent, incumbent Sen. John Cornyn, a Republican ally of McConnell, for being in Washington for the confirmation battle, but not helping those struggling with the COVID-19 virus.

Hegar’s pitch for donations claimed Cornyn was “not working to pass a relief bill to ease the burden for working families, but instead confirming Amy Coney Barrett to a lifetime appointment to the Supreme Court.”

With Democrats poised to take control of the Senate, Catherine Cortez Masto of Nevada, the chairwoman of the Democratic Senatorial Campaign Committee, deflected a question about Reid’s recent advice to abolish the legislative filibuster and create more Supreme Court seats.

Through her spokesman, Ryan King, Cortez Masto said she “isn’t going to speculate on hypothetical scenarios.”

“Her focus continues to be on ensuring every Nevadan is able to safely and securely cast their vote in this election and that hardworking families in the state get the help they need to weather the coronavirus crisis,” King said.

Sen. Jacky Rosen of Nevada, a moderate Democrat, also took a cautious approach. Her spokesman, Jorge Silva, said Rosen was in Nevada and worried about constituents dealing with the pandemic.

“It’s hard to get here, it’s hard to stay here and while you are here, you might as well try to accomplish something,” Alexander said.

Changing the Senate filibuster rules would deny the opportunity for lawmakers in the minority party to force compromise on bills and could give way to partisan preference over bipartisan policymaking.

Alexander said he hoped there would be no rule changes with the legislative filibuster.

MOST READ: POLITICS & GOVT
1
Steve Wynn sued by DOJ over relationship with China

5
‘We want to know what’s out there’: Pentagon officials testify in UFO hearing 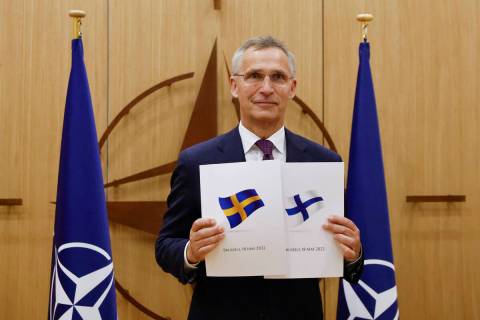