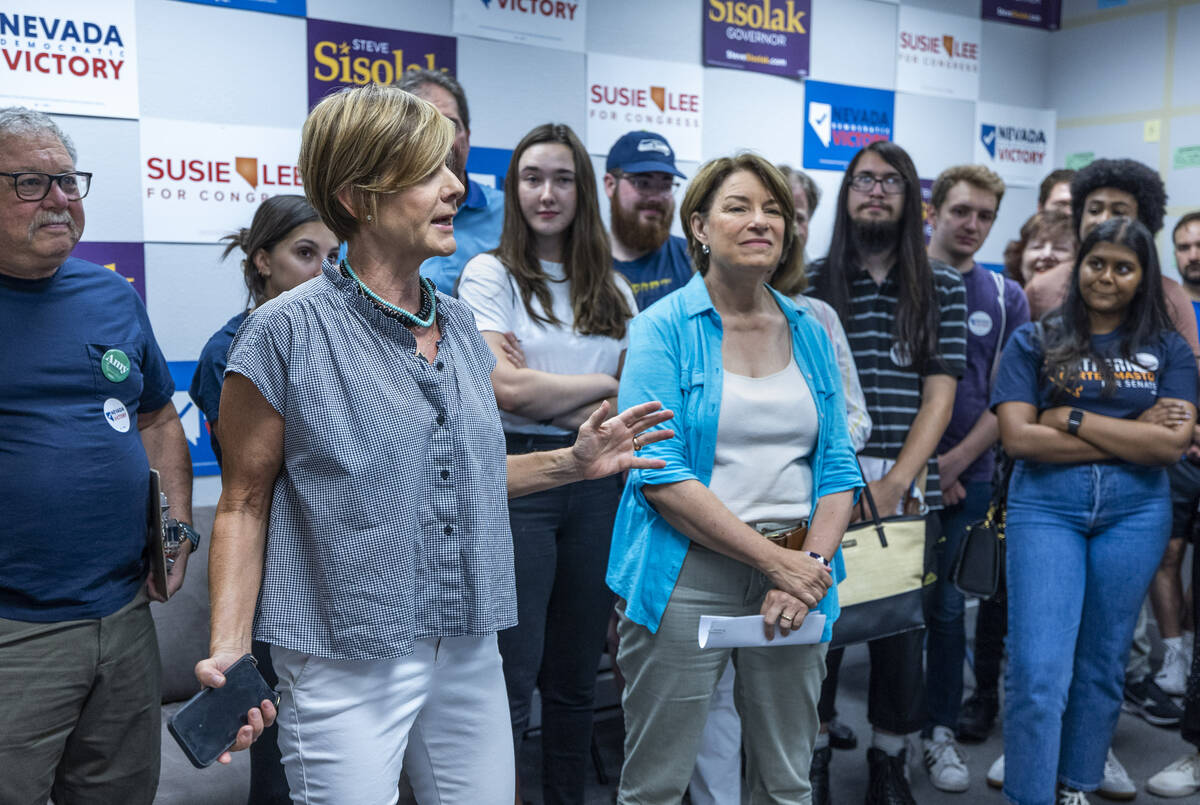 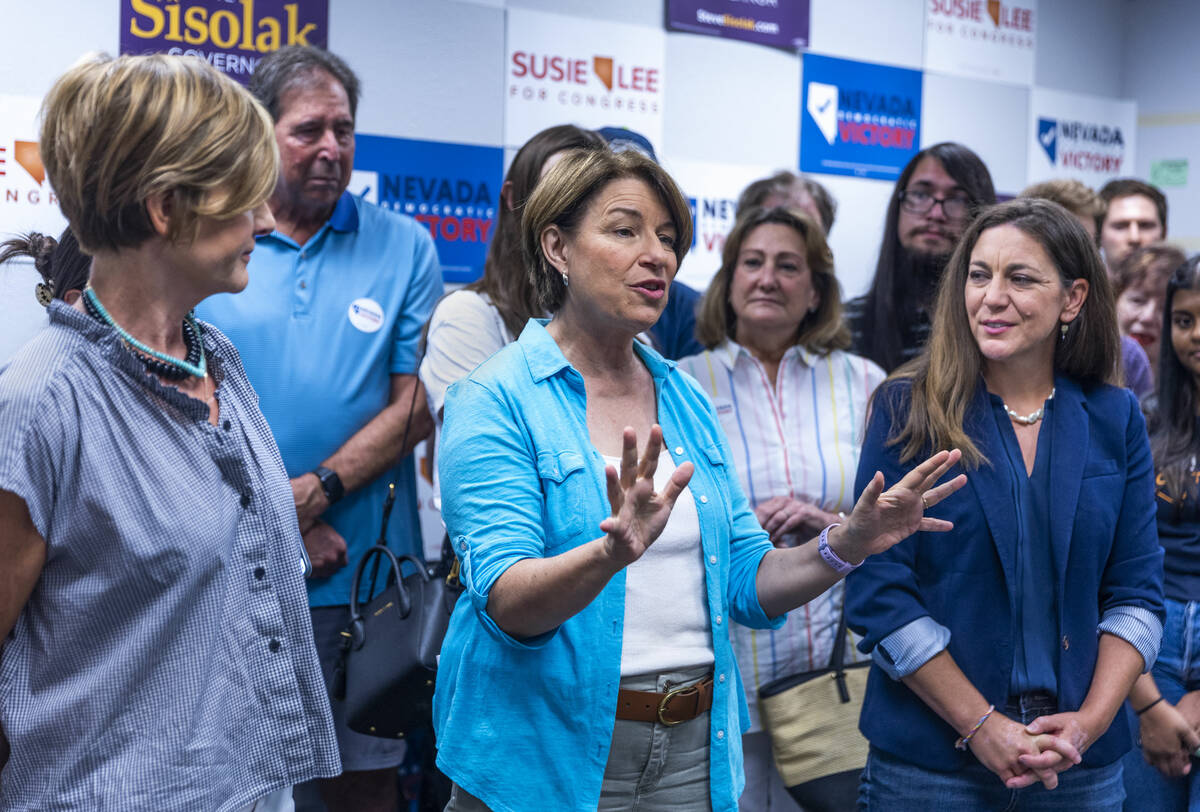 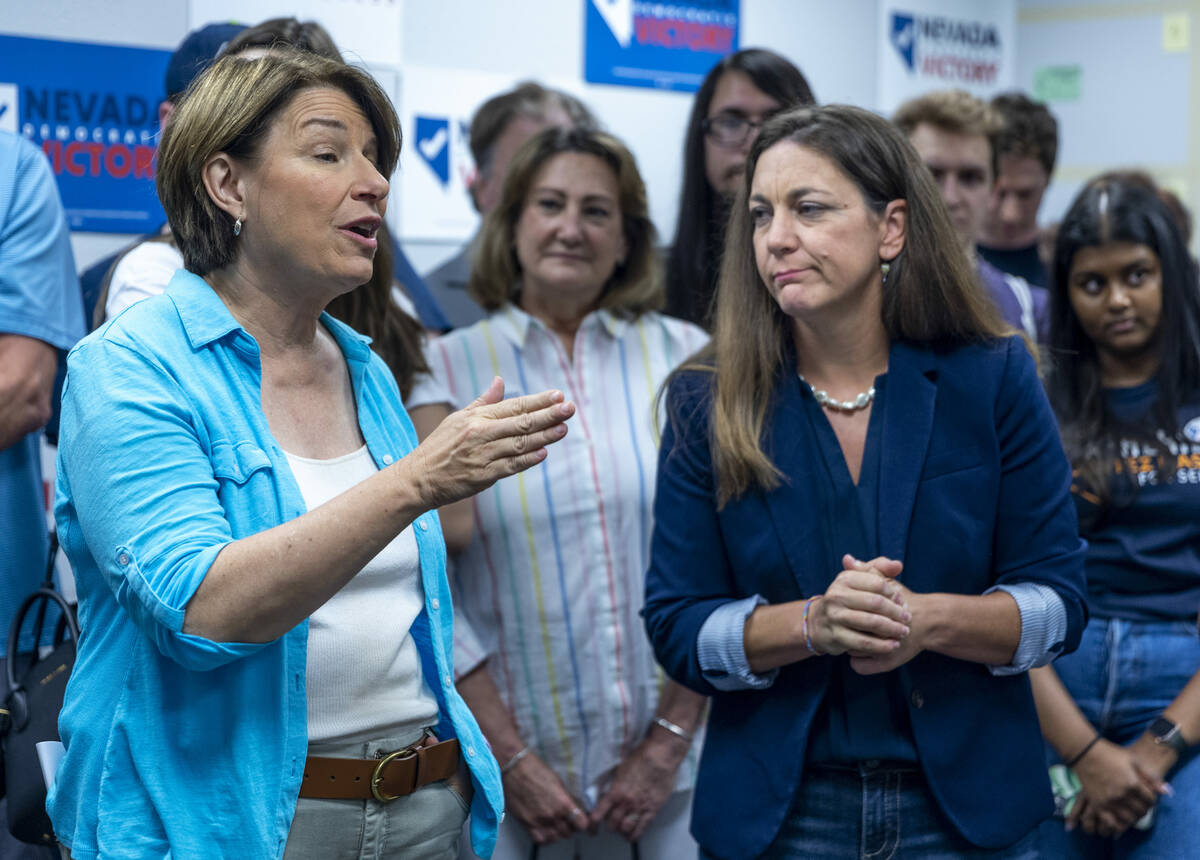 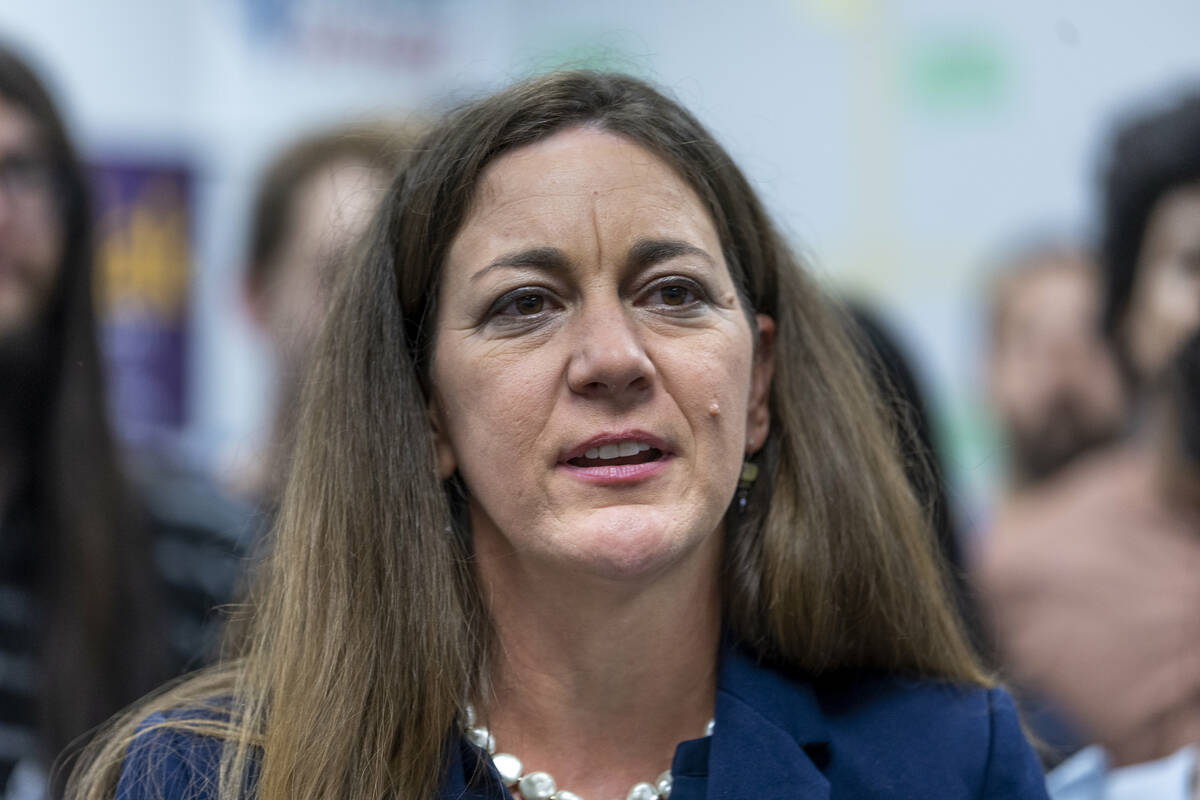 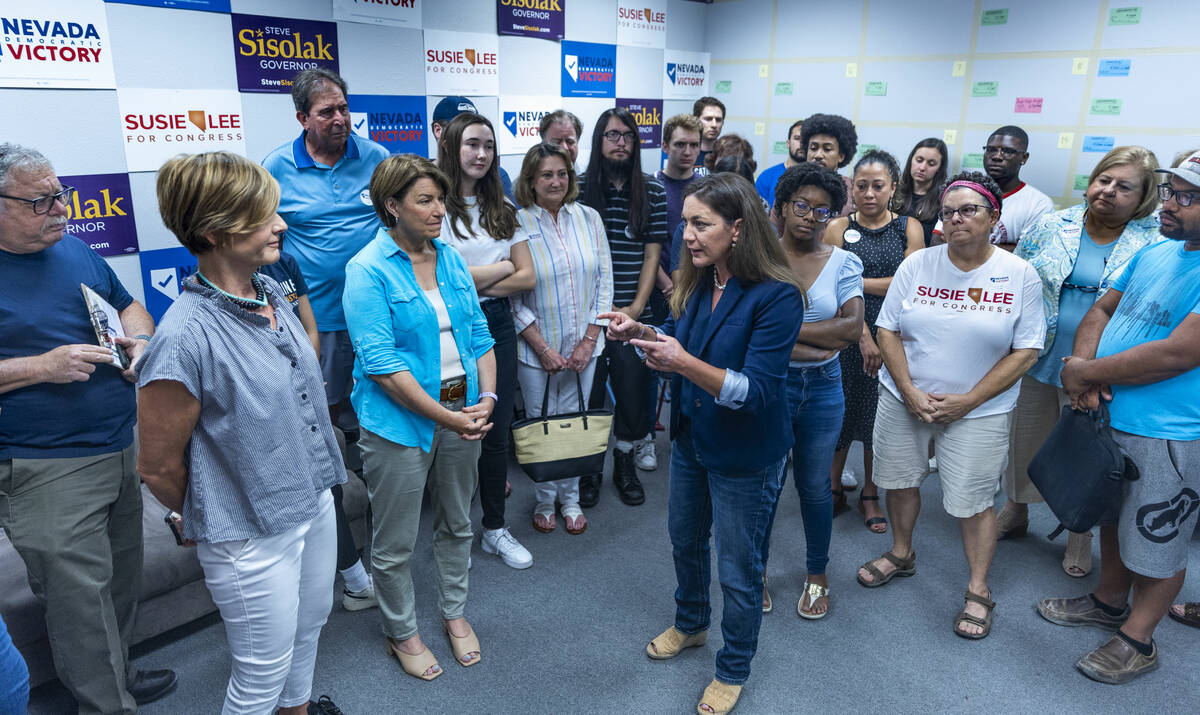 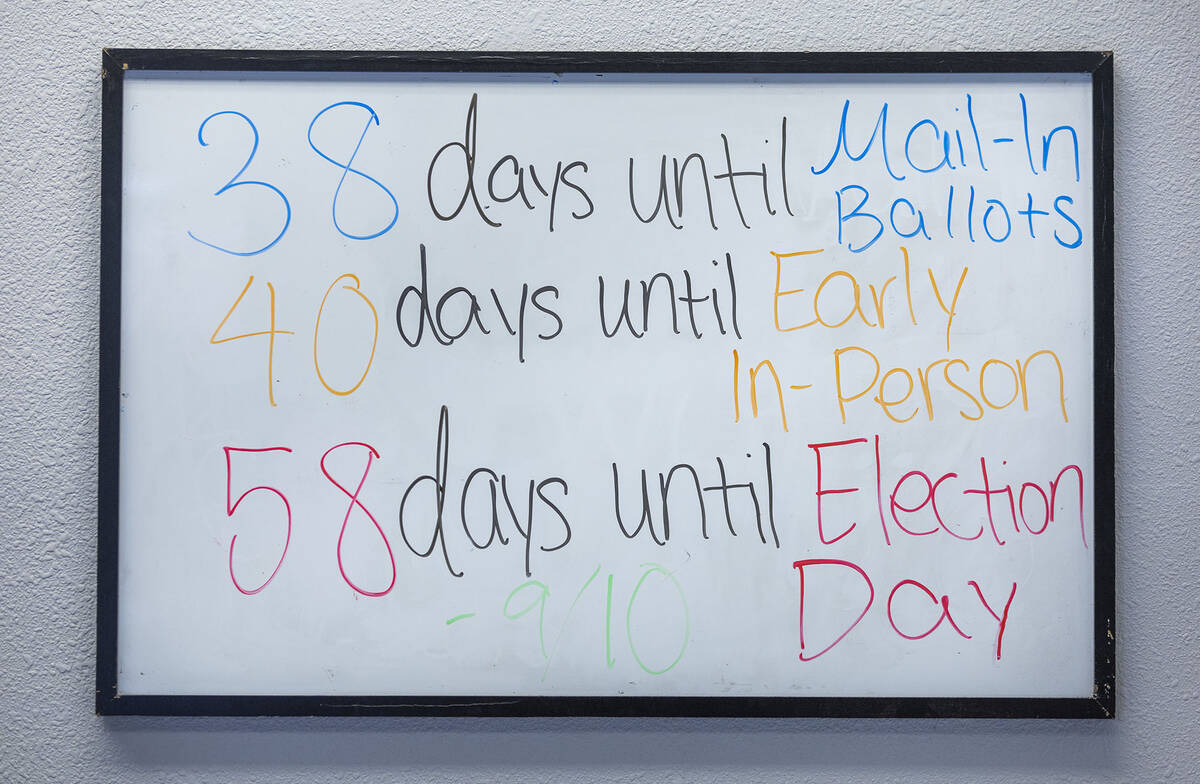 Information board in the office for all to view during a democrat candidates re-election rally at the Nevada Democratic headquarters on Saturday, Sept. 10, 2022, in Las Vegas. (L.E. Baskow/Las Vegas Review-Journal) @Left_Eye_Images 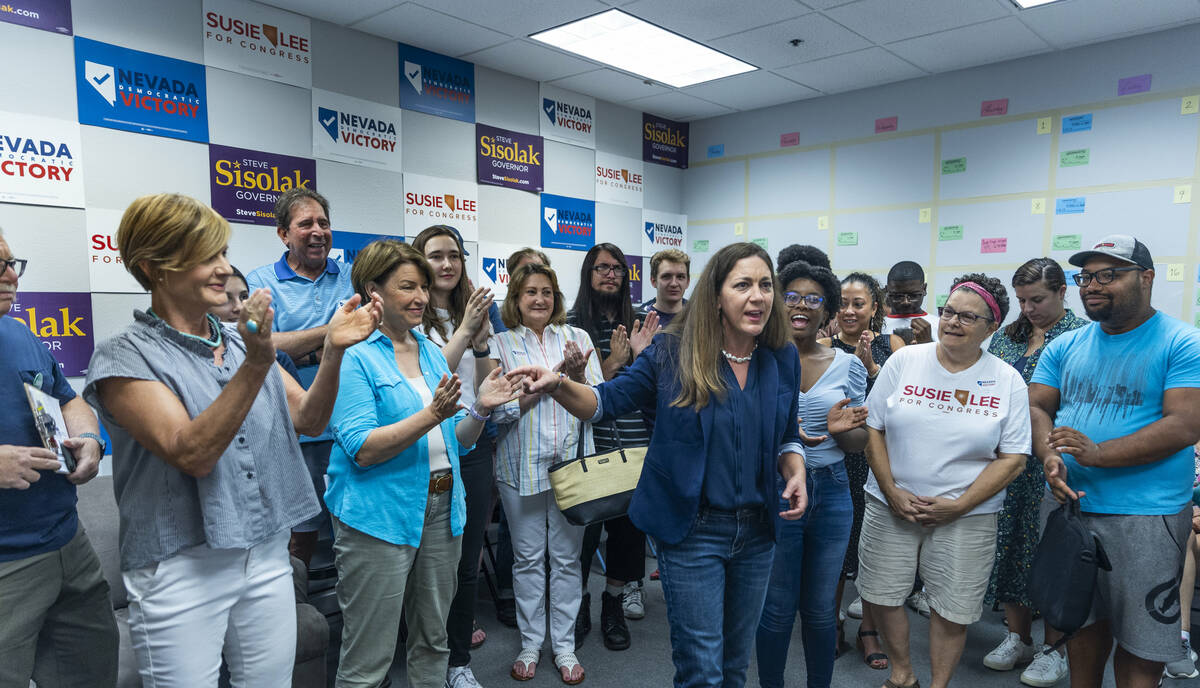 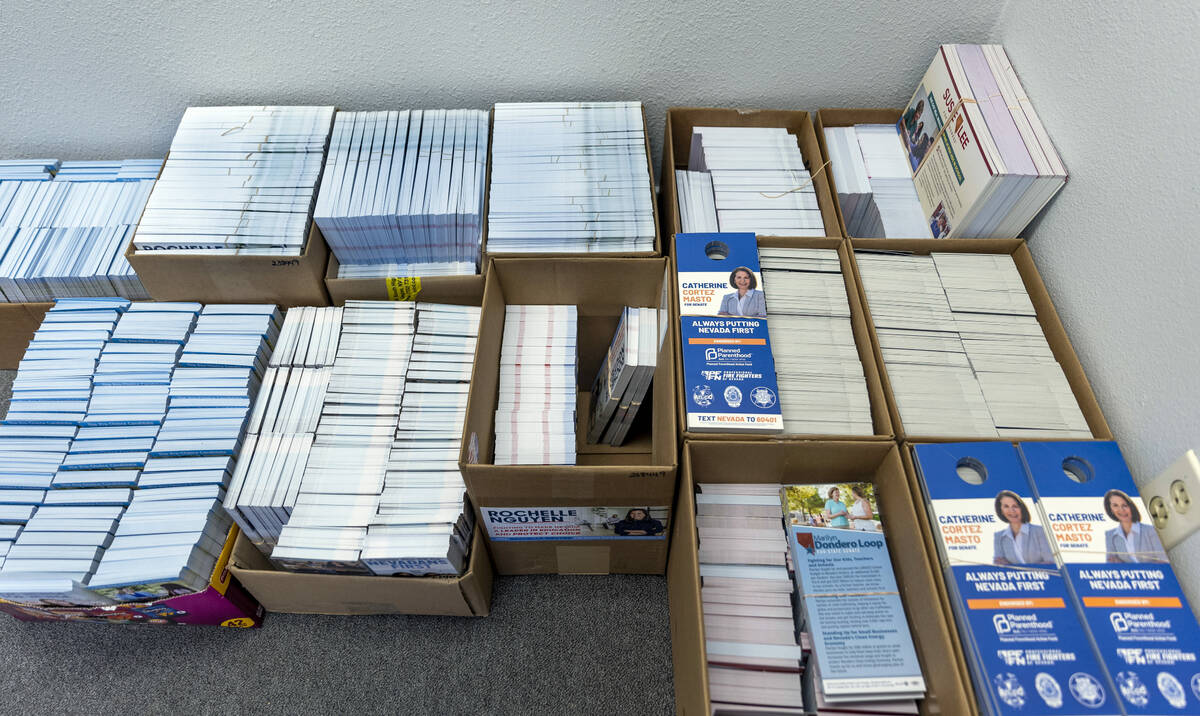 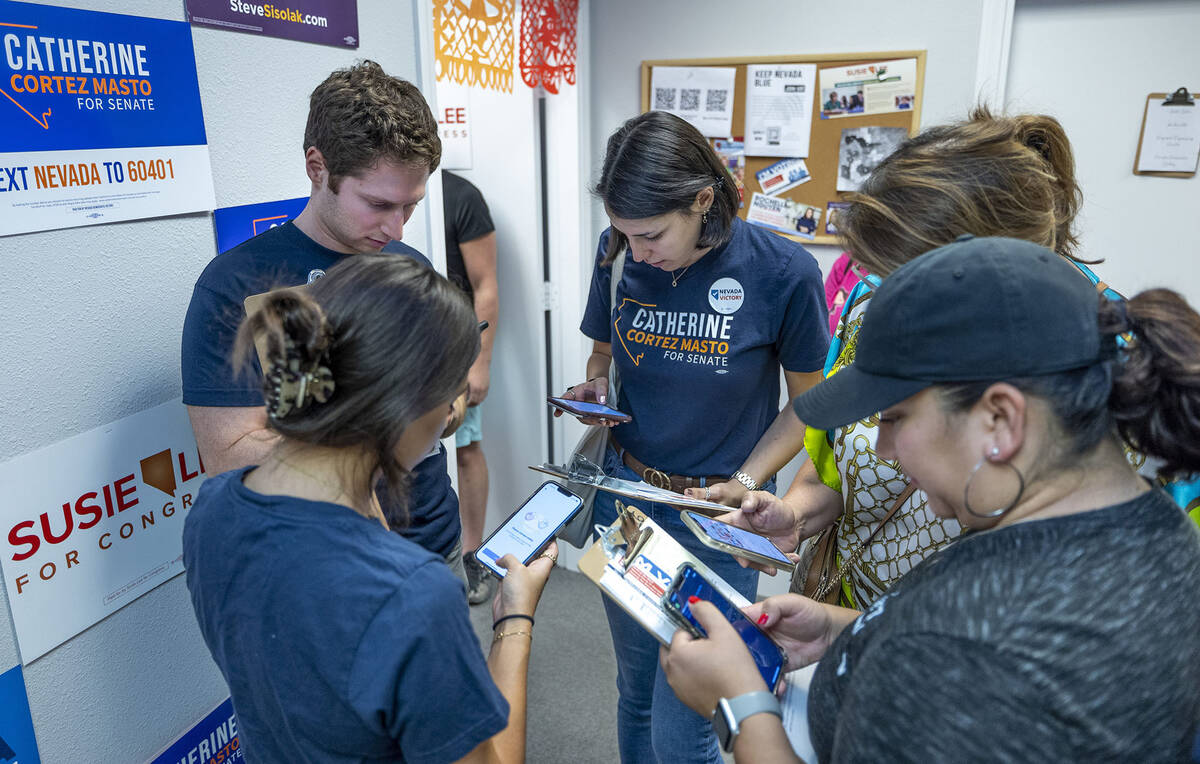 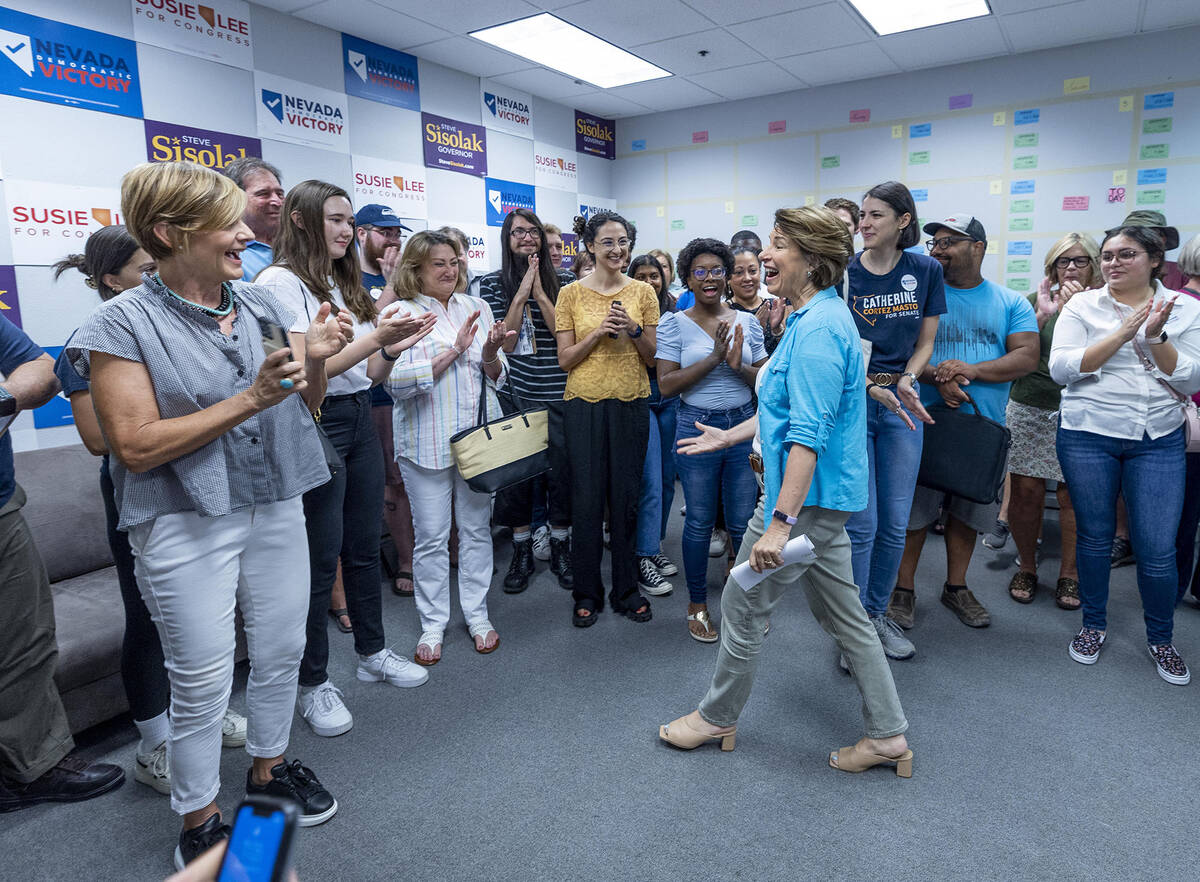 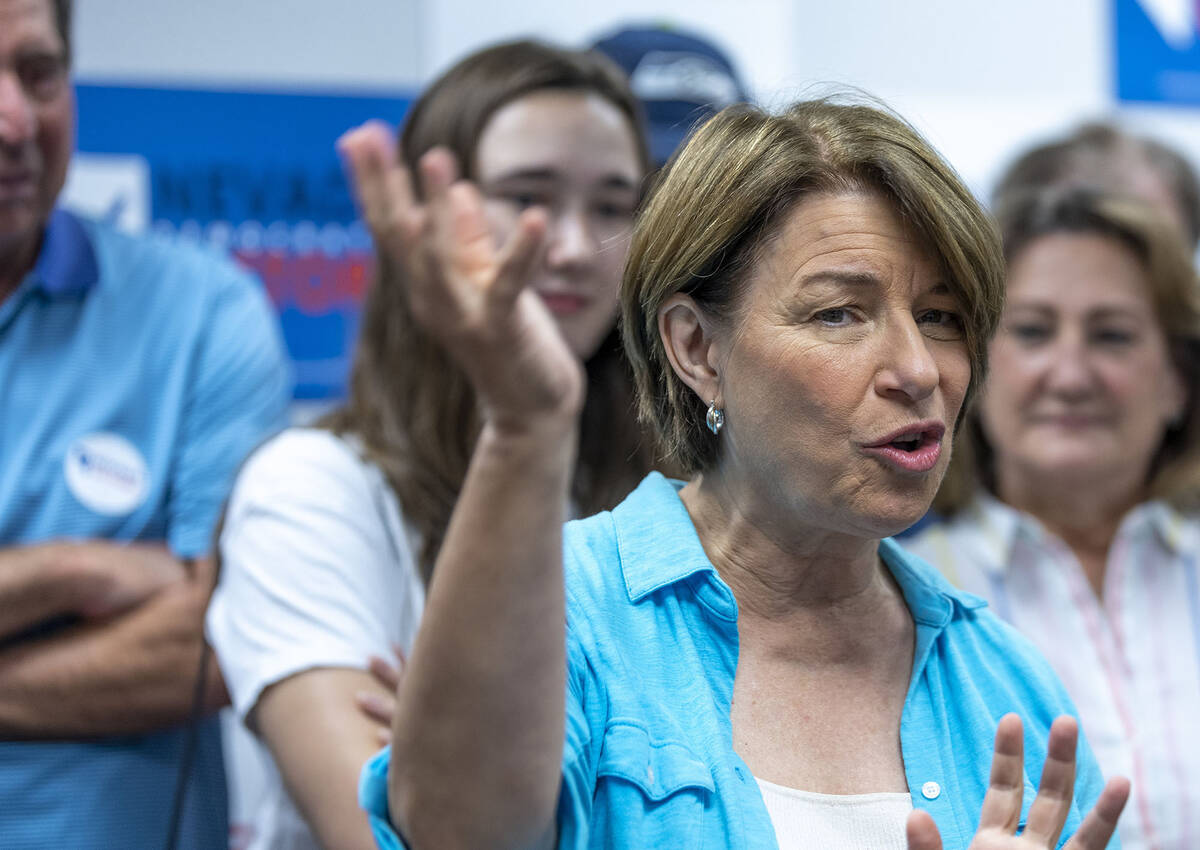 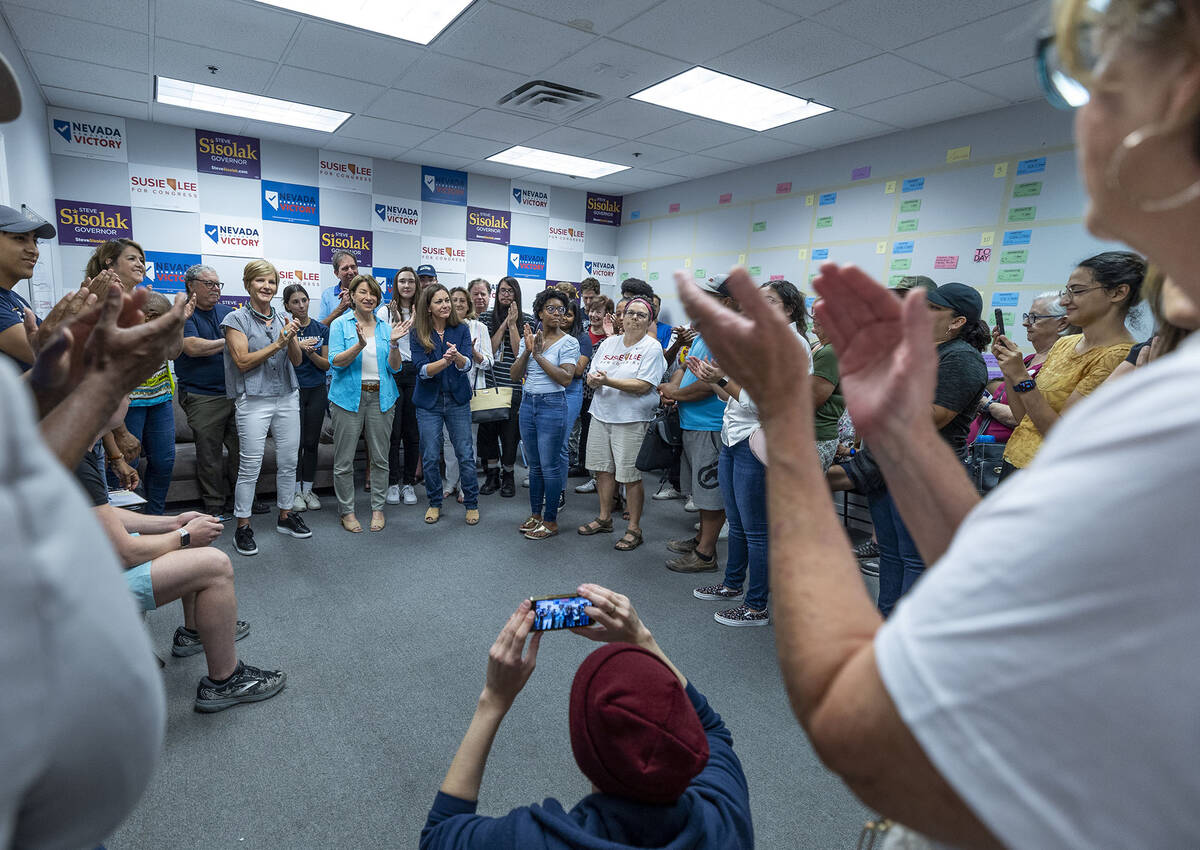 A group of union activists joined Democratic politicians on the Vote for Democracy Tour in Las Vegas Saturday, canvassing door to door.

Sen. Amy Klobuchar and Reps. Steven Horsford and Susie Lee were among the speakers rallying Democrats and members of the SEIU Local 1107. The politicians urged voters to re-elect Horsford, Lee and Sen. Catherine Cortez Masto, and to elect Cisco Aguilar, Democratic candidate for secretary of state.

“From the bargaining table to the ballot box, and from the workplace to the White House, that’s how important it is,” union President Michelle Maese said at a roundtable before the canvassing began. “Vote in the local and national elections. If you get ballot fatigue, wake up.”

Klobuchar said local Republican challengers, including Adam Laxalt for U.S. Senate and Jim Marchant for secretary of state, would work to limit voters’ rights while Democrats are attempting to pass the John Lewis Voting Rights Act and the Electoral Count Reform Act. Those bills would amend the Voting Rights Act of 1965 and the Electoral Count Act of 1887, respectively.

“We should be making it easier for people to vote and not harder for them to vote,” Klobuchar said.

Marchant’s campaign could not be reached for comment Saturday.

In a statement to the Review-Journal on Saturday, Laxalt’s campaign disagreed with claims that he would restrict voting rights.

“Sen. Cortez Masto has been a disaster for our economy and her campaign will say anything to change the subject,” the statement read in part. “Adam doesn’t support a national abortion ban or eliminating voting rights but he does support a new direction for our country and a better economy for Nevada.”

Klobuchar said she, Horsford and Lee have worked on expanding NATO, negotiated Medicare drug costs and made greenhouse gas and renewable energy goals at the federal level.

“I can finally say I come from Washington, a place where we’re getting things done,” she said. “Especially in a 50-50 Senate, we got that done. Imagine what we could do if we make it stronger.”

Aguilar said Nevada politicians have expanded voting rights statewide in several ways, including mail-in ballots, same-day voter registration and early voting. He said many topics on residents’ minds, including a woman’s right to abortion and helping the Clark County School District, can’t be solved without voters having access to the polls.

“We have a majority-minority student population, and we don’t have the educational outcomes we should have for our students,” he said. “And if we don’t get those parents to the polls, we’re not going to see the changes we want to see.”

Aguilar also noted that the majority of election workers are female and that he would like to pass laws protecting them from being harassed or followed to their cars.

After the roundtable, politicians and activists gathered at the local Democratic Party headquarters on West Charleston Boulevard to prepare for canvassing.