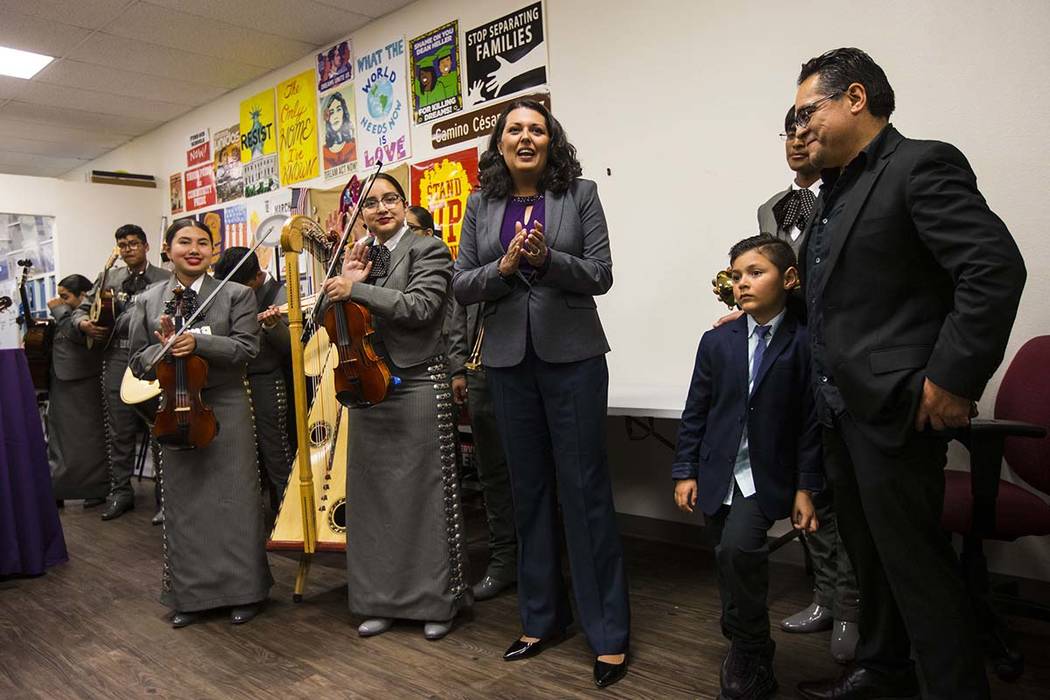 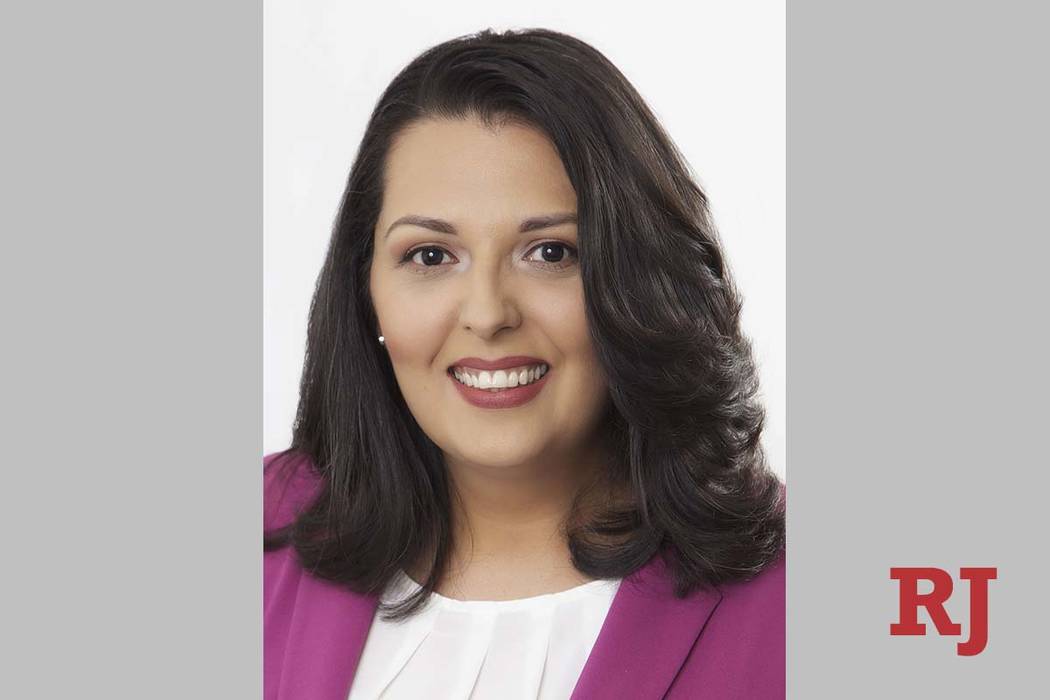 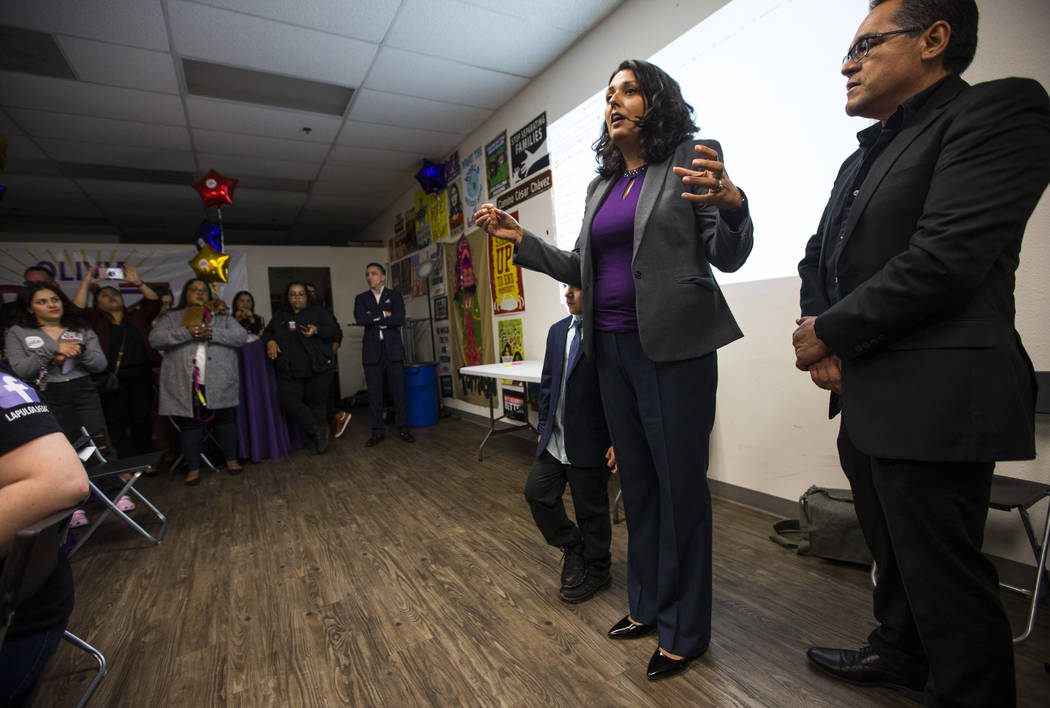 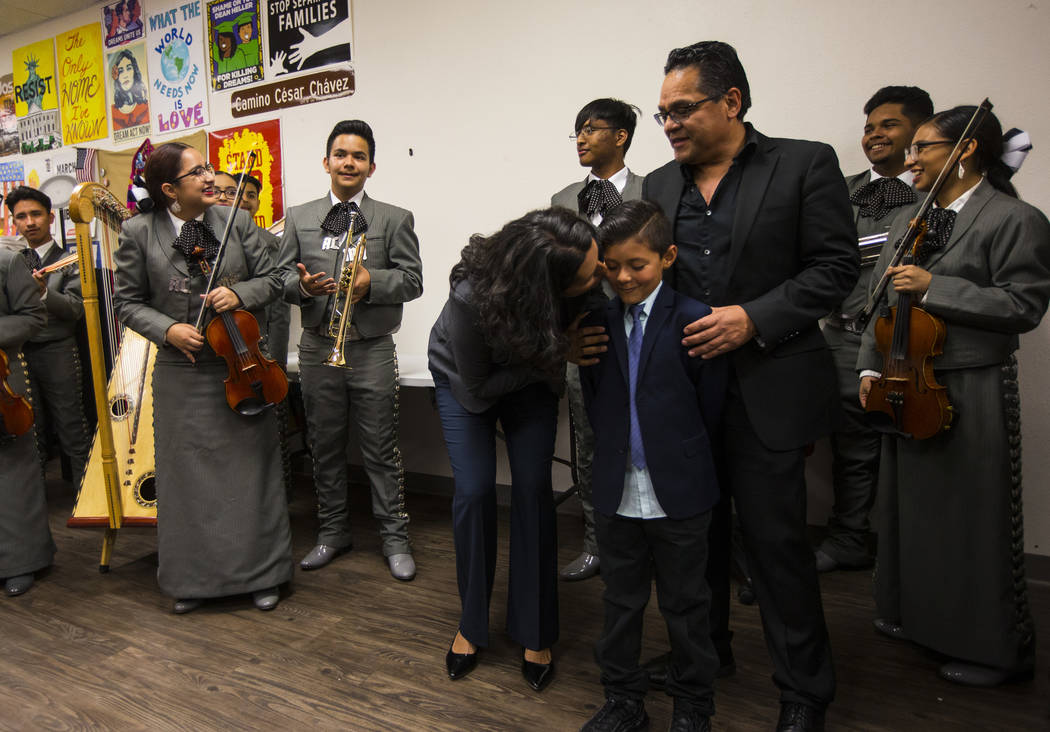 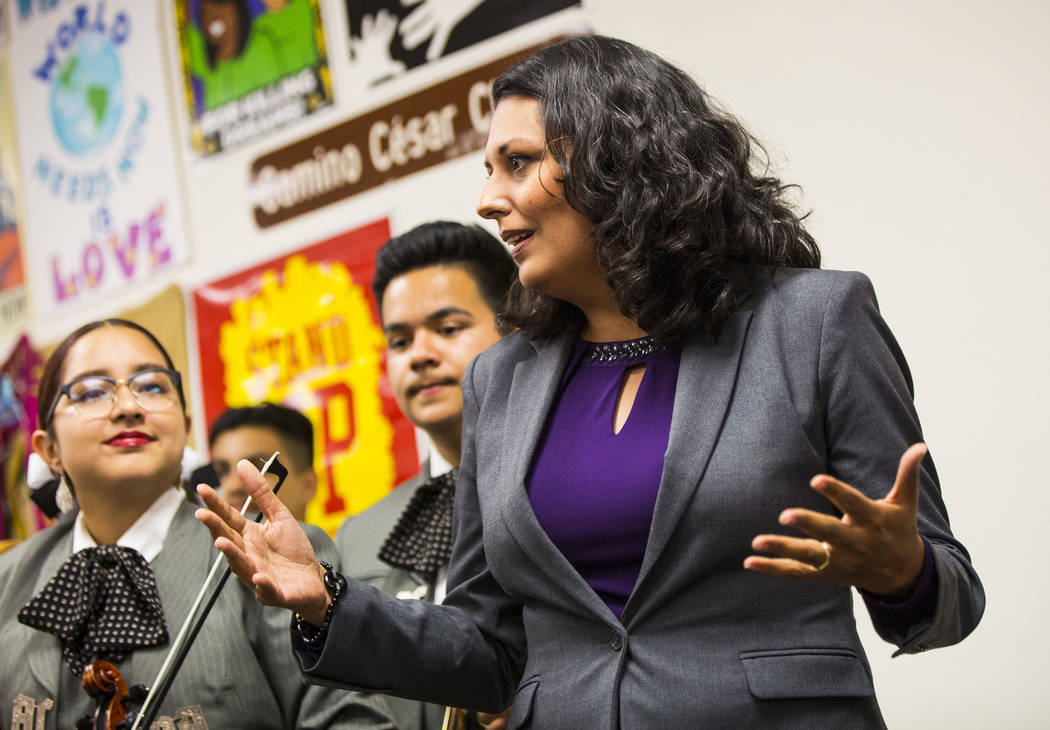 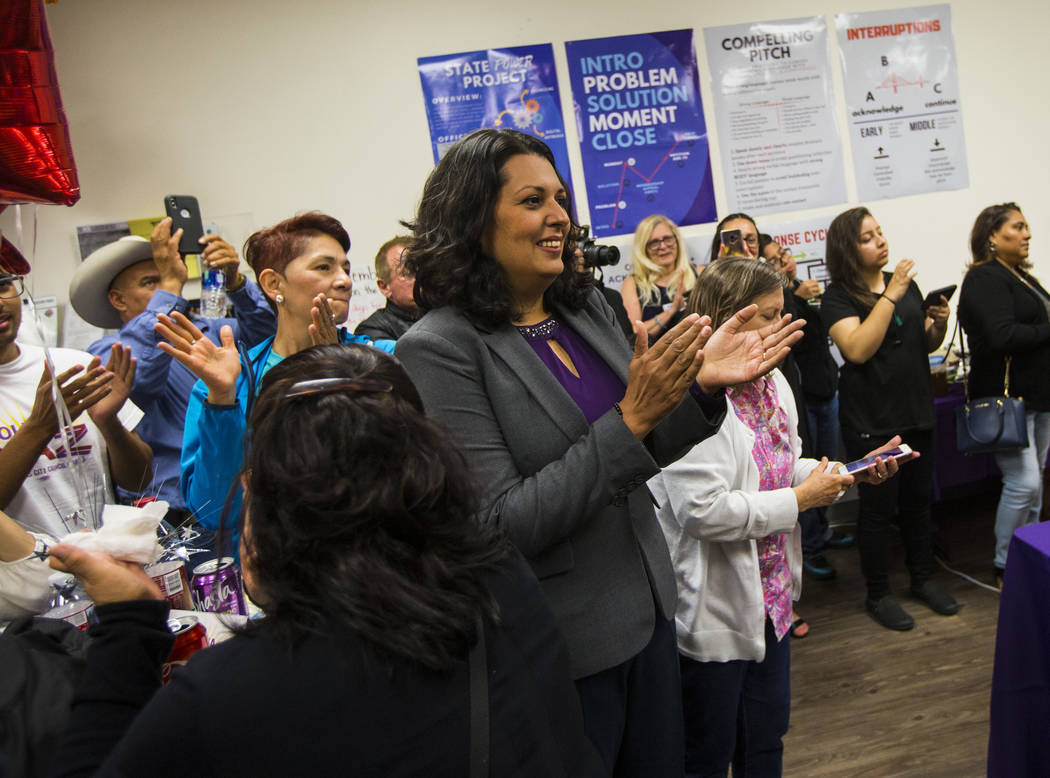 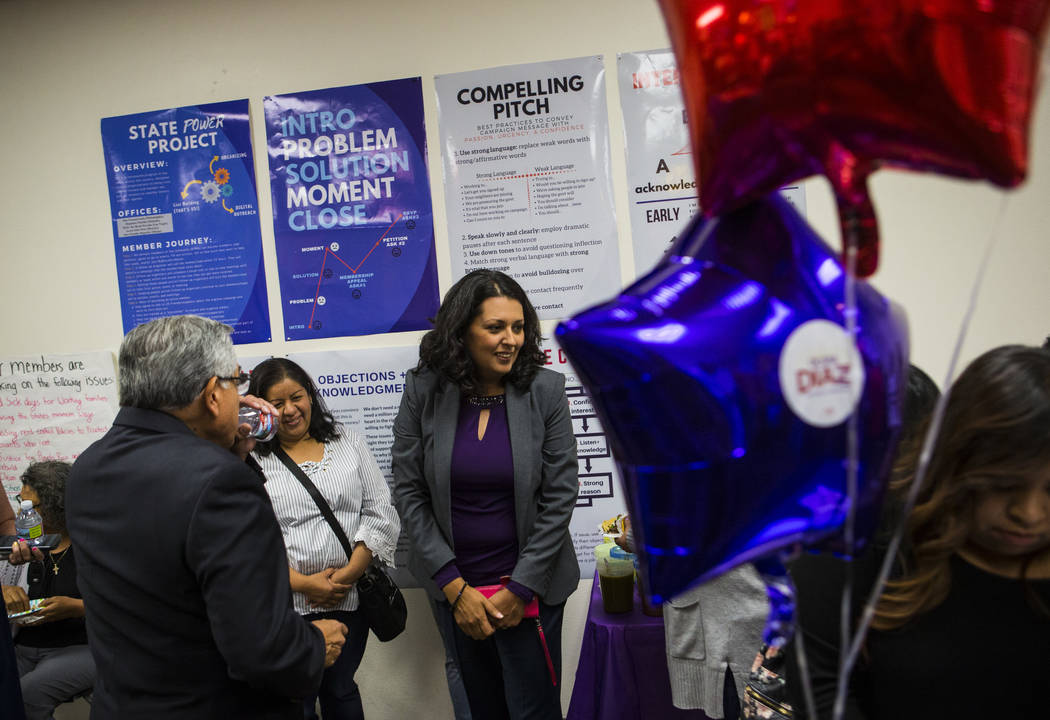 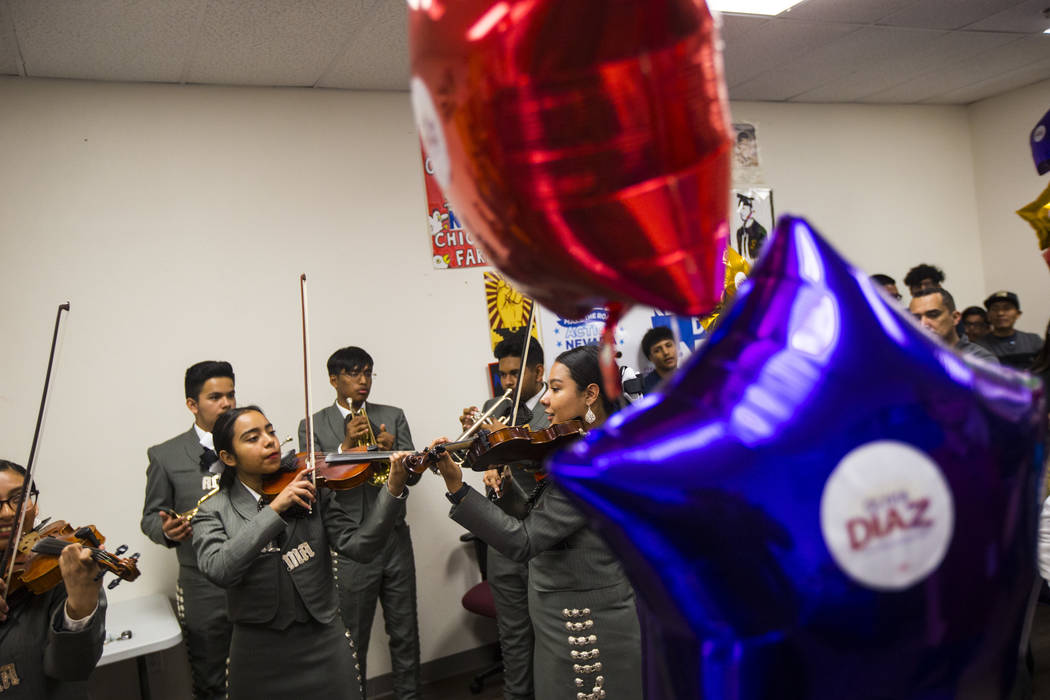 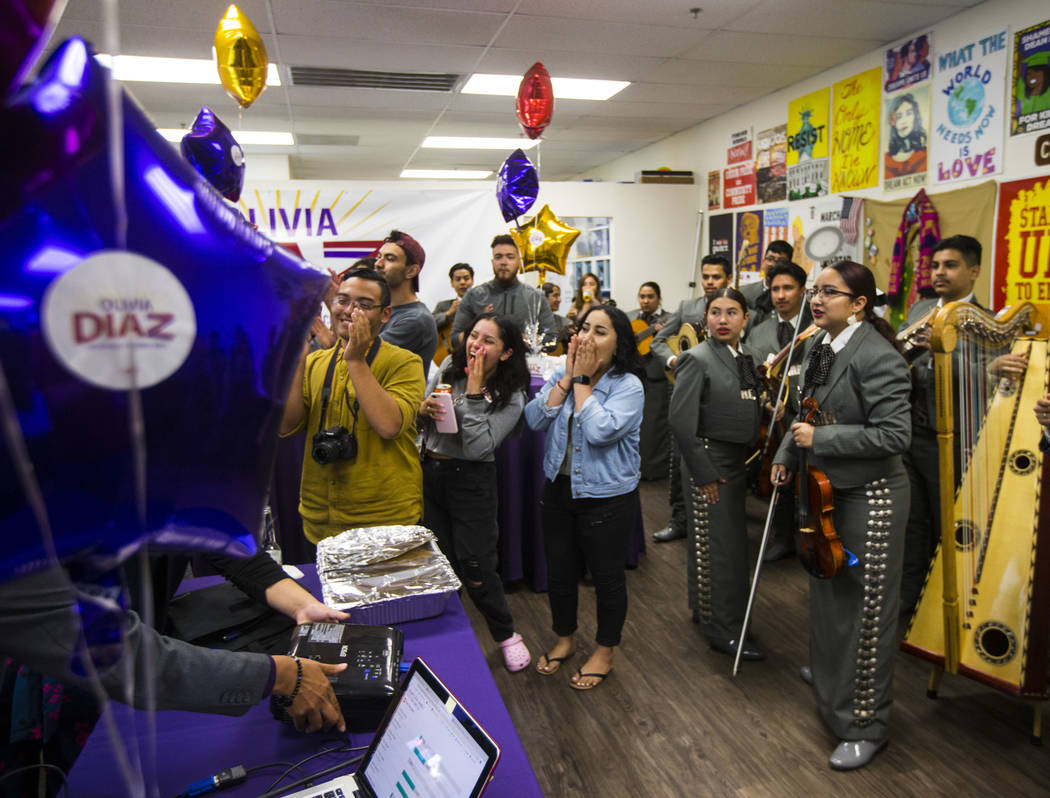 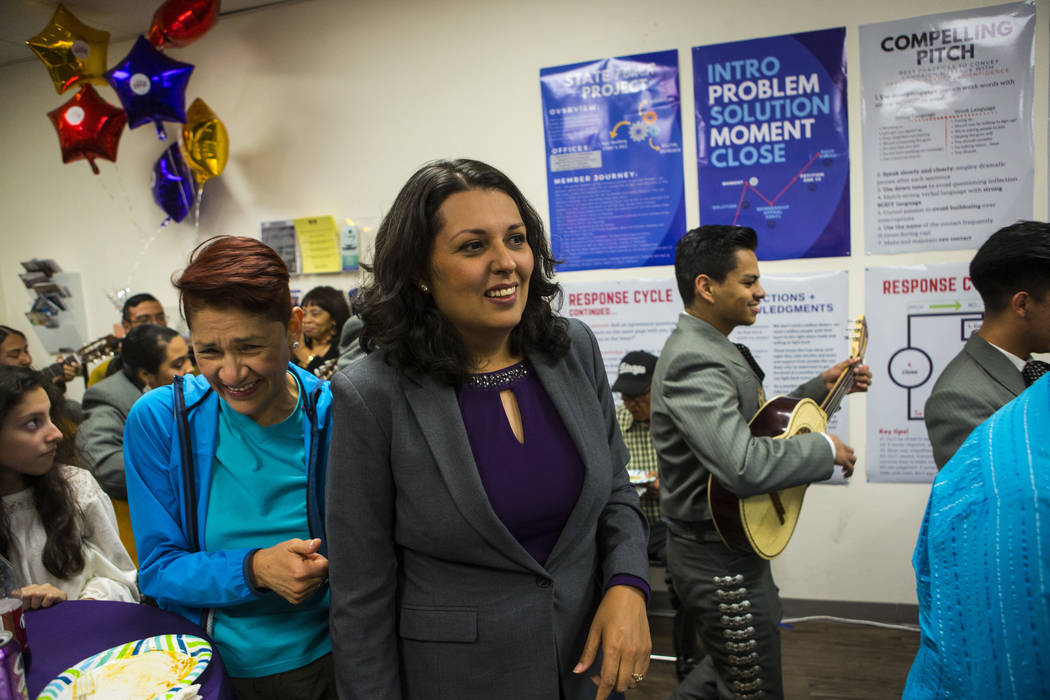 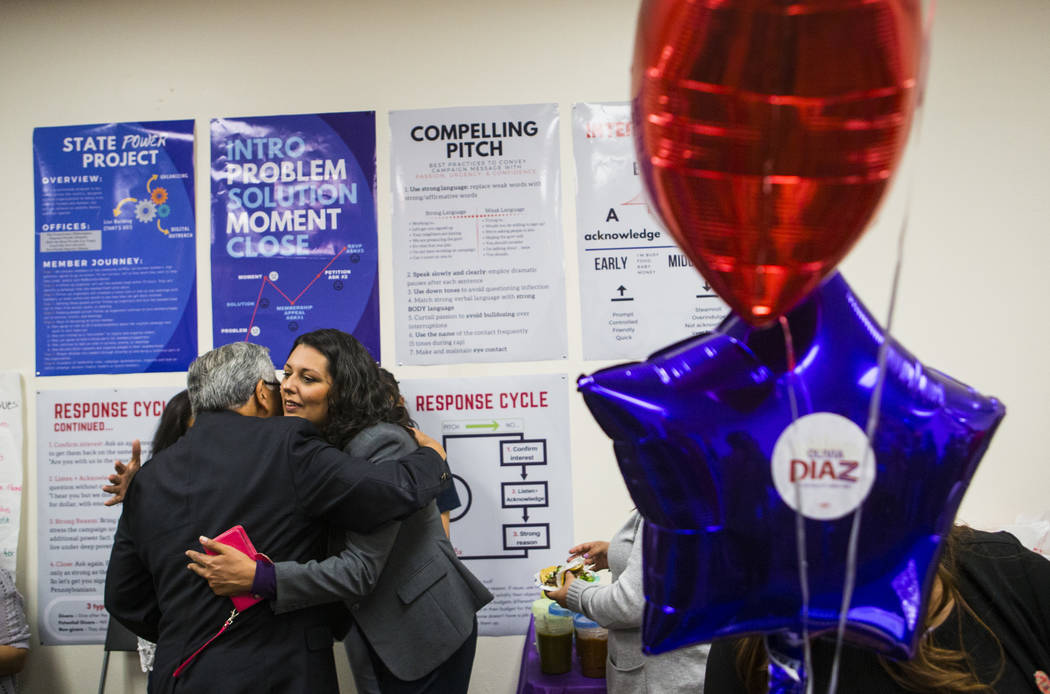 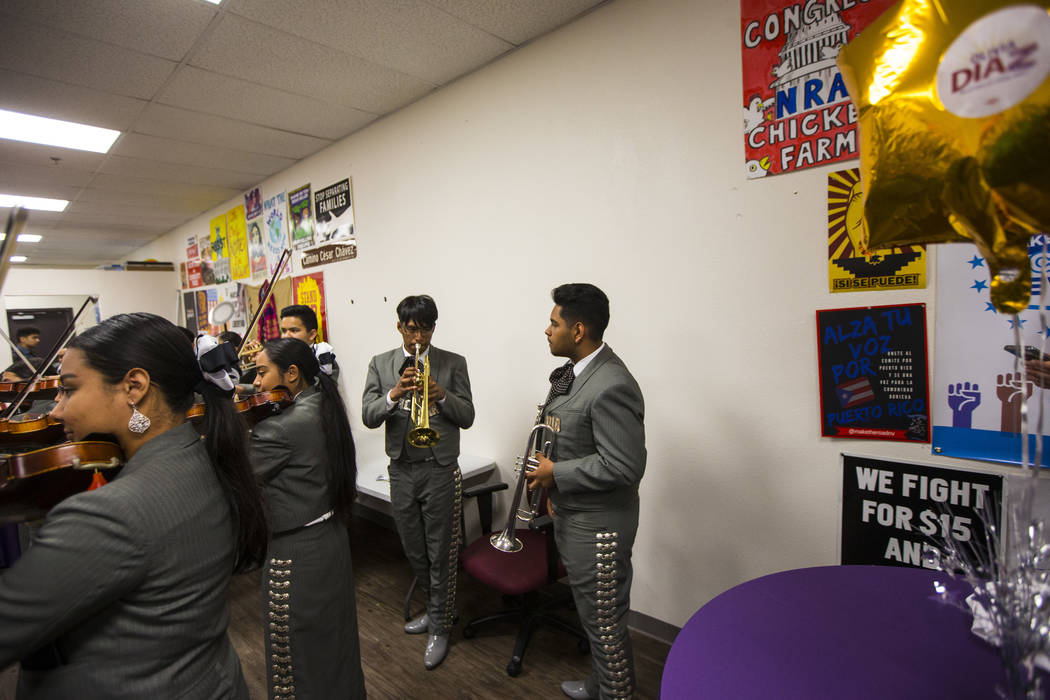 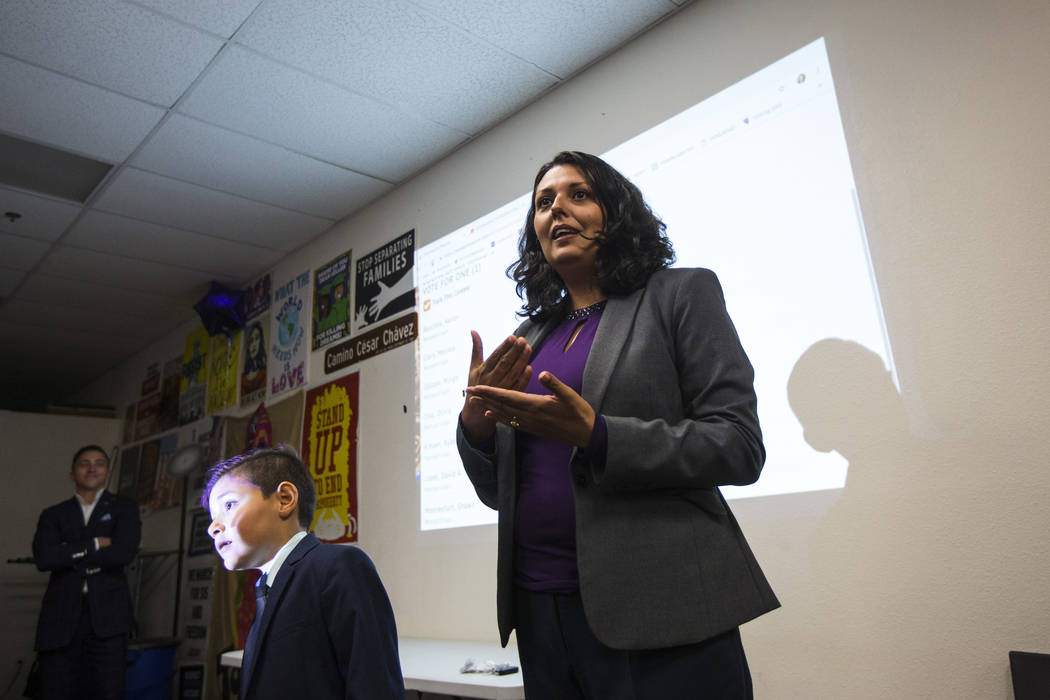 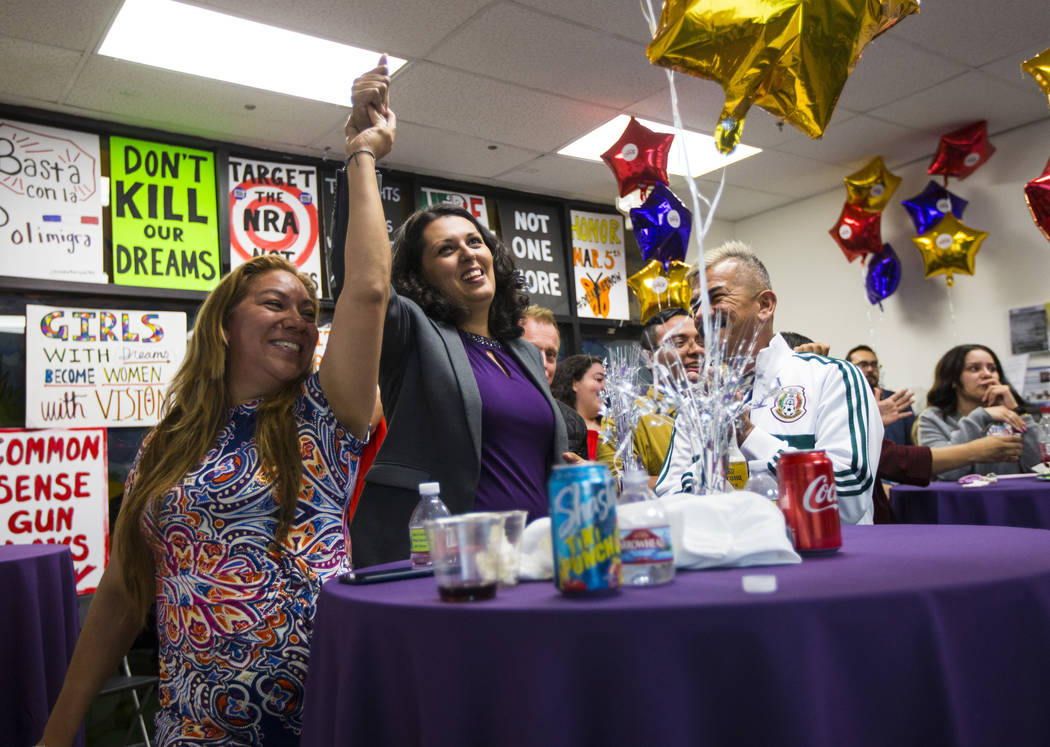 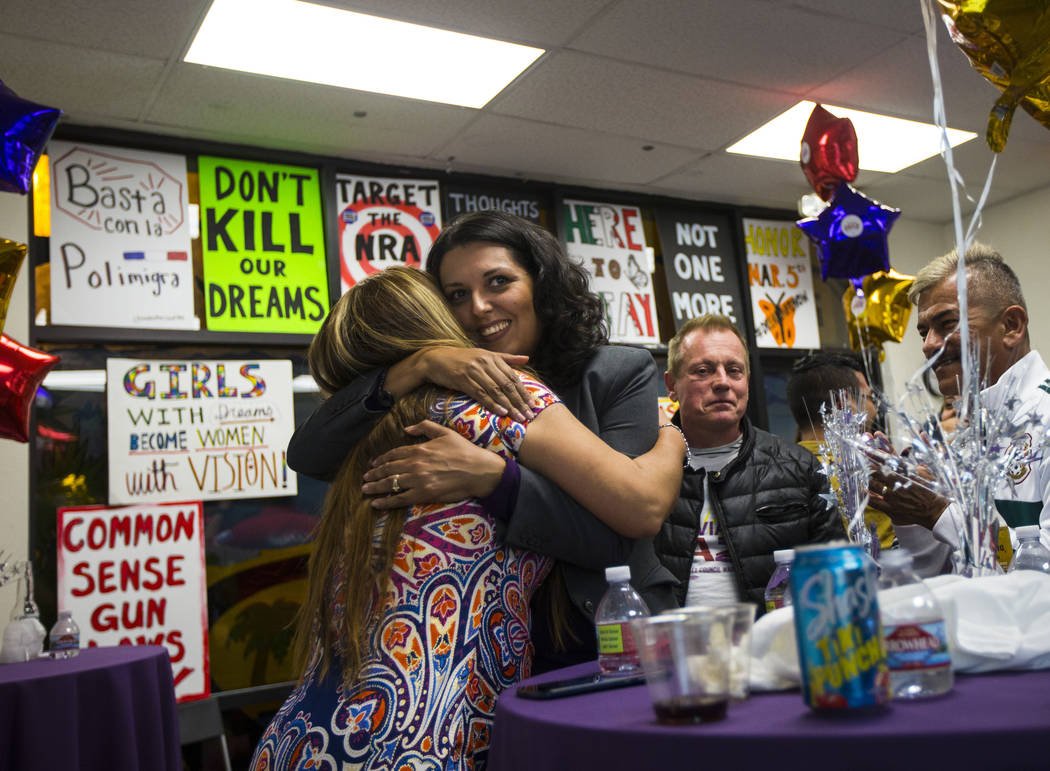 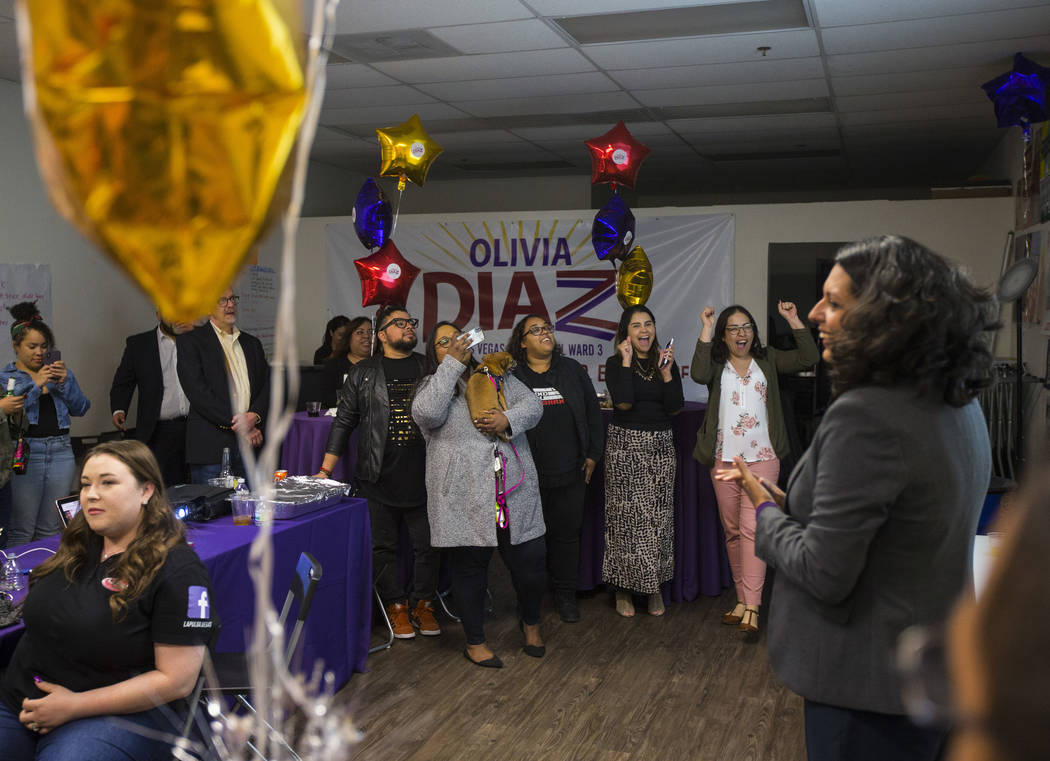 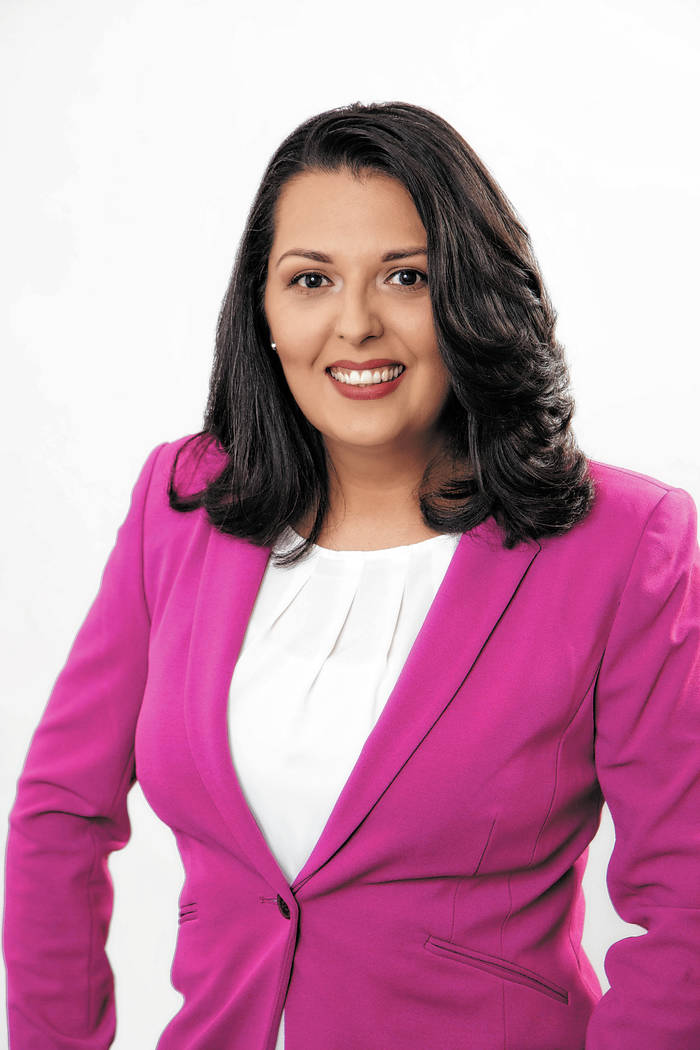 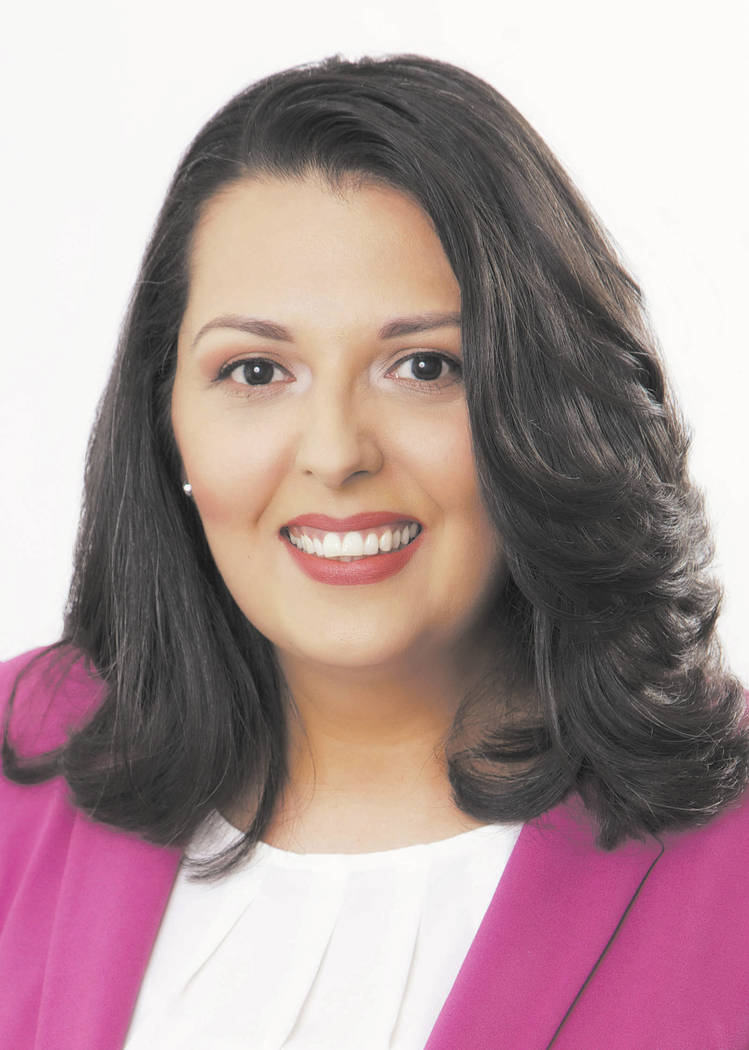 Former Rep. Ruben Kihuen lost his bid for Las Vegas City Council by just five votes on Tuesday, as a former assemblywoman and a federal project manager will advance to a runoff in June for the Ward 3 post.

Olivia Diaz was the top vote-getter, at 33 percent, with Melissa Clary close behind at 28 percent. Clary earned 866 votes to Kihuen’s third-place finish with 861.

Diaz said it was “overwhelmingly surprising” to hit the 33 percent threshold, adding that the support “makes me want to work harder.”

“Whether you are 9 months old or 96 years young, I want to be the person making our communities vibrant,” she said. “I want to be that person improving the quality of life.”

Clary told the Review-Journal she was “shocked” by the five-vote margin between her and Kihuen.

“I’m extremely proud of my team and all the work that we put in being a first-time candidate,” she said.

Four other challengers earned less than 4 percent each.

Supporters for Diaz beamed from her election night viewing party at Make the Road Nevada when it was announced she had an early slim lead.

Diaz enjoyed support from a laundry list of prominent officials in Nevada, including both U.S. senators and the powerful Culinary union, playing up her experience in the state Legislature and representation of portions of the ward at the state level. The union previously had backed Kihuen in his other campaigns.

But Kihuen had the political background to match Diaz, having served 10 years in the state Legislature — two more than Diaz — and also two years in Washington as a congressman. Yet he returned to Las Vegas after one term late last year amid reproval from the House Ethics Committee for violating rules after an investigation found credible the claim of three women that he made unwanted physical and verbal advances toward them.

Clary and others preferred to run their campaigns on their credentials, avoiding explicitly criticizing Kihuen’s entry into the race. She pitched to voters her yearslong advocacy for the Huntridge neighborhood and issues that other candidates didn’t necessarily speak out on.

The candidates have agreed on several issues including support of cannabis consumption lounges, elimination of minor marijuana offenses as factors in work card denials, short-term rentals with proper regulations and commitments to ease access to government services.

Brian Knudsen, a private-sector and nonprofit adviser, led the crowded 10-candidate contest for Ward 1 with 27 percent of the vote. “We’re thrilled with the results,” he said Tuesday night. “Obviously, thank you to the voters for putting your trust behind the campaign.”

Knudsen will face off in the general election against Munier to take over for Tarkanian, who is term-limited.

Knudsen carried nearly a decade of experience in Las Vegas, where he had roles in both the city manager’s office and parks and recreation department.

Munier had touted 14 years working alongside Tarkanian in City Hall, experience that brings with it a shorter learning curve than others.

Marlon cast his candidacy as an extension of his work running an addiction recovery center, saying three decades in the health care industry would serve as convenient experience in a ward focused on building out its Medical District.

Councilman Cedric Crear won his election outright with 60 percent of the vote and will not have a runoff election.

Crear won a special election in March 2018 to fill the remaining term of former Councilman Ricki Barlow, who resigned after agreeing to plead guilty to federal charges related to his campaign finances.

Crear ran his campaign on identical priorities from a year ago, mainly reversing high unemployment in the district.

His Ward 5 Works program — a plan via employer partnerships and career pathways to boost economic mobility for residents — was part of a series of plans accomplished in a short period of time, he said last week. 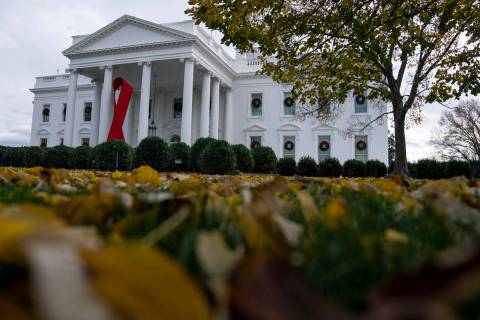 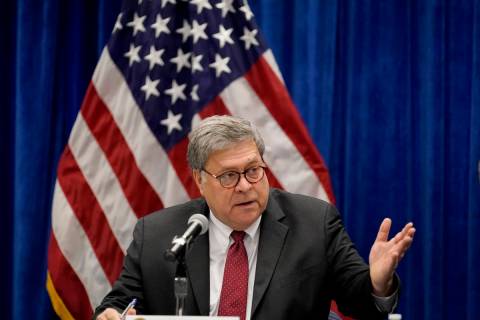