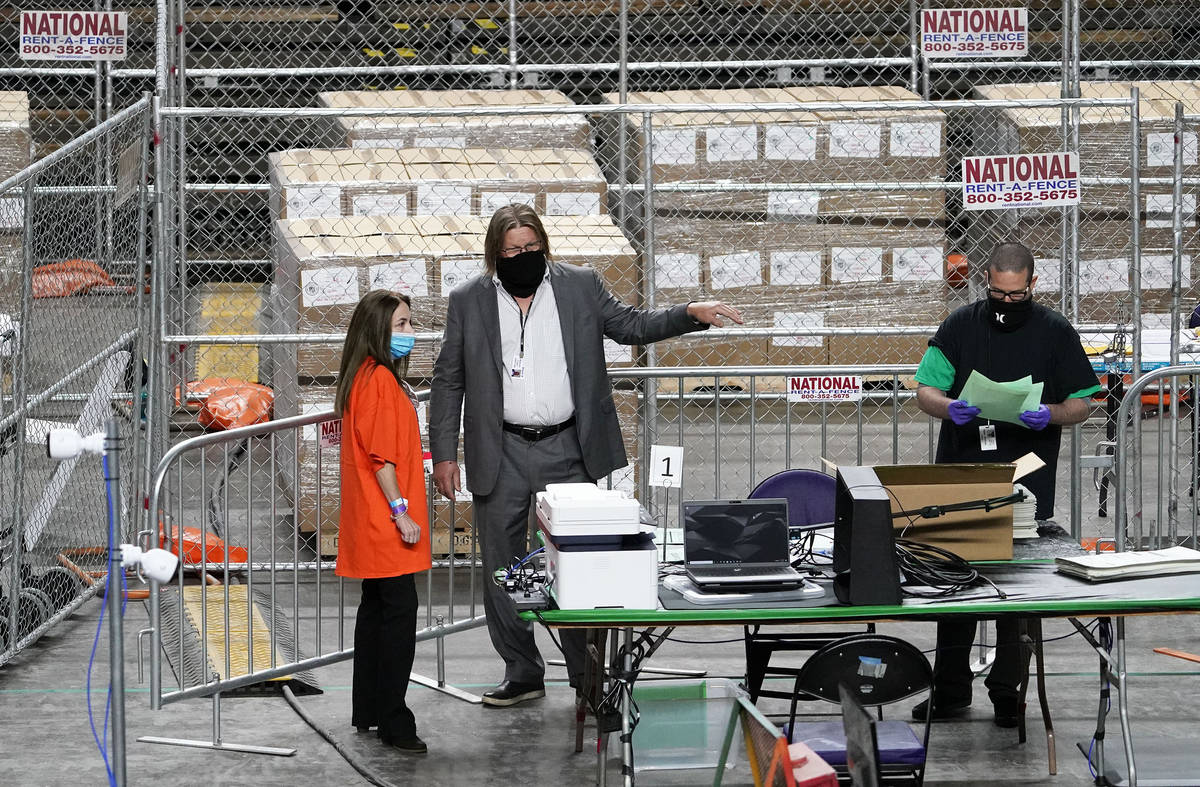 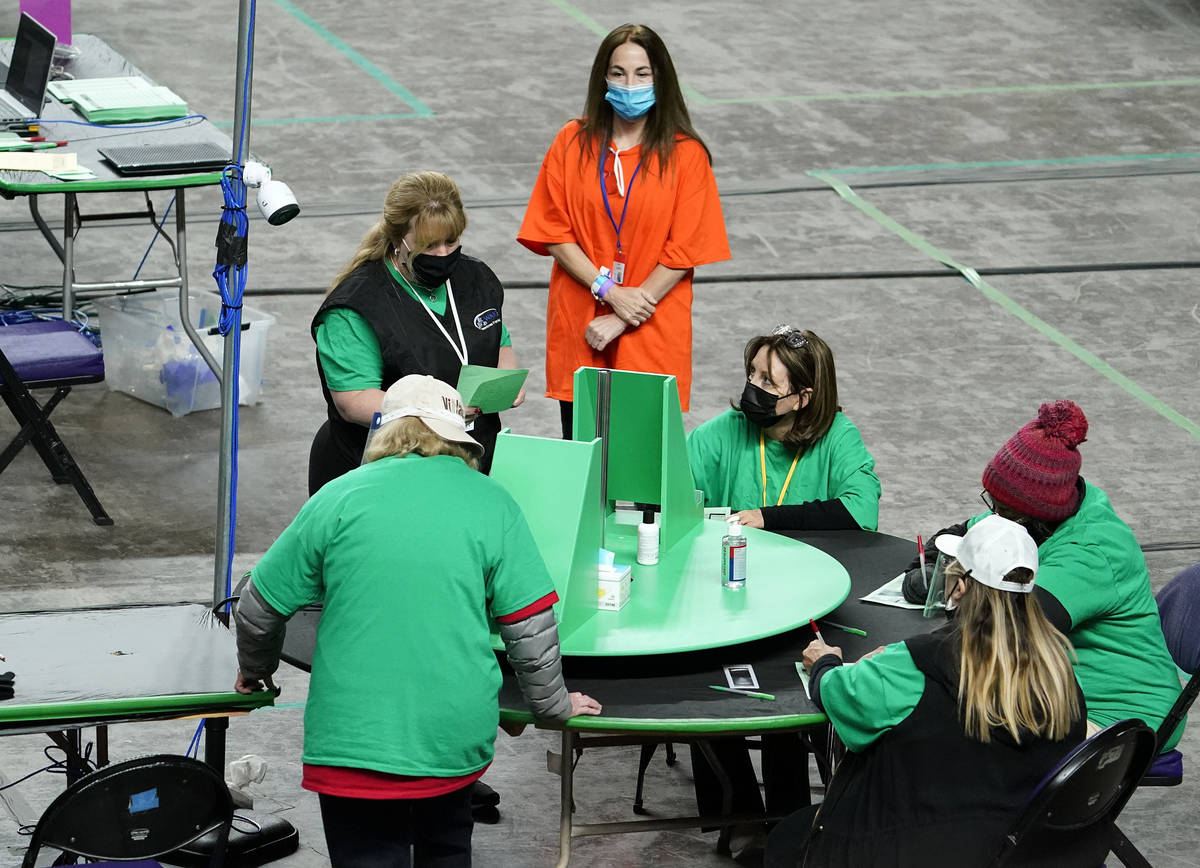 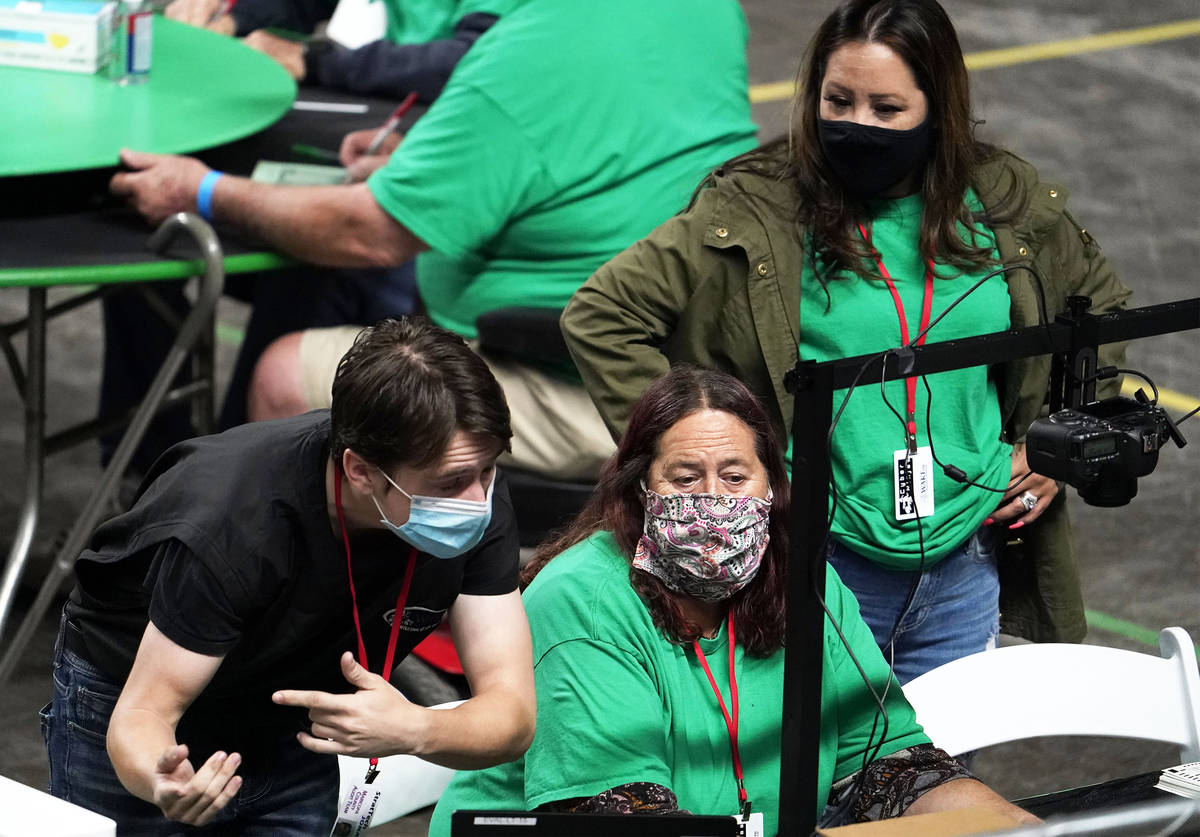 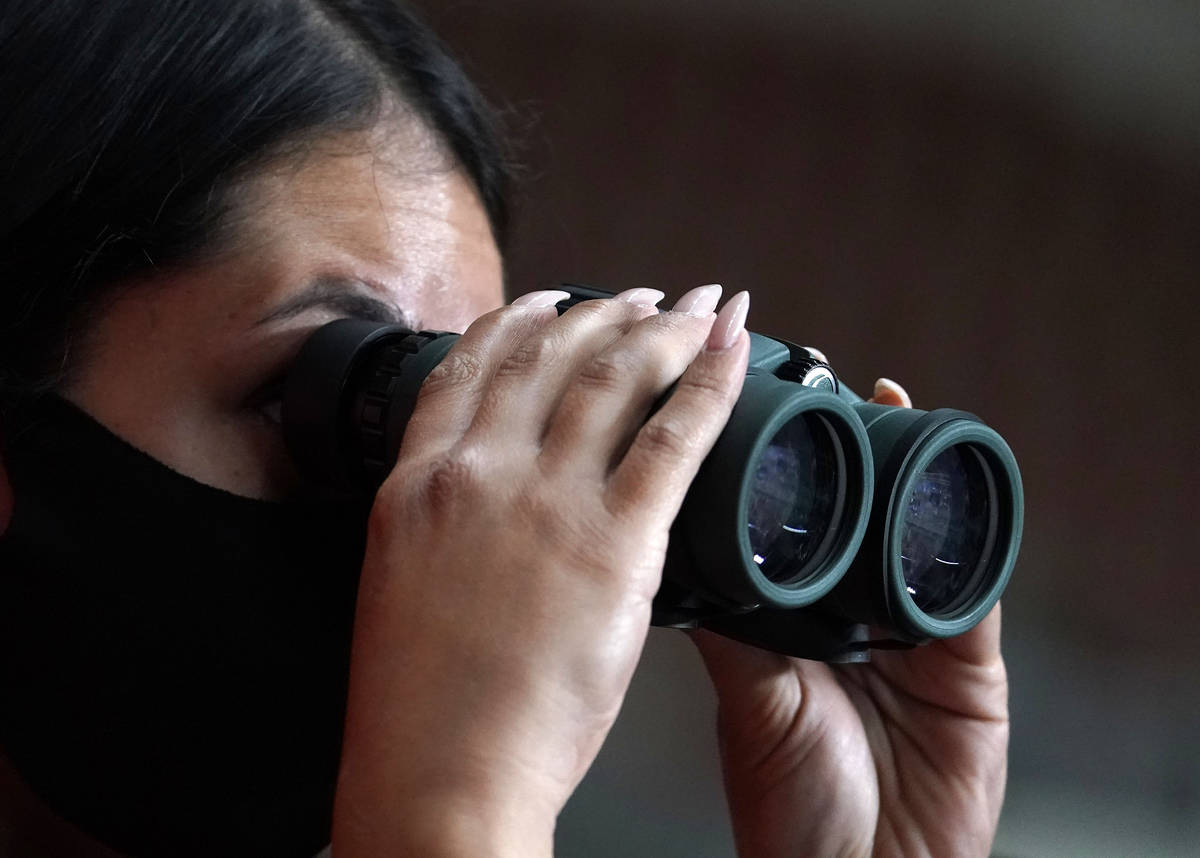 A reporter watches the Maricopa County ballots cast in the 2020 general election being examined and recounted by contractors working for Florida-based company, Cyber Ninjas, who was hired by the Arizona State Senate at Veterans Memorial Coliseum in Phoenix, Thursday, April 29, 2021. (Rob Schumacher/The Arizona Republic via AP, Pool) 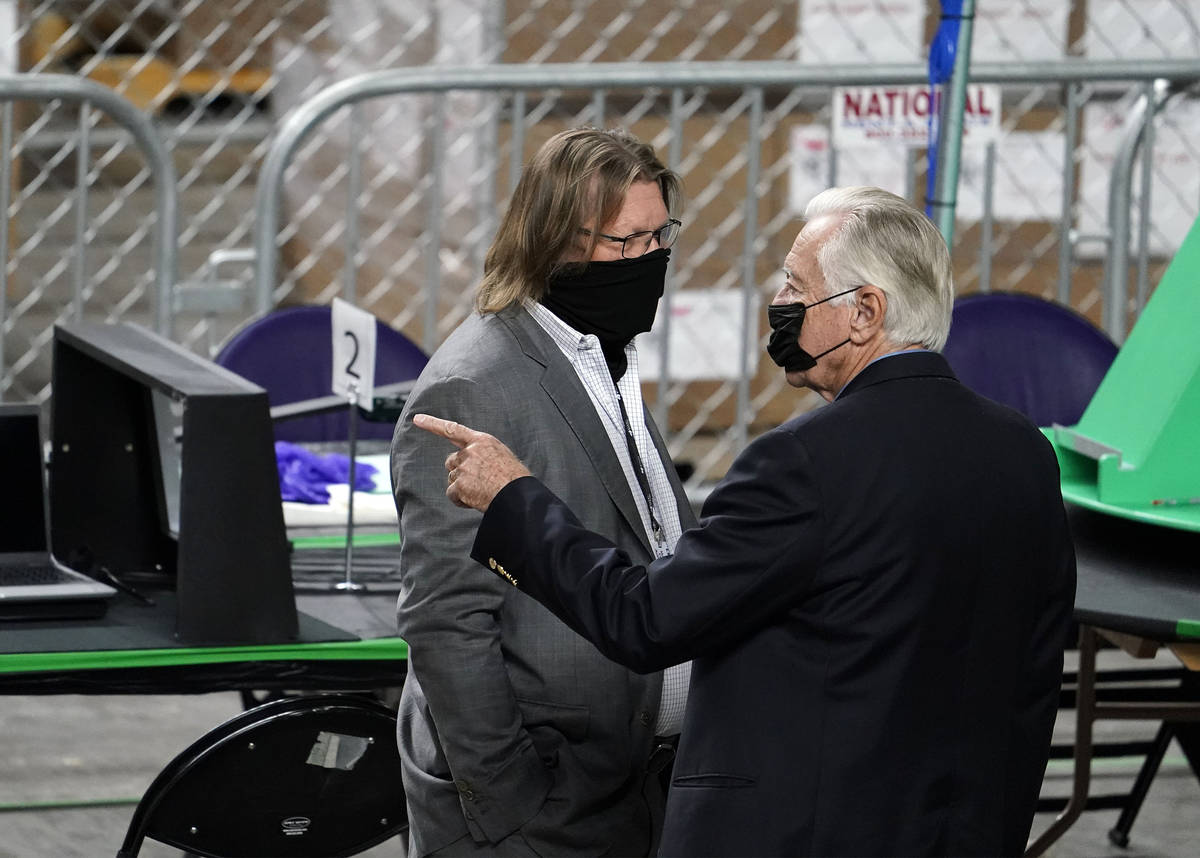 In a letter to GOP Senate President Karen Fann, the head of the Justice Department’s Civil Rights Division said the Senate’s farming out of 2.1 million ballots from the state’s most populous county to a contractor may run afoul of federal law requiring ballots to remain in the control of elections officials for 22 months.

“Past experience with similar investigative efforts around the country has raised concerns that they can be directed at minority voters, which potentially can implicate the anti-intimidation prohibitions of the Voting Rights Act,” Karlan wrote. “Such investigative efforts can have a significant intimidating effect on qualified voters that can deter them from seeking to vote in the future.”

Karlan wants Fann to lay out how the Senate and its contractors will ensure federal laws are followed. She pointed to news reports showing lax security at the former basketball arena where the ballots are being recounted by hand.

Fann said Senate attorneys were working on a response she promised to share when it was completed.

The Justice Department letter came six days after voting rights groups asked federal officials to intervene or send monitors to the Veterans Memorial Coliseum in Phoenix at the state fairgrounds, where the ballots are being recounted.

“We are very concerned that the auditors are engaged in ongoing and imminent violations of federal voting and election laws,” said the letter sent by the Brennan Center for Justice, the Leadership Conference and Protect Democracy.

In other developments Wednesday, the Arizona Democratic Party has reached a deal with the Republican-controlled state Senate to ensure that voter and ballot privacy is guaranteed during an unprecedented recount of the 2020 presidential election results in Maricopa County.

The agreement reached Wednesday puts teeth in a court order that already required the Senate and its contractor, Florida-based Cyber Ninjas, to follow state laws around ballot privacy. Any violations of the agreement would be enforceable by seeking an emergency court order.

The agreement also puts in writing a verbal agreement between the Senate and Arizona Secretary of State Katie Hobbs that allows her to have three observers inside the Veterans Memorial Coliseum at the state fairgrounds.

Under the court order, the Senate and Cyber Ninjas last week released their policies and procedures for the recount. Hobbs’ elections director, Bo Dul, told The Associated Press there were major problems with those rules, including that they seemed haphazard, lacked specifics and left much room for interpretation — something that is never allowed in ballot counts.

Dul noted that the policies allow counters to accept a large enough error rate to perhaps show Trump won the state. Such an outcome would not change the outcome of the election because the results were certified months ago in the state and Congress.

Hobbs on Wednesday sent a letter to the Senate’s liaison to its recount contractor, former Secretary of State Ken Bennett, formally laying out a series of problems with the policies.

“Mr. Bennett, as a former Secretary of State, you know that our elections are governed by a complex framework of laws and procedures designed to ensure accuracy, security, and transparency,” Hobbs wrote. “You also must therefore know that the procedures governing this audit ensure none of those things.”

The developments come as the counting of 2.1 million ballots from the November election won by President Joe Biden are off to a slow pace. Bennett told the Associated Press Tuesday night that teams doing a hand recount of the presidential race lost by former President Donald Trump and the U.S. Senate race won by Democrat Mark Kelly has tallied less than 10% of the ballots since starting on April 23.

Bennett said it is clear the count can’t be done by the time the deal allowing the Senate to use the Coliseum ends on May 14. Several days of high school graduations are set to begin on May 15.

Bennett said the plan was to move the ballots and other materials into a secure area of the Coliseum to allow the events, then restart counting and continue until that is completed.

That seems far from certain, though, after a state fair board official told the Arizona Republic that extending the Coliseum lease is “not feasible.” The fair board didn’t immediately respond to a request for comment from the AP.

Trump and his backers have alleged without evidence that he lost Arizona and other battleground states because of fraud. Fann said she wants to prove one way or the other whether GOP claims of problems with the vote are valid and use the results of the audit to craft updated election laws.