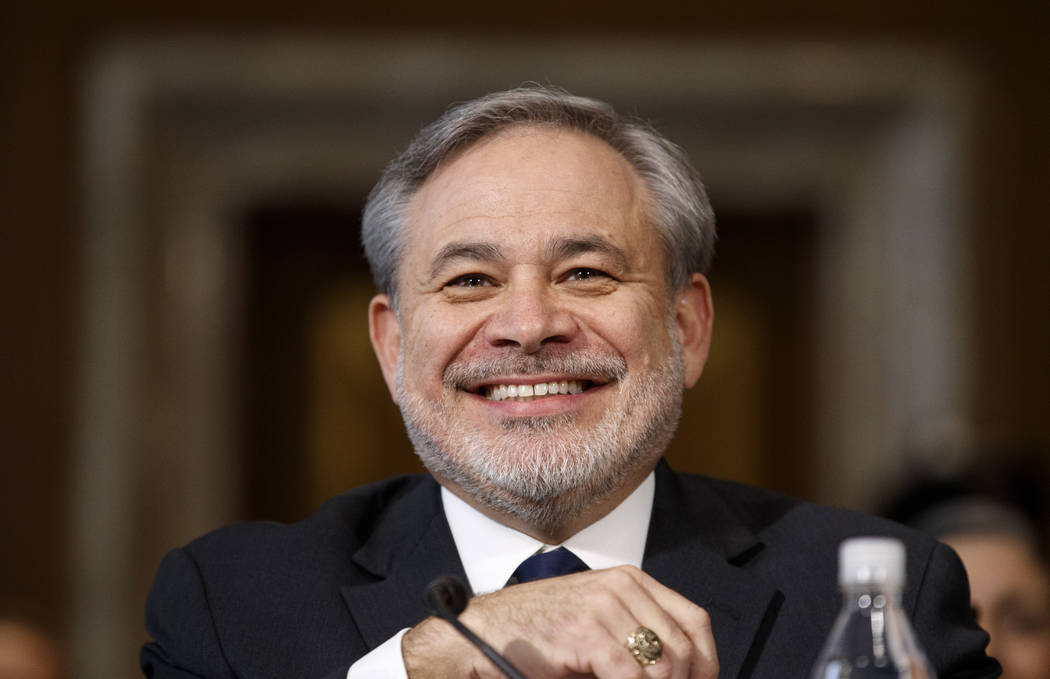 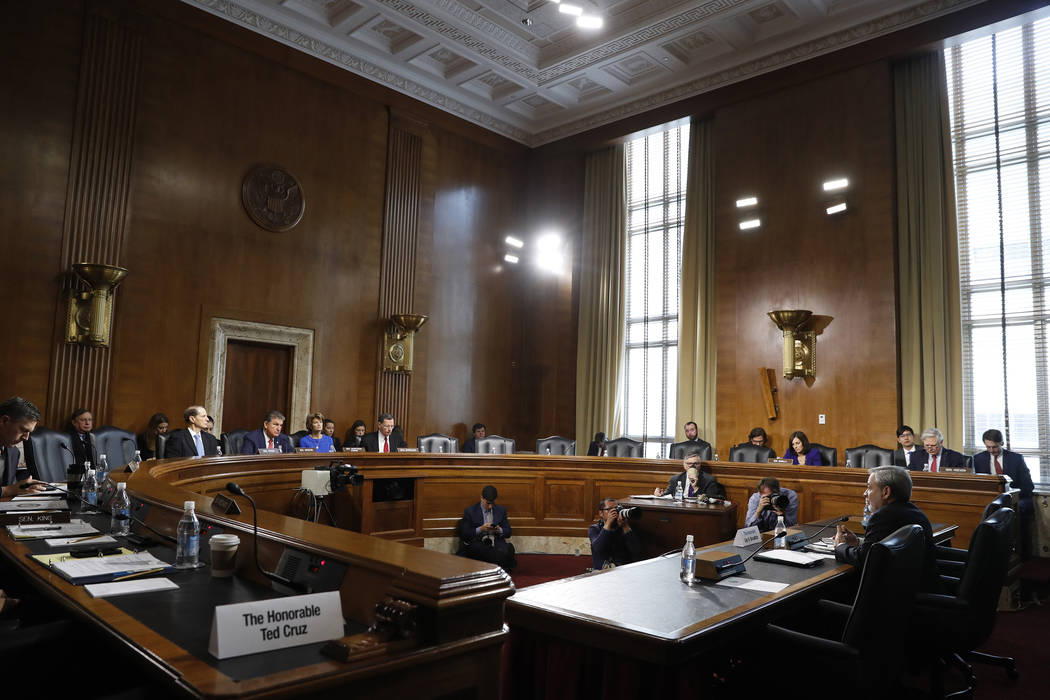 Despite reservations by Nevada officials about Brouillette’s nomination, senators from both parties hailed the nominee. He was overwhelmingly confirmed to the deputy position two years ago.

“He has made a good impression on just about everyone, and he is a great choice to replace Secretary Perry,” said Sen. Lisa Murkowski, R-Alaska, chairwoman of the Senate Energy and Natural Resources Committee.

Even the ranking Democrat on the panel, Sen. Joe Manchin, D-W.Va., praised Brouillette, a former executive from Ford Motor Co. and USAA, the insurance giant based in San Antonio.

“This is an enormous job. But I thank Mr. Brouilette, and I know he is up to the task,” Manchin said during the committee’s confirmation hearing.

Brouillette was confirmed as deputy secretary with a bipartisan 79-17 vote in 2017.

He also won Senate confirmation to serve in the Energy Department during the George W. Bush administration, which pushed for licensing of Yucca Mountain as a nuclear waste repository.

Brouillette’s embrace of Yucca Mountain as the sole repository for the nation’s radioactive waste from nuclear power plants has left Nevadans skeptical of his nomination to head the department.

She also quizzed him on a shipment of a half-ton of plutonium from South Carolina to the Nevada National Security Site as the state was preparing a lawsuit to block the material.

The Energy Department didn’t notify Nevada that the plutonium was in the state until after it filed a federal lawsuit seeking an injunction to block the shipment.

Relations between Perry and state leaders plummeted to new lows.

Cortez Masto later won concessions from Perry to begin moving the plutonium out of the state in 2021., roughly the time frame that Energy had planned to transfer the material to Los Alamos National Laboratory in New Mexico anyway

Brouillette assured Cortez Masto he would abide by the agreement the senator struck with Perry.

“I will give you a firm commitment that we will honor that agreement,” Brouillette told Cortez Masto during the hearing.

Cortez Masto also peppered Brouillette on Yucca Mountain policy. He replied the same way Perry had in the past, noting Congress approved the location as the sole site for nuclear waste disposal from power plants.

Until Congress changes the law, Brouillette said, he and the Energy Department are bound to follow it.

However, he said the Energy Department would not spend money on Yucca Mountain that had not been first authorized by Congress.

And he acknowledged under questioning by Cortez Masto the bitter acrimony between his department and the state. He said he would look at ways to improve communication and cooperation with Nevada.

Cortez Masto met privately with Brouillette earlier this week and is expected to meet again with the nominee next week as the Senate continues to consider confirmation.