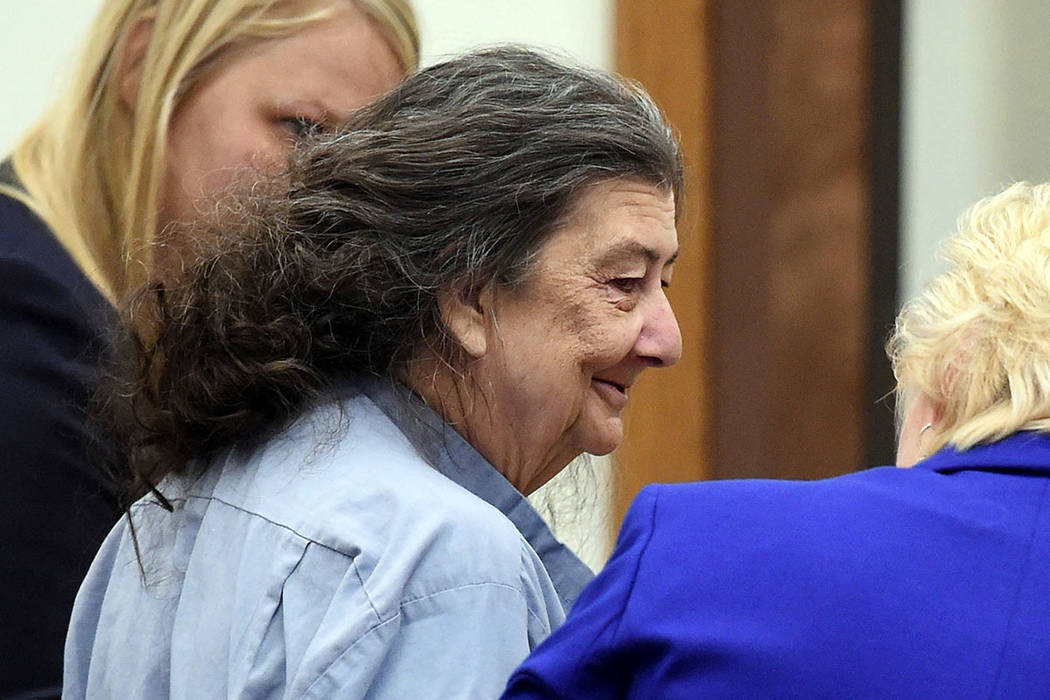 RENO — A woman who spent more than 35 years in prison before she was exonerated for a 1976 Reno murder has filed a wrongful conviction lawsuit against the state and could receive up to $3.5 million under a new Nevada law.

The lawsuit, filed Tuesday in Washoe County District Court, is aimed at granting Cathy Woods a certificate of innocence as well monetary compensation for her time behind bars. The case is expected to be the first to test Nevada’s wrongful conviction compensation law passed by the Legislature and signed by Gov. Steve Sisolak this year.

Woods was arrested in Shreveport, Louisiana, in 1979 in connection with the murder of 19-year-old Michelle Mitchell in Reno in 1976.

In 2014, a judge threw out Woods’ conviction after DNA evidence retrieved from a cigarette butt found at the scene of the killing near the University of Nevada, Reno, pointed authorities to former Oregon inmate Rodney Halbower.

Woods was released from prison later that year, and her 35-plus years behind bars made Woods the longest-serving wrongfully convicted woman in U.S. history, according to the National Registry of Exonerations. The registry lists Woods as one of 13 people in Nevada who have been exonerated.

Halbower was the suspect in several slayings in Northern California that were dubbed the Gypsy Hill Killings and occurred the same year Mitchell was killed. He was sentenced to life in prison last fall for the 1976 rape and murder of two teenage girls in San Mateo County, California.

Woods was convicted based largely on a confession she made while institutionalized at a psychiatric facility in Louisiana. The Nevada Supreme Court overturned her conviction in 1985, but Woods was retried, found guilty again and sentenced to life in prison.

Under Assembly Bill 267, which passed the Legislature unanimously, those released from wrongful imprisonment can sue the state and, if successful, receive a certificate of innocence, have their records related to the conviction sealed and receive monetary compensation based on how long they spent behind bars. Those who spent more than 20 years in prison stand to receive $100,000 for each year they were incarcerated.

In Woods’ case, her imprisonment could translate to $3.5 million.

Woods’ attorney, Edmund Gorman, said he had no comment when reached by phone Thursday.

Woods also filed a federal lawsuit against Nevada and Louisiana officials in 2016, alleging civil rights violations and malicious prosecution. That case is ongoing.

Other people wrongfully convicted in Nevada have been able to sue and recover significant damages. In 1996, Roberto Miranda was exonerated after being sentenced to death and spending 14 years in prison for the murder of Manuel Torres in Las Vegas. Miranda later sued Clark County, homicide detectives and the public defender’s office and won a $5 million settlement.