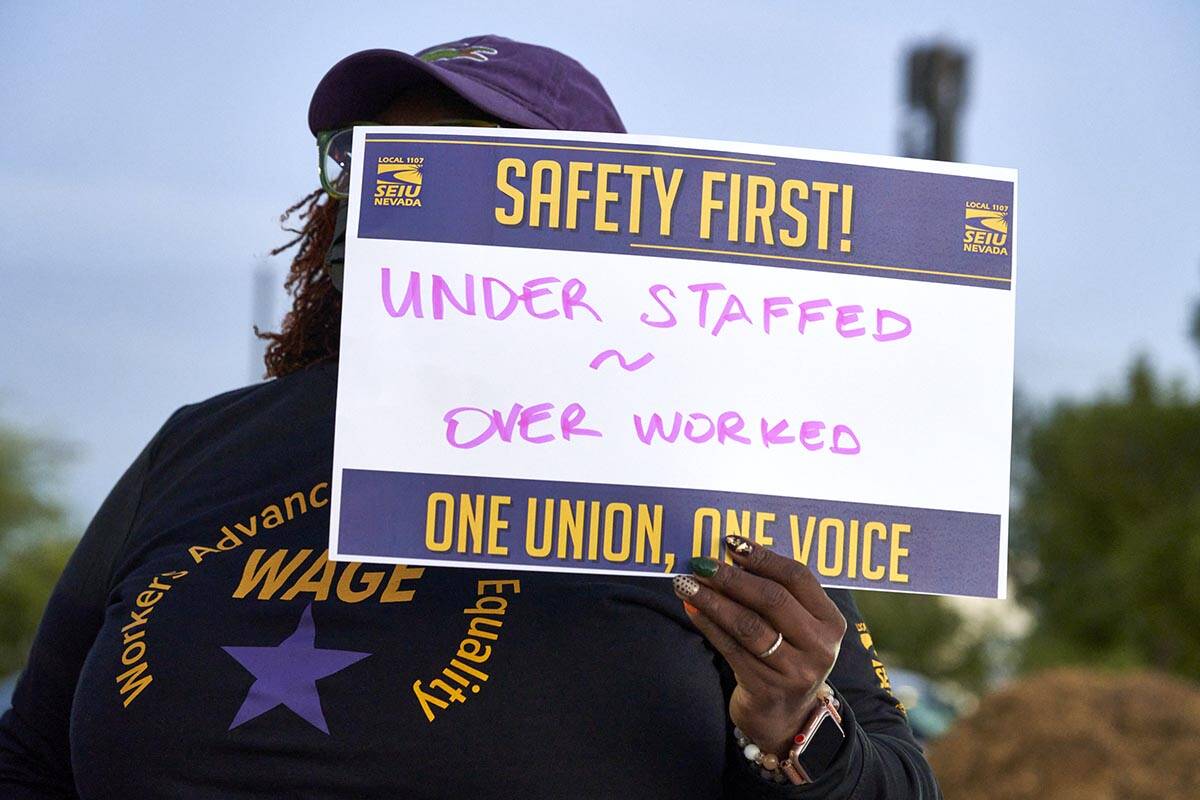 An employee with SEIU, Local 1107, protests unsafe working conditions in the Clark County Department of Family Services on Wednesday outside Child Haven in east Las Vegas. (Courtesy of Jason Karsh and SEIU) 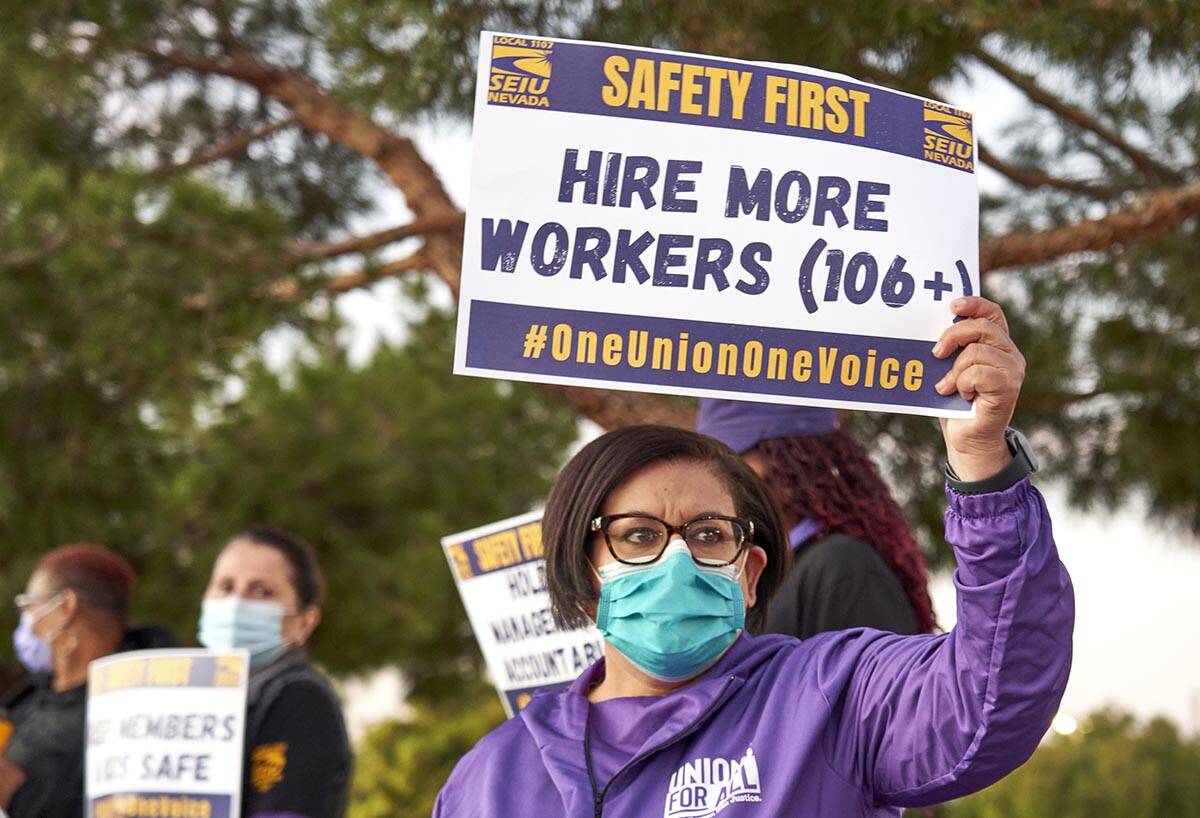 The workers also demanded county officials create policies to provide a safe working environment across the department including at Child Haven, the facility for abused, neglected and abandoned children where employees protested Wednesday.

“With staffing shortages and minimal reduction in paperwork, it lessens the amount of time that staff can adequately spend with families on their caseloads,” said Michelle Maese, a supervisor in the department’s specialized unit, in a statement.

The department would need more than 106 new employees in order to return working conditions to a safe level, according to the union, citing an independent study.

Staffing issues have been exacerbated by the COVID-19 pandemic, which led to a hiring freeze for nearly a year and is forcing the county to play catch up, according to spokesman Dan Kulin.

“The concerns union leaders shared with us center around the desire to add staff at the Department of Family Services, which management has been actively working to accomplish,” Kulin said in a statement.

The county has hired 29 new staff members in the past month, he said, and it is interviewing and offering jobs to prospective employees weekly.

But beyond being understaffed, the union also raised fears of its employees being ill-equipped to handle certain cases. For instance, children with severe mental illness and autism are being placed at Child Haven, according to the union, and workers have been attacked, including one who was recently thrown through a window.

“To address this, the county is working to hire mental health professionals and create programs to meet the immediate mental health needs of children in our community,” Kulin said.