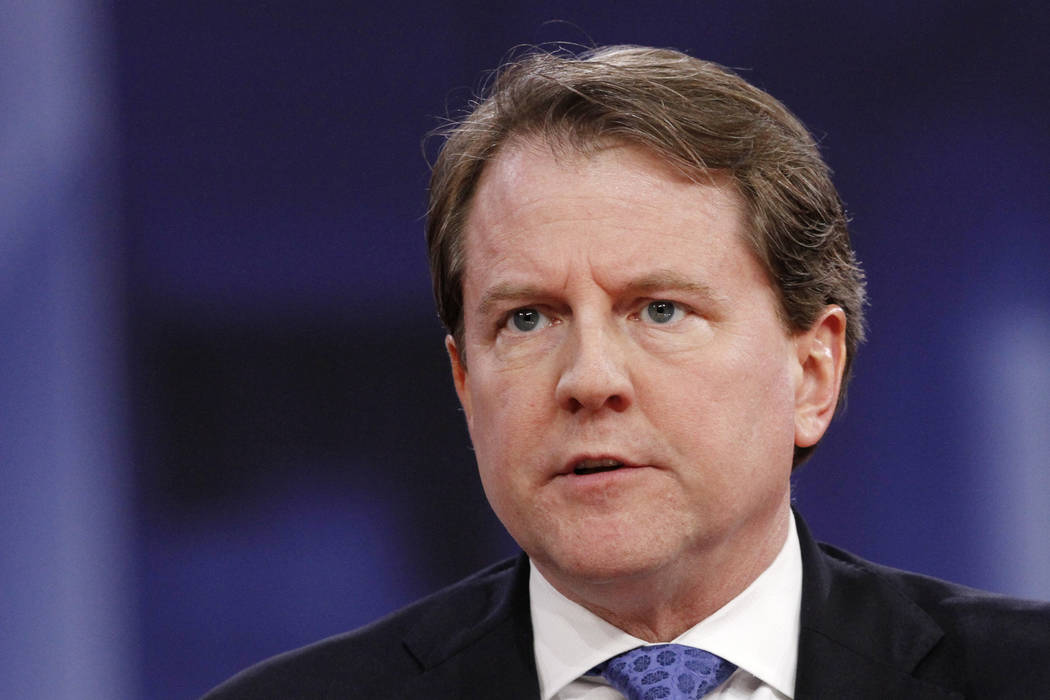 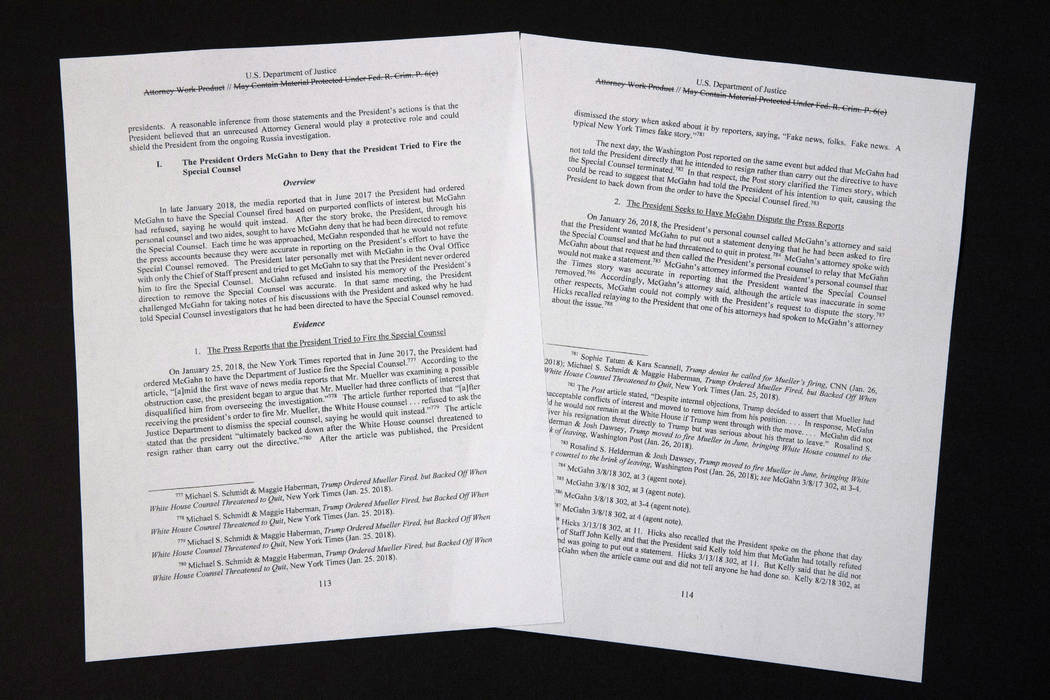 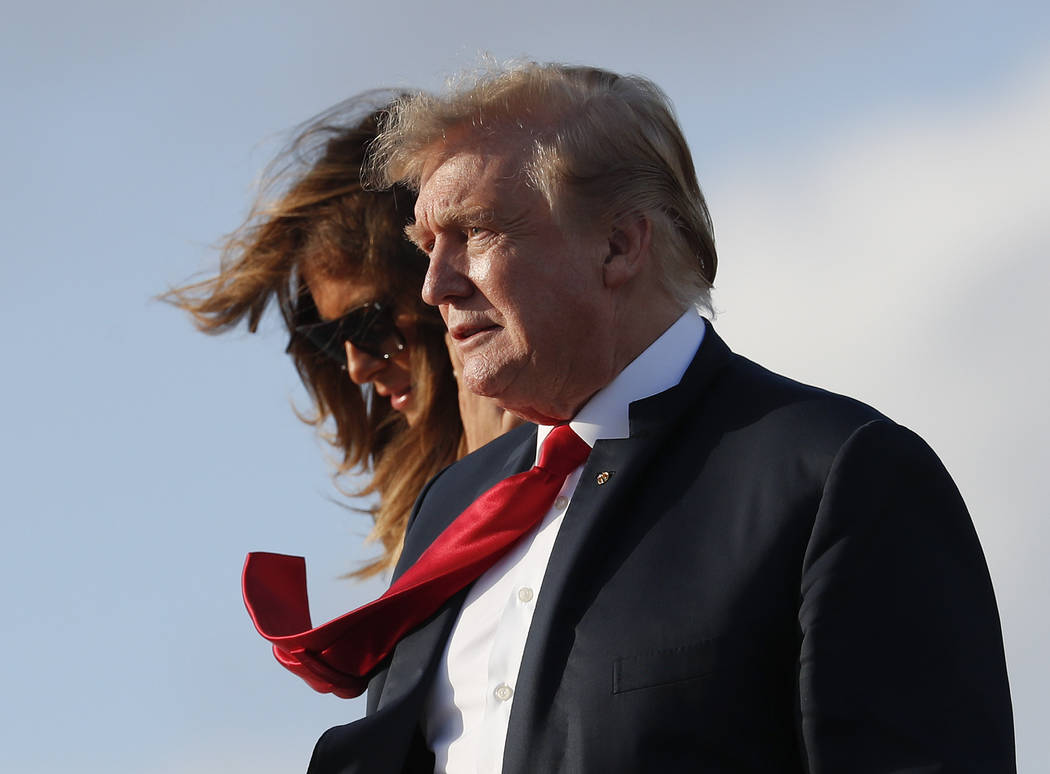 WASHINGTON — Don McGahn was barely on speaking terms with President Donald Trump when he left the White House last fall. But special counsel Robert Mueller’s report reveals the president may owe his former top lawyer a debt of gratitude.

McGahn, who sat with Mueller for about 30 hours of interviews, emerged as a central character in Mueller’s painstaking investigation into whether Trump obstructed justice and impeded the years-long Russia investigation. In one striking scene , Mueller recounts how Trump called McGahn twice at home and directed him to set Mueller’s firing in motion. McGahn recoiled and threatened to resign instead.

Mueller concluded that McGahn and others effectively halted Trump’s efforts to influence the investigation, prompting some White House officials and outside observers to call him an unsung hero in the effort to protect the president.

John Marston, a former Washington, D.C. assistant United States attorney, said McGahn appeared to help Trump “both in real time with his actions and then as well as being forthcoming.”

McGahn’s relationship with the president was turbulent. A prominent Washington attorney, he joined Trump’s campaign as counsel in 2015 and followed him to the White House, but the two men never developed a close rapport. His departure last fall came as little surprise.

Still, it was McGahn who Trump turned to on June 17, 2017, when he wanted to oust Mueller. According to the special counsel report, McGahn responded to the president’s request by calling his personal lawyer and his chief of staff, driving to the White House, packing up his belongings and preparing to submit his letter of resignation. He told then-White House Chief of Staff Reince Priebus that the president had asked him to “do crazy s—-.”

Mueller said McGahn feared Trump was setting in motion a series of events “akin to the Saturday Night Massacre,” the Nixonian effort to rein in the Watergate investigation.

One of the few

William Alden McDaniel, a lawyer who represented targets and witnesses in the Ken Starr investigation, as well a high-ranking officials in the Iran-Contra scandal, said McGahn appeared to be “one of the few people in the administration to stand up to the president” and that “takes a certain amount of principle.”

Mueller’s report shows there were a handful of other aides who rebuffed orders and suggestions from the president, helping save him from the consequences. Former campaign manager Corey Lewandowski resisted an effort by Trump to convince Attorney General Jeff Sessions to un-recuse himself from the investigation and to limit the scope of Mueller’s probe. Priebus and McGahn repeatedly resisted Trump efforts to force out Sessions so that Trump could replace him and install a new person to oversee Mueller’s work.

McGahn also tried in other ways to keep the president in line, advising him that he should not communicate directly with the Department of Justice to avoid the perception or reality of political interference in law enforcement and reminding him that their conversations were not protected by attorney-client privilege.

Trump responded by questioning McGahn’s tendency to take notes and draft memoranda outlining his advice to the president for the historical record.

“Why do you take notes? Lawyers don’t take notes. I never had a lawyer who took notes,” Trump said, according to Mueller’s report. The special counsel said McGahn responded that he keeps notes “because he is a ‘real lawyer’ and explained that notes create a record and are not a bad thing.”

Exchanges like those appear to have led Mueller to conclude that McGahn was “a credible witness with no motive to lie or exaggerate given the position he held in the White House.”

McGahn did not respond to a request for comment Thursday and nearly a dozen friends and former colleagues mostly spoke on the condition of anonymity to avoid upsetting him, describing him as a private person.

They largely characterized McGahn’s time in the White House as unhappy and defined by his frequent clashes with the president.

“Don is an experienced lawyer who’s dealt with difficult clients in the past,” said Jason Torchinsky, an election law attorney who has known McGhan for 20 years.

In a campaign and White House staffed largely by novices and bootlickers, McGahn was a rare establishment figure, despite his longer hair and 80s cover band dabbling. He served as commissioner and chairman of the Federal Election Commission and had deep roots with the Republican party, including spending a decade as general counsel of the National Republican Congressional Committee.

At the White House, he earned praise from conservatives for helping confirm a series of conservative judges, including, in his final act, shepherding Supreme Court nominee Brett Kavanaugh’s confirmation. He was also instrumental in fulfilling long-held conservative priorities, including leading the White House’s systematic effort to cut government regulations and weaken the power of administrative law judges.