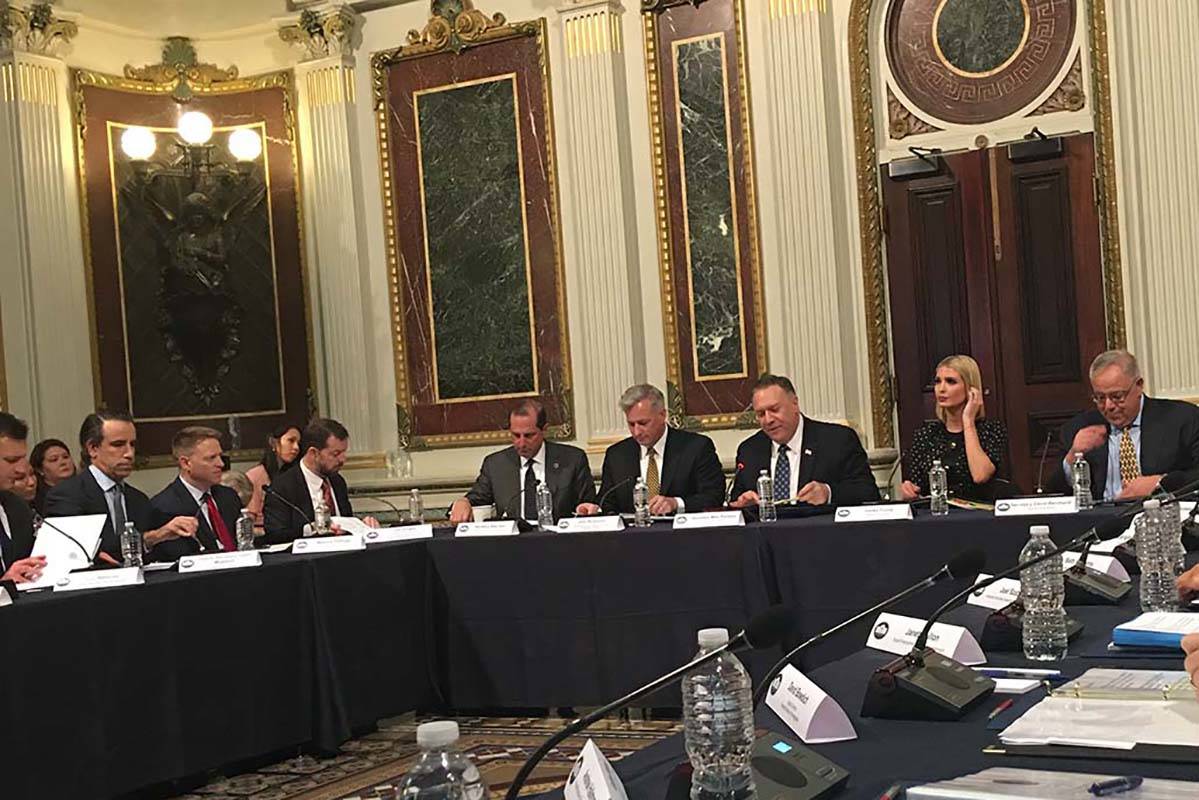 Fischer told the Review-Journal that she will work from the Domestic Policy Council exclusively to combat “all forms of human trafficking, including labor trafficking and sex trafficking.”

Children are spending more time online because of the coronavirus outbreak, Fischer added, so the administration will focus on prevention education programs targeted at families, caregivers and community members to “give them solid information on how to keep themselves safe from online exploitation, because one of the things that we’ve learned by talking to survivors of human trafficking is that social media and online apps were a huge part of their exploitation process.”

“Any child is at risk of being approached by a predator,” Fischer said.

The president’s daughter and adviser Ivanka Trump, who has made the fight against human trafficking a central issue in her portfolio, said in a statement she sees the new position as a means to help Trump use “all the tools at his disposal to ensure that the end of modern-day slavery becomes a reality.”

“Heather is an incredible addition to the White House team to continue building our administration-wide efforts to combat the scourge of human trafficking,” she added, and will develop “policies that will save lives and protect individuals from trafficking operations across this nation.”

Fischer will be in the room at the State Department Thursday as Secretary of State Mike Pompeo, Ivanka Trump, and John Richmond, ambassador at-large to monitor and combat human trafficking, release the 2020 Trafficking in Persons Report that ranks countries based on their records on the issue.

In the 2019 report, the United States, Canada, the United Kingdom, Australia and the Philippines qualified as Tier 1 countries that have met the minimum standards of the Trafficking Victims Protection Act.

Mexico was listed as a Tier 2 country, which means it had not met minimum standards but was making “significant efforts to meet that standard.”

Tier 3 countries, including China, were not making such efforts.

Fischer, a graduate of Liberty University, had followed efforts to fight human trafficking in Southeast Asia, but she didn’t think there was much she could do about it. “I thought it was a really dark issue, and I was in some ways paralyzed by it,” Fischer recalled.

But then in 2011, she saw Rob Morris, co-founder of the organization Love146, talk about how he saw children being bought and sold as commodities, and decided to get involved. (Love146 gets its name from the number pinned on the dress of a younger girl in a Southeast Asian brothel.)

Fischer found herself raising her hand and saying, “Whatever you need, please let me know.”

In 2016, before her work with the Trump administration, Fischer once worked with hotel security staff and others in Reno to help them identify human trafficking around them. She was impressed with the unity she saw among professionals who usually competed with each other.