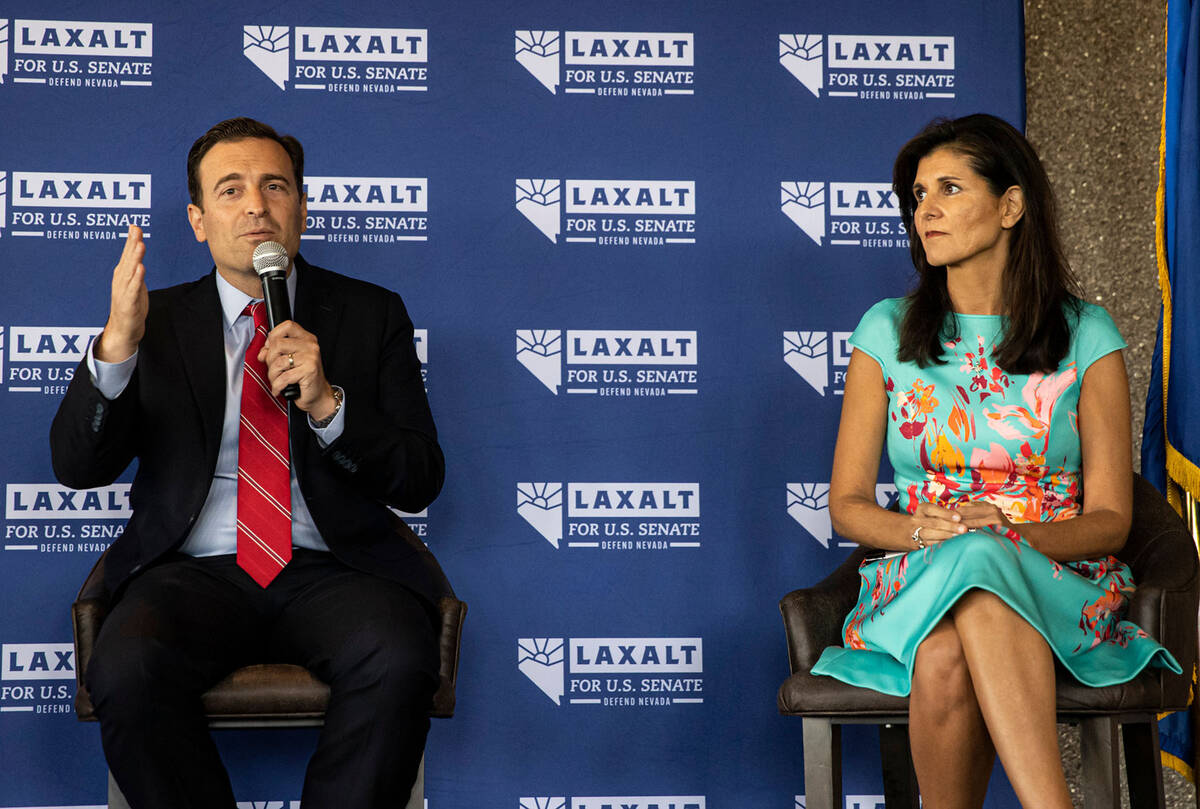 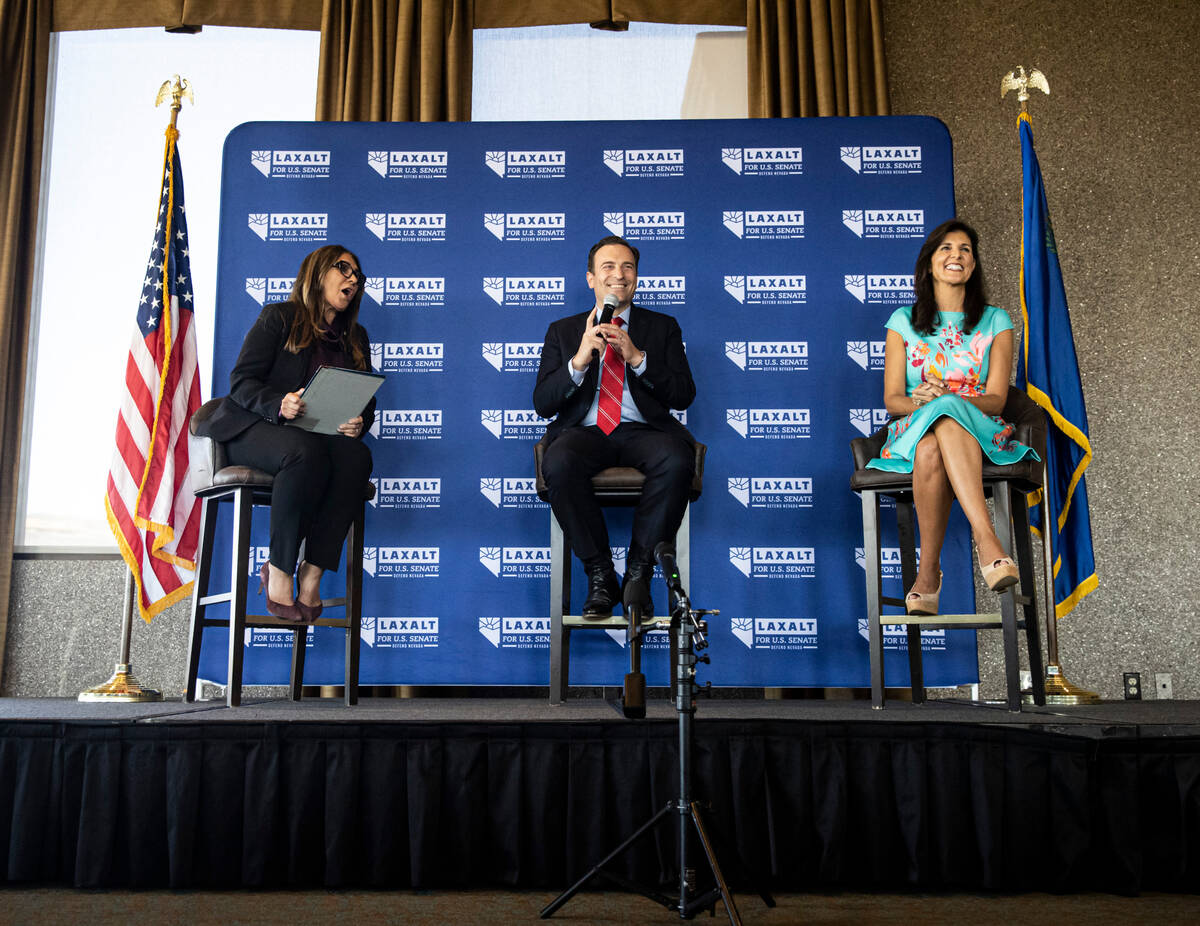 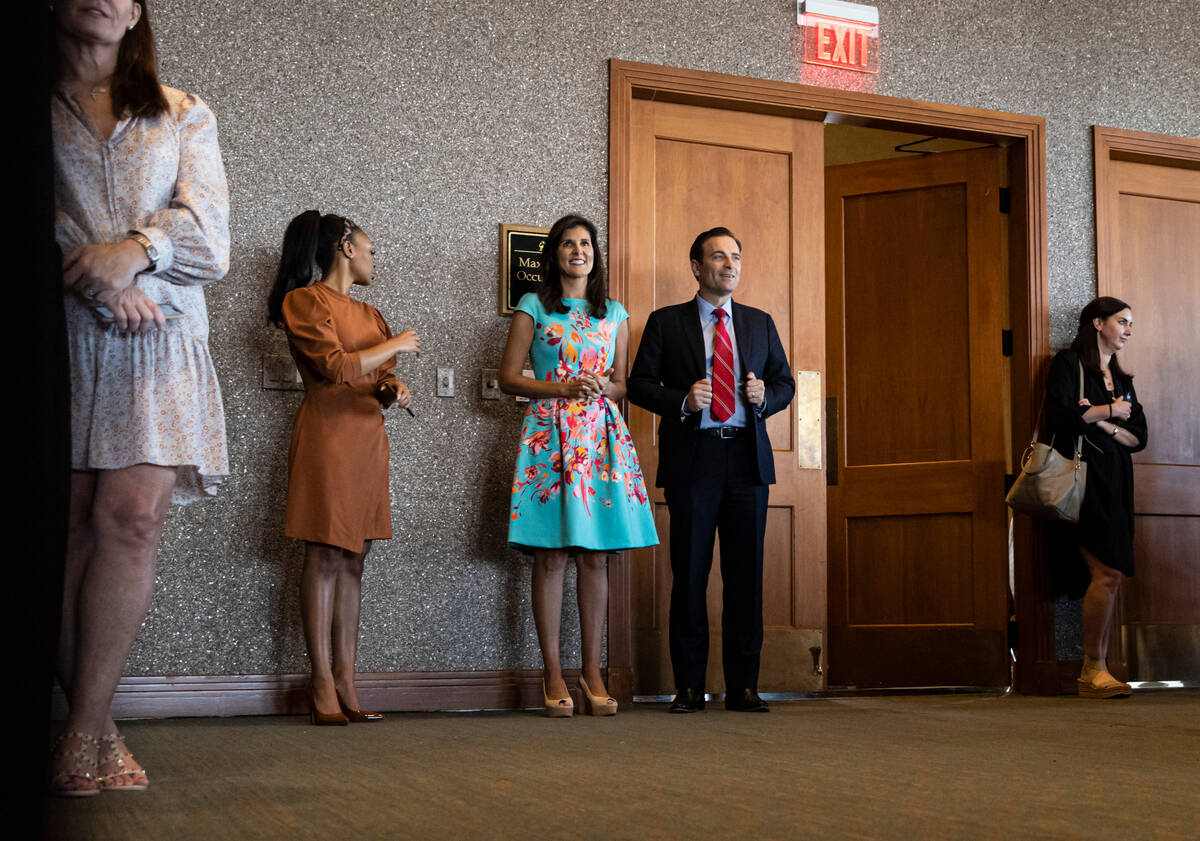 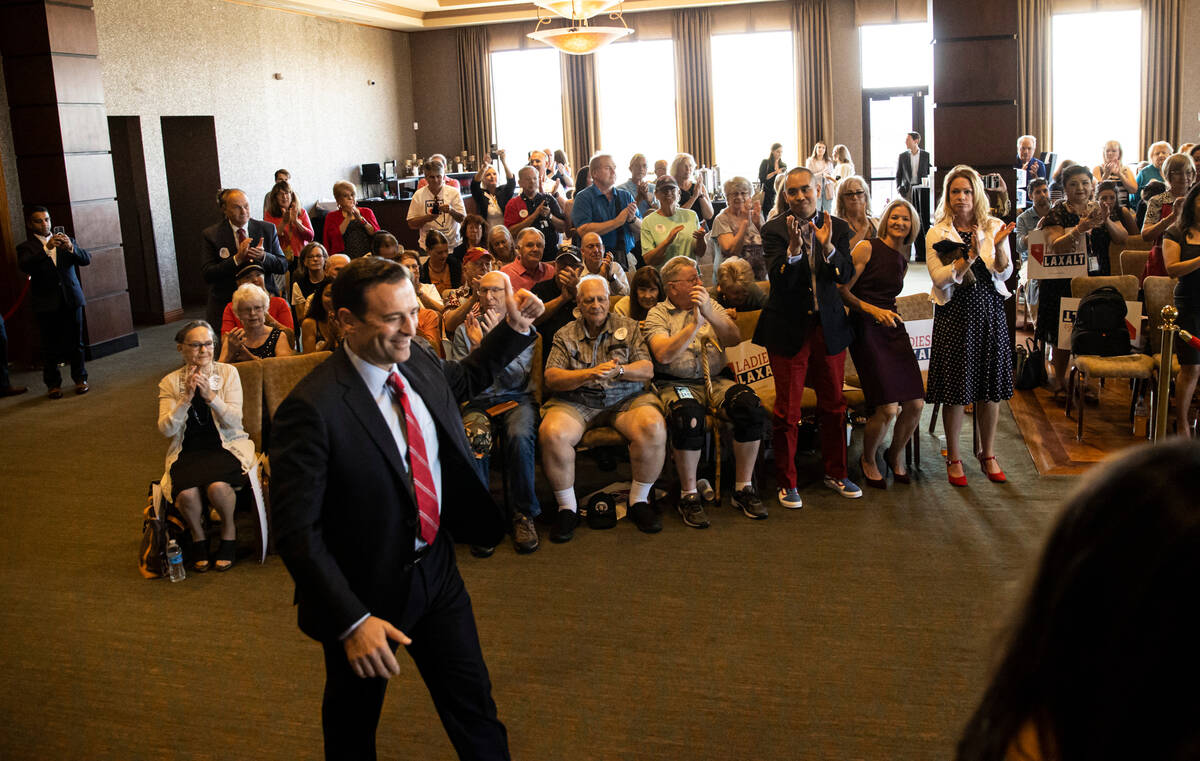 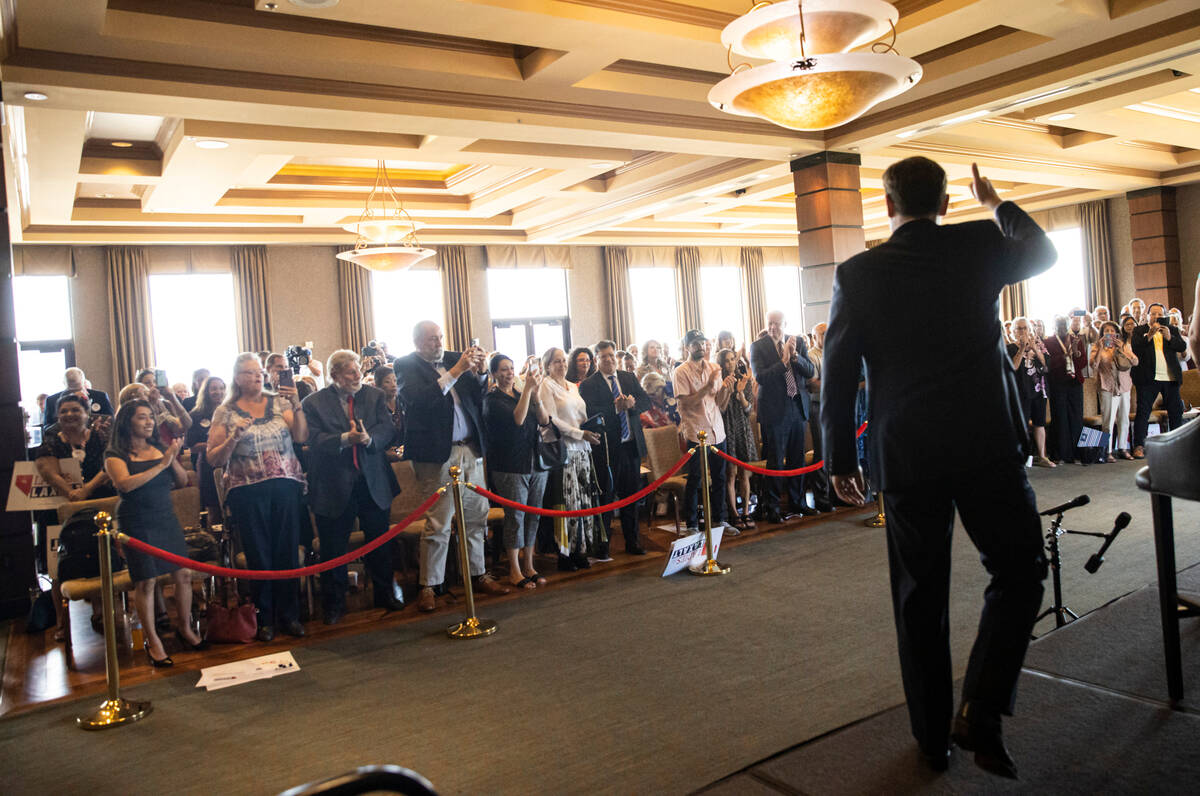 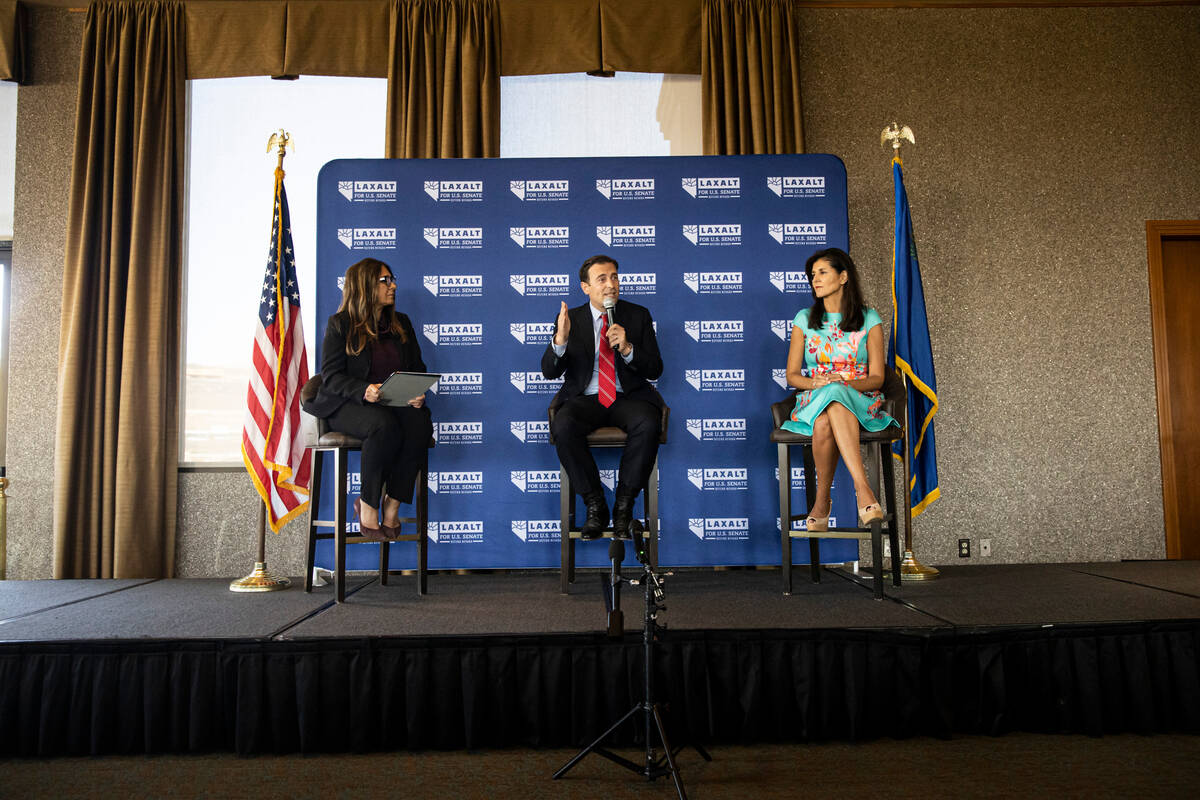 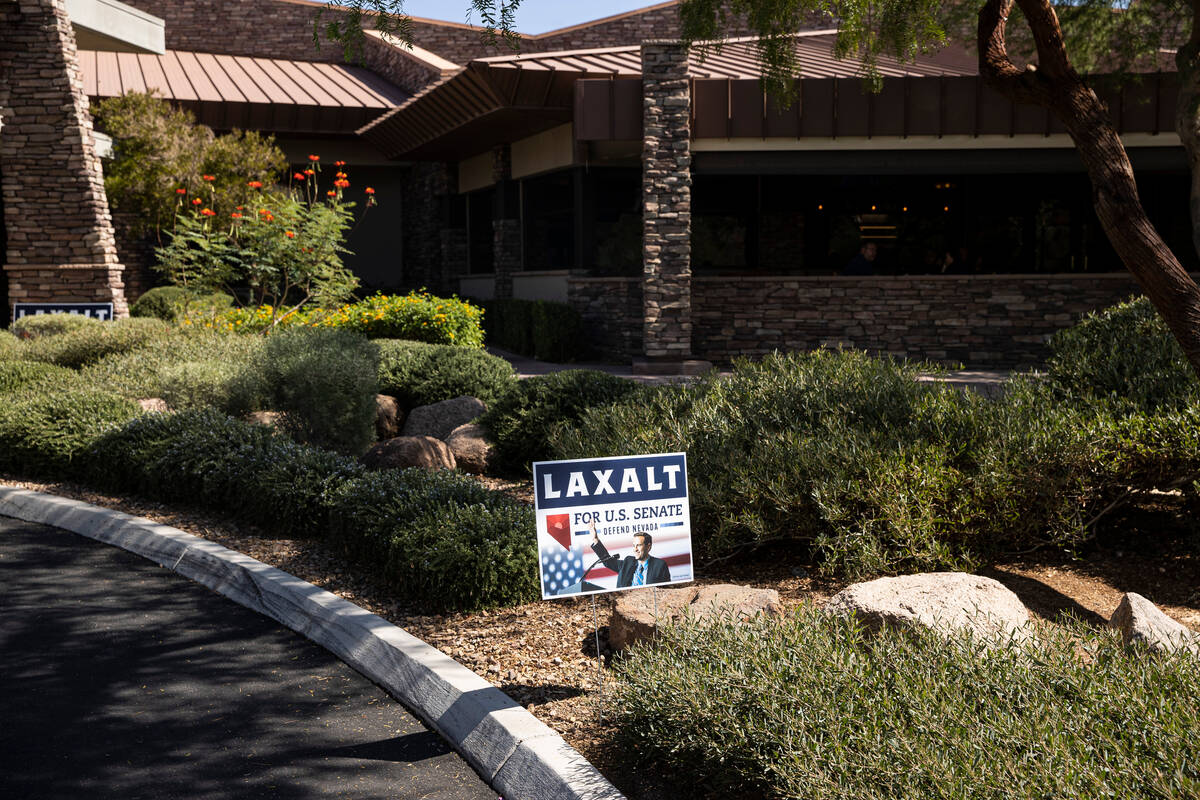 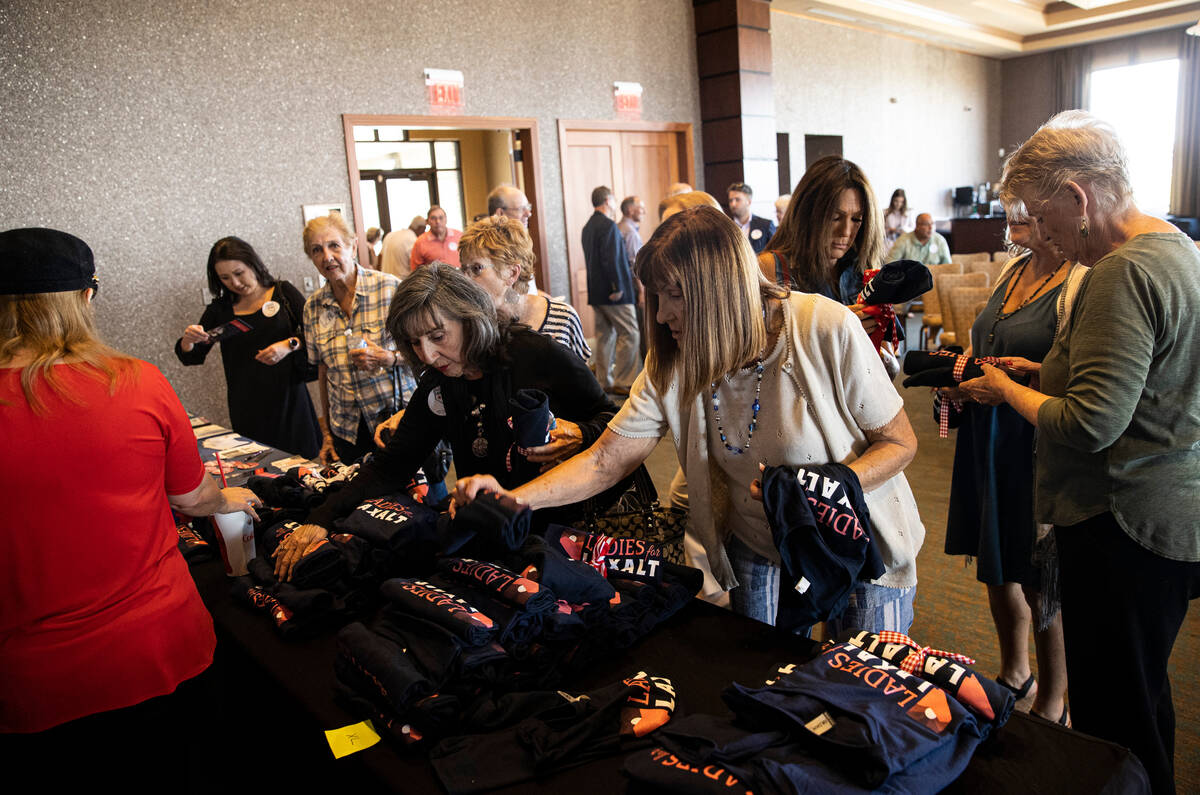 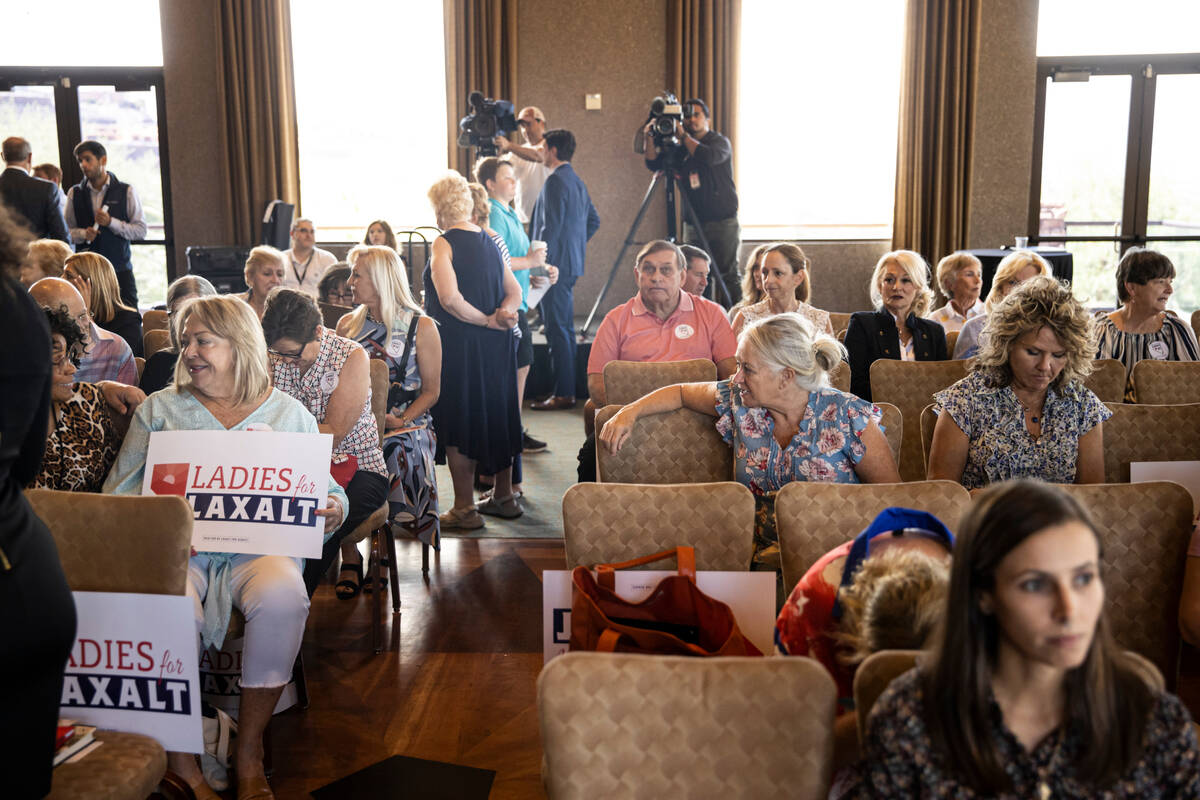 Former South Carolina Gov. and U.S. Ambassador to the United Nations Nikki Haley joined a long list of national Republican leaders to visit Las Vegas and campaign for former Attorney General Adam Laxalt in hopes he will win and flip the U.S. Senate red in November.

Haley joined Laxalt at a Ladies for Laxalt coalition Wednesday morning and a Republican Jewish Coalition event in the evening urging supporters to tell “everyone they know” to vote for Laxalt.

“All eyes are going to be on Nevada, the road to the Senate majority is through Nevada,” Haley said. “So what can you do as we’re in the final countdown?”

With less than two months to go until the Nov. 8 midterms, Laxalt has had several big name Republicans jump on the campaign trail with him, including former President Donald Trump, Sen. Ted Cruz, former Texas Gov. Rick Perry and Florida Gov. Ron DeSantis.

Laxalt is in a tight race against Democratic incumbent Sen. Catherine Cortez Masto. The latest polls have put Laxalt ahead with slim margins against Cortez Masto. A September 8NewsNow/ Emerson College poll found that Cortez Masto leads among women voters by 7 points, and Laxalt leads among men by 6 points.

In response to Haley’s visit, Cortez Masto’s campaign Press Secretary Sigalle Reshef said in an email that while Laxalt is getting rewarded for his work to overturn the 2020 election for Donald Trump, “no matter how many Trump allies Laxalt brings to town, he can’t rewrite his record of pushing to ban abortion and shilling for the Big Oil companies squeezing Nevadans at the pump.”

As moderator at the morning event, Las Vegas City Councilwoman Victoria Seaman with the Ladies for Laxalt Coalition encouraged the approximatetly 200 attendees to vote Republican down the ballot in November.

Haley and Laxalt talked about economic policy, criticized Cortez Masto for overspending and slammed the Biden Administration’s withdrawal from Afghanistan that resulted in the death of 13 Americans.

Haley said Cortez Masto has spent money like a “drunken sailor” … “on things that you would never forgive her for,” such as $463,000 “for pigeons to learn how to play slot machines.” She is referring to the National Institutes of Health granting $465,339 to researchers at Reed College in Portland, Ore. to study gambling habits. That funding was not determined by Congress.

They also talked about energy independence and criticized the Biden administration for stopping the Keystone XL pipeline.

The Keystone XL pipeline was designed to transport crude oil from Canada across the U.S.; however, it wasn’t set to be operational until 2023, according to Forbes. Much of that oil was going to go to the Gulf Coast, according to the Washington Post.

Laxalt echoed popular Republican talking points about critical race theory and parental control in schools, saying he would push to institute a parental bill of rights if he is elected.

Laxalt, who went to the border recently, criticized Cortez Masto for not paying enough attention to the immigration issue.

“If we win this race and we have a deep red wave, which I still believe we’re in, … I think the first thing we’re going to get is a secure border,” Laxalt said.

About 150 people gathered at an evening event hosted by the Republican Jewish Coalition, which has endorsed Laxalt, where Haley and Laxalt discussed national security, foreign affairs and standing with Israel in the Middle East.

They also discussed standing with Israel and funding the “Iron Dome,” which is an air defense system created by Israeli firms with the support of the U.S.

“Our world is blessed because of Israel. … We have to protect Israel and that if we had a strong Israel, we will have peace in the Middle East,” Haley said.

Haley urged Biden against negotiating a deal with Iran.

Democratic Jewish groups criticized Laxalt for campaigning with Michael Flynn, who has previously said some insensitive comments about Holocaust victims.

Steven Sheffey, chief of staff for the Jewish Democratic Council of America, which has endorsed Cortez Masto said Flynn is a “nasty guy” who has made “many outrageous and offensive comments.”

“We really believe that (Laxalt) shouldn’t have Flynn campaign with him. It sends a bad message to all those who oppose bigotry,” Sheffey said.

Laxalt’s campaign declined to respond to those concerns.