WASHINGTON — The late President George H.W. Bush lies in the Capitol rotunda a beloved figure, praised lavishly by cable pundits and Democratic leaders as well as Republicans. So effusive is the praise that you could easily forget that he left power as a figure of scorn, registering an approval rating below 30 percent shortly before he lost his bid for re-election in 1992.

How did Bush become such a lionized figure in a polarized nation? Well, there’s that old saying about not speaking ill of the dead.

Bill Whalen, a research fellow at Stanford’s Hoover Institution and 1992 Bush campaign aide, has a theory: “Republicans become a lot more sympathetic when “they are not in power” — or not even alive.

When Ronald Reagan died in 2004, for example, he went from being dismissed as a former actor who relied on cue cards to a generally recognized “great communicator.”

Whalen acknowledged that some Democratic politicians — think former President Jimmy Carter — also have been known to gain stature with age.

At the same time, as Whalen sees it, the passing of a GOP icon like Bush while another Republican is in the White House provides a “convenient opportunity” for political rivals to denigrate the current officeholder.

Praise as a snub?

The late Arizona Sen. John McCain’s inner circle used the former Vietnam POW’s passing in August to belittle President Donald Trump, who stayed out of Vietnam thanks to four student and one medical draft deferments.

Democrats’ lauding of Bush may also be intended to send a subtle message about the current occupant of the White House, Whalen noted.

On Monday, Senate Minority Leader Chuck Schumer praised the 41st president as a World War II hero, “a fine man, a decent man” who even if you disagreed with him, “was doing what he thought was best for America.”

It wasn’t always so.

Despite a war-hero pedigree, Bush fought his way into office in 1988 over the brutal assessments of the pundit class. Washington Post columnist George Will dismissed then President Ronald Reagan’s vice president as a “lap dog” and Newsweek wondered how Bush could overcome his “wimp factor.”

After Bush beat Democratic nominee Michael Dukakis in 1988, Democrats attributed his landslide victory — he won 426 electoral votes and 40 states — as the fruit of a low-road campaign that tied the Massachusetts governor to Willie Horton, a convicted murderer who raped and tortured a Maryland couple after he was released from prison on a weekend furlough.

Former Bush allies blame the media in part for Bush’s popularity slide. Onetime aide Bill Harlow cited news coverage of Bush “not understanding a supermarket scanner” as an example of a biased reporters tilting a story to enforce the narrative of a “rich Republican who had never been to a supermarket before.” The New York Times used the headline, “Bush Encounters the Supermarket, Amazed.” In fact, Harlow noted, the scanner did things scanners had not done before.

Shortly after the Times story ran in February 1992, the Associated Press ran a story that clarified that the scanner was a new model that “really did have some unusual features.”

Reno’s Ty Cobb, who served as a foreign policy adviser to Reagan, thinks the scanner story made Bush seem “oblivious to the concerns of the average American” after “the economy took a serious downturn.”

But after Bush settled into retirement, the public had time to absorb his signal foreign policy accomplishments. For example, when Soviet Union evaporated in 1991, Bush worked to make sure that “the instability that rocked the Soviet empire” did not create authoritarian regimes across Eastern Europe, Cobb said.

And of course, Bush helped put together the United Nations coalition that chased Saddam Hussein’s Iraqi military forces out of Kuwait.

But Bush also rebuilt his esteem by walking away from the presidency to live a full life outside of the Beltway.

It would have been “very easy for the Bush family to seek revenge for slights real and perceived,” noted Whalen, the former campaign aide, “but they’ve decided not to go there.” Both he and his son, 43rd President George W. Bush, instead chose to enjoy life rather than re-litigate old political arguments.

Or new ones for that matter.

Nonetheless, the Washington Post reported Tuesday that the Bush family reached out to the Trump White House over the summer to send a message that the Bushes wanted to put aside old differences and would welcome Trump to the Bush funeral. One associate explained that the gracious Bush “wouldn’t want anyone there to feel uncomfortable, including the incumbent president.”

Whalen contrasted the Bushes to former President Bill Clinton and former Secretary of State Hillary Clinton, who have been touring the continent “giving speeches and trying to stay relevant.”

Bush 41, on the other hand, reached the highest office in the land after enduring many losses in the ballot booth. He lost one House race, two Senate campaigns, the 1980 presidential primary to Reagan and his re-election campaign in 1992.

But rather than dwelling on the losses, said Whalen, “He just moved on.” 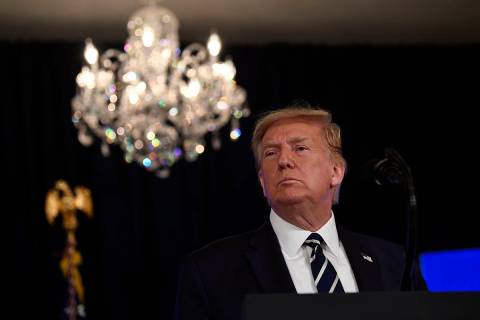