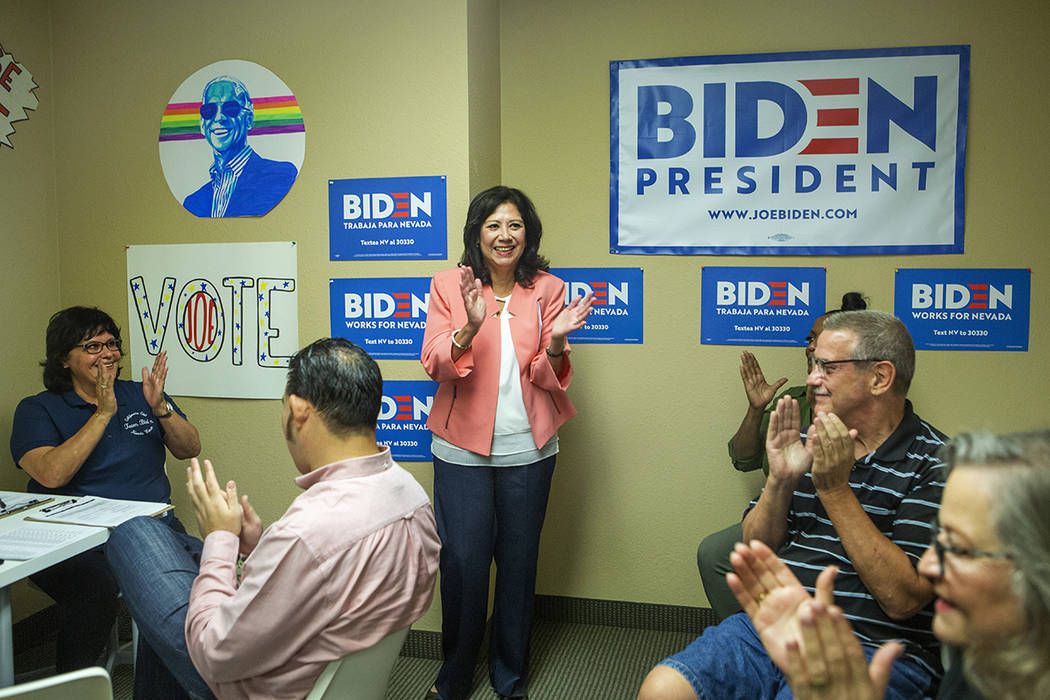 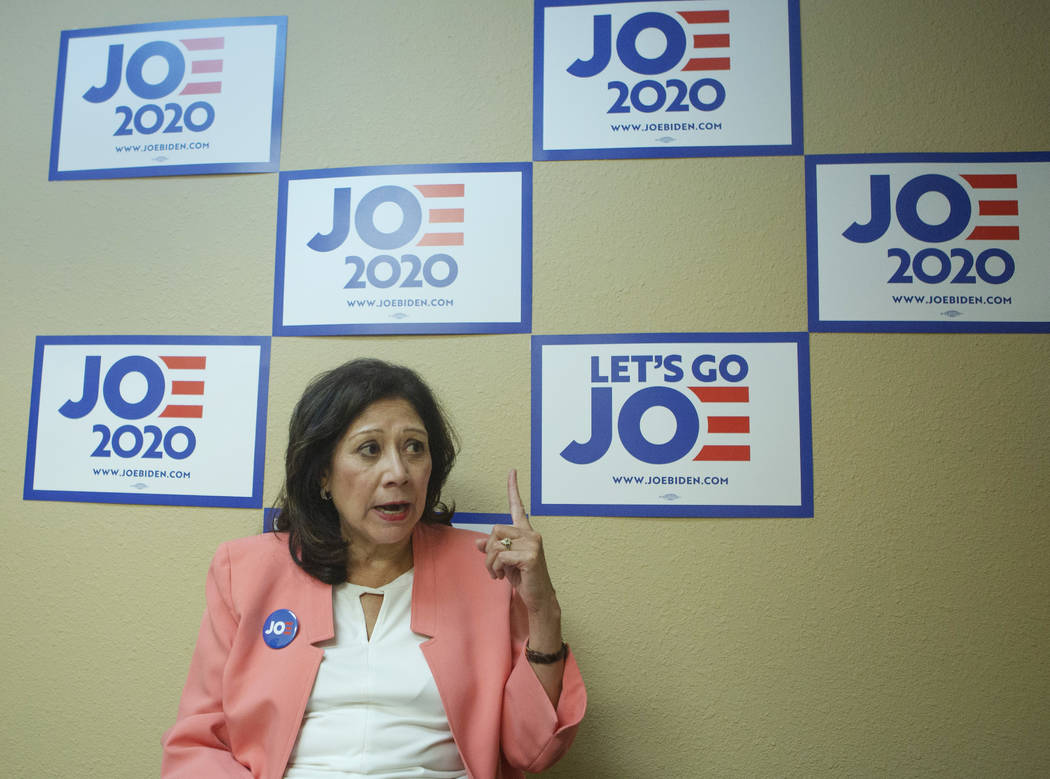 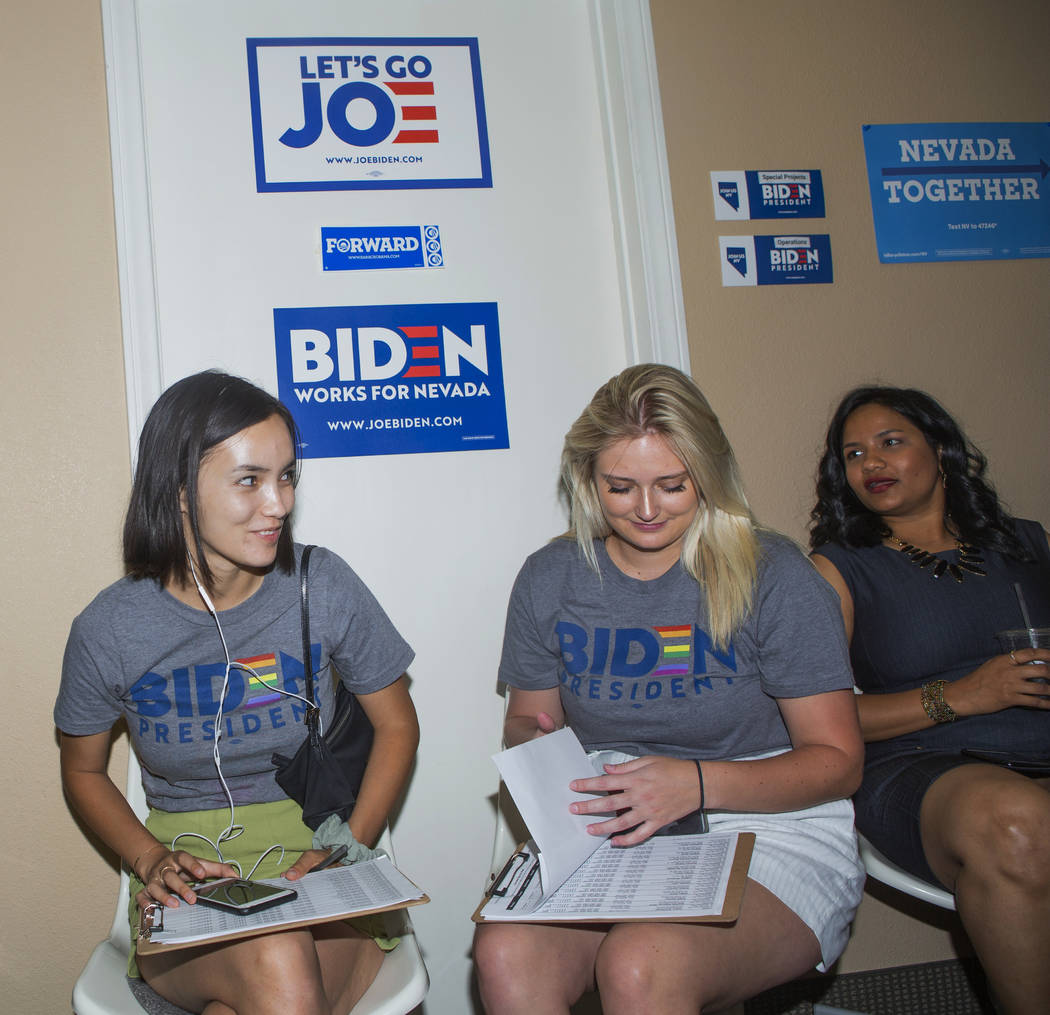 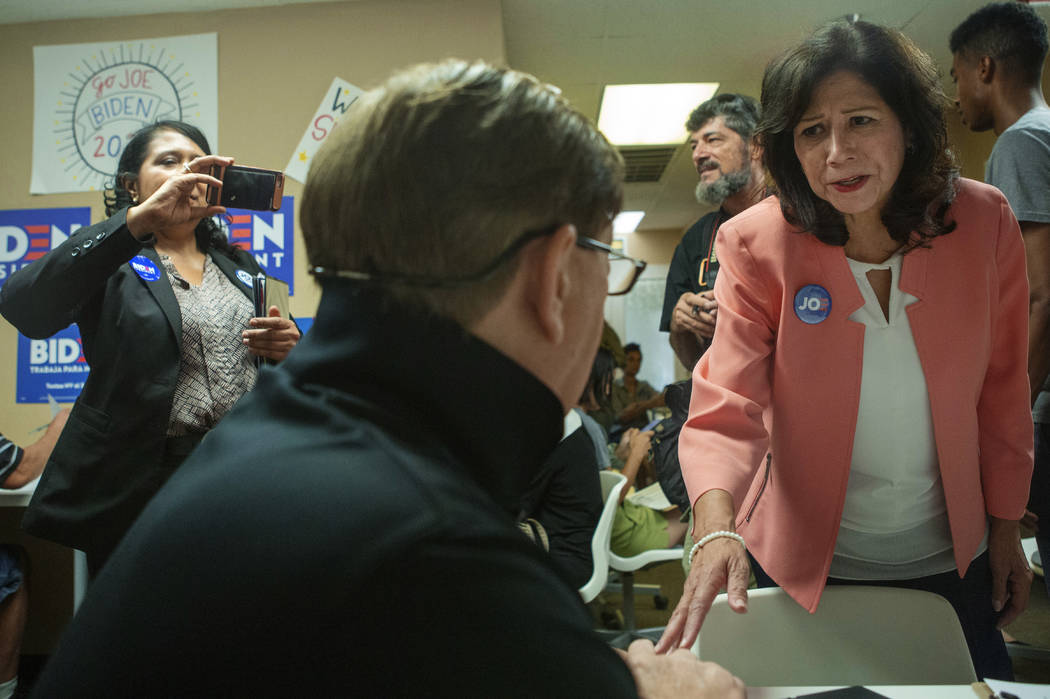 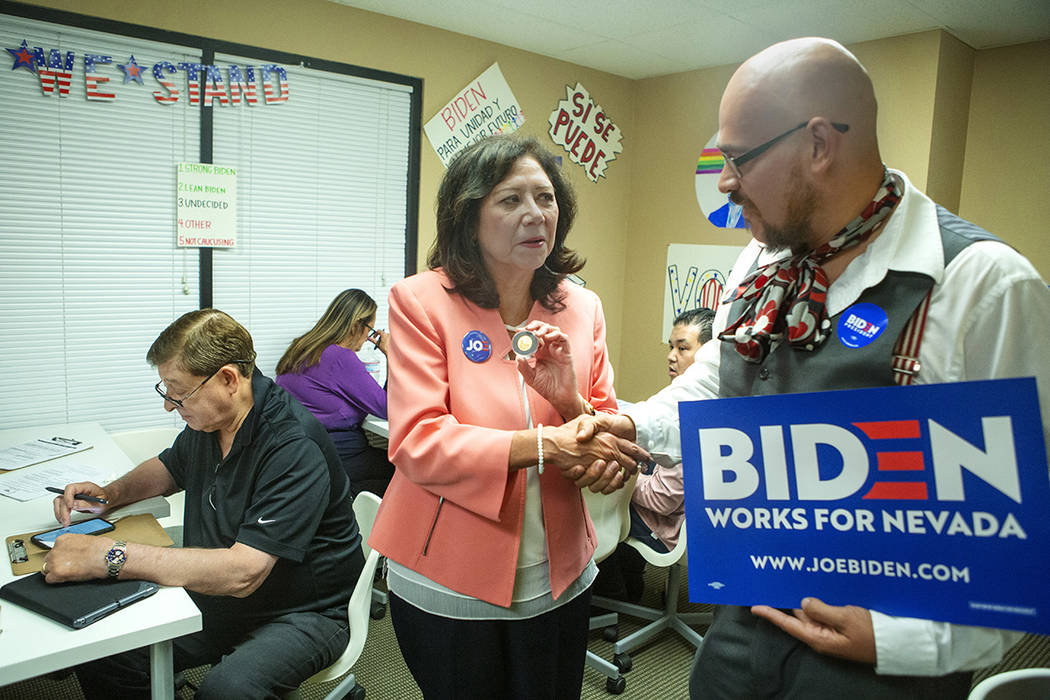 Former U.S. Secretary of Labor Hilda Solis was in Las Vegas Thursday to campaign on behalf of former Vice President Joe Biden, whom she said has the “steady hand and experience” necessary to defeat President Donald Trump.

Solis, now a Los Angeles County supervisor, served in the cabinet with Biden during former President Barack Obama’s first term. She said Biden’s 36 years in the Senate and eight years as vice president during a time in which the country had to battle through and ultimately rebound from a recession made him the right man for the Democratic nomination.

“There were a lot of people who thought, ‘How are you ever going to get out of this?’” Solis said in an interview with the Review-Journal. “But he fought and worked tirelessly, and I still see that drive in him.”

Solis described Biden as a warm man who treats cabinet members and people he meets in restaurants exactly the same. He listens and shares his own insight openly with anyone he meets, she said.

“Some people may not understand that,” Solis said. “I know some people criticized him for hugging you and all that. That’s who he is. I saw that as someone who actually didn’t have his guard up — who was personable.”

She said this persona allows for easy interaction with foreign diplomats and compromise with legislators on the other side of the aisle — two important qualities she believes are sorely lacking in the current administration.

Biden administered Solis’ oath of office as labor secretary. He was supposed to stay for just 20 minutes, Solis said, but ended up staying an additional hour and 20 minutes to talk with her family, department employees and the children in the office’s day-care facility.

“When have you seen that in a vice president?” she said. “I’ve never seen that. I’ve just always felt he connects well with people, but he also has a vision. And that to me is really critical.”

When asked if she felt frustrated over Trump’s various attempts to undo key Obama policies, Solis said he was “trying to rip the Band-Aid off with the sore.”

“And it hurts,” she added. “And the public knows that. And I think the American people are tired of it, and I think that’s why this is such an important race.”

Solis’ brief stop in Las Vegas included addressing the Nevada American Federation of Labor and Congress of Industrial Organizations’ annual conference at the Flamingo and speaking to campaign volunteers during a phone banking session at Biden’s Las Vegas office.