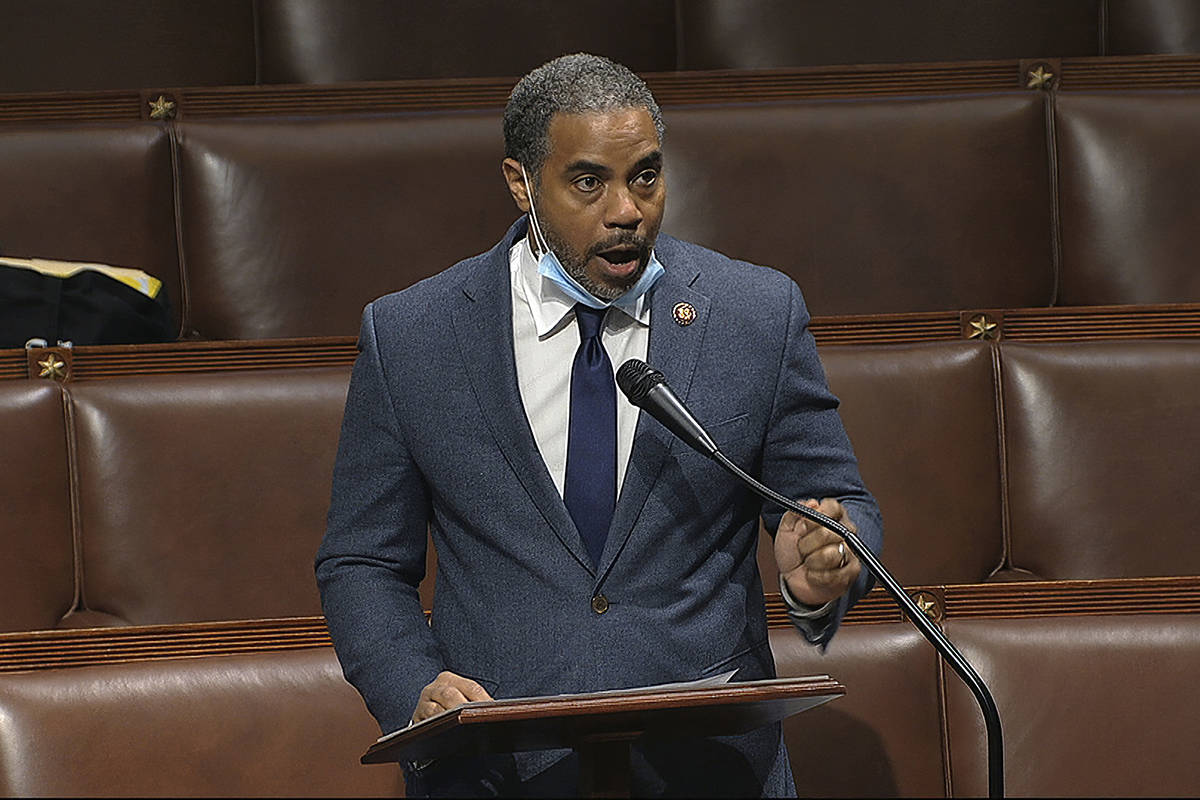 FILE - In this Thursday, April 23, 2020, file image taken from video, Rep. Steven Horsford, D-Nev., speaks on the floor of the House of Representatives at the U.S. Capitol in Washington. (House Television via AP, File)

As protests over the death of George Floyd continue throughout the country, Nevada Rep. Steven Horsford joined more than 40 fellow members of Congress in calling for the establishment of a commission to study “the effects of slavery, institutional racism and discrimination against people of color, and how our history impacts laws and policies today,” his office announced Wednesday.

“Communities across the country are mourning the death of George Floyd and the trauma inflicted by centuries of institutional racism against the Black community, and its allied communities of color,” Horsford said in a statement. “We must all come together to truly heal and transform our nation.”

Horsford has signed on to legislation proposed by fellow Congressional Black Caucus member Barbara Lee, D-Calif., to create the commission, whose goal will be working toward “permanently eliminating persistent racial inequities” that exist in America today. It will be officially introduced Thursday.

Earlier this week, Horsford cosponsored a resolution “condemning all acts of police brutality, racial profiling and the use of excessive and militarized force throughout the country.”

Protests over Floyd’s death at the hands of Minneapolis police stretched into their fifth night in Las Vegas on Tuesday.

Two officer-involved shootings, including one that left Las Vegas Metropolitan Police Department officer Shay Mikalonis gravely wounded, occurred as protests across Las Vegas were winding down Monday evening. Another protest based around UNLV proceeded peacefully and without major incident on Tuesday evening.