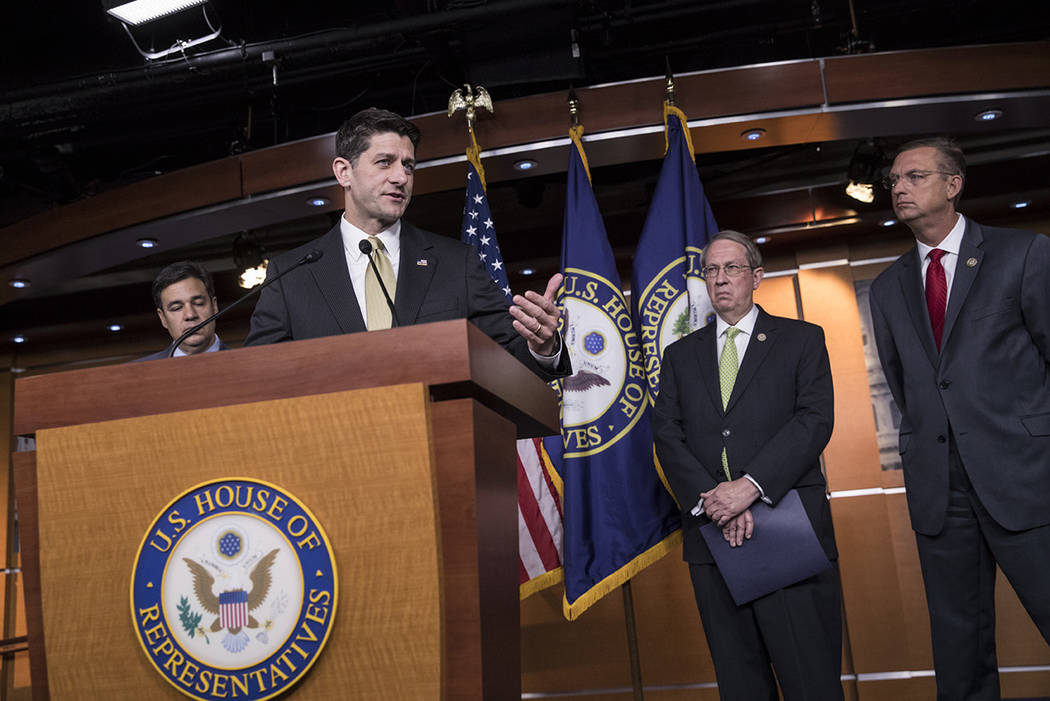 WASHINGTON — A bill that would allow non-citizens alleged to be gang members to be deported was passed by the House on Thursday over objections from Democrats that the legislation would unfairly target immigrants.

He said the Criminal Alien Gang Member Removal Act would give law enforcement the tools to deport violent street gangs, like the Los Angeles-based MS-13 organization.

But religious, civil rights groups and minority rights organizations said the broadly written bill would deny due process to immigrants who have not committed a crime, target minority populations for enforcement and put faith-based workers at risk.

The bill, introduced just last week and brought to a full House vote without a committee hearing, was passed, 233-175, mostly along party lines with 11 Democrats voting in favor of the legislation.

“A vote for this bill is a vote to attack, profile and deport immigrants,” Titus said.

Titus said she stood with the Congressional Hispanic Caucus in opposition to the sweeping provisions that could allow law enforcement to “target nuns, ministers, rabbis, humanitarian workers, and others who harbor immigrants who are often fleeing danger.”

Although the Hispanic Caucus opposed the bill, Kihuen and three other caucus members voted for the legislation. Through a spokesman, Kihuen declined to comment.

The bill is unlikely to pass in the Senate, where Republicans hold a slim 52-48 majority and would need 60 votes to block a Democratic filibuster.

The vote in the House comes as leading Democrats and Trump are debating legal protections for undocumented immigrants who were brought into this country illegally.

About 800,000 undocumented immigrants were granted protections under the Obama-era program known as the Deferred Action for Childhood Arrivals, or DACA.

Trump said he would rescind the protections, but gave Congress six months to find a legislative remedy in a comprehensive immigration reform bill.

Trump has insisted that border security be a strong component of any immigration reform bill.

“We’re working on a deal for DACA, but a lot has to do with the amount of security,” Trump told reporters on his return to the White House from Florida.

“Ultimately, we don’t want them to obstruct,” Trump said of Democrats.

Trump wants a wall along the U.S.-Mexico border, an issue that has brought opposition from Democrats and some Republicans.

Rep. Bob Goodlatte, R-Va., a co-sponsor of the House bill that passed Thursday, said law enforcement needs the deportation law to crack down on street gangs.

The legislation defines gangs as five or more people with the primary purpose of committing felony crimes like drug and human trafficking.

Labrador said Democrats often talk about cracking down on crimes committed by undocumented immigrants, “but our friends on the other side don’t want to do anything about it.”

Lofgren and Democrats said the bill was so loosely written that it would lead to deportation for people with no association to gangs.

Democrats said the bill would also deny admission into the United States of people, including relatives of U.S. citizens, based on mere belief of an association with gangs or criminal activity.