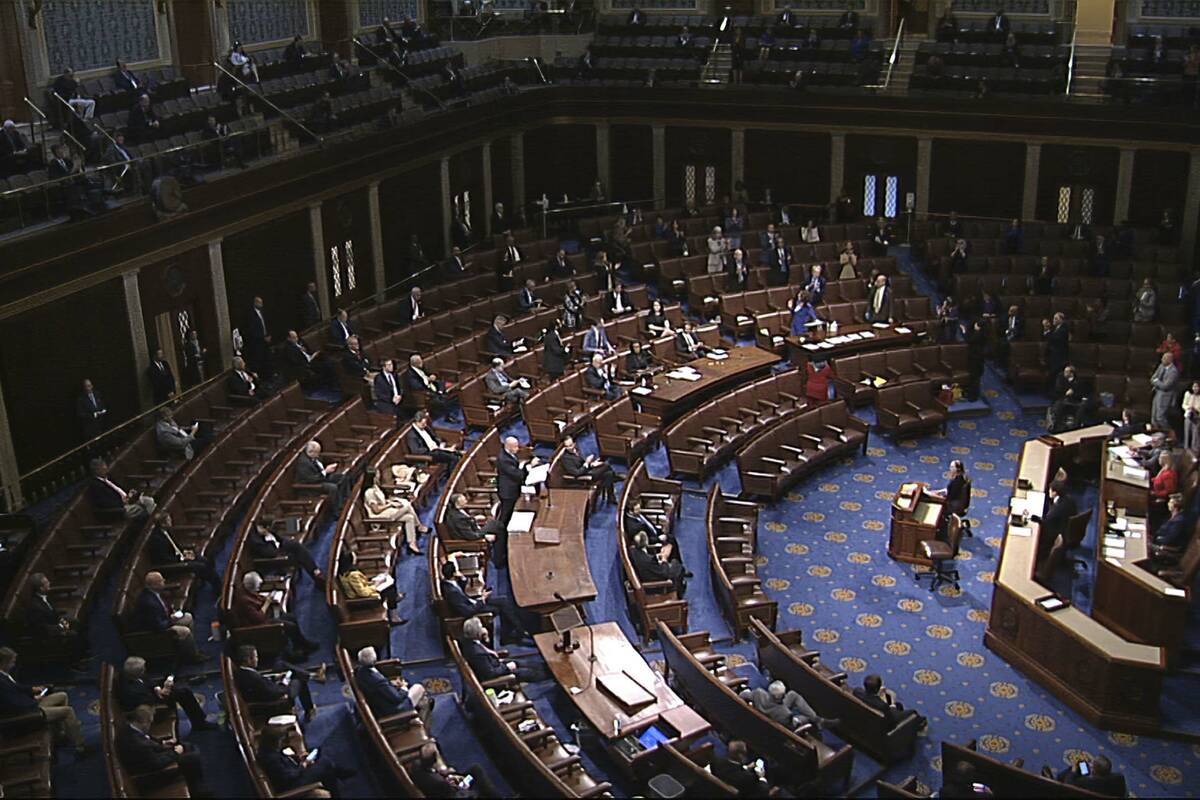 The House voted 424-3 to pass legislation modeled after Nevada laws to provide confidentiality to law enforcement officers and first responders who seek and participate in mental health counseling. (House Television via AP)

WASHINGTON — Bipartisan legislation modeled after Nevada laws to provide confidentiality to law enforcement officers and first responders who seek and participate in mental health counseling was passed overwhelmingly in the House on Wednesday.

The House voted 424-3 to pass the legislation that Sen. Catherine Cortez Masto, D-Nev., said would get law enforcement officers the “mental health support they need and deserve.”

The bill, introduced by Cortez Masto and Sen. Chuck Grassley, R-Iowa, was passed in the Senate in June by unanimous vote.

Following the House vote, it now goes to the White House for the president’s signature.

“This bipartisan legislation will provide officers in Nevada and across the country with quality and confidential mental health counseling services, helping save lives and reduce the stigma around seeking help,” Cortez Masto said in a statement.

Reno has implemented peer counseling programs, noted Cortez Masto, a former Nevada attorney general and federal prosecutor. She said she hopes those programs will be replicated in other communities across the state.

Grassley said law enforcement officers sacrifice so much to keep communities safe, “and they often endure challenging and traumatic situations in the process.”

Grassley used his position as ranking Republican on the Senate Judiciary Committee to help shepherd the legislation through the panel and onto the Senate floor, where Cortez Masto received support from Democratic leadership to pass the bill.

The White House has signaled no opposition to the legislation backed by Democrats and Republicans, alike.

It, too, received bipartisan support and was signed into law last year by then-President Donald Trump.