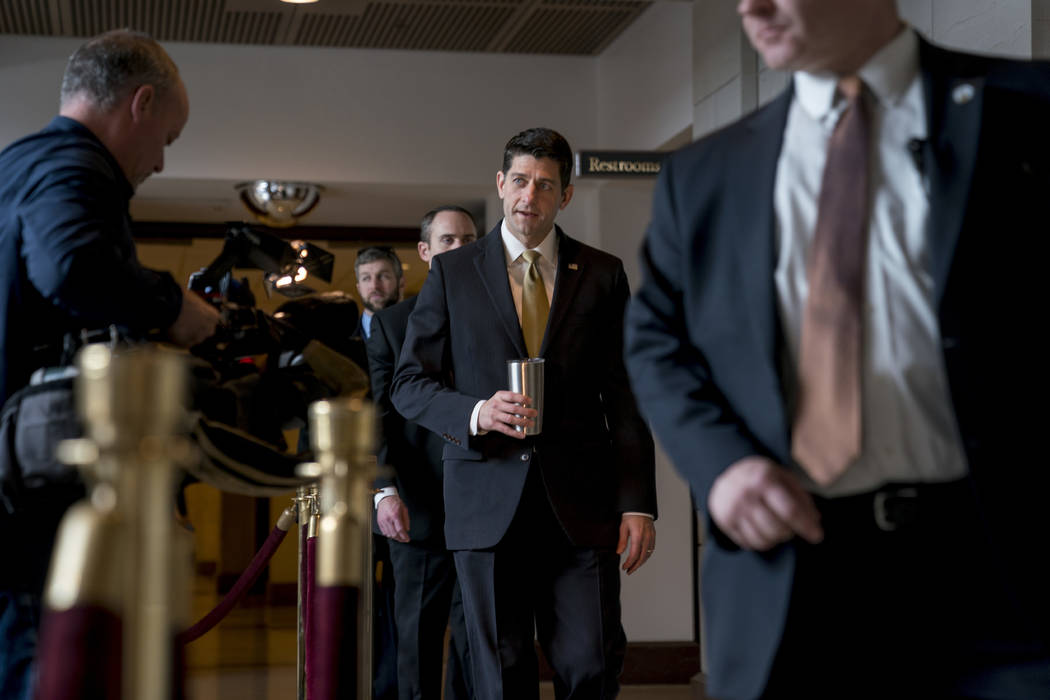 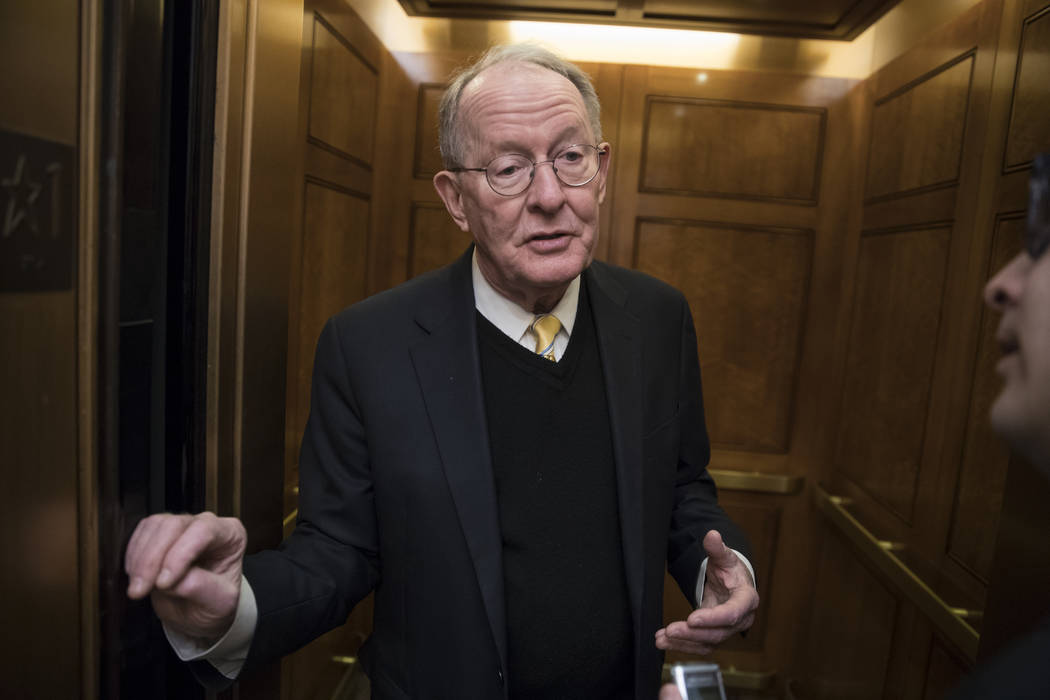 Sen. Lamar Alexander, R-Tenn., chairman of the Senate Health, Education, Labor, and Pensions Committee, pauses for a reporter's question at the Capitol in Washington, as Congress moves closer to the funding deadline to avoid a government shutdown, in Washington, Thursday, Jan. 18, 2018. (J. Scott Applewhite/AP) 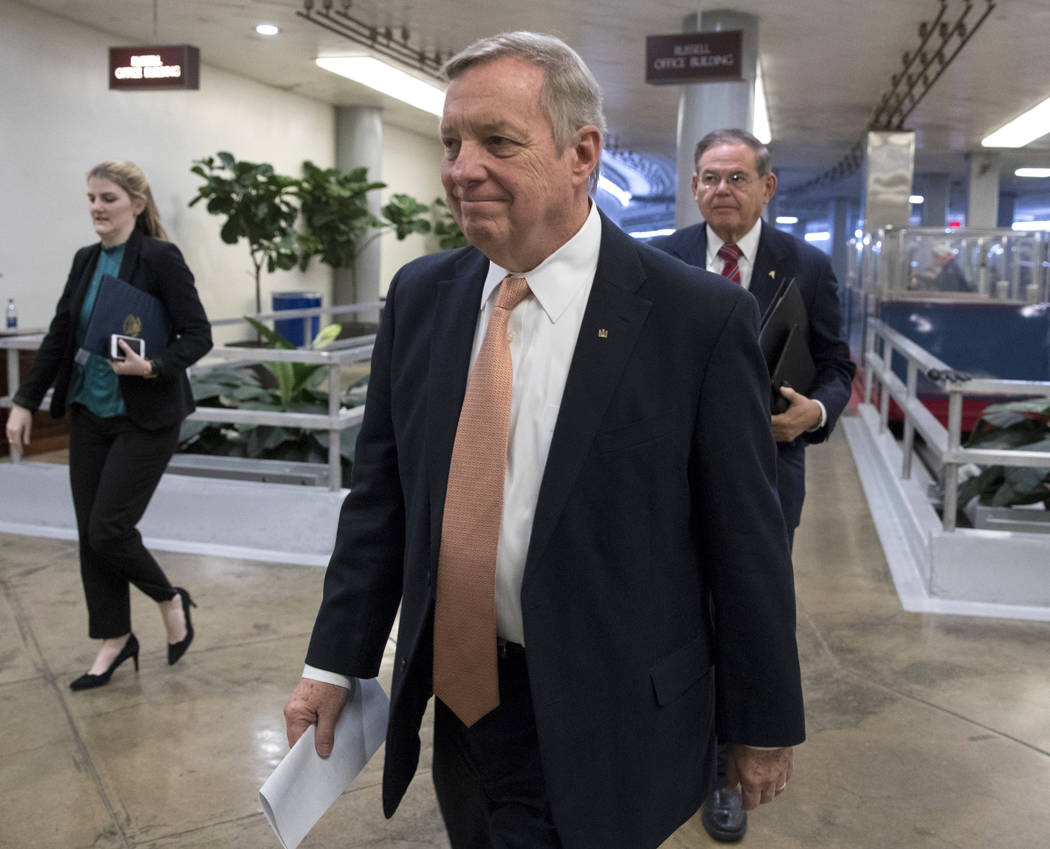 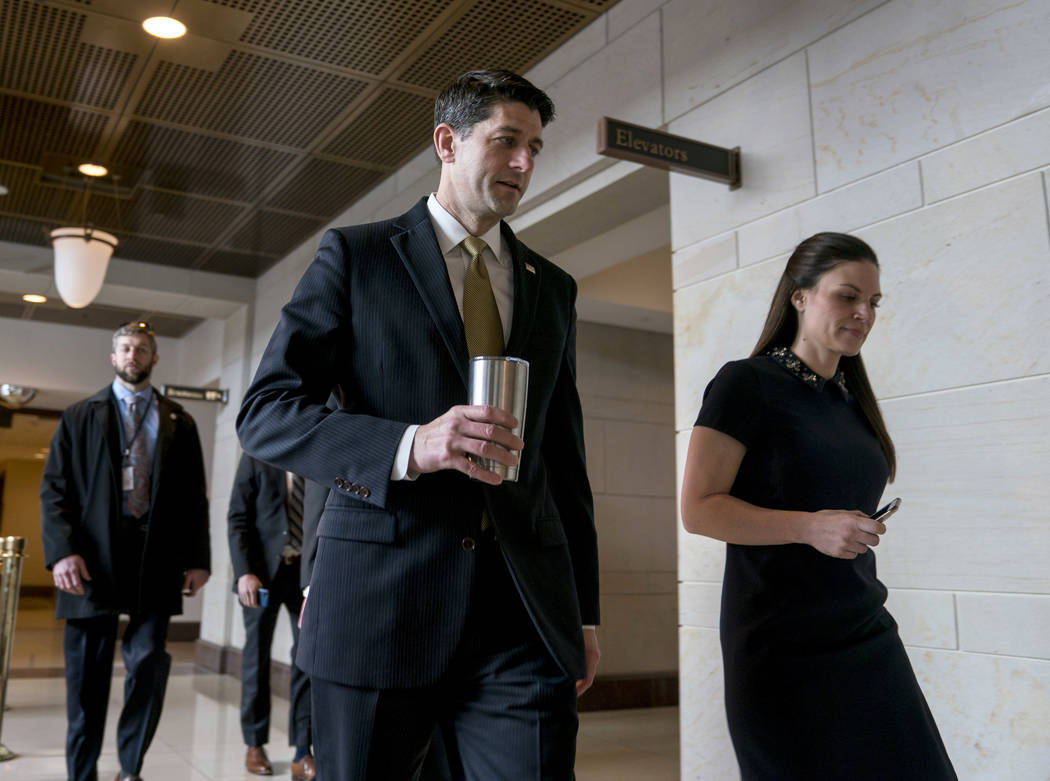 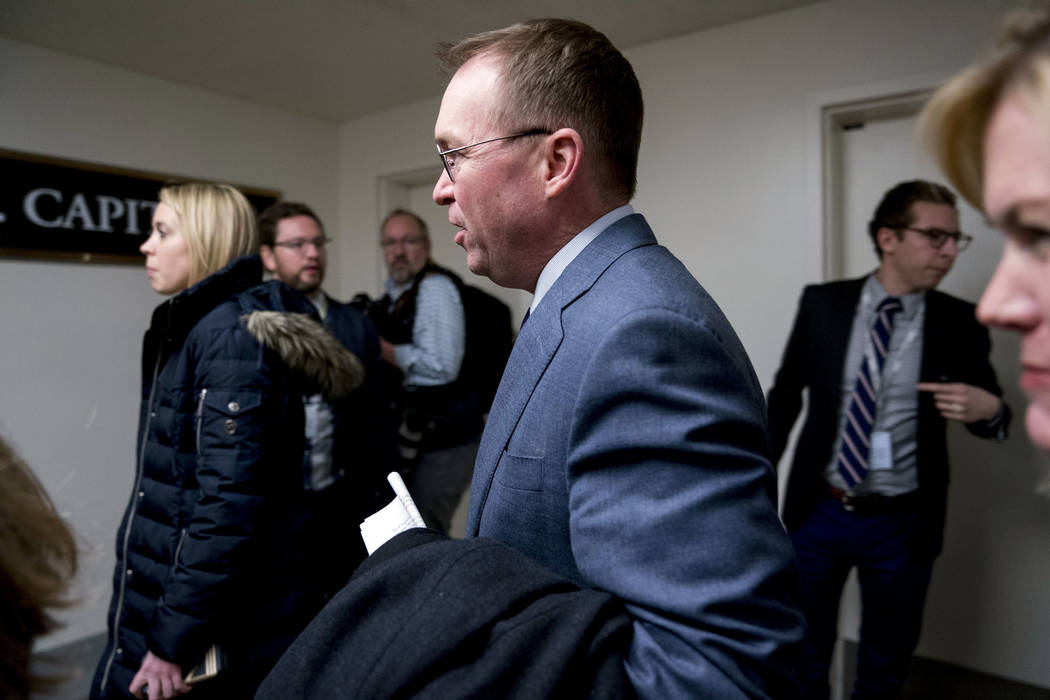 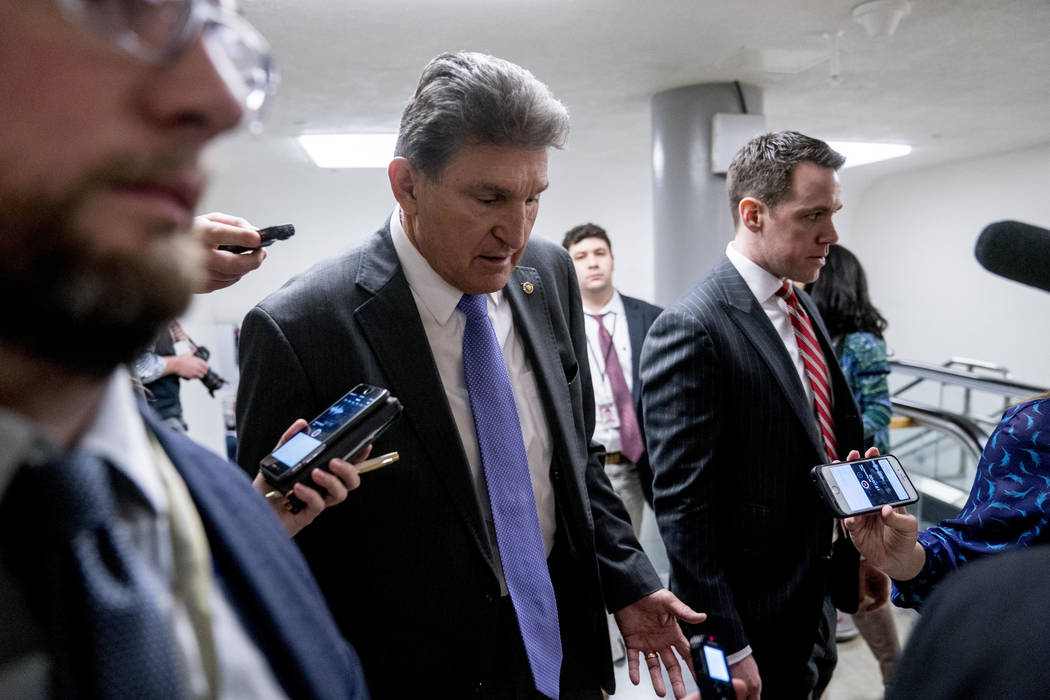 Sen. Joe Manchin, D-W.Va., speaks to reporters as he walks towards the Senate as Congress moves closer to the funding deadline to avoid a government shutdown on Capitol Hill in Washington, Thursday, Jan. 18, 2018. (AP Photo/Andrew Harnik)

WASHINGTON — A government shutdown loomed larger despite House approval of a stopgap spending bill late Thursday, as Senate Republicans acknowledged they lacked the votes needed to pass the measure before the Friday midnight deadline.

The House vote 230-170 to pass the continuing resolution that keeps the government funded until Feb. 16 at fiscal 2017 levels.

The vote moved the measure to the Senate, where Democrats appeared to have a sufficient number of votes to block the bill.

Republican leaders attempted to lure Democrats to support the bill by including a six-year reauthorization of the Children’s Health Insurance Program, which provides services for 9 million children nationwide, including roughly 40,000 in Nevada.

But Democratic leaders continued to demand a legislative remedy for undocumented immigrants who were illegally brought into this country as children as well as increased spending on domestic programs as the price for their support.

A frustrated Senate Majority Leader Mitch McConnell, R-Ky., said Democrats do not oppose “a single thing in this bill,” but were buckling to demands of Democratic leaders. He planned a series of votes designed to politically pressure vulnerable Democrats in states that President Donald Trump won in 2016.

Politico also reported that McConnell was prepared to keep the Senate in session through the weekend if necessary.

But Democrats said they were tired of passing short-term spending bills, and demanded more funds to battle the opioid epidemic, veterans health care and other domestic programs.

The stopgap bill would be the fourth short-term measure passed since the 2018 fiscal year began Oct.1, 2017.

Senate Minority Leader Chuck Schumer, D-N.Y., compared Trump and McConnell to the comedy duo “Abbott and Costello” for what he called the Republicans’ fumbling attempt to govern while controlling the White House, House and Senate.

In the Senate, Democrats have so far remained united in opposition. Republicans hold a razor-thin 51-49 majority in the Senate, and need 60 votes to overcome parliamentary maneuvers and stop a filibuster.

Democrats are under pressure from immigration advocates to use their political leverage and get a legislative remedy for the Deferred Action on Childhood Arrivals, or DACA, which shields children who arrived here illegally from deportation.

Trump ended the DACA program, initiated by the Obama administration, in September, but gave Congress six months to provide a legislative fix. A federal judge in California this month put Trump’s order on hold as various lawsuits over the move play out in the courts.

The DACA program protects about 800,000 undocumented immigrants nationwide, including more than 16,000 in Nevada.

Sen. Catherine Cortez Masto, D-Nev., the first Latina to serve in the Senate, has argued that Democrats should use their leverage to get a deal on immigration reform. Despite her stance, her office was targeted by immigrant advocates protesting Congress’ failure to act.

“Despite the Democrats’ political spectacle, I’m pleased that the House ultimately passed the continuing resolution,” he said Thursday.

Republicans, Democrats and the White House are separately negotiating an immigration package that includes DACA, border security funds, and end to the diversity visa lottery and reductions in chain migration.

But Trump cast those efforts into disarray earlier this week when he allegedly referred to Haiti and African nations as “s—-hole” countries.

A senior administration adviser said Thursday that Trump is nevertheless working with lawmakers on both sides to find reach an agreement on immigration reform, and new two-year budget caps that would increase defense spending.

States also have been clamoring for Congress to act to reauthorize the CHIP program since funding expired on Sept. 30.

Nevada has received a redistribution of unspent CHIP funds to keep its programs running until February.

A government shutdown would not impact military and Postal Service employees, and Social Security and Medicare benefits would continue to be paid, according to the administration officials.

But non-essential service, that include national parks and monuments, and non-essential federal workers, would be furloughed until Congress passes legislation to resume spending.