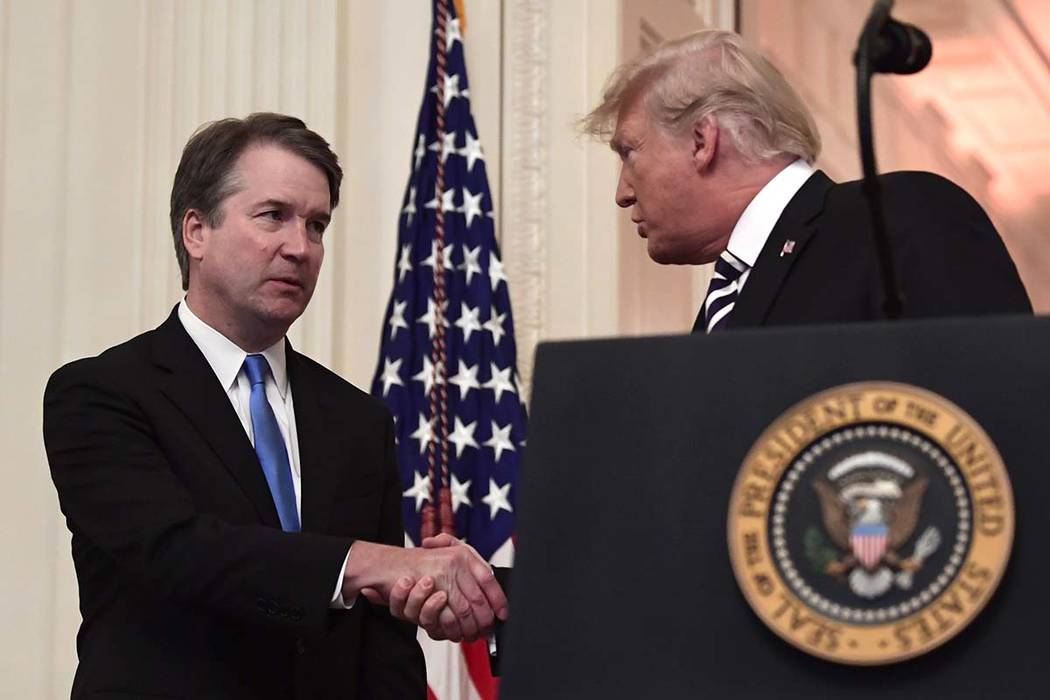 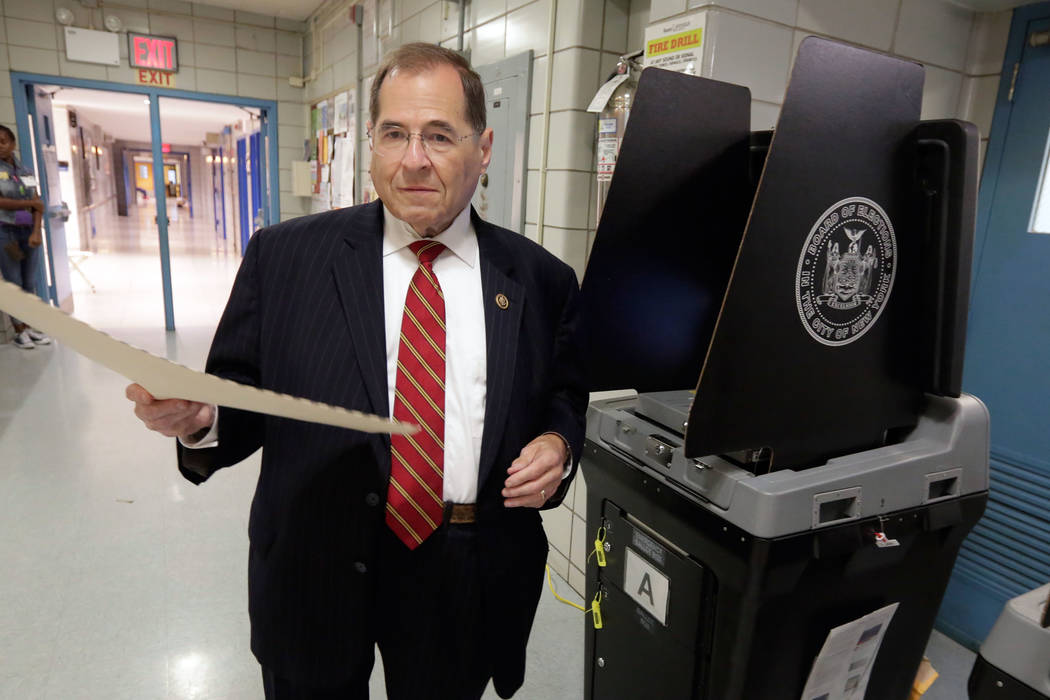 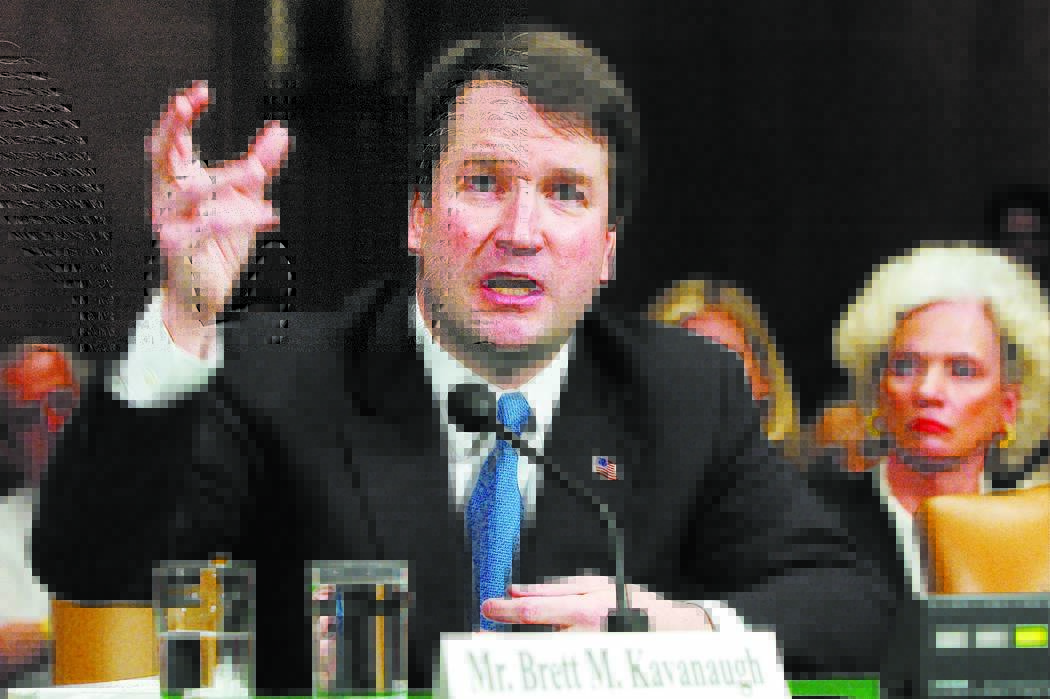 WASHINGTON — The midterm elections are weeks away but already progressive activists are calling for Democrats to impeach newly installed Justice Brett Kavanaugh if they take the House in November.

Rep. Jerrold Nadler, D-N.Y., who would become chairman of the House Judiciary Committee if Democrats win the House, has said that he would launch an investigation into accusations that Kavanaugh committed sexual assault, as well as into the one-week FBI probe into sexual misconduct accusations that preceded his Senate confirmation vote.

A committee investigation could be the first step in the path to a vote on impeachment.

“If he is on the Supreme Court, and the Senate hasn’t investigated (Kavanaugh), then the House will have to,” Nadler told ABC. “We would have to investigate any credible allegations of perjury and other things that haven’t been properly looked into before.”

The progressive organization, CREDO Action, already has gathered close to 200,000 signatures for a petition to remove Kavanaugh from the Supreme Court.

Republican organizations are using the impeachment threat to raise money and gin up their own base. In recent e-mails, GOP officials have used the controversy to suggest Democratic candidates in Nevada and elsewhere would join the cause.

Under the Constitution, the House of Representatives has the power to impeach by a majority vote; the Senate has the authority to conduct a trial and convict impeached federal judges by a two-thirds majority.

According to Douglas Keith of the nonpartisan Brennan Center for Justice, the House has impeached 15 judges — an average of one every 14 years — since 1803, “and only eight of those impeachments were followed by convictions in the Senate.”

Only one Supreme Court justice has ever been impeached. In 1804 the House impeached Justice Samuel Chase on charges of being too partisan and the Senate acquitted him in 1805.

Even if the House impeached Kavanaugh, there is “zero chance” of the Senate convicting him, said University of Virginia Law School professor Saikrishna Prakash.

Democrats need to pick up 23 additional seats nationwide to take control of the House. In the Senate, they need to pick off two seats from Republicans without losing any.

Recent polls indicate a likelihood that the House will flip to Democratic control in November, but the Senate will remain under GOP control. Even if Democrats won the Senate, they’d have to convince enough Republicans to convict to get to 67 votes.

Both Democrats and Republicans have used the confirmation vote to raise money and bash their opposition. Democrats frame the Senate’s confirmation vote after a one-week investigation as anti-women. President Donald Trump points to Capitol hecklers to argue the left has become too extreme and dangerous to govern.

Rep. Jacky Rosen, D-Nev., who is challenging Heller’s re-election bid, said she would have opposed Kavanaugh if she were in the Senate. After Heller voted to confirm Trump’s nominee, Rosen faulted the Nevadan for calling the sexual assault accusation “a little hiccup” — a sign, she said, “that he’s clearly out of touch with Nevadans.”

Contacted by the Review-Journal about her position on impeachment, the Rosen campaign said: “Congresswoman Rosen opposed Kavanaugh’s confirmation, but that’s not something she supports. She’s focused on winning her race and taking back the Senate, so that she can be a voice for protecting the future of the Supreme Court going forward.”

Rep. Dina Titus, the dean of the state’s Democratic delegation, came out in favor of a House investigation that could lead to impeachment.

“One of the main responsibilities of the Congress is to serve as a check on the executive and judicial branches of government, something that Republicans have refused to do,” she said. “Should House Democrats take the majority, we will certainly resume this important function. Any question about impeachment would only follow serious investigation.”

Democratic congressional candidates Susie Lee, who is running for Rosen’s seat, said she did not support impeachment of Kavanaugh.

“No, I do not believe in using impeachment as a tool to remove judges I disagree with politically,” Lee said.

Democrat Steven Horsford, who is running for the seat being vacated by Rep. Ruben Kihuen, did not respond to Review-Journal requests for his position.

“It’s easy for someone who’s in a safe seat to say this,” Prakash said of Democrats who support impeachment, but Democrats who won by narrow margins have cause to fear the i-word. An ugly impeachment fight could cost moderates from either party their seats.

And it could backfire on pro-impeachment politicians as Republicans learned in 1998 after they voted to hold impeachment hearings against President Bill Clinton for lying about an affair with a White House intern. That year, for the first time in more than a century, the party in the White House picked up seats in its second midterm election.

Even if the Democratic establishment wants to pull back from what some voters could see as an inquisition, party leaders may have no choice but to move forward. As Prakash noted, “If the base tells you you have to do something, then you sort of have to do it.”

NOTE: This story was updated with quotes from Reps. Rosen and Titus stating their position on the issue.