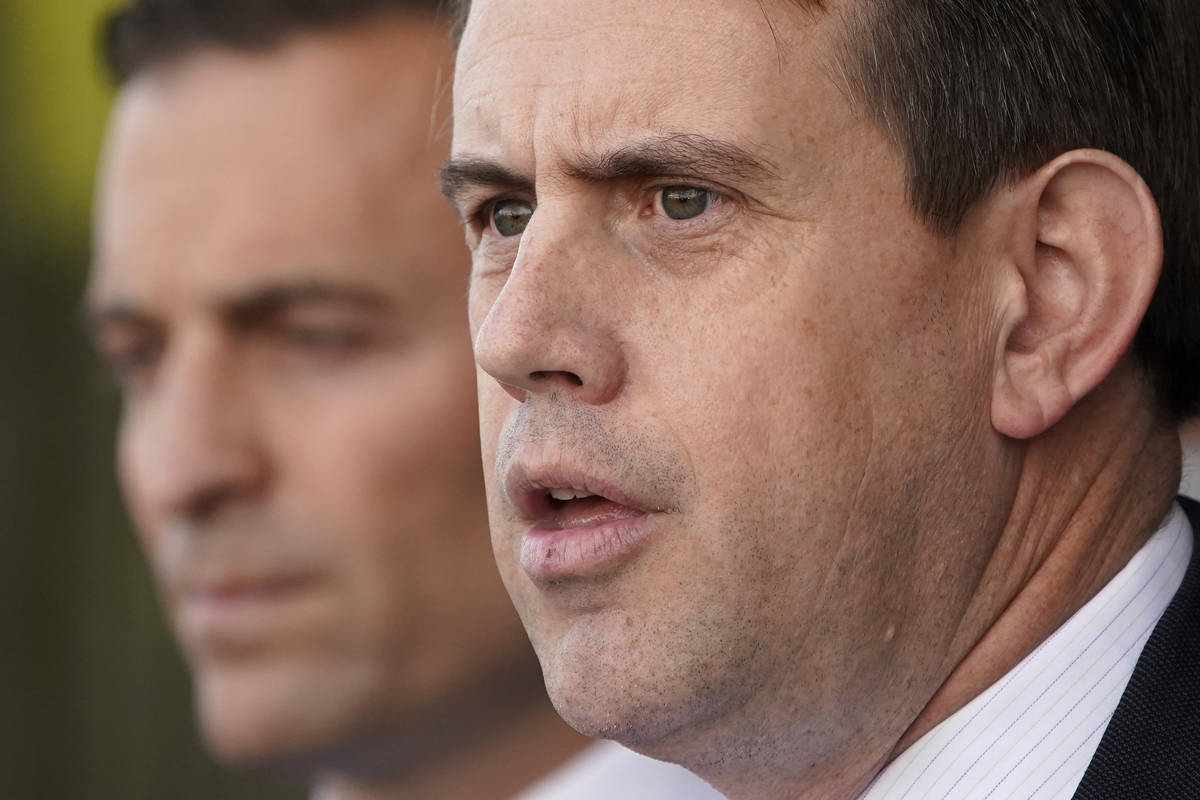 A Carson City District Court judge will rule Friday on an attempt by President Donald Trump’s campaign to overturn the state’s presidential election results and bar electors for President-elect Joe Biden from formalizing his victory when the Electoral College meets this month.

Judge James Russell heard arguments in the case Thursday but did not make a determination, saying he needed the evening to review the evidence cited in both campaign attorneys’ arguments to decide. He pledged to issue a ruling on Friday.

“It is important for all Americans to have confidence that their government officials have conducted a fair, open and free election with every vote filed legally and counted honestly,” Russell said to open the hearing.

Trump’s proposed slate of electors filed the challenge last month against Biden’s proposed electors, who were confirmed as Nevada’s representatives in the Electoral College when the state certified the election last week.

Biden’s official margin over Trump in Nevada was 33,596 votes, or about 2.4 percentage points.

Out-of-state attorneys Jessie Binnall and Kevin Hamilton, representing the Trump and Biden electors, respectively, were each given an hour to make their arguments Thursday.

Binnall opened by claiming a number of voter irregularities, including tens of thousands of instances of alleged fraud.

He would eventually spell out exact numbers prepared by his proposed expert Jesse Kamzol, a former chief data officer for the Republican National Committee: 8,111 Nevada votes cast from fake addresses, 15,681 from voters listing vacant or commercial addresses, 1,506 ballots cast by dead people, 19,218 by voters who do not live in Nevada and 42,284 double votes.

Hamilton challenged Kamzol’s expertise, saying he lacked any history of testifying as an expert or the proper educational background and did not follow accepted statistical practices in his work.

Hamilton, who has successfully quashed several other GOP attempts to reverse Nevada election results, further argued it was not enough to allege improper voting by categories of people. There must be specific names, and the contestants must be able to prove that the improper votes either improved Trump’s total or reduced Biden’s by an amount sufficient enough to reverse the results, he said.

“The contest fails to name even a single voter who cast an unlawful vote,” Hamilton said.

Russell also questioned Binnall on this point, agreeing that Trump’s campaign must be able to prove who the improperly cast ballots went to.

Binnall disagreed, saying the Trump electors needed only to prove a number of improper votes equal to or greater than the margin of victory. Because ballots are secret, Binnall argued it was not possible to prove who any voter selected in any contest.

Hamilton also noted that Kamzol’s numbers do not take into account that Nevada law allows for voters to maintain residency in the state while living somewhere else temporarily for reasons such as military service, college attendance, medical emergency or vacation/seasonal home use.

He added that votes by dead people may even be valid, provided they were alive when they cast their ballots.

According to Binnall, one worker claimed that USB drives used to store vote totals were showing different figures in the morning than what was reported the previous night.

Hamilton countered by saying the same worker admitted to having no evidence the electronic vote totals and paper backups used to audit them showed any discrepancy in the vote totals.

Another said she saw people filling out ballots in a “Biden-Harris van” near an early voting site, Binnall said.

Binnall said other workers claimed voters were allowed to register or vote provisionally without proper identification, saying an appointment with the Department of Motor Vehicles was accepted as sufficient proof of residency when state law requires a Nevada ID for same-day registration.

Hamilton argued there was no evidence submitted that could back up these claims or prove that, if true, the ballots in question were counted.

Binnall also repeated several claims, including that Clark County improperly used a machine to verify signatures, that have been litigated in previous GOP lawsuits. Hamilton pointed to several recent rulings against Trump or Republican candidates as reasons to reject these arguments.

Hamilton, who had filed a motion to dismiss the case outright without hearing its merits, criticized and at times even mocked the evidence put forward by Trump’s attorneys, saying he doesn’t think even they take their claims seriously.

He claimed no court in the history of the United States has ever granted what the contestants are asking for — the reversal of a presidential election. He said Trump’s contest was part of a pattern of “baseless lawsuits by plaintiffs who simply can not accept the fact that their favored candidate lost the election to Joe Biden.”

“But that’s the decision the people of Nevada made and are entitled to make,” he added.

Binnall stressed that it was the court’s duty not to “turn a blind eye” on rampant and documented voter fraud.

“In one month, we have put together striking evidence that because of the lack of transparency — because things were rushed — this election was unfortunately stolen,” Binnall said.

In his final statement, Binnall said most of the alleged fraud took place in Clark County and implied that because Clark is heavily Democratic, the court could reach the conclusion that the fraud hurt Trump.

“We can not pretend that these sorts of irregularities and this vote fraud did not happen,” Binnall closed.

Russell then adjourned to review more of the hundreds of pages of depositions and other proposed evidence submitted in the case. He stressed he would render a verdict as soon as possible, given the high likelihood the defeated party would want to appeal before the Nevada Supreme Court.

All state election cases must be decided by Tuesday, as the Electoral College meets Dec. 14 to formally select the next president.