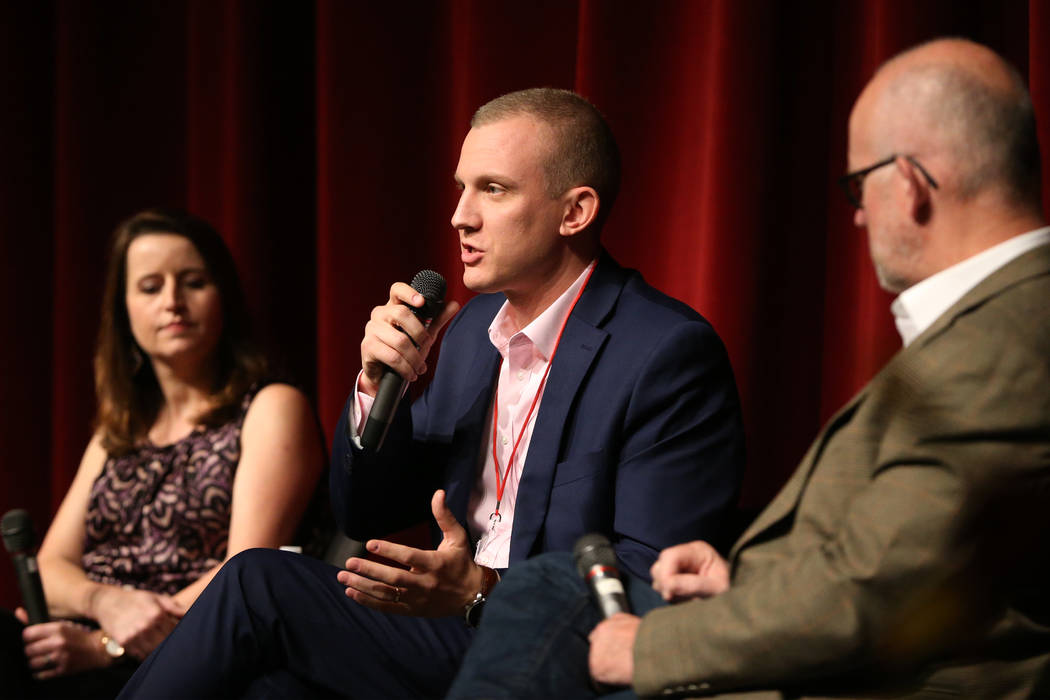 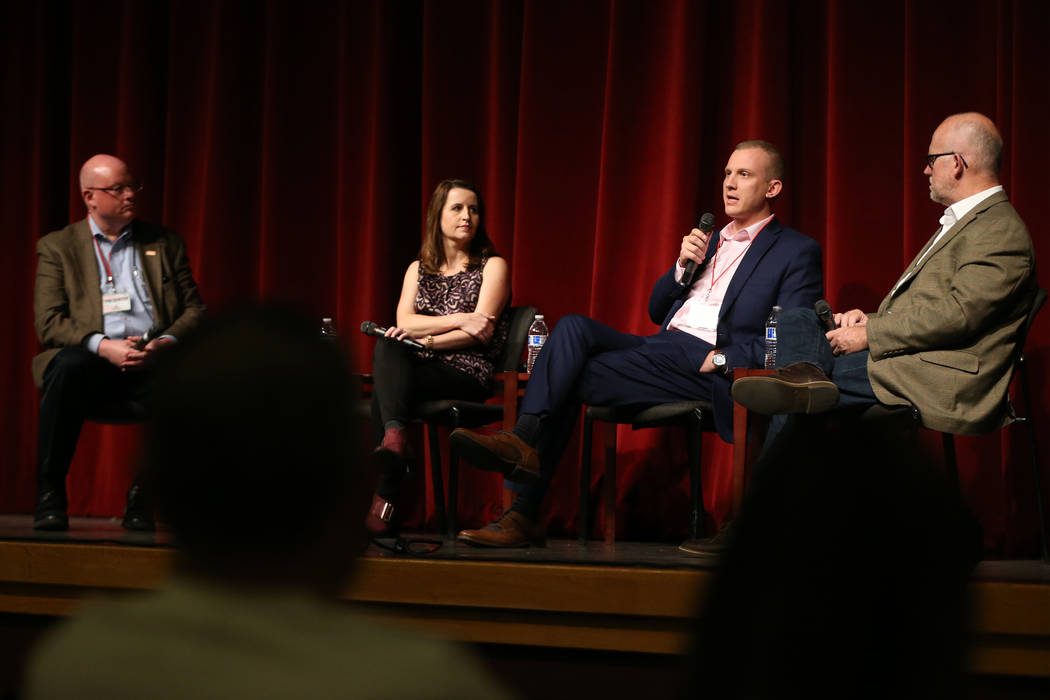 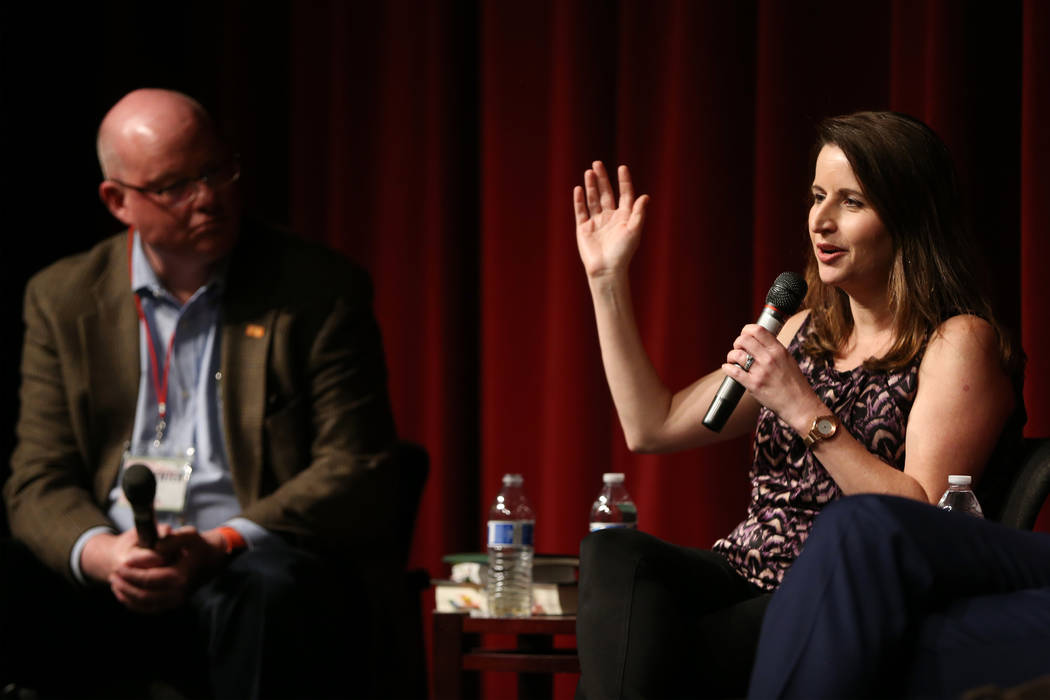 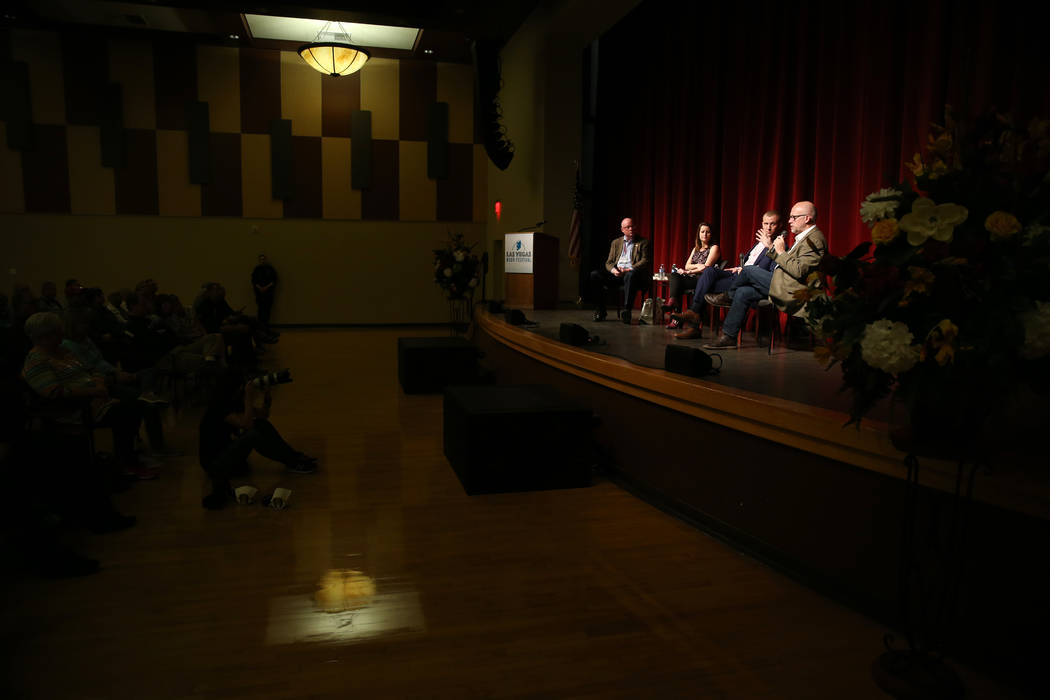 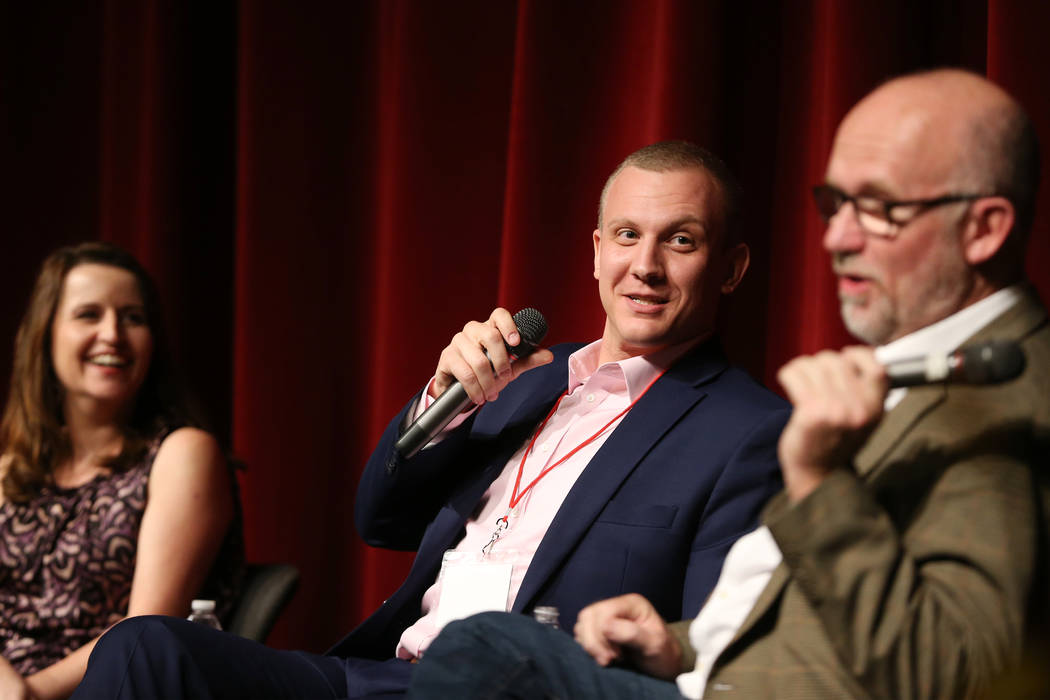 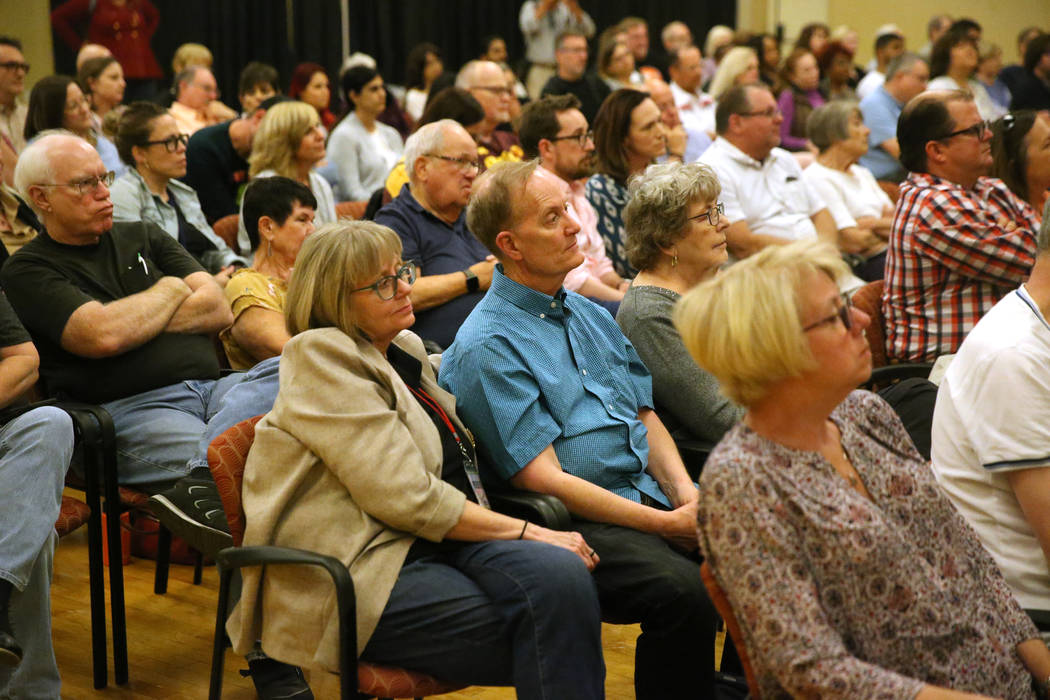 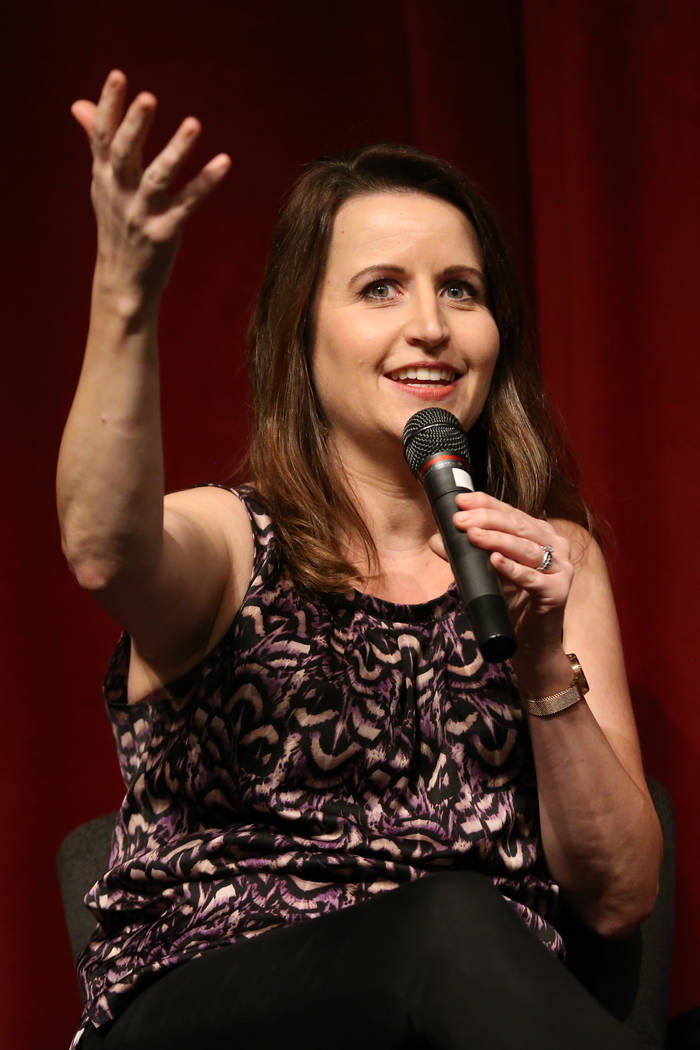 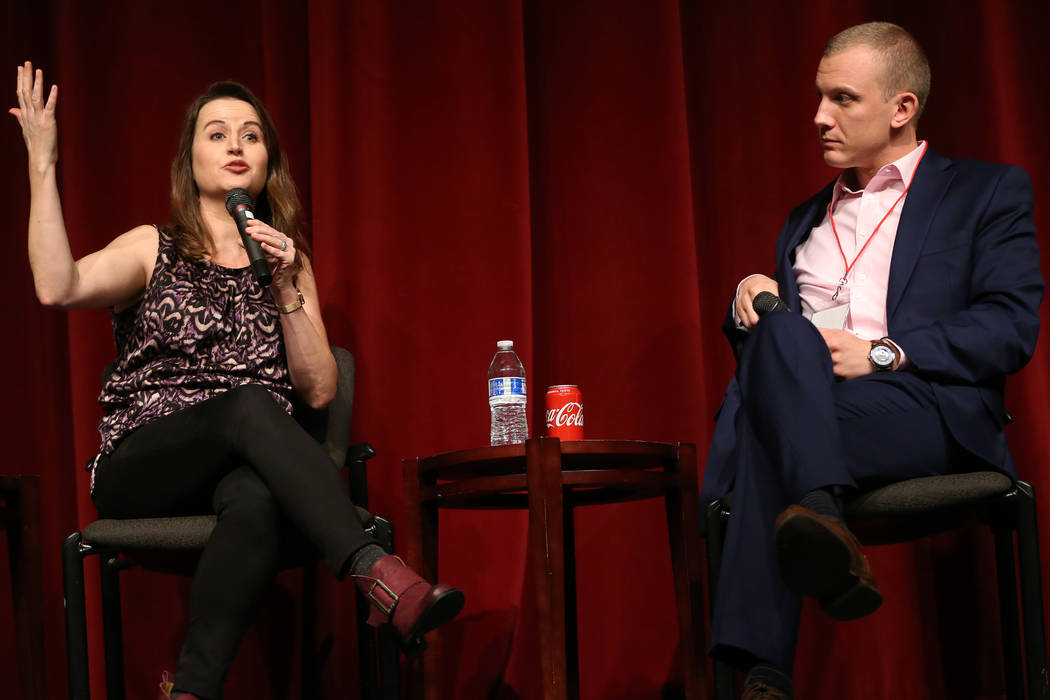 A political panel at the Las Vegas Book Festival on Saturday brought together three national political commentators to discuss the first three years of Donald Trump’s presidency, what factors led to his rise and what could happen in the 2020 election.

The trio agreed Trump’s rise should not have come as a surprise. Wilson and Alberta have both written books on the subject, and each noted many people from all over the country felt economic or cultural dissatisfaction with government in general.

Bellantoni, a longtime political journalist before moving into academia, said those same feelings of rebellion or resentment among conservatives had bubbled up before through the tea party movement earlier that decade. She likened the rallies of 2008 vice presidential candidate Sarah Palin, who was chosen to appeal to these more radical conservatives, to those of Trump’s campaign.

Alberta said he hears two “dangerously oversimplistic” and false beliefs quite often, even from Trump political rival and 2020 Democrat hopeful Joe Biden: that Trump is an anomaly, and that politics will “return to normal” after he leaves the White House.

“There are still a lot of guys like me who are clinging to Trump,” said Wilson, who spent 30 years as a Republican consultant. “They are not stupid. They are crafty and cunning and evil, and they will do whatever they have to do to win.”

Wilson said Trump’s team will appeal to moderate, white, suburban voters by telling them “you may not like Trump, but at least he’s better than the gay Sharia weddings the (Democratic nominee) wants” — even if that isn’t true. He added the president himself has “a feral cunning” in appealing to these voters.

The panel agreed that Trump’s support from evangelicals has paid dividends for both sides, as voters who admit to finding the president to be an amoral person are pleased with the steady approval of conservative judges who oppose LGBTQ rights and will, they hope, one day reverse abortion protections.

While much of the panel was critical of Trump’s moral and political decisions, they agreed that some of the more progressive Democratic ideas being floated in debates, particularly “Medicare for All,” could be devastating for the party’s hopes of toppling him.

Alberta believes many Democrats are hoping for a more moderate candidate, such as South Bend, Indiana, Mayor Pete Buttigieg or Minnesota Sen. Amy Klobuchar, over progressive Sens. Elizabeth Warren of Massachusetts or Bernie Sanders of Vermont for this reason.

Bellantoni noted an oversimplification in how many view the country politically.

“The country is a big place,” Bellantoni said. “It’s not as red as Republicans think, and it’s not as blue as Democrats think.”

The Review-Journal was a media sponsor of the Las Vegas Book Festival.