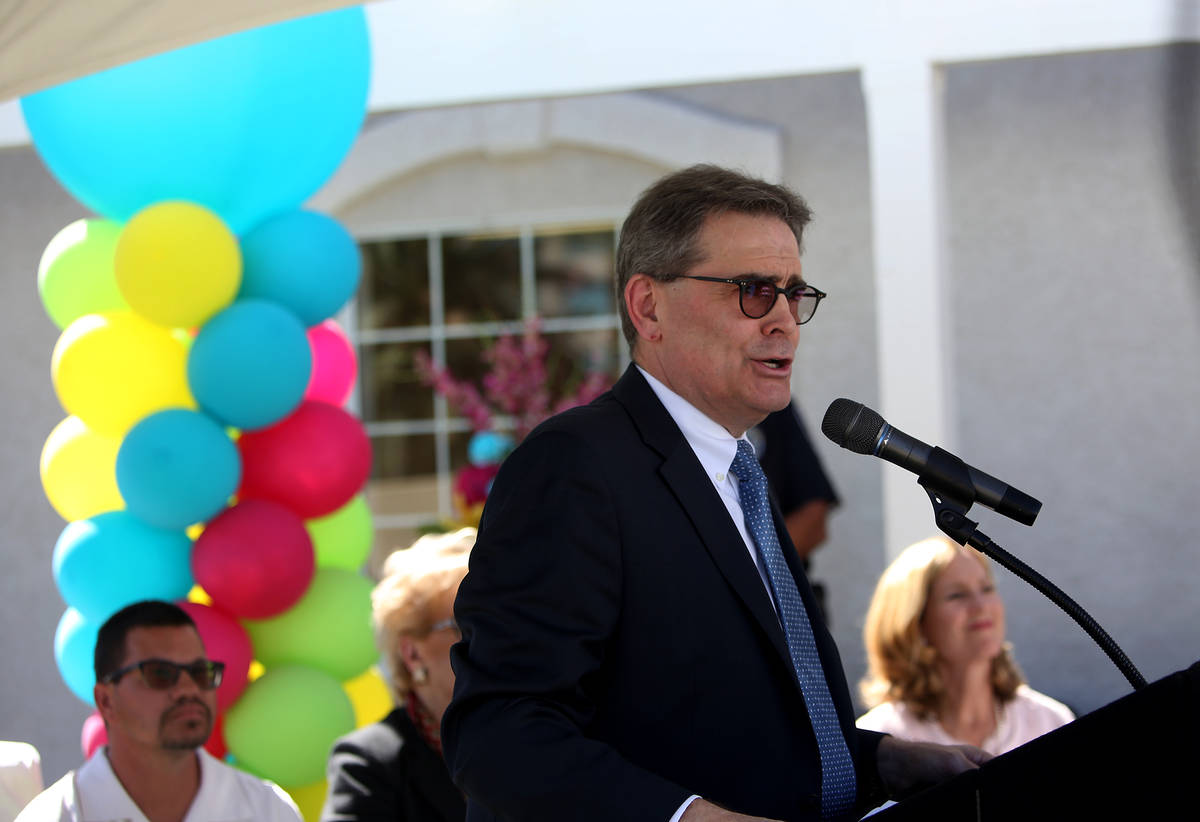 The list of hopefuls, confirmed Tuesday by city spokesman Jace Radke, are not unexpected after the City Council decided last month to skip an outside recruitment in favor of keeping the search internal. Among current top city executives, only Chief Financial Officer Gary Ameling did not throw a hat into the ring.

“Given the historic challenges the city of Las Vegas is currently facing, I think it is now more important than ever that the next city manager is someone who is able to hit the ground running, someone that not only has experience with how the city operates under good times but under hard times as well,” Councilwoman Victoria Seaman said on July 22, when city lawmakers unanimously opted for the in-house strategy.

Mayor Carolyn Goodman said then that she was concerned about a lengthier timeline in recruiting outside applicants, believing it necessary that the new city manager have time to work with Adams before he steps away Nov. 14.

Adams announced on July 8 that he would retire after three years as the city’s top administrator and more than four decades in local government.

The city council will now decide his replacement among the four internal candidates, who submitted their applications by the deadline Sunday, but it was not immediately clear how soon that discussion would appear on a council agenda.

Cervantes joined City Hall as a project manager in 1998. He now oversees operations and maintenance, parks and recreation and the city’s Development Services Center, according to his city biography.

Cervantes was previously the director of public works and is a licensed professional engineer in Nevada and Texas. He holds a bachelor’s degree in civil engineering and a master’s degree in business administration from the University of Texas at El Paso.

Hacker has prior experience as city manager, having been the top administrator in North Las Vegas from 2011 to 2013 and in Mesquite and Kewanee, Illinois, for a combined 14 years before that, according to his city biography. He oversees fire, public safety and municipal court departments in his present role.

Hacker was formerly the city’s director of parks and recreation. He holds a bachelor’s degree in community and regional planning from Iowa State University, and a master’s degree in public administration from Southern Illinois University.

Morris Hibbler has served in varying capacities since starting with the city in 1997, including a stint as director of the city’s Youth Development and Social Innovation Department, according to her city biography.

Morris Hibbler notably oversees the city’s homelessness prevention efforts and has spearheaded social initiatives involving re-entry for inmates, foreclosure prevention, emergency housing assistance and before- and after-school programs. She holds a bachelor’s degree in environmental studies and a master’s degree in public administration from UNLV, as well as a doctorate in public administration from the University of La Verne in Southern California.

Perrigo is the longest-serving city employee among the candidates, beginning his career at City Hall in 1994. He is now in charge of development-related departments such as planning, public works, and building and safety, and implementing the city’s sustainability efforts, according to his city biography.

Perrigo previously served as deputy director in administrative services and planning departments, and as a senior statistical analyst. He holds a bachelor’s degree in finance from the University of Northern Colorado and a master’s degree in economics from UNLV.