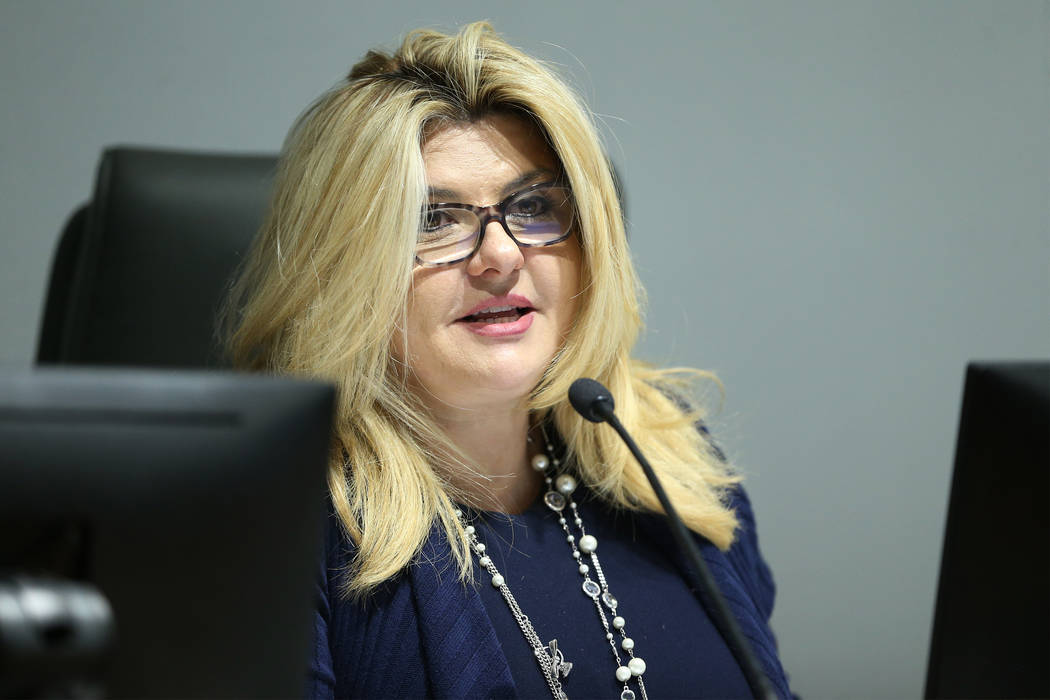 The investigative report commissioned by the Washington Legislature found that Republican Rep. Matt Shea’s actions before and during an armed takeover and standoff at Malheur National Wildlife Refuge in eastern Oregon in 2016 constituted “an act of domestic terrorism against the United States.”

Shea did not respond to a message seeking comment on Friday but vowed, “I will not back down,” before the report’s release Thursday. Democratic and Republican lawmakers have called for his resignation.

The 41-day armed standoff in Oregon led by Ammon and Ryan Bundy evoked the battle waged against federal land control two years prior on their father’s Bunkerville ranch. Fiore, a former Nevada assemblywoman, actively sided with protesters in both cases as she decried governmental overreach.

Less than a month before the Oregon standoff, the Coalition of Western States expressed support for the family in the middle of the land dispute, writing in a statement to reporters that federal land management agencies were grossly mismanaged.

COWS was founded by Shea, the report found, as part of “a strategy for leadership over future Patriot Movement armed resistance against the federal government.”

But organizers have said it represents more than 50 legislators and grassroots leaders, mainly in the Western states, dedicated to protecting private property owners from government overreach.

In the December 2015 statement to reporters, Shea was the chairman of COWS, and Fiore was listed as the Nevada coordinator, one of about a dozen top members.

The report accused Shea of engaging in counterintelligence in opposition to law enforcement, supporting the training of young people to fight a holy war and other acts it deemed tantamount to terrorism, and it also found that he often coordinated with other COWS members.

“Representative Shea and the actions of the COWS organization during the armed takeover and standoff at the Malheur National Wildlife Refuge constitute domestic terrorism,” the report said.

Not named in wrongdoing

Fiore is not explicitly named in any wrongdoing. When the report details her involvement by name, it is as a recipient of emails or materials from Shea. Fiore could not be reached for comment Friday and, through a city representative, said she had not seen the report.

Both Ammon and Ryan Bundy criticized the report, and Ammon Bundy denied that Shea had anything to do with planning the takeover. He wasn’t even sure, he said, whether either Shea or Fiore supported their method of protest.

Two days after the Jan. 2, 2016, armed takeover of the refuge in Oregon, Shea sent a “military-style planning brief” to 15 individuals, reportedly using code names. Fiore’s code name, according to the report, was listed as both “mambrosino” and “mabrosino.” The email discussed the standoff and offered talking points to reach a peaceful resolution and directed COWS members to essentially provide effective public relations.

In August 2016, after the standoff, Fiore, other elected officials, members of the Patriot Movement and religious leaders met in Washington state at an event disguised by organizers as a “family picnic,” according to the report.

All participants were secretly invited and again used code names, and she and other leaders were given a packet compiled by Shea, the report said. It included a large number of documents about food storage and ham radio instructions, ammunition volumes to obtain and store and more.

Shea also presented a four-page document he authored titled “Biblical Basis for War,” which advocated for killing any male who didn’t stop supporting same-sex marriage or oppose all abortions, according to the report. Another document titled, “Restoration,” outlined replacing the U.S. government with one that reflected theocracy elements, the report said.

When Fiore traveled to Oregon during the standoff, she worked with federal agents to de-escalate tensions. But others were not impressed.

“She’s not a hero,” Annette Magnus, executive director of left-leaning Battle Born Progress, told the Review-Journal at the time.

An earlier version of this story incorrectly referred to the number of members in COWS and what the “Biblical Basis for War” had advocated.