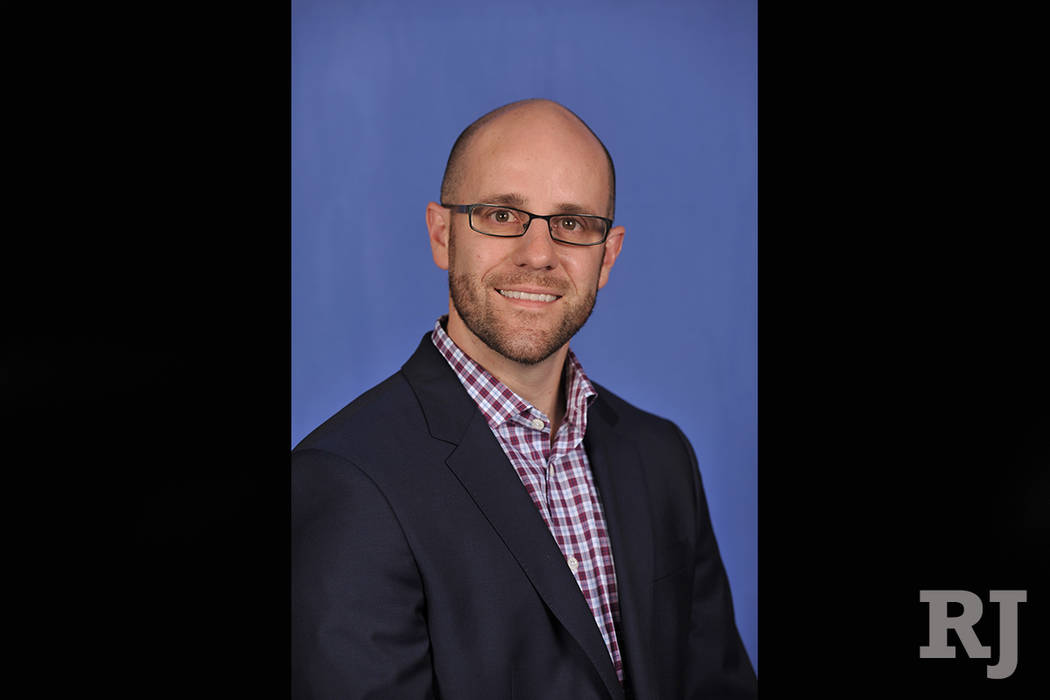 Former Las Vegas employee Brian Knudsen is plotting a return to city government — this time in the political arena.

Knudsen is launching a bid for the Ward 1 City Council seat, which will be an incumbent-free race in next year’s city election. Term limits will force Councilwoman Lois Tarkanian out of office next year. Tarkanian has represented Ward 1 since she won a special election in 2005.

The central Las Vegas ward is home to the city’s burgeoning medical district, and Knudsen would prioritize city infrastructure that allows for the expansion of the existing medical centers and future growth.

“I think that as the medical district develops, transportation is a huge issue,” Knudsen said. “Safe, walkable routes around our neighborhoods is an important piece of it.”

Particularly after his son spent a month at University Medical Center last year, Knudsen began to see an integrated health care model for children as “absolutely critical,” and he calls it a “dream” for a new children’s hospital to be built in the medical district. Pushing for an integrated mental health care system, including for Las Vegas’ homeless population, is another priority, Knudsen said.

“I think every elected official should be up in arms about the critical quality-of-life issues we have in our state right now,” he said.

Knudsen is a first-time political candidate who spent roughly nine years working for the city. He left in 2014 and now owns BP2 Solutions, a boutique consulting firm in downtown Las Vegas with a focus on nonprofits and education. Knudsen is a Salt Lake City-area native who has called Las Vegas home for 14 years.

“I believe I have an impact now doing what I do as a consultant working with nonprofits, and I think that the most impact I can have is sitting at that elected-official level, pushing the button yes or no, working to better relationships with the county, the state, and partnering with some of the nonprofit organizations that are serving our most vulnerable populations,” Knudsen said.

During his time with the city, Knudsen was heavily involved with Downtown Achieves, a program aiming to close education gaps and a precursor to the city’s Department of Youth Development and Social Innovation.

“There are people who say the city doesn’t belong in that space, but I disagree completely,” Knudsen said. “I think every elected official, regardless of the position they hold, should be standing up and fighting for the rights of children. I would love to sustain and grow what the city is doing.”

Knudsen supports a proposal to build light-rail system connecting hubs in the Las Vegas Valley, including the city’s medical district. He thinks the city should further clamp down on an issue Tarkanian elevated during her tenure — short-term rentals, which have stirred controversy as home-sharing platforms have gained popularity. The City Council passed a package of rules restricting short-term rentals city-wide.

“I think the city has taken good steps to mitigate the impact, I would take it further,” Knudsen said. “I don’t think businesses belong in residential districts.”

Knudsen is also vice chair for the Downtown Vegas Alliance and is vice president of the McNeil Neighborhood Association. He holds a master’s degree in public administration from the University of Southern California.

Knudsen is the first candidate to go public with plans to run for the Ward 1 council seat. In an annual contributions and expenses report filed with the Nevada Secretary of State, he reported raising $25,316 last year, and he loaned his campaign $5,000.

The filing period for candidates running for city offices is in early 2019, and the primary is in April.