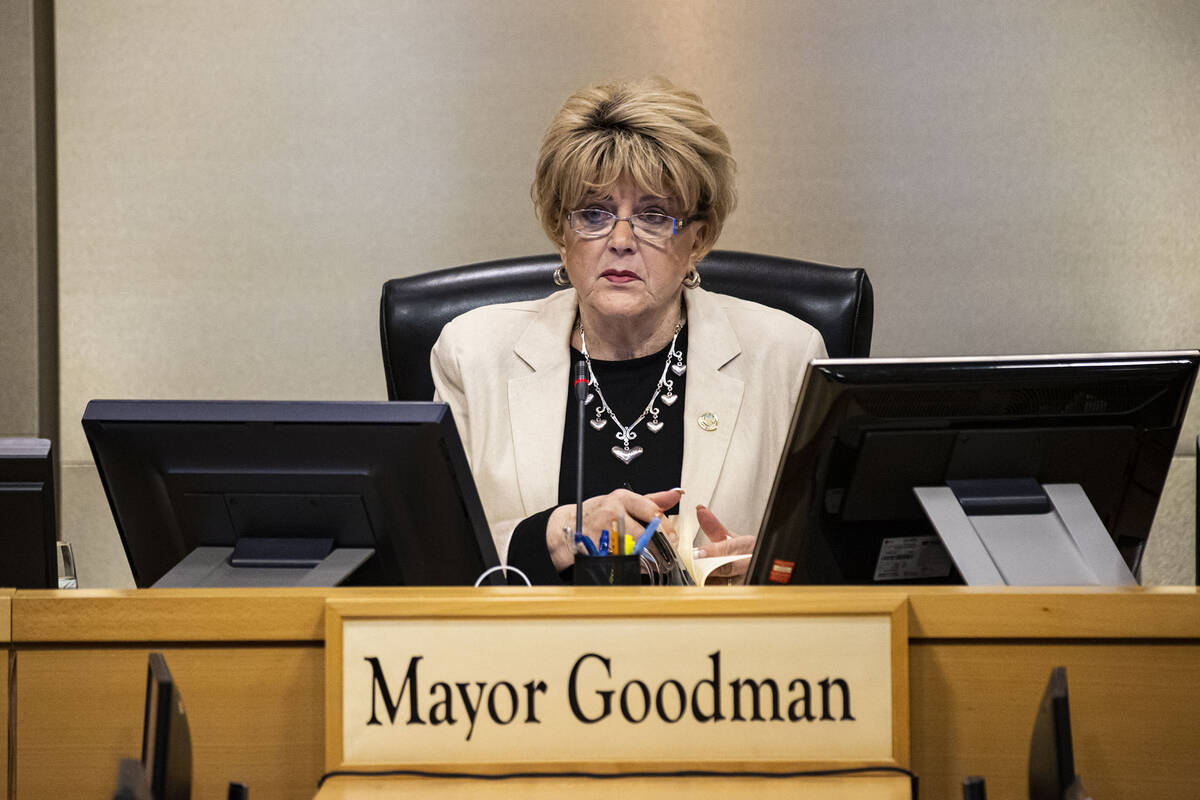 Las Vegas Mayor Carolyn Goodman said Monday she would welcome the opportunity for her city to host the 2024 Republican National Convention.

In a news release, the city said Goodman received a letter from the Republican National Committee asking if she would be interested in having Las Vegas host the three-day convention, where the presidential candidate for the Republican Party would officially accept the party’s nomination.

“To me, this request is not about politics, it’s about bringing millions of dollars in convention business back to our local economy,” Goodman said in a statement. “No one does conventions and conferences better than Las Vegas does, and our community is ready for this major economic boost.”

Although Goodman endorsed the bid for a convention, it would likely take place in Clark County, which has not received an inquiry from the Republican National Committee. People outside of Nevada often don’t realize that the city’s municipal boundaries don’t include the Strip, which lies in unincorporated Clark County.

Possible venues for the convention include the Las Vegas Convention Center, the T-Mobile Arena or Allegiant Stadium.

A city spokesman said the mayor wants the area as a whole to submit a formal bid to host the event.

Lori Nelson-Kraft, a spokeswoman for the Las Vegas Convention and Visitors Authority, said her agency has not been part of the discussions about the 2024 convention.

Las Vegas has never hosted a political convention, but the city has always touted itself as a prime destination for such an event. The city features hundreds of thousands of hotel rooms in close proximity to house convention delegates, guests and news media.

In 2019, Nevada Republican Party Chairman Michael McDonald made a strong pitch to the Republican National Committee to get the convention here, and even escorted the head of the Republicans’ site-selection committee around the city to review venues.

He released a statement after Goodman’s announcement.

“We are honored to provide a bid to bring the 2024 Republican Presidential Convention to Las Vegas,” he said. “This is a huge opportunity for our city and state to bring business back to the convention capital of the world. Outside of the honor of hosting the Republican convention, this is about bringing hundreds of millions of dollars to Nevada.

“We were excited for the opportunity to pitch this in 2020 and are confident that Las Vegas is the right place to hold the convention in 2024. Our state is hurting, having the highest unemployment rate in the nation the past two months. We need economic stimulus and this convention would certainly provide an economic boost.”

Goodman also expects to hear from the Democratic National Committee regarding that party’s national convention, which the city also would welcome.

Four times in the last 137 years the same city has hosted both political conventions in the same year: Chicago has welcomed both parties four times, Philadelphia once and Miami Beach once.