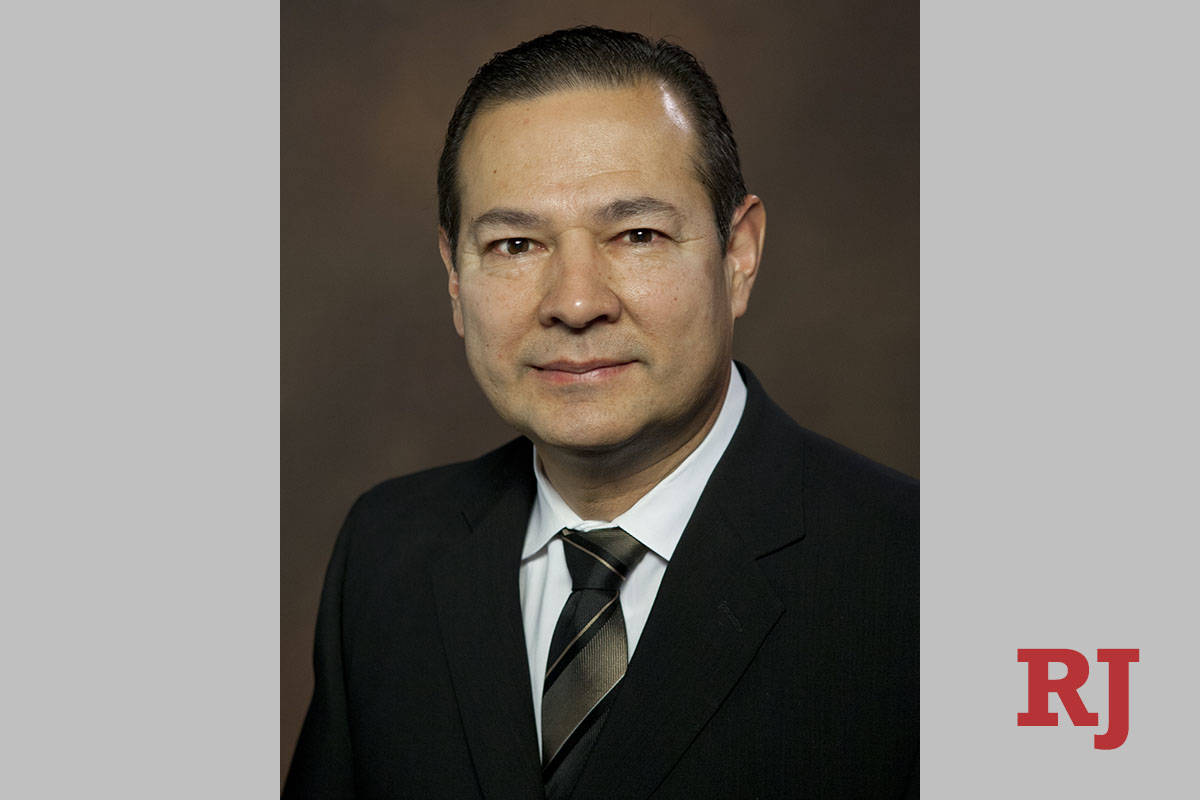 The Las Vegas City Council on Wednesday agreed to a two-year contract with new City Manager Jorge Cervantes, confident that the former chief operations and development officer is the right choice to lead the city through perhaps the worst financial crisis in its history.

Cervantes, 59, will be paid $250,000 yearly, plus benefits. He will replace City Manager Scott Adams, who is retiring on Nov. 14 after three years as the city’s top administrator and more than four decades in local government.

Cervantes started in City Hall in 1998, working his way up from a project manager to public works chief to eventually an executive overseeing operations and maintenance, parks and recreation and the city’s Development Services Center, according to his city biography.

“I can assure you that our 2,600 employees plus myself stand ready to continue to serve our community to the best of our ability,” he told the council. “And I really look forward to working with each and every one of you, both individually and collectively, to continue to move our city … forward.”

He was one of four city executives who applied for the job as part of an internal recruitment process, and city lawmakers chose him to take over for Adams on Sept. 2. The contract approval Wednesday makes it official.

“Everybody that I’ve spoken to inside the building and outside the building has had nothing but warm things to say about you from a personal level as well as from a professional level,” Councilman Cedric Crear said, “and I think that’s pretty hard to accomplish sometimes because, you know, you have to make some tough decisions.”

Indeed Cervantes assumes leadership at a pivotal moment in the city’s history, when the coronavirus pandemic has significantly choked off its main revenue stream, sales tax, and all but upended pre-crisis budget projections.

“I know you’re coming on board during a very trying time, but I know you have the experience and the grit to get us through it,” Councilwoman Olivia Diaz said.

Diaz said she believed Cervantes is the first Latino city manager in Las Vegas, noting that, “It’s always so helpful when we see ourselves in leadership positions.”

“The reason I like you so much is because you remind me of a cop,” said Councilman Stavros Anthony, a retired police captain. “When I ask you a question, or when I ask for your opinion, you just give it to me. You don’t go around in circles, you don’t pontificate, you don’t hyperbole. You just give me the facts, man.”

Cervantes will officially start his duties on Nov. 15 and the contract expires Nov. 14, 2022, according to a copy of the agreement.