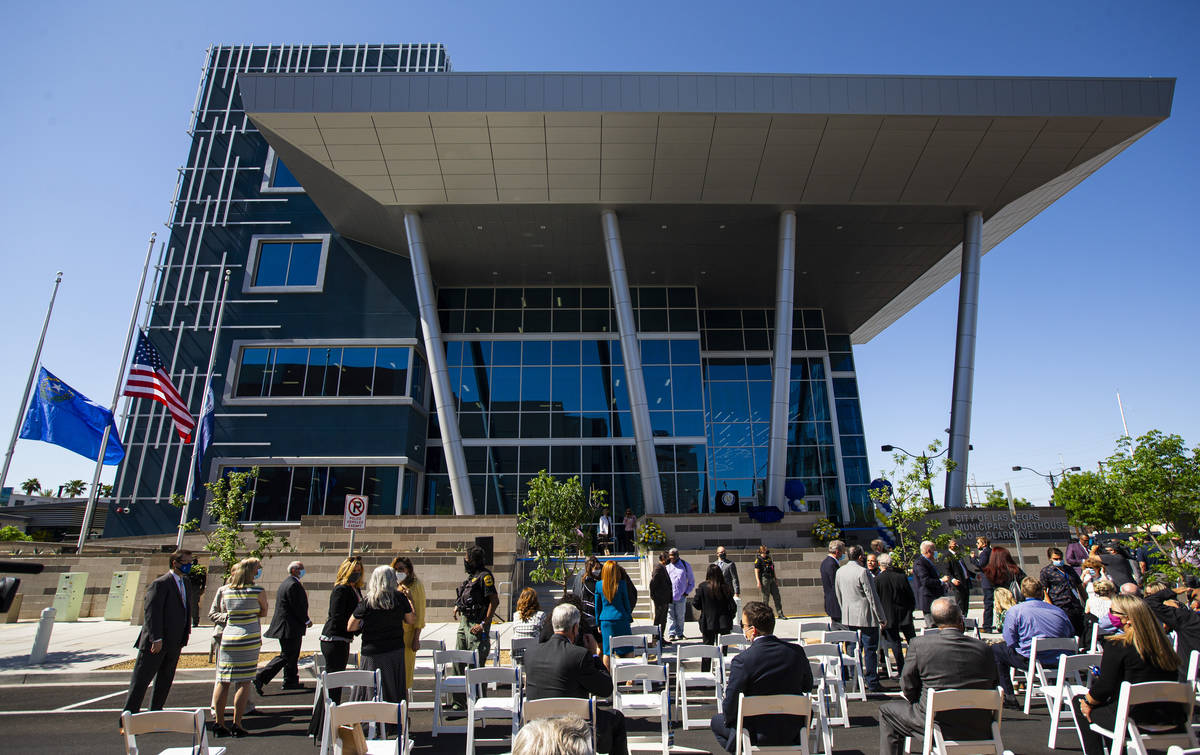 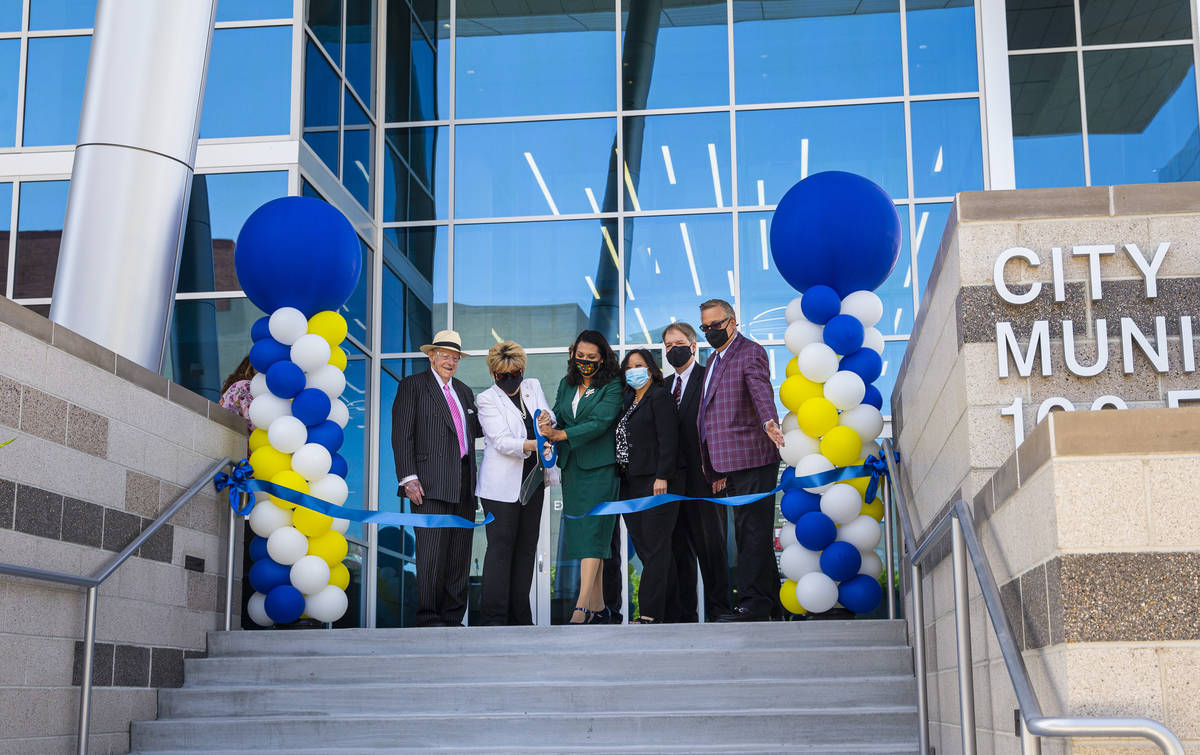 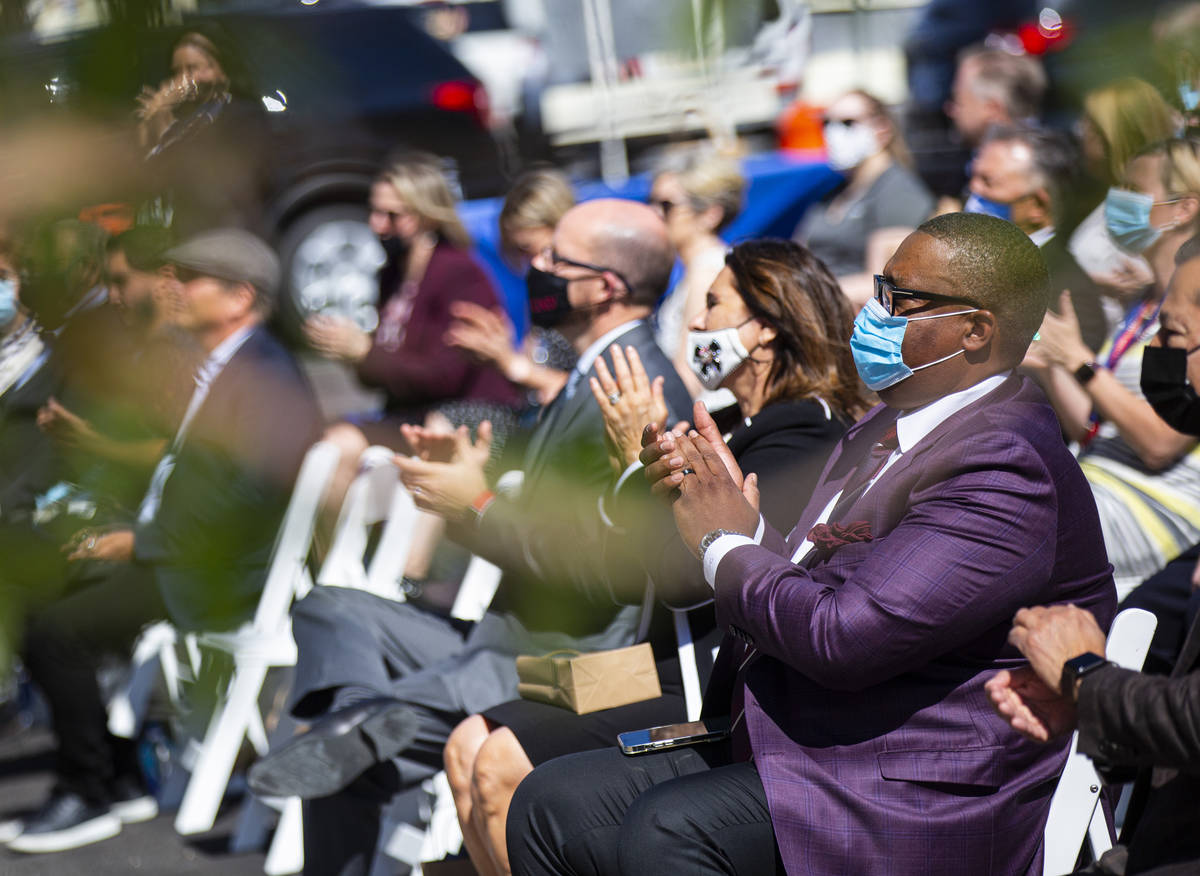 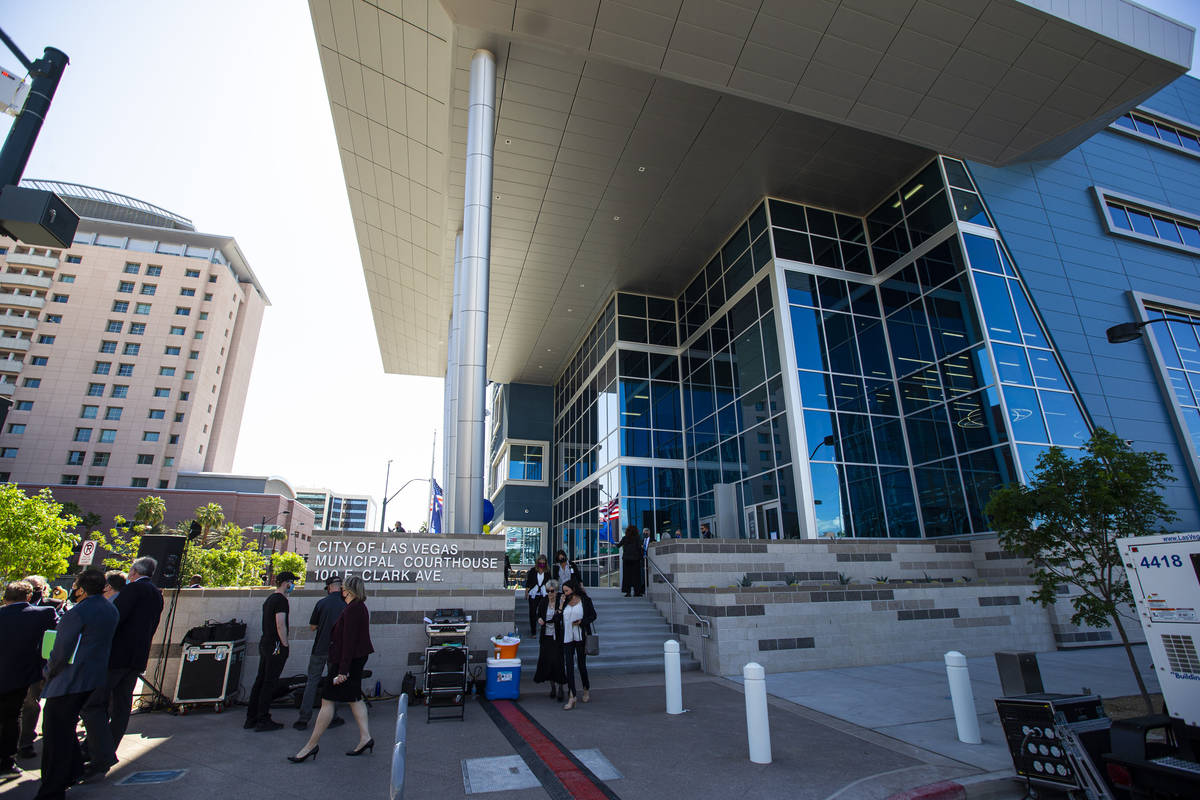 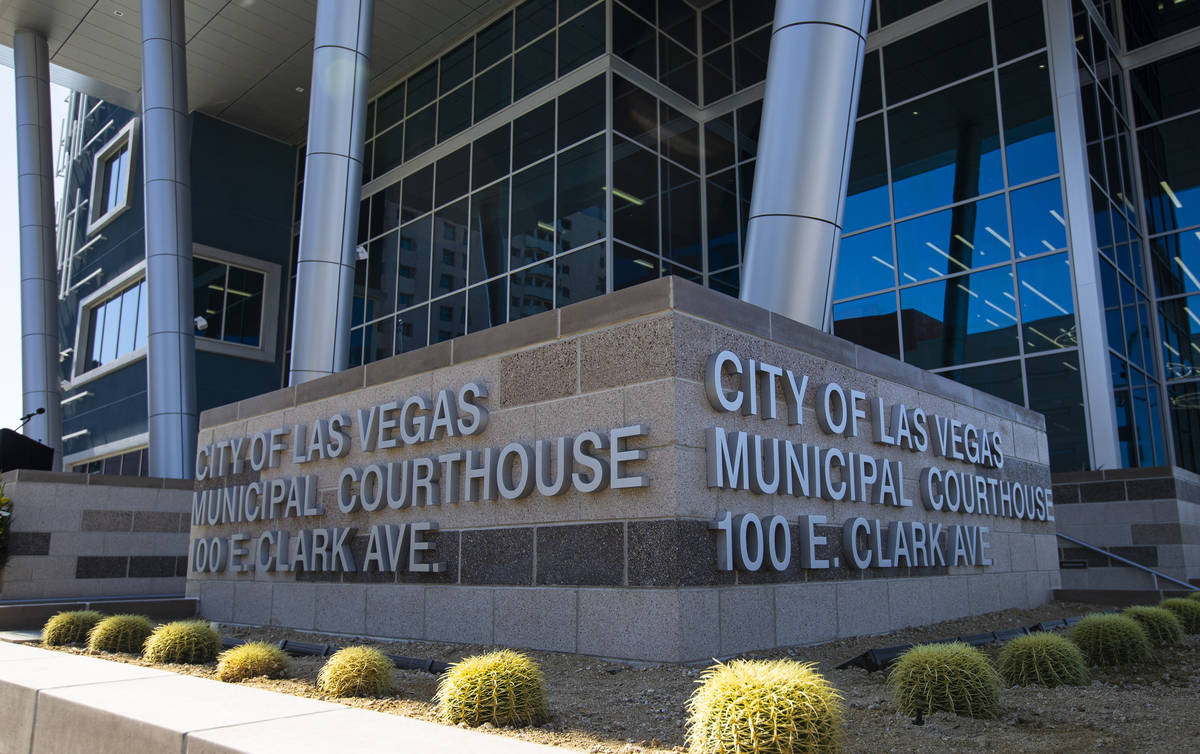 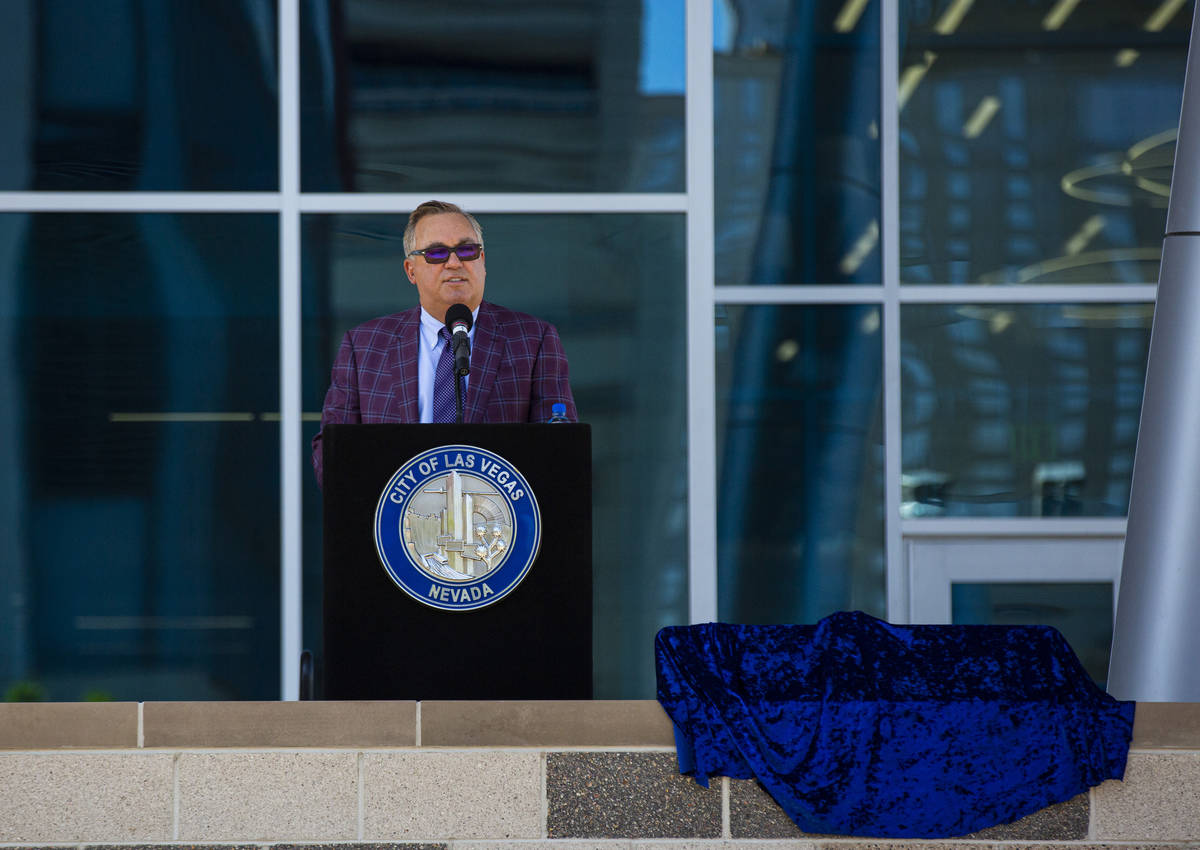 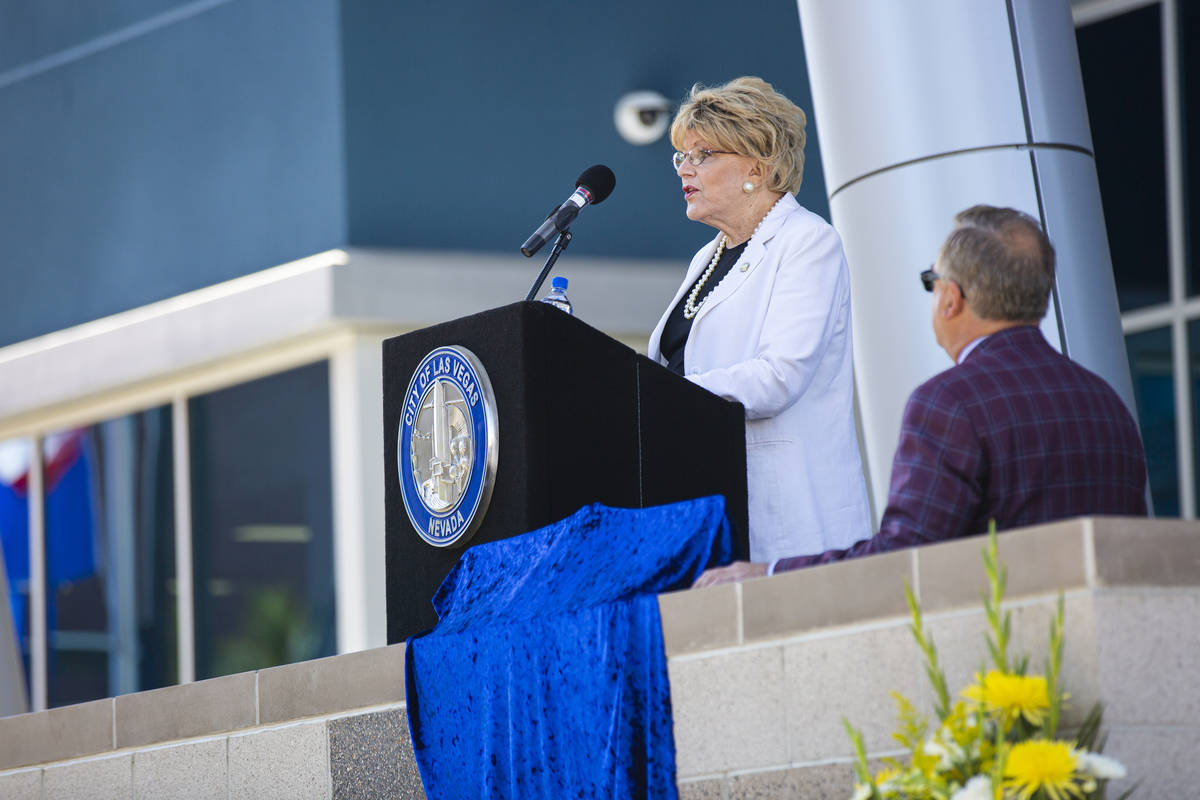 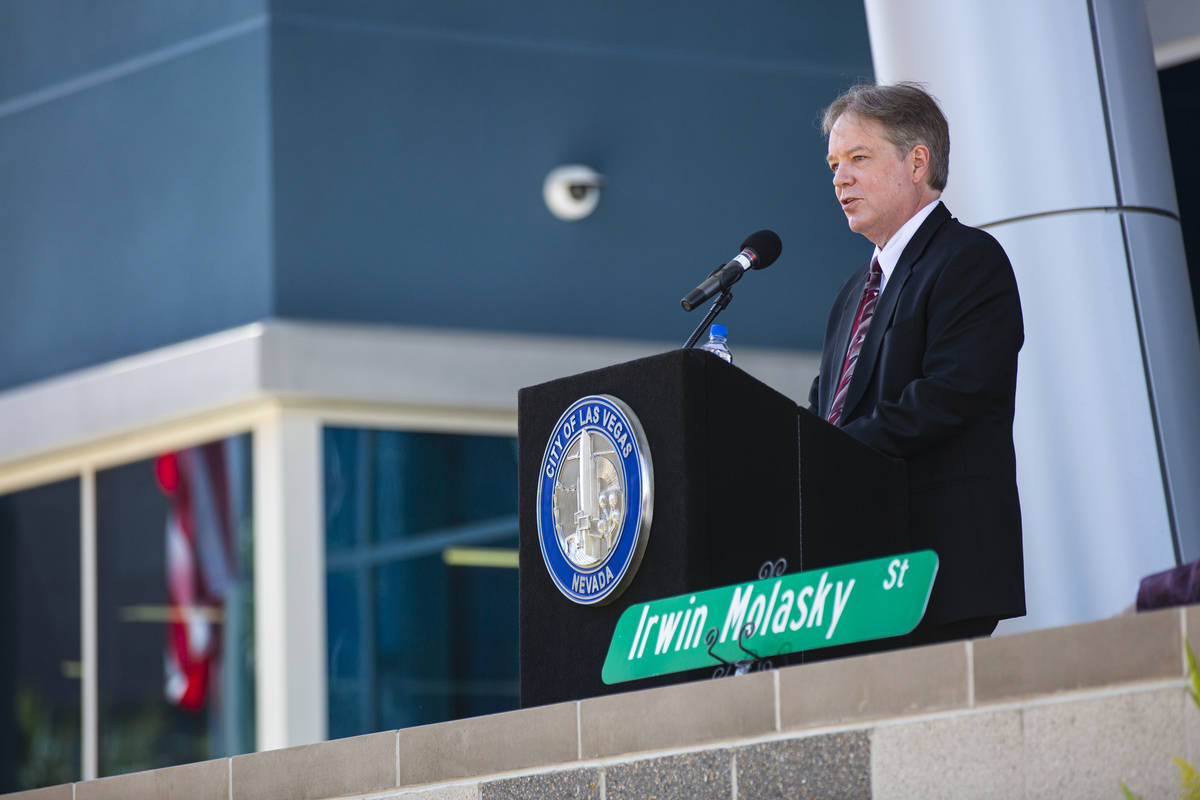 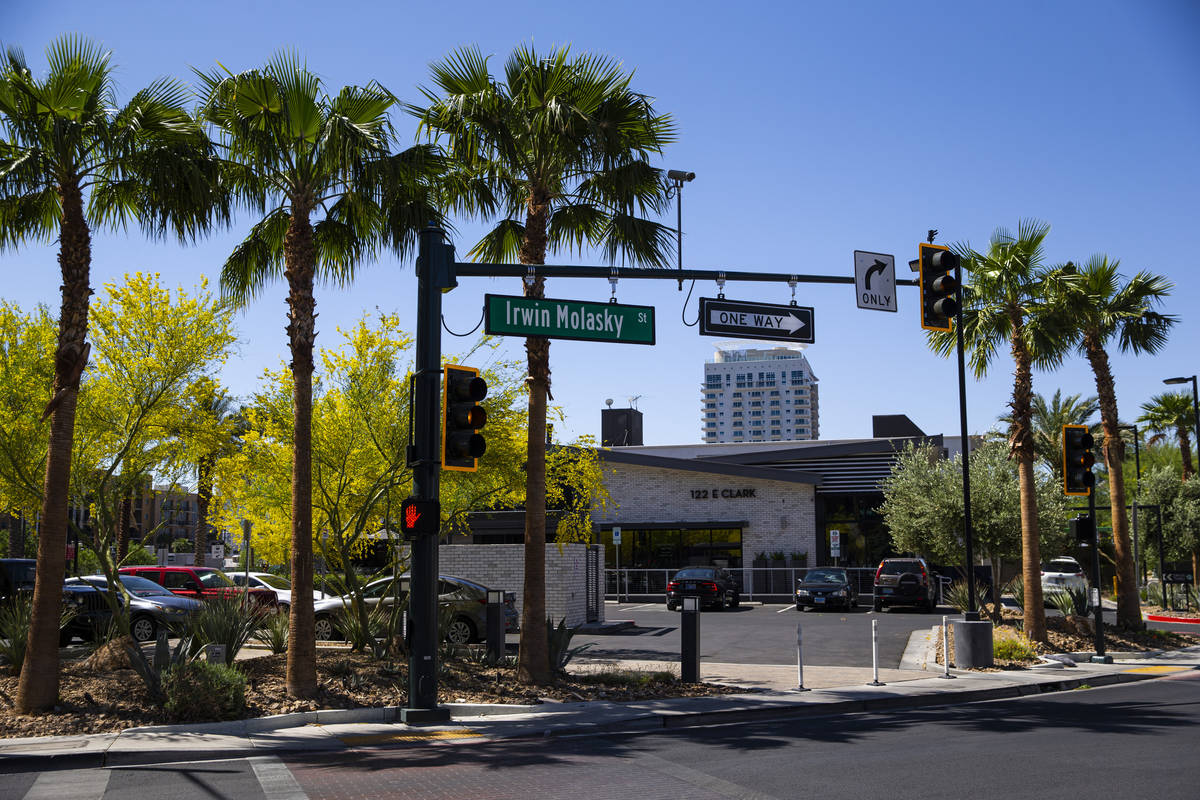 Irwin Molasky Street is unveiled during the opening ceremony for the $56 million Las Vegas municipal courthouse, a project led by the Molasky Group, in downtown on Thursday, April 22, 2021. The courthouse was the last project Irwin Molasky overlooked before his passing last year. Chase Stevens/Las Vegas Review-Journal) @csstevensphoto 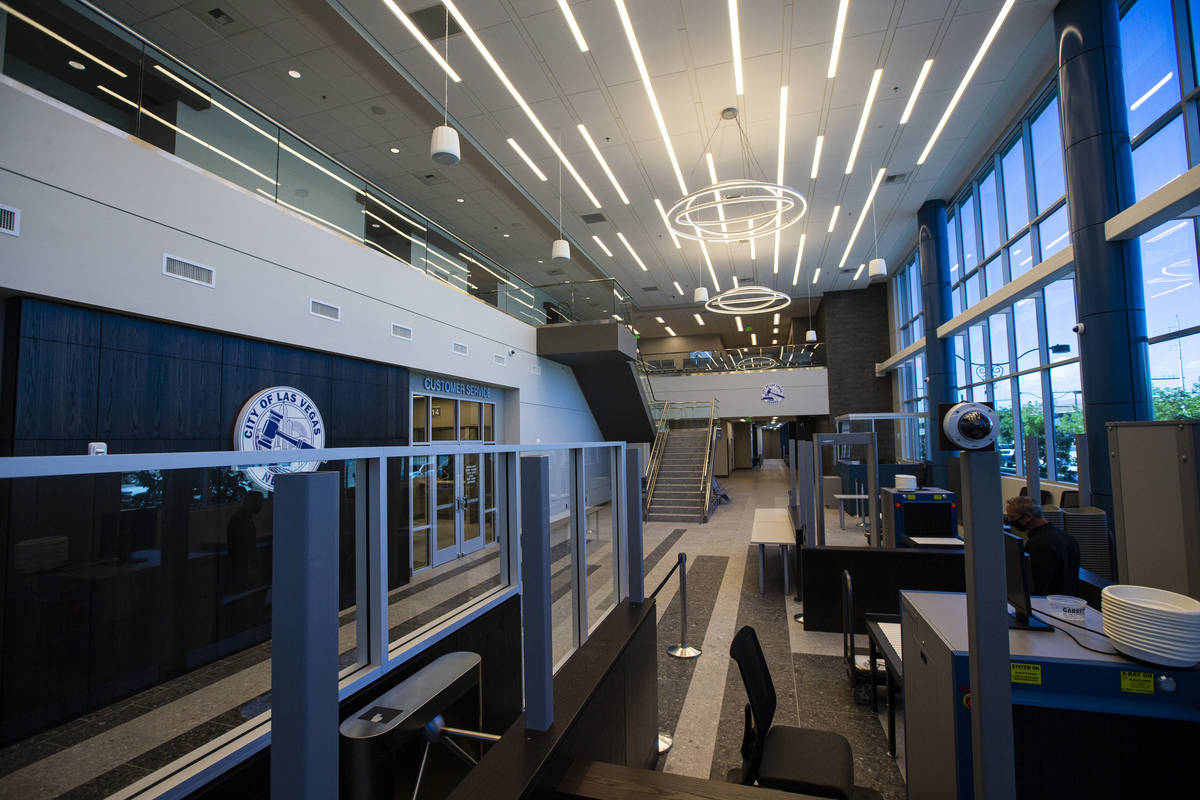 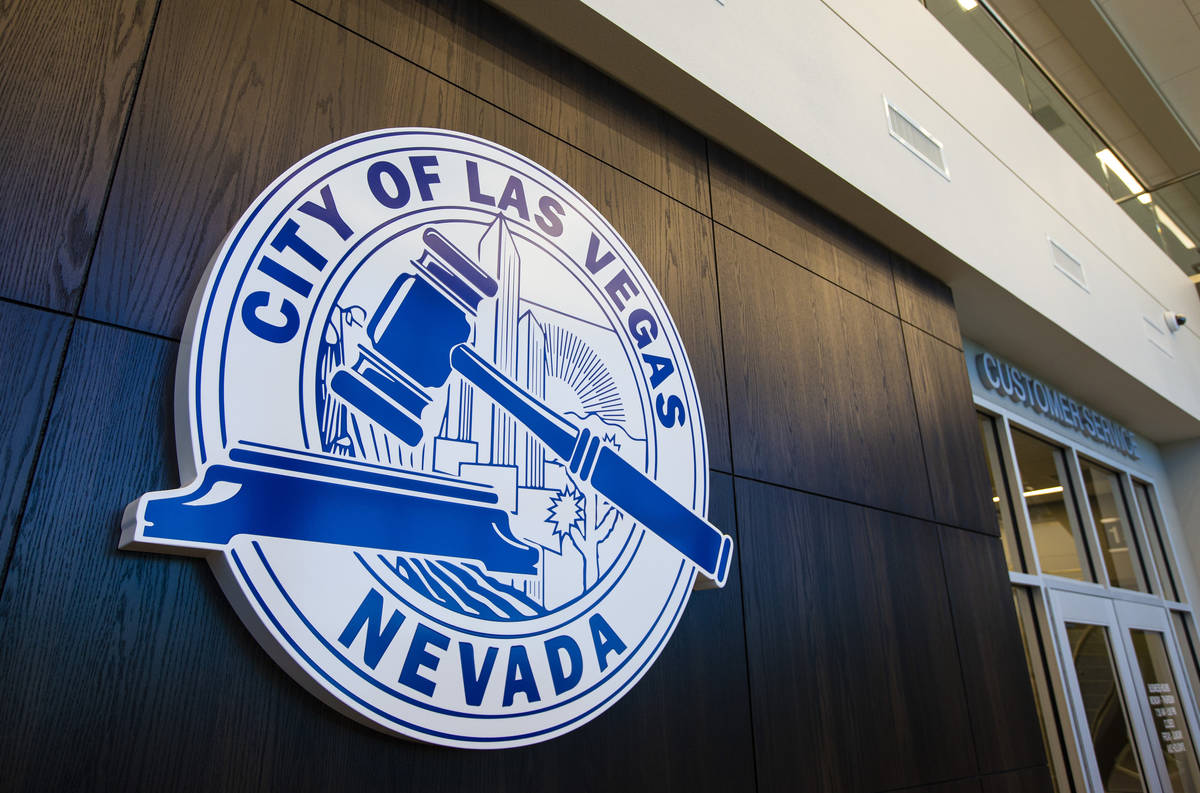 Las Vegas officials christened the city’s new $56 million municipal courthouse with a ribbon cutting on Thursday, two weeks before the four-story building is expected to open to the public.

The 140,000-square-foot courthouse, across from City Hall downtown, will hold chambers and offices for all six municipal court judges when it opens May 3. It will also house the city’s traffic court and city attorney’s criminal division as well as spaces for court administration, customer service and classrooms.

“Our new courthouse is beautiful. It’s a modern statement,” said Municipal Court Judge Cynthia Leung. “It’s efficient in design and it’s the ideal home for many more years of innovation and service.”

The City Council approved its construction more than two years ago and reached a deal with Clark County to depart the Regional Justice Center, which the two entities had been sharing for court operations since it opened in 2005.

While consolidating courts to a single location made sense back then, the city’s relocation to its own courthouse will now free up much needed space for both the city and the county as the Las Vegas Valley continues to rapidly grow, officials say.

Under the deal that set the path for the city to move, the county agreed to pay $23.5 million to the city to buy it out of its lease at the Regional Justice Center. The city put the payment toward courthouse construction and funded the remaining price tag through general obligation building bonds.

Mayor Carolyn Goodman said the “sparkling new courthouse” is the latest piece of a fully realized justice corridor in the heart of downtown. And Councilwoman Olivia Diaz, who represents the district where the courthouse sits, called it a “historic day.”

The courthouse, located at 100 E. Clark Avenue, is expected to see about 1,000 people a day when all pandemic-era restrictions are lifted, according to Municipal Court Chief Judge Bert Brown.

It was developed by The Molasky Group of Companies. City officials also unveiled Irwin Molasky Street — formerly Transit Station Street which runs along the east side of the courthouse — named after the influential developer who died last summer.

Municipal court judges preside over traffic violations, criminal misdemeanors, and municipal code and low-level civil ordinance infractions that occur in Las Vegas. Court services will be closed to the public until May 2 while the offices are relocated to the new building.

More room for county courts too

The county’s District and Justice courts will be getting nine courtrooms in the justice center with the city’s departure, plus chambers and office areas, he said.

Now fewer judges will have to share a courtroom, meaning they can be more productive by holding court longer if necessary instead of needing to hand off the room to the next judge by a certain time, according to Wells.

He said the county will also be moving a substantial amount of staff presently working in a different building back into the justice center. And he expected customer wait times would shorten as well.