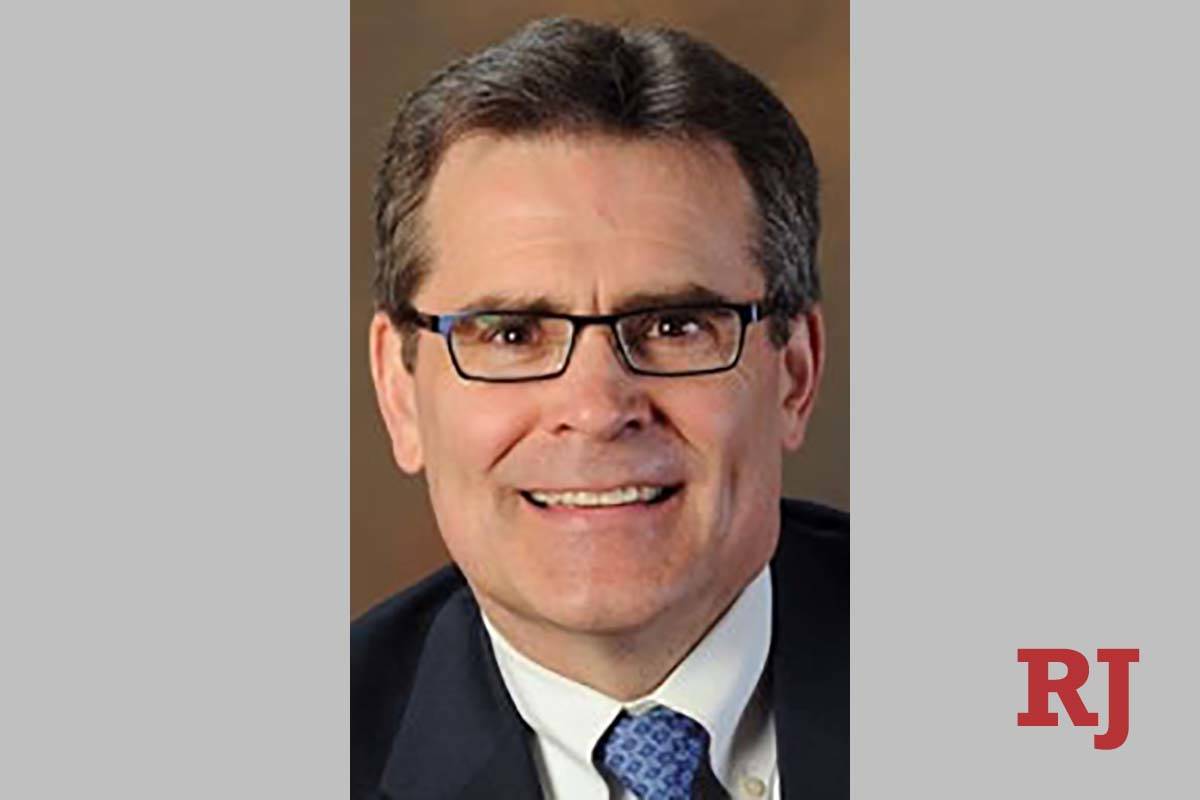 Las Vegas City Manager Scott Adams will retire in November after three years as the city’s top administrator and more than four decades in local government, he told employees Wednesday.

“You just get to a point where you decide personally that it’s time to hang up the shoes and retire,” Adams said in a phone interview.

He notified city workers that he submitted his notice of retirement and resignation earlier that morning to Mayor Carolyn Goodman and the City Council.

“After 43 years of work in local government here in Las Vegas and around the U.S., I believe it is now time for me to retire and spend more time with my family and do things that have been difficult given the hectic schedule I’ve maintained as a chief executive over the past 30 years of my lengthy career,” Adams wrote.

His last day will be Nov. 14, according to city spokesman Jace Radke.

Marked on the calendar

Not any one thing will precipitate his departure beyond the fact that he turns 65 on Nov. 14, a deliberate exit date, and that he had been considering a near-future retirement for the past three or four years, he said.

And while he acknowledged a perception of friction between himself and at least some city lawmakers, Adams said he has a “great relationship” with the council and “it’s completely a non-issue” in his decision.

But before he could comfortably step down, he said he wanted to first ensure the city’s budget was balanced, offering a sense of stability to the city so he could avoid feelings of guilt for leaving. The council passed a $572 million budget in May, balanced in large part by pared-back personnel spending and use of a special fund.

“The rest of the situation we all find ourselves in is an incredible amount of uncertainty over what the next one to three years will bring,” he said.

Adams, 64, joined the city in 2004 as the director of business development before climbing the ranks to oversee urban redevelopment in 2009 and rising to a deputy city manager in 2013, according to his LinkedIn page. He became the city’s top executive in July 2017.

In May 2019, Adams was given a new two-year contract, 4 percent pay raise and $10,000 bonus. It is set to expire in July 2021 and, if not for his planned retirement, would had to have been renegotiated before then.

Adams told employees that he believed he had made a “significant contribution” to the city’s future, particularly in the redevelopment of downtown, during his tenure as city manager and he wished them and elected officials well.

“As a city employee, Scott was my mentor and spent numerous hours working with me as I learned how to navigate my career path,” Councilman Brian Knudsen said in a statement. “My continued investment in economic development and the development of the medical district is founded on the time I spent with Scott. I speak for many, and on their behalf, the community is better for his service.”

Most recently Adams has been the point person on the city’s response to the economic crisis brought on by the coronavirus pandemic and he has generally received the confidence of elected officials.

But there have been moments of tumult: He and the council have battled over contract terms, later downplayed to be a simple disagreement over process, and Councilwoman Michele Fiore has publicly reminded him of the council’s ability to fire him as she questioned giving Adams too much control.

Adams said by phone that it was important to avoid wading into the politics of city government, noting that city residents “just want the city well run and, when they call (with an issue), they want to get somebody.”

He said he plans to do part-time consulting, the “fun work,” following retirement and to visit his children in different parts of the country — pandemic permitting.