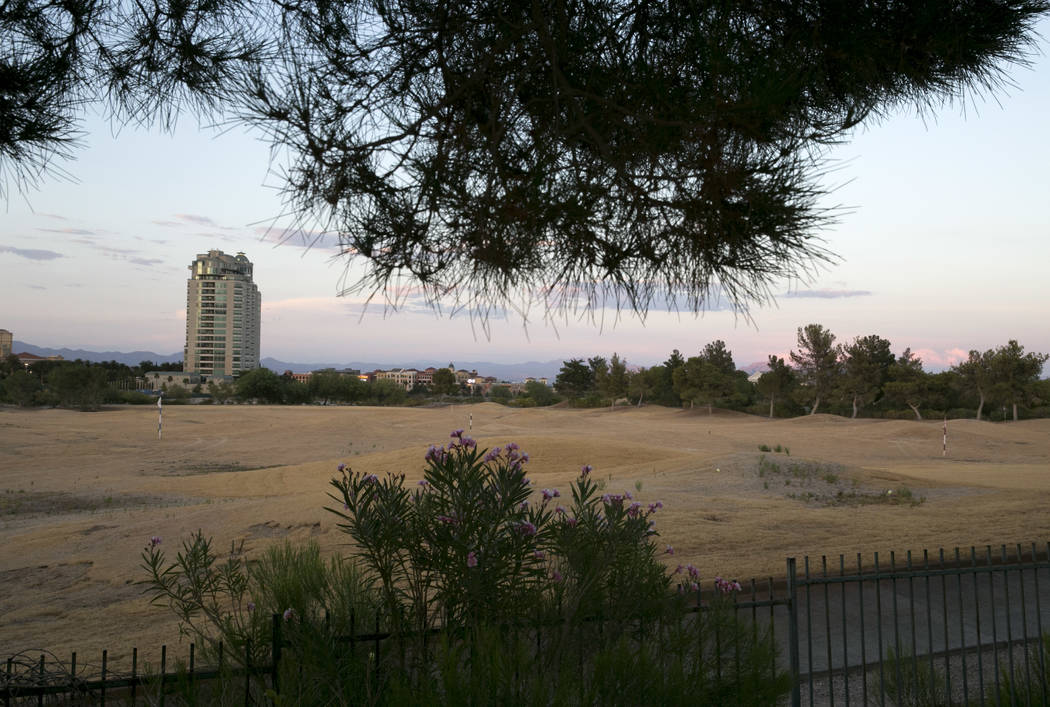 Former Las Vegas Councilman Bob Beers said he knew the city was in the right in 2017 when it approved development on the Badlands golf course, one day after a three-judge panel of the Nevada Supreme Court upheld the city’s action.

Beers, who lost his re-election bid in 2017 to now-former Councilman Steve Seroka largely because of the debate surrounding the Badlands development, said the court’s ruling affirmed the city’s actions years ago.

“This was as expected, as it should have been,” Beers said. “The law surrounding this question was very thoroughly looked at by the city attorney’s office and city planning department. There was never any doubt; in fact, the opponents told me privately that they had no doubt. Which to me makes this case clearly caused by bad faith suing.”

Neighbors opposed to the development sued the city, contending officials failed to follow their own rules when the development was approved. But the court rejected that argument in its ruling released Thursday, saying that the city approved the development properly and that developer Yohan Lowie was not required by law to file a “major modification” of the Peccole Ranch Master Plan.

‘The law is the law’

Beers said he was confident the city’s initial approval of development on the golf course would be upheld by the Supreme Court despite the opposing side winning a “temporary political victory” in District Court.

“I knew it because the law is the law,” he said. “I’m always very careful in how I approach my job.”

Beers believes he would have won his re-election bid if it weren’t for the Badlands-related issues. A total of $1.1 million was spent during the race by three political action groups and the three candidates — Beers, Seroka and Christina Roush — vying for the seat.

“Oh, absolutely (I would have won). This issue is what the entire election was about,” Beers said. “It was the most expensive City Council race in the history of the state, and it remains that way. Not because of incumbent spending, but because of the handful of people who put up a ton of money on the issue that decision was addressed (in the ruling).”

Councilwoman Victoria Seaman, who won the Ward 2 seat last year via special election after Seroka resigned amid a personal scandal, said there are still other Badlands-related lawsuits facing the city.

“We are in a legal fight, and I would like to see a resolution to this,” Seaman said.

Seaman hopes the Supreme Court ruling will help the other legal cases move toward being resolved. The court battles have racked up over $2 million in legal fees for the city and growing, Seaman said.

“Bottom line, it’s about the taxpayers,” Seaman said. “We really would like to see this get resolved, but for us we absolutely agreed that you didn’t need a major modification, and we believe the Supreme Court was right in its decision.“

Lowie told the Review-Journal he wasn’t sure of his plans for the land, saying the market for homes in the area might not be as lucrative as it was before the legal battle began.

Seaman said the council would welcome Lowie to restart his efforts to develop the land, but she wasn’t aware of his plans for the site.

“I hope he comes back to build,” Seaman said. “That would be my wish, that he comes back to work with the city. We’d like to see the improvement in the city, and we would love to see a resolution.”

Although no longer on the council or living in Ward 2, where the Badlands area lies, Beers is still relieved by the court’s decision.

“I’m no longer in that City Council ward as I moved, but all city taxpayers are going to share the cost of this lawsuit,” Beers said. “I as one of those taxpayers will be very happy to see the bad-faith abuse end.”

4
Explore our guide as early voting for Nevada primaries begins